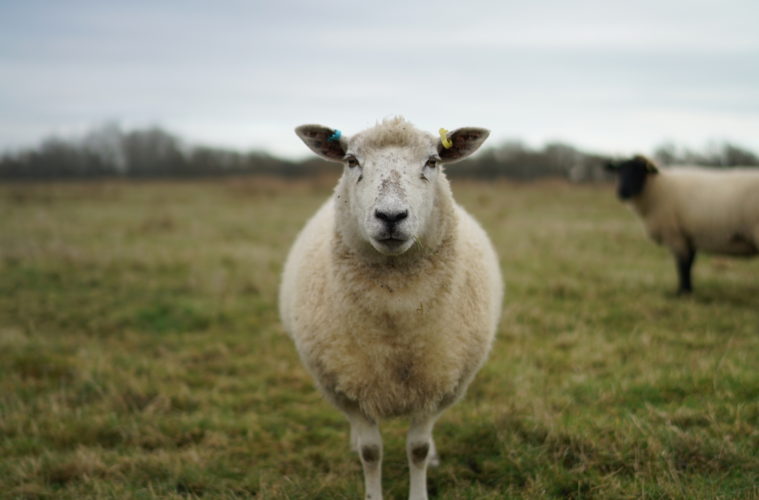 Brexit and farming: What happens next?

Melanie Steele explores what Brexit will mean for farmers and food producers 6-months on from the referendum..

Six months have already passed since the Referendum on Brexit. Just about everyone now accepts that we are going to leave the EU; we are even beginning to believe that President Trump is not something dreamed up on a specially crazy Simpsons episode.*

But when you try to focus on what all this means for boots-on-the-ground farmers and food producers in the UK, the view gets distinctly murky. We are all beginning to realise that it isn’t just that cutting the links with the European Union will take a very long time but also the fact is that Brexit will involve many different changes, and impacts. While we’re on the topic of farming, if you are someone who is looking at ranches for sale, you can still go ahead with this. But taking Brexit into consideration would be beneficial, as it could affect you too, even in the states.

I outlined some hopes (along with quite a few fears) last June in my post Brexit and agriculture: what happens next? How do things look now 2017 is here?

In an attempt to answer that question I’m going to go back first to August 2016, and a report published by the Campaign for the Protection of Rural England (CPRE) entitled ‘New Model Farming: Resilience Through Diversity’ (http://www.cpre.org.uk/resources/farming-and-food/farming/item/4347-new-model-farming) . I’ll also consider advice given by the Country Landowners Association (CLA) to its members at a talk delivered in various venues in the Autumn. Finally, I’ll give a very quick summary of opinion at The Oxford Real Farming Conference held on 4/5 January in Oxford.

Brexiteers exhort us, not always kindly, to be optimistic. Optimism does not, unfortunately, alter the fact that the UK agriculture sector overall, including farmers and growers, agricultural machinery, technology and advisers, is far smaller than the retail sector, financial services or the health service. Which means that farmers, growers and small food producers, have limited political clout. Which is slightly silly considering it’s arguably the UK’s if not every countries most important industry, in order to keep the majority of their population fed. Are the UK going to have to depend on farm operations from other countries like Hitchcock Farms for example?

However, I acknowledge that optimism makes change a lot easier to bear, and there is one fact of life in Britain that gives me hope. Lots of British people, whatever their background, seem to like the idea of farming. In particular they do not want to see a farmed landscape disappear.

Only two months after the Referendum the CPRE produced its long ‘state of the sector’ report. It is unsentimental about Brexit, noting how some UK farmers rely for all their net income on EU support. But it does not despair. Instead it argues that we should take Brexit as an opportunity to preserve and even enlarge that traditional British farming landscape so many of us cherish. Clearly it is not talking about the landscape generated by industrial scale agriculture, with its huge sheds of indoor chickens, pigs or dairy cattle fed on imported cereals, or intensive horticulture with its acres of irrigated plastic-covered fruit and veg or vast heated greenhouses of salad veg. What it means is the landscape of mixed farming and extensive horticulture – fields of crops, grass, fruit and vegetables; animals (sheep and cows principally, but also outdoor pigs and chickens); hedge rows and trees; barns storing hay and straw and animals in the winter; and low-impact diversification such as holiday cottages, farm shops and rural offices. The point the CPRE makes is that these landscape features produced by farmers and horticulture not only look good, they do good by enhancing the environment or minimising environmental damage, increasing biodiversity and delivering benefits to their localities.

Now for the nitty gritty. The benefits of this worked landscape comprise ‘natural capital’ (public or environmental good) and can be contrasted with the hidden or not so hidden costs of intensive agricultural practice such as industrial sheds, acres of plastic and daily lorries, compromised animal welfare, and pollution. The CPRE argues, then, that any future taxpayer support should only go to ‘traditional’ farming and horticulture sectors which can demonstrate natural capital. For the CPRE, however cheaply an industrial scale farming model can produce food, their collateral costs, in water pollution and soil degradation, for example, are just too high. Indeed the CPRE’s whole argument is that farming should be for ‘multiple purposes’; growing food, per se, is not enough.

I imagine that some older farmers in particular will ask, “why isn’t farming for food enough?” The CPRE’s argument is that the current culture of cheaply produced food (where none of the collateral costs or natural capital figure), also too often leads to problems of poor nutrition (especially in poorer parts of society) and hence poor health (obesity, diabetes et al) and high costs to government through strains on the health service.

Here then, are in summary, the CPRE’s key practical recommendations:

? a policy to address the waste and cost of feeding cereals to intensive livestock

? support to aid new and younger entrants to farming

? better support and wider dissemination of farmer-led innovation and agricultural research as opposed to uncritical approval of expensive biotechnology coming not from farmers but from industry

Above all, to survive and thrive, with ‘resilient’ businesses, the CPRE thinks that farmers need to find ways to make money in addition to selling the food they produce. To illustrate their detailed arguments the Report focuses on four different farm enterprises. The key feature of all of them is how diverse and creative they are in their approach to farming their land: think multiple purposes as the antithesis to monoculture.

Much could be said. Firstly, I hope fervently that the politicians given responsibility for agriculture (most of whom seem to know frighteningly little about it) will read this Report as it unpicks some of the complexity of the farming sector (and its financial tribulations) very effectively. The argument for diverse enterprises is surely sensible, if exhausting, for farmers who already feel they are juggling. Its wish list too, is familiar, containing very many of the ideas mooted in the organic/pasture fed/slow food movement.

The CPRE articulates a vision for the future direction of farming, one that does not assume subsidies will continue. The CLA presentation for its members (35,000 in farming and rural business) was practical. What exactly did Brexit look like it may deliver for rural businesses come 2020?

Where the CPRE argues that farmers should farm in an environmentally friendly way, the CLA claimed that only those farmers who do so can hope to carry on receiving support. This conclusion followed their meetings with George Eustice and others in which they found that the big players likely to influence the government include the National Trust, the RSPB and the Tenant Farmers Association. Food security is apparently seen as much less of an issue than so-called “biodiversity obligations”, and hence production (of food) is less likely to attract financial support, especially in a gung ho free trade atmosphere. And on trade (the Brexiteers’ big trump card, if I can use the phrase since the US election), Christopher Price, (Director of Policy and Advice) advised farmers not to rest too much hope on favourable deals. Agriculture is worth so much less than other trading sectors politicians are not that interested. Incidentally, in response to a rather plaintive question about red tape he also insisted that farming bureaucracy was not going to go. Any farmer expecting tax-payer support would have to accept that full accountability would need to be demonstrated; environmental obligations would necessitate further form filling. This, along with the points about trade, did not go down well with some of those attending, who seemed surprised, having assumed (and been told by campaigners?) that Brexit would make things easier.

This is reviewed elsewhere in Indie Farmer and I will only comment very briefly. What I do want to add is that comments by participants such as Helen Browning (Soil Association), Colin Tudge (ORFC founder) and Doug Parr (Greenpeace) were broadly consistent with the CPRE and the CLA. Brexit represents huge impending change; it may be a threat or an opportunity. It is incumbent on all of us who want to see positive change, to try and make it an opportunity. All also seem to think that whilst continuing financial support cannot be relied upon, those famers who can deliver something more than ‘just’ food may be supported. The question is, what extras are politicians looking for, and what amounts can they (a) afford and (b) justify, to taxpayers, in competition with demands for funding from the NHS, Education, Elderly Care and Welfare?

Right now, it is very difficult to say. There is no doubt that we could as a country rewrite our agricultural and horticultural policies so as to bring about an ecology driven renaissance in the way we work with nature to produce food. But my own feeling is that given the competing pressures and the unwillingness at a global level to move away from fossil fuel – based economic models, a big old fudge is more likely.

If financial support is tied to natural capital benefits (see above) then ORFC farmers and growers will have a head start on their counterparts at the traditional Oxford Farming Conference. But those of us who farm that way will need to work hard to make our ‘story’ persuade a cash-strapped government. In the meantime it seems a good idea to take the advice of the CPRE by incorporating multiple purposes into farming enterprises.

Be optimistic, if you will, but I suspect that being energetic and clear-headed, prepared to try out diversification projects, and very very realistic, will be your best bet in the next couple of years.