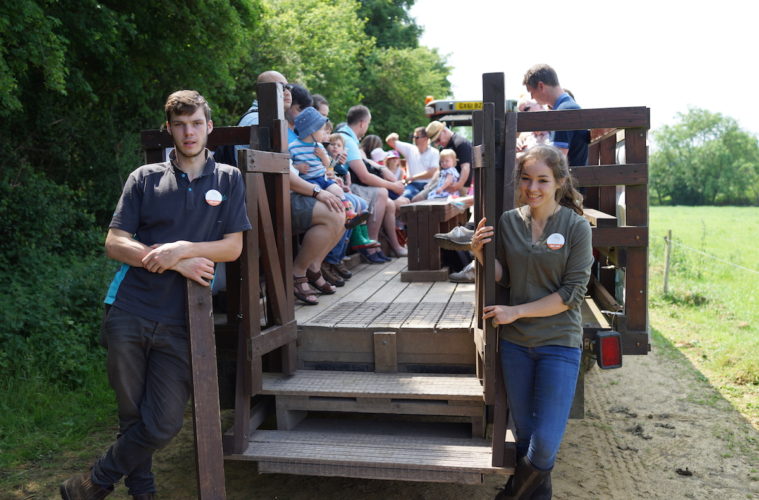 Farming and the community

In this months instalment Organic Dairy Farmer Dan Burdett shares his experience of opening up their West Sussex based family farm to the public and other farm news..

Just as we began to hit the easiest time of the year on the farm, we thought that there ought to be something else to fill that void. Well, we certainly managed that with around 2000 visitors to the farm since 5th June, starting with 900 coming to Open Farm Sunday and then around 1000 theatre goers coming over a two week period to watch Much Ado About Nothing. 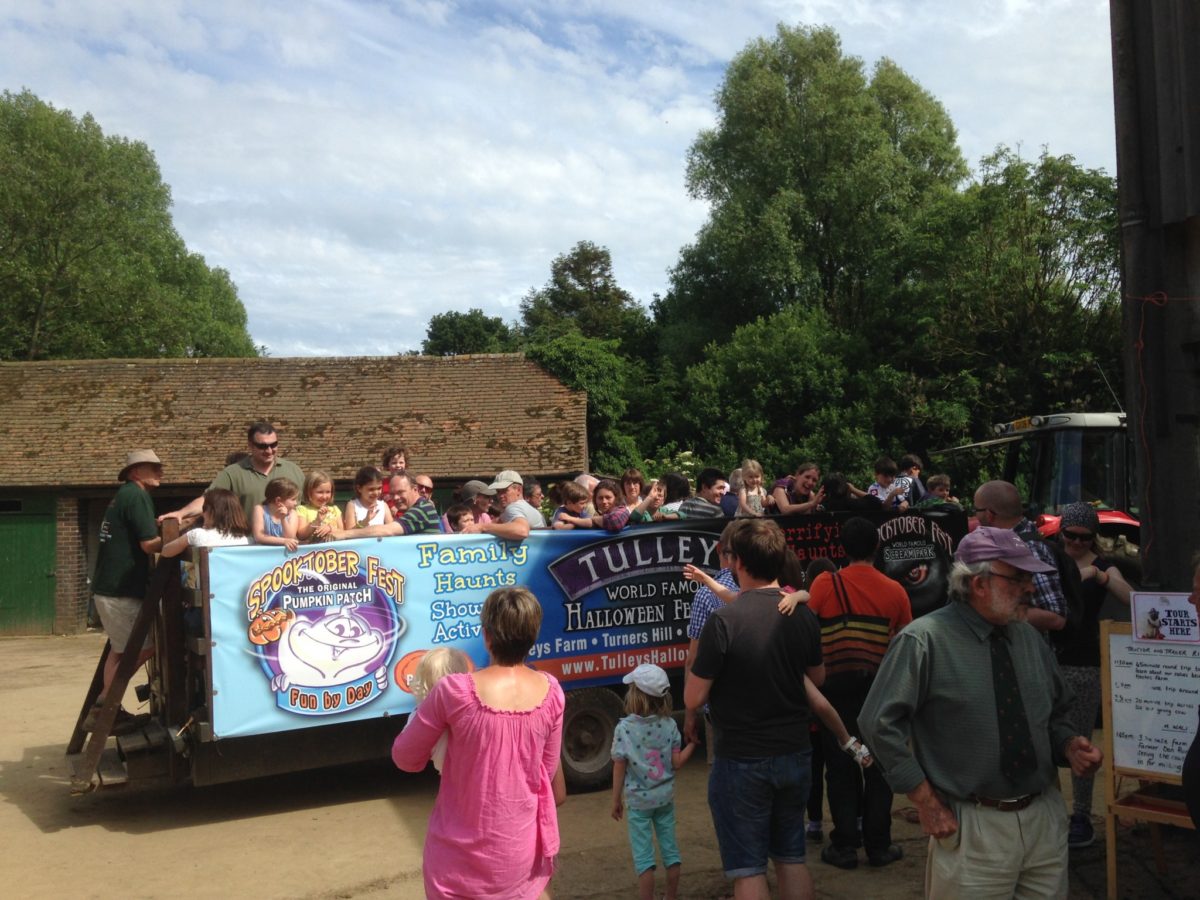 Tractor and trailer rides kept us very busy all day

Firstly I have to say a huge thank you to all those who supported us on our open day. I was blown away by the sheer volume of people from all areas and walks of life who wanted to come from far and wide to visit us on that glorious Sunday. I had budgeted on around 400, so when 550 arrived in the first hour I was in a state of shock for a few minutes as mild panic shot through me! After taking a few deep breathes I realised that everyone seemed to be coping with the unexpected extras and I also saw lots of smiles on faces.

The tractor and trailer rides ran non-stop through the day with some very English queuing making for a stress-free affair. The main reason that we run these open days is to give those outside of the farming world a chance to come and see how great the farming life can be. We try very hard to make it interactive and to be available throughout the day to chat through what we do with as many people as possible. During the busiest periods this was very difficult, but as things quietened down in the afternoon I was able to take a group of 60 or so around the farm on foot. Organic farming is my passion and I love talking endlessly about it on these walks, so I hope I didn’t drone on for too long. I had some fantastic feedback on the day and we also managed to raise over £1000 towards the new care farm at Chailey Heritage. Opening up to the community is very important to us as well as local produce. Using local UK businesses benefits more people than you think. Even the fuel for our tractor doesn’t have to come from far. You can check out lucas-fuels.co.uk for fuel solutions, a local family run business, supplying fuels all around the UK 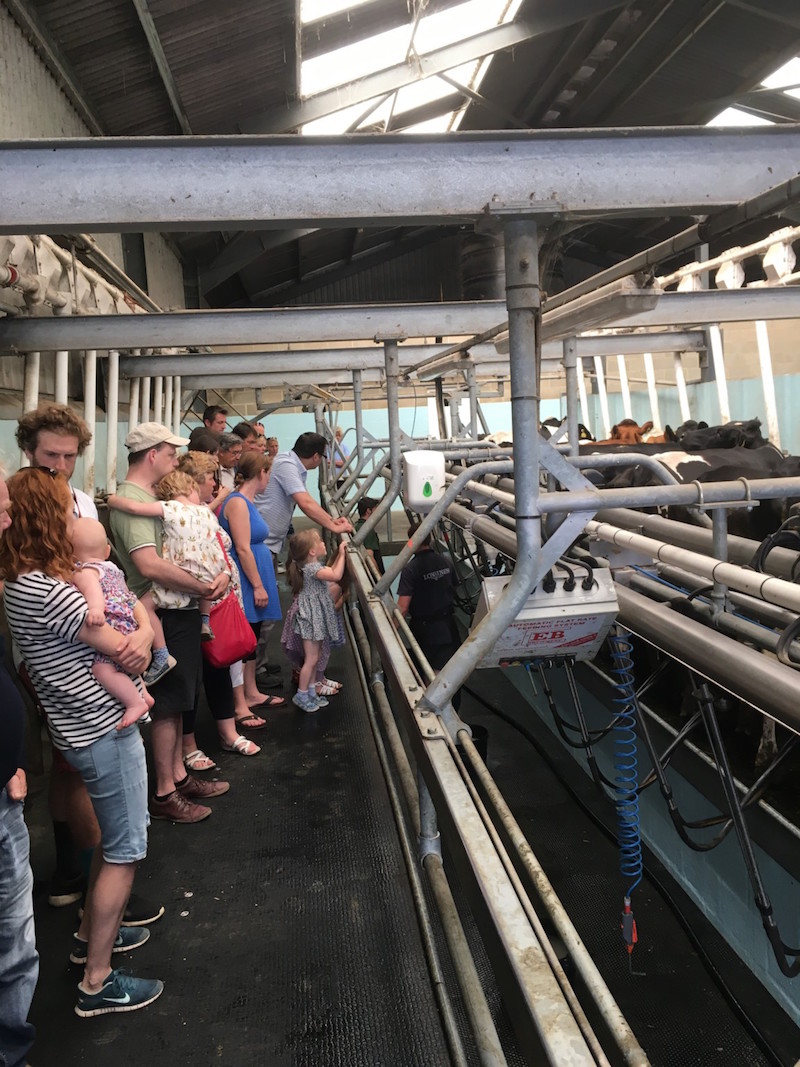 Milking time is always a big draw on the open day

No sooner had the dust settled from the open day then the theatre on the farm opened it’s doors for a 9 night run of Much Ado About Nothing. Now I can’t claim much credit for the staging of this fantastic play but the hundreds of theatre goers who came out with smiles on their faces told me that it was a roaring success. My hat goes off to the set designers and builders who always manage to turn our very utilitarian looking grain store into a fantastic ‘pop-up’ theatre.

Closely following the open day was the South of England Show, where I am part of the committee on the NFU ‘Meet the Farmer’ stand. Here we try to recreate a farmyard experience along with some fantastic local produce and freshly cooked meals from our chef. As with our open day, the reason for me to do this is to speak to as many people as possible about the great work done by farmers in this country. This is often difficult to achieve at such a busy show and I often find myself questioning being there, but the time I do get to spend chatting to our guests is still a rewarding experience.

Farmers will always face challenges, some of which are expected and some which sneak up on you just as you thought you had it cracked! Having had a fantastic growing season thus far, Luke and I had patted each other on the back and looked forward to our summer holidays. However, the grass decided to take a holiday much earlier than we had anticipated. Almost overnight we went from feast to famine as we failed to spot this in advance. Cows are obviously a herd animal, but this is not just in movement terms but also in temperament; when one moans they all moan. They began to brake fences and coral themselves into ever tighter bunches by the gate waiting for the next feed. 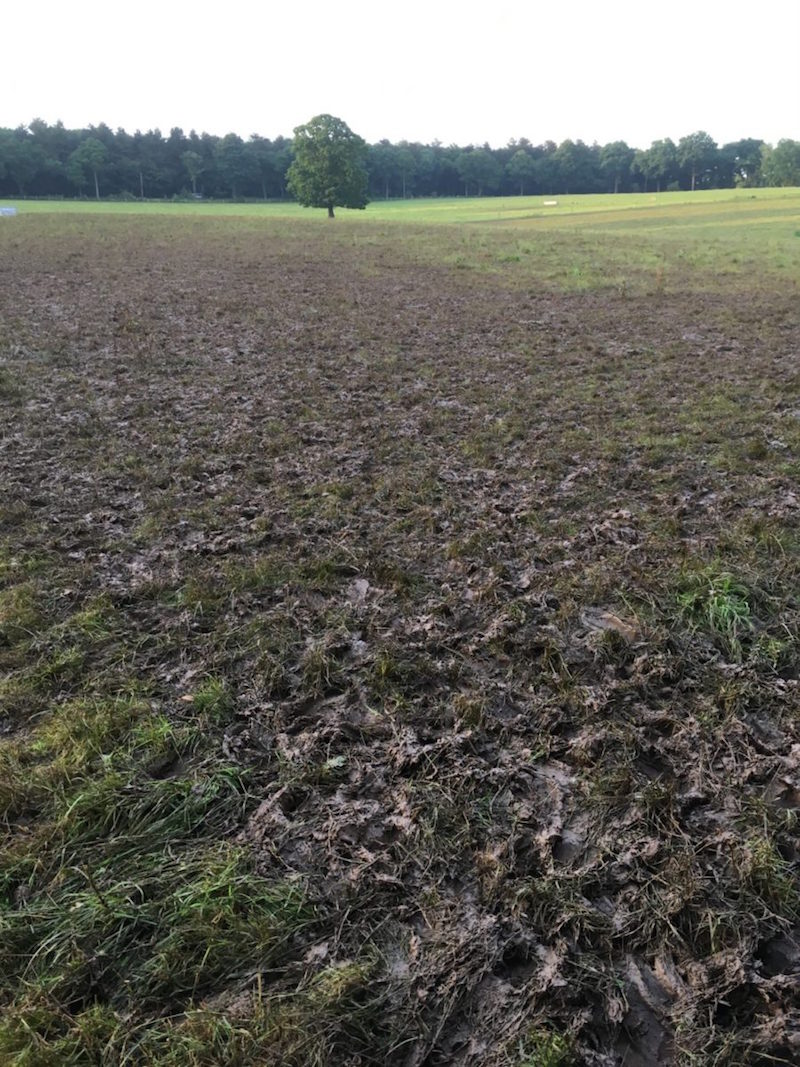 The cows recreated the battle of the Somme one wet afternoon

This all culminated in one of those awful cloud bursts we’ve had recently. The cows, in their bid to find shelter, ran from one side of the field to the other until the whole place looked like a swamp. Once the rain stopped and they came out of hiding I was able to give them more fresh grass to eat and the moans and groans coming from them eventually subsided. At this time of the year, as long as they aren’t on this area for too long, the ground and grass should bounce back in a few weeks time.

Things haven’t been all bad though. Two years ago we started planting multi-species leys instead of just rye grass and clover. In their first year we saw some encouraging signs, with plenty of variety and good growth through any drier periods. This year they have really taken off, with some fantastic growth being recorded and the cows now finding them far more palatable than before. 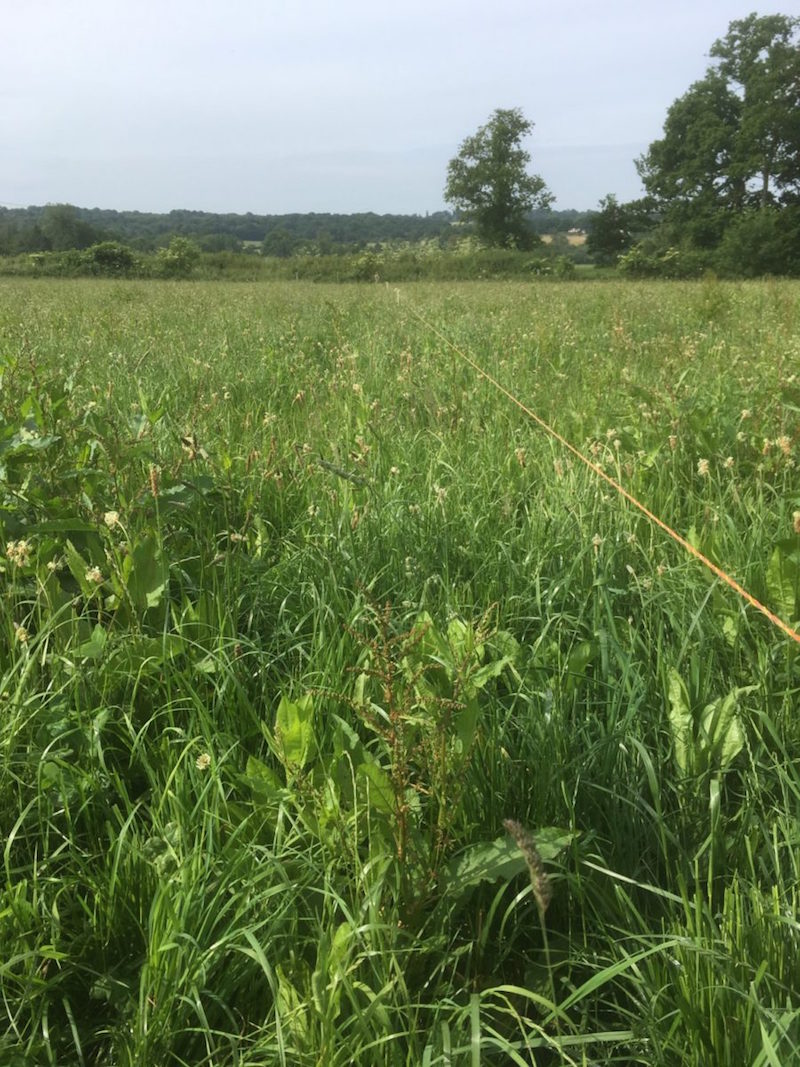 These diverse herbal leys offer the cow plenty of choice

As I write this we are beginning the summer wind down for real. Tomorrow morning the first cows sold this week will be leaving the farm for pastures new. I am selling around 60 cows and heifers (cows not yet calved) to a brand new farm in Warwickshire, where they will be milked for a few weeks before they have their next calf in October or November. I now have enough cows here who will calve in a 6 week period to allow me the luxury of selling my late calving ones. This will allow us to fully concentrate on those that will have their calves later this summer and also allow the team here to have some down time whilst we stop milking for a few weeks. It is always sad to see cows you know so well make their way onto the lorry but it is great that they will continue to be productive somewhere else.