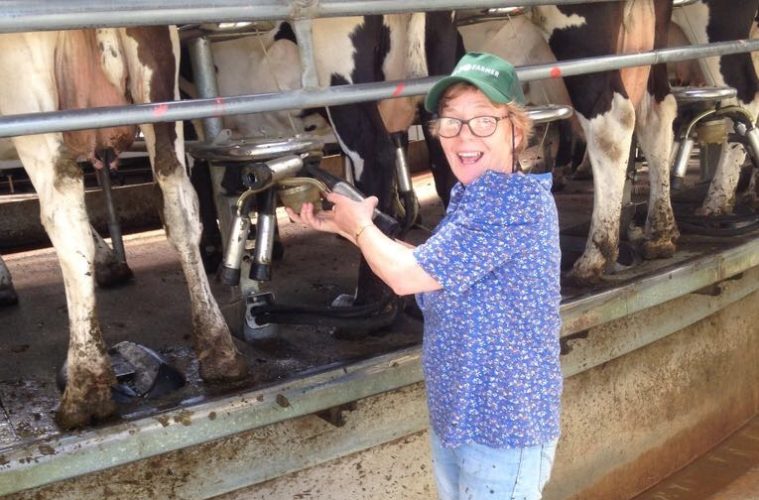 Although New Zealand farmers’ adjustment to life without subsidies has been admirable, making comparisons with what happens in Britain is unjust says Monica Akehurst

What’s good for the gander is good for the goose, don’t you agree? I thought I’d try the walkabout lifestyle. Well, it wouldn’t do to be upstaged by Adam Henson. So I (plus my better half) headed for New Zealand, leaving the farm in the capable hands of “The Boy” who’s title we may have to consider upgrading! This holiday to visit my sister in Kaikoura had been planned before the earthquake struck.

Arriving in Auckland, we travelled north to a remote bach (holiday home) belonging to a cousin. We were driving on unsealed roads, in temperatures of 26 degrees through parched countryside. We were relieved to reach our destination, located in splendid isolation with superb views over a bay. But when we turned on the taps, no water. Many houses in New Zealand don’t have access to mains water and simply use water harvested from the roof, which is stored in massive tanks. We had two small bottles of water in the car, it was dark and we were exhausted.

Next morning Danny, a lively local character who loves fishing came to our rescue. A blown fuse on the pump located under the house was to blame. But we managed to raise the lid on the tank and dipped our water. Danny not only fixed our problem but he also supplied us with delicious freshly caught snapper for our dinner. Lack of rain in the North Island has been worrying. People are buying water to top up their tanks and local papers give warnings to be alert for water thieves.

In the market, farmers were offloading animals due to drought conditions. We thought prices were similar to those in England. The cattle sold were mostly derived from the massive dairy herds. We’ve been surprised by the popularity of the Jersey cow. Beef cattle were predominantly Hereford or Angus cross Friesian. Agents go to the farms to draw finished lamb which tend to go straight to the abattoir. But we saw several store sheep sold, including Merino, Romney, Suffolk and Perendales which is a Romney cross Cheviot. I noted sheep don’t have to be tagged, but cattle are, and apparently farmers do record movements.

It annoys me when New Zealand farmers are held up as shining examples to British farmers. Although their adjustment to the removal of subsidies has been admirable, I think making comparisons is unjust because New Zealand’s climate and trading circumstances are very different from the UK. What all farmers the world over have in common is their struggle with the elements. The innovative ways that farmers deal with whatever nature throws at them is what interests and impresses me.

“What all farmers the world over have in common is their struggle with the elements. The innovative ways that farmers deal with whatever nature throws at them is what interests and impresses me.”

When we picked up our hire car, I was horrified, feeling insulted when they stated that if I rolled the car I’d be liable to pay $5,000 despite having insurance. I don’t think I look much like a boy racer. However, having driven up and down some very twisty roads, and seen several cars suffering from that fate I’m more understanding. Our challenging drive into Kaikoura negotiating earthquake damaged roads made it a fascinating trip.

In the early hours of 14 November this area experienced a quake of 7.8 magnitude. The shake rattled up several fault lines causing a coastal uplift. The seabed was elevated to 5.5 metres, obstructing the main road and rail routes heading north along the coast. The landscape has been changed by 80,000 to 100,000 landslides tumbling down mountainsides. The farmer whose stranded cows made international news had an entire hillside collapse onto his land, a slip measuring 300 metres high and a kilometre across. Although his three filmed cattle were rescued, other stock were not so lucky.

A catastrophic experience for everyone. When disaster strikes community spirit is a valuable asset. The town was completely cut off, communications, water, electricity, sewage were all disrupted. Initially essential food and fuel supplies were delivered by the army. These were rationed: milk was restricted to 500 millilitres per day.

The neighbouring dairy farmer’s parlour had escaped damage. He used a generator to milk his 900 cows but he then had to tip his milk onto his paddock. Another farmer who had parlour damage borrowed his neighbour’s facilities traipsing his 300 cows four kilometres there and four kilometres back. Stressful for man and beast. It was 14 days until the 22 dairy herds in this area were able to get milk transported out. On the plus side Fonterra dairy still paid for the discarded milk. The paddocks have had to be resown as the milk killed the grass.

Post quake all property has been assessed by engineers who applied a red, yellow or white label to the door. Red stipulates that it is dangerous, not habitable. Yellow allows you to use it during daylight hours but it’s not safe to sleep in. White deems it liveable, minor damage or undamaged. If a rebuild is required, the government are paying $100,000 towards the cost. New builds will need to have a floating or raft type earthquake friendly foundation. Several families have moved away but many reconstruction workers have moved in, and tourists are scarce. Kaikoura is however a beautiful place to live. 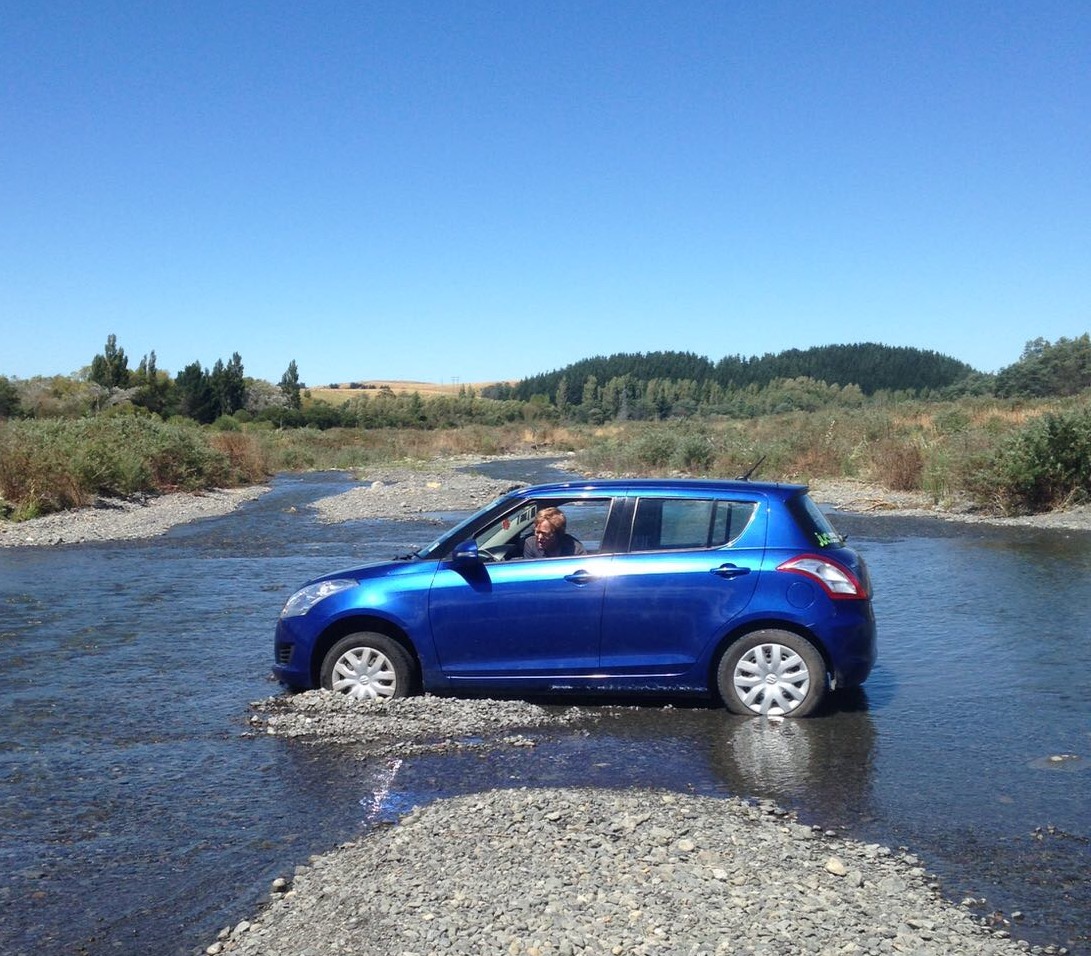 The sun shone when five minutes from our destination our sat nav guided us to a water ford. He who I promised to obey said: “Don’t do it” I who was driving said: “But my sister lives on the other side. The sat nav says to do it, so it must be ok?” Foot down on the accelerator, oops…we were stranded in the middle of a stream. Hire cars don’t swim! Being towed out by my brother in law wasn’t quite the reunion that I had envisaged: thankfully, the only thing damaged was my ego.