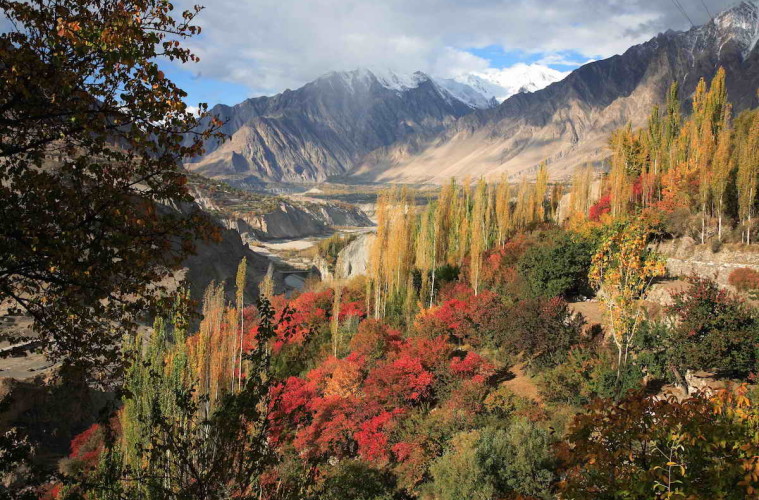 In certain parts of the world, people have unusually high life expectancies and exceptionally low disease rates. Nutritional therapist and author Sally Beare looks at the food production methods in these real-life ‘Shangri-Las’ and explains why sustainable food is also longevity food.

In certain places in the world which I call the ‘Longevity Hot Spots’, there are no mass-produced monocrops, no pesticides, no genetically modified foods, no chemical fertilisers, no Big Ag, and no battery farms. In these same places, the local people enjoy the best health records and highest life expectancies on the planet.

There can be no doubt that there is a strong link between these two facts. I believe it is largely the way in which the people who live in these little utopias grow, catch and farm their food that gives them the long, happy, illness-free lives they enjoy, as well as keeping their environments unspoiled.

There are five Longevity Hot Spots which I have studied and written about in my books. These are Okinawa in Japan, Bama in China, Symi in Greece, Campodimele in Italy, and Hunza in Pakistan. Other, similar places have been identified, some of which are known as ‘Blue Zones’, and they include Nicoya in Costa Rica, Ikaria in Greece, and Barbagia in Sardinia, Italy.  We also have something of our own small Longevity Hot Spot here in the UK in the village of Montacute in Somerset. 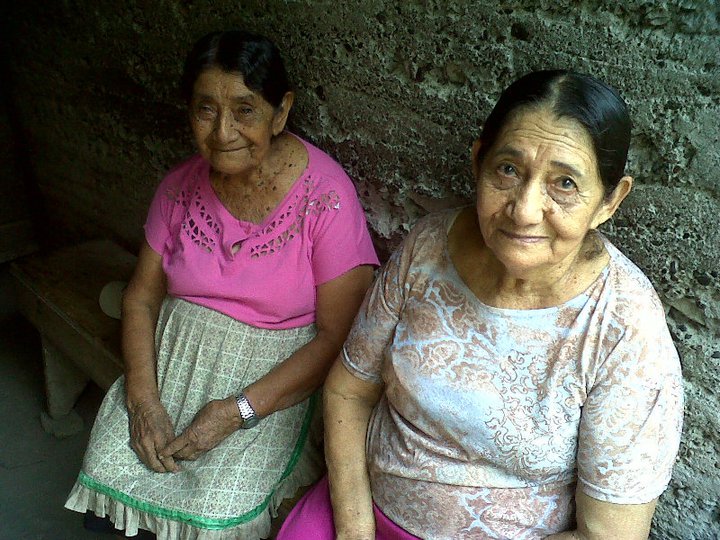 In these places, it is not uncommon to meet nonagenarians, centenarians and even supercentenarians who have not suffered a day’s illness in their lives. I have met, amongst others, a 102-year-old man who looks a decade younger and has only ever been to the doctor once; a woman in her late nineties who says she never suffers so much as a headache; and a 105-year-old woman who likes to relax by hacking down the jungle around her house with a machete.

Chronic disease rates are low to non-existent in these places.  For example, Okinawans have eighty per cent fewer heart attacks than Americans, and in Bama, one study found that cancer rates were just 4.4 per 10,000 (1). In Campodimele, researchers showed that cholesterol levels at all ages were equivalent to those of infants (2). When I visited the one medical centre in Hunza, it was empty. If you are only average in these places, you can expect to live beyond eighty years, without suffering from ill health in your last years or decades as most of us in the West do.

The ‘happy lands of just enough’

The people who live in the Longevity Hot Spots have few material possessions but they have everything they need to live healthy, happy lives; as the ruler of Hunza once described it, this spectacular valley is ‘the happy land of just enough’ (3). This applies to the food supplies in these places as much as to anything else. The Hot Spots tend to be on islands or remote mountainous areas, so their inhabitants have traditionally had to be self-sufficient with their food production and not buy in processed goods from outside.

This works in their favour health-wise and is also an ecologically sound way to live. Nothing is wasted and everything which is taken from the land is put back in, so all the nutrients required to keep the soil and the food supply healthy are continually recycled. The food is high in quality rather than quantity, making the diet a naturally high-nutrient, low-calorie one which is the perfect combination for low disease rates and long life. 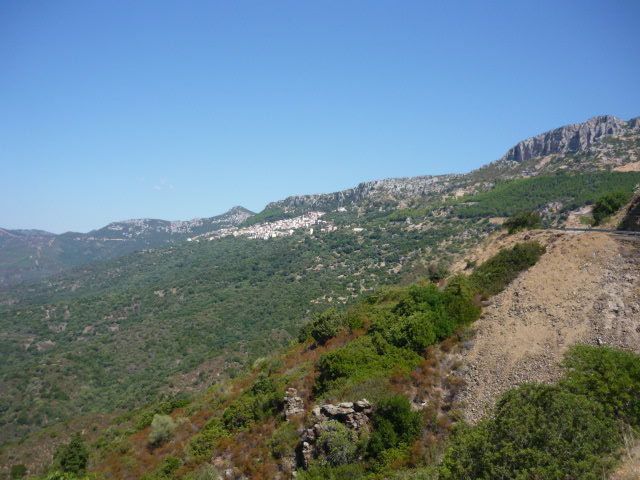 There are no supermarkets with shelves of cheap meat and processed foods in the Longevity Hot Spots. Here, the food has to be grown, picked, caught, or herded; it comes from vegetable gardens, fruit orchards, fish caught from rivers and seas, wild game, small herds allowed to roam free on pastures and hillsides, and from foraging.  This is small-scale agroecology, with a bit of hunter-gatherer thrown in, practised by experts in the family tradition, with food sources able to be replenished year after year.

Why sustainable food is longevity food

Sustainable food is longevity food because when everything which is taken out is put back in, it means nutrients are recycled rather than lost. Minerals in the soil go into the plants which grow in it and thence into the humans and animals which eat those plants. Food waste, animal manure and in some cases even human waste are put back into the soil to replace the minerals, and so it goes on.

In Bama, for example, researchers found that the soil is high in minerals and trace elements such as manganese, zinc, chromium, copper, and iron. Hair analysis tests of local people taken as part of the same study found that villagers who were still fit and well in their nineties had correspondingly good levels of trace elements (4). This type of organic, naturally-fertilised soil is also high in micro-organisms, and the stools of the locals in Bama have also been found to be particularly high in the beneficial flora which is so vital for good health.

Sustainably-grown food and low-carbon-footprint food is also by its nature seasonal, fresh, and ripe. Fruit cannot be picked whilst unripe and flown halfway across the world, so it is picked just at the moment when it is at peak ripeness and therefore highest in nutrients, as well as flavour – every good chef’s dream. Hot Spot people do harvest some foods to store out of season – for example grapes are turned into wine, vegetables are stored in cold rooms, and fruit is dried. However, for the most part, eating is seasonal.

Animals in the Hot Spots are kept in small herds and are fit and strong from roaming the pastures and eating a natural grass-based diet, so they don’t need antibiotics.  Small herds mean a low-meat diet, which is linked with low disease rates in some epidemiological studies, although the link may only apply to processed or intensively-farmed meat (7). Meat from free-range, pasture-fed animals also has a different protein to fat ratio than meat from battery-farmed, artificially-fattened animals, which corresponds with Paleo-style eating and the healthiest type of meat outlined by Paleo experts such as Lauren Cordain (8).

People in the Hot Spots do not practise monocropping, but instead, grow a diverse range of plant foods. This leaves the soil healthy and nutrient-rich, whereas monocropping causes depletion of nutrients, weaker soil, and weaker plants. Growing a range of plant foods means that different nutrients are on offer for the people who eat them, which work synergistically for their benefit; eating a variety of vegetables also encourages beneficial mico-organisms to flourish in our guts.

The Longevity Hot Spots and the rest of the world

Obviously, we can’t turn the whole planet into a Longevity Hot Spot. Over half of us live in cities, whilst many more live in areas which are not conducive to growing nutritious crops all year round, such as deserts and areas of permafrost. However, currently there are seven billion people to feed, and this is projected to grow to 9.6 billion by 2050. We are already using forty per cent of the planet’s land mass to farm, and cannot develop more farmland without destroying what is left of the rainforests. It has now become an urgent matter to find a way to feed the world.

Conventional farming methods are not a good long-term solution because we now know from bitter experience that they are problematic and unsustainable. Spraying with pesticides and herbicides causes resistance to these chemicals and their escalating use, with destructive consequences for the ecology and our health. Artificial fertilisers weaken the soil by draining it of minerals and they also leach carcinogenic nitrates into the water supply. GM crops do not necessarily increase yields as promised and they require steeply increasing use of toxic pesticides and herbicides which, it is suspected, may pose serious health hazards (9). Topsoil is being lost at an alarming rate as a result of intensive farming methods, threatening food production.

Some new technologies, such as the use of mass greenhouses, hydroponics and vertical farms are slightly more promising in terms of feeding the world without disrupting the ecology. However, it has yet to be seen what the nutrient value of the foods grown with this technology would be. Ideally, we don’t just want to get more calories from the same amount of land – we also need higher nutrient value from it.

Agroecology: good for the planet and the population

There is ample evidence that traditional small-scale agroecology is one of the most viable and promising methods for feeding the world today and tomorrow, particularly with changing weather patterns (10-13).  Small-scale farming per se is not a radical idea – it already feeds seventy per cent of the world’s population (14). New research also shows great promise from ancient farming methods such as using compost to increase yields and improve soil and crop quality (15). By switching from intensive livestock farming to smaller, pasture-fed herds and consuming lower quantities of higher-quality meat, we could also free up land and reduce methane emissions.

But what also needs to be taken into account is that small-scale agroecology can be significantly better for health and that many millions if not billions of people could experience health benefits from linking the way they eat to a more sustainable way of producing food. We can see that happen in the microcosms of the Longevity Hot Spots and there is no reason why the same principles should not apply on a larger scale.

And, if that isn’t enough to persuade world leaders, perhaps listening to the weekly BBC radio drama The Archers, with its characters discussing a return to traditional farming methods and the resulting higher nutrient value of crops, is a good indicator of where worldwide farming should be headed. The Longevity Hot Spots offer us a taste of the past; present thinking must look to this ancient wisdom to create a healthy future for both us and our planet.

Nutritional therapist and author of 50 Secrets of the World’s Longest-Living People, The Live-Longer Diet and The Stacking Plan

4. Ze Yang (1981). ‘Systematic Research and Analysis of the Factors Associated with Longevity in Bama Population.’

9. Glyphosate is a Disaster for Human Health

International Assessment of Agricultural Knowledge, Science and Technology for Development 2008

‘Can Sustainable Agriculture Feed the World’? info from the US Working Group on the Food Crisis.

We Feed the World Project