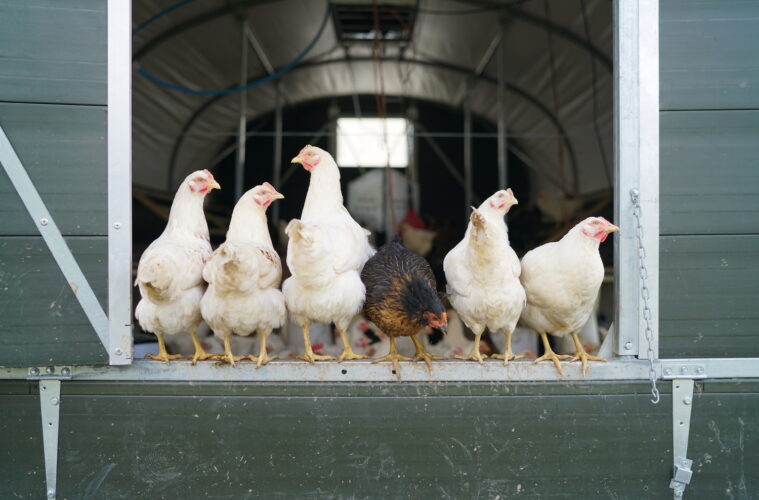 Plaw Hatch Farm – putting the culture back into agriculture

Back in March of this year l visited the inspirational team at Plaw Hatch Farm, a community owned biodynamic farm and shop located on the edge of the Ashdown Forest in Sharpthorne, West Sussex.

Plaw Hatch is a 200-acre community owned biodynamic farm and shop on the edge of the Ashdown Forest in Sharpthorne. In total the business farms close to 500 acres within a 12-mile radius of the main farm.

The land and buildings (which include commercial, agricultural and residential) are owned by a charitable trust and the farm business – Old Plaw Hatch Farm Ltd – is owned by a co-operative of 700 mainly local members with six directors, of which five are farm enterprise managers. The idea behind this setup is to separate the ownership of the land from the commercial activities, so it will always be organically and biodynamically managed and no one can buy it or turn it into anything other than a farm.

The overall aim is to produce as wide a range of food as possible and sell it to the local community via the farm shop, where 95% of the food produced on the farm is sold – everything from raw milk, yoghurt and cheese to eggs, fresh meat from pigs, sheep, cattle (all reared and butchered on the farm) and a wide selection of fruit and veg too.

This year marks the 40th anniversary of the farm business, and there’s plenty to celebrate. Plaw Hatch is a thriving community with over 6,000 visitors to the farm shop every month – it is also home to a team of inspiring young farmers, market gardeners and interns who come to learn from them.

The business employs around 30 people in total, which includes several part-time shop staff and eight of the 20 people who live on site. The rest of those living on site are family members of the farmers or gardeners.

“If you are a farmer or a gardener you get housing included as well as a discount for the farm shop,” explained first generation farmer Gala Bailey-Barker.

Gala originally volunteered at Plaw Hatch in 2012, when the farm was considering having an apprentice. Two years later she became employed as a farmer and heads up the sheep enterprise, having recently returned to work after being on maternity leave.

What is biodynamic farming?

Biodynamic farming is often likened to organic farming, but also includes various esoteric concepts drawn from the ideas of Austrian philosopher Rudolph Steiner. He encouraged farmers to look at the cosmos before planting and harvesting crops. The biodynamic calendar is based on the positioning of the stars and the moon.

While many farmers follow these principles, it isn’t a prerequisite for Demeter, the biodynamic certification body, though they require Steiner’s nine so-called “preparations” made from herbs, mineral substances and animal manures that are turned into field sprays and composts. Whether you believe in the more mystical elements of biodynamic farming or not, the demand for certified products is on the rise in line with organic products, growing 5% last year.

The farm is centred on the small-scale dairy headed up by herdsman Robin Hall. It milks a closed herd of 30 Muesse-Rhine-Issel, Montbeliard and Viking Red dairy cows twice daily in their abreast parlour with stalls and four clusters producing 150,000 litres per annum with 80% of the raw milk sold direct in glass bottles through the shop. This helps attract regular customers, who then buy their other products.

All the surplus milk is processed into cheese, cream, yoghurt and kefir by Tali Eichner, resulting in zero waste.

One slight cause for concern has been a fall in revenue from the milk in the shop. Business manager Rebecca Heys has noticed a 10% decline, due mainly to an increase in competition from other raw milk producers locally and a rise in veganism, though fresh meat sales have not been affected.

Right next to the dairy is the farm shop, which sells 95% of what the farm produces and accounts for the lion’s share of the farm’s £1.8 million turnover. Interestingly, around 40% of what is sold through the shop is produced on the farm and the prices reflect the true cost of food production, allowing for re-investment towards the sustainability of the farm.

I asked Gala how their prices compared to supermarkets “it’s a bit more expensive than Sainsbury’s but no more than Waitrose,” she said.

Another big draw to the shop is the wide range of delicious salads, vegetables and soft fruit produced on site by Nir Halfon and Liz Charnell. They grow 45 different types of vegetables, fruits and herbs from seed with the help of an apprentice grower and two or three volunteers from Warmanderhof, a biodynamic college in the Netherlands, and 95% of the produce is sold through the farm shop.

There is more than 12 acres of rotational land for field crop staples such as onions, potatoes, root crops, squash, leeks and kale, to name a few, with a focus on seasonal and heritage varieties. In the summer, tomatoes, cucumbers, courgettes, beans and salad crops can be seen growing in the 11 polytunnels, together with a small flower garden to support the diverse insect species found on the farm, including many bees and butterflies.

The sheep are relative newcomers to the farm, and Gala has grown the flock from 35 breeding ewes to 80 over the past few years. She has 40 Lleyn and 40 Romney ewes with a Jacob ram for colour.

Going forward, the flock will be closed, and Gala starts lambing outdoors from the 1st of April. She moves her sheep regularly, focusing on clean grazing and doing faecal egg counts monthly from April to November. Gala sends 135 sheep to the farm butchery a year – approximately five lambs/hoggets every other week plus the occasional mutton.

Adding value to the Plaw Hatch flock, Gala sends around 60 fleeces a year to the Organic Wool Company to be produced into organic sheepskins, as well as making knitting wool, blankets and running plant dying workshops.

One worry for Gala has been an increase in dog attacks, following two such attacks in the past two years. The first attack at the beginning of 2019 resulted in the death of 15 pregnant ewes and serious injury to another 16 when a group of dogs got into their field.

The farm has 400 hybrid laying hens and has this year invested in two modern mobile houses McGregor Polytunnels, having previously housed them in static houses. The hens are managed by Gala and Rose Bramwell, with all the eggs being sold through the farm shop.

There is a mixture of heritage breeds at Plaw Hatch, which is home to Tamworths, Durocs and Large Blacks, with three sows and a Duroc boar. They are fed a mixed diet of whey, a by-product from the cheese-making process which is a great source of protein, together with home-grown oats and the odd treat from the garden. All the pigs are butchered on site and sold through the shop.

The majority of the arable land under cultivation is in Chailey, where the enterprise grows around 40 tons of oats and barley for animal feed, carrying out all the cultivation, sowing and combining in house.

With such a diverse range of enterprises on the farm, the key to success is good communication. The farm team meets daily each morning to discuss chores as well as sitting down every two weeks to discuss their individual enterprises in more detail.

The business operates a flat hierarchical structure, with each enterprise manager responsible for his or her individual budget. In addition, the team uses an online instant messaging group as a useful online tool to communicate on farm tasks.

The website at www.plawhatchfarm.co.uk provides information about the different farm enterprises, shop opening times and upcoming events and workshops. It also explains more about what biodynamic farming means and about the co-operative’s business values – highlighting the team’s sustainable approach to caring for the land, their animals and the people that contribute to the farm’s day-to-day activities.

In addition to the website, Plaw Hatch Farm sends out regular newsletters to its highly engaged community of local shoppers and supporters containing updates on what’s happening on the farm, upcoming events and future projects.

@farmergala, documenting life on the farm with her flock of sheep and sheepdog Pip. She shares a lot of the day-to-day farm updates to her followers, which number nearly 3,000.

With one in five farms reliant on the Basic Payment Scheme to stay solvent, I asked whether Plaw Hatch Farm would survive without subsidies.

Business manager Rebecca admitted the enterprise would miss the money, as it is used to fund infrastructure improvements and help buy new equipment, but she said they would step up efforts to apply for other grants from sources such as the Lund Fund, – which recently helped with a £10,000 grant to fund the planting of a new hedgerow.

Plaw Hatch has bucked conventional farming wisdom – increasing economies of scale, more mechanisation and less labour – and sells 95% of everything it produces through the on-site farm shop. Not being at the mercy of the supermarkets and commodity price fluctuations has enabled the team to continue farming in a more traditional way. “We’re the closest thing to how farms are depicted in children’s books,” said Robin Hall, who looks after the dairy cows. He also stressed the role that people have in making the farm work, reminding us that there is, after all, culture in agriculture.