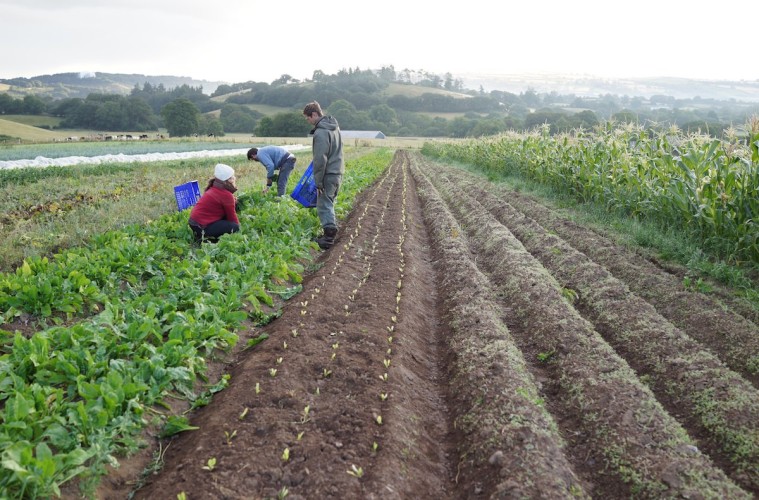 Is Defra missing the chance to integrate food, the environment and farmer livelihoods?

Despite the title ‘Health and Harmony: the future for food, farming and the environment in a Green Brexit’ Defra’s draft agricultural policy is missing just that – food and farming for the environment. Unfortunately, the omission of food in the agricultural policy presents a risk that Britain’s farmland will become further divided between environmental conservation and unsustainable intensive farming. This is a problem for Britain’s public health, rural economies and also for its environment.

This consultation is extremely important as it is the most significant opportunity to shape the UKs agriculture policy since joining the EU. As it stands, the UK is increasingly dependent on imports for food, particularly in the case of vegetables and fruits. The prices of these imports are likely to increase when Brexit happens. This is problematic given high and increasing rates of food poverty, as well as non-communicable diseases which can be linked to low intakes of vegetables and fruits. An omission of food from the agricultural policy is likely to exacerbate these problems. However, Defra now has an opportunity to mitigate this through supporting food production that also safeguards and even enhances our environment.

How excluding food will exacerbate our farming problems

By not including a focus on food and only honing in on certain environmental practices, the policy could encourage some land managers to focus on ecologies and landscapes (e.g. meadows and hedgerows) without necessarily producing much food. We already see this to some extent in ‘less favoured’ agricultural areas (e.g. the uplands): land is increasingly geared towards conservation and limited food is produced, despite evidence that these areas can produce a range of vegetables, fruits, nuts, eggs and other animal products.

At the same time, other large farm businesses would be incentivised to consolidate and intensify to better compete in the global commodity market, at the expense of the environment. We already see this in lowland areas where sugarbeet, rapeseed, wheat and barley are produced in large scale monocultures, using high amounts of pesticides (upwards of 20 different pesticides per field in Sussex), inorganic fertilisers (i.e. nitrates which then need to be removed from the water at great public expense), and with practices that lead to soil erosion (i.e. lack of cover crops, large scale ploughing) which costs England and Wales an estimated £1.2 billion per year.

In both types of farming, only a minority of food produced is consumed locally. The majority is either exported or sent elsewhere in the UK. These long supply chains mean higher costs for consumers and lower prices for farmers, in addition to high food miles. If this dichotomy between conservation and intensive food production is worsened, it is likely that Britain would become increasingly dependent on food imports, which could mean that food prices increase for British consumers.

Both types of farming tend to favour farmland consolidation. With access to land one of the top barriers for new entrants, this would make it even more difficult for people to enter the profession, thus exacerbating the already rapidly declining farmer population and therefore rural economies.

But there is a third way – it is possible to both enrich ecosystems (e.g. build soil, enhance biodiversity) as well as produce diverse and healthy foods for consumption by people in Britain. And support from Defra can also ensure that this food is accessible by everyone in Britain.

How can Defra integrate food, environment and livelihoods?

There are a number of simple and straightforward ways in which Defra can better support both public health and ecological outcomes:

Defra’s Health and Harmony paper represents the most significant opportunity since the joining of the EU to reshape the UK’s food and farming systems. Regardless of how you feel about Brexit, it would not only be a serious missed opportunity, but also potentially leave the country locked into environmentally degenerative farming which does not meet the needs of the population for access to healthy food.  What we need is a farming policy that integrates, rather than separates, our food and our ecologies.

Defra is receiving comments on its Health and Harmony paper through an online consultation which closes on the 8th of May.  You can submit your views via an online survey or email.

Elise Wach is a Researcher at Institute of Development Studies and Centre for Agroecology, Water and Resilience, and a member of the Land Workers Alliance.