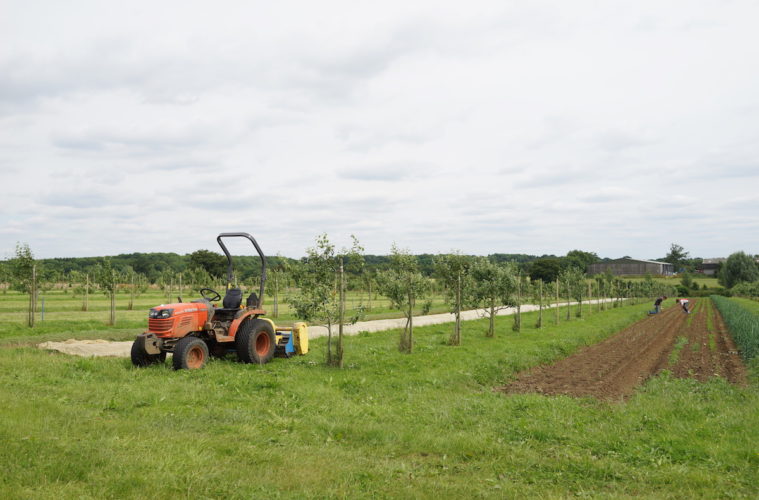 How do we transform our food systems?

With only 60 years of harvests left, how do we transform our food systems?

In relation to food and farming, it is becoming increasingly apparent that working within our existing economic and social systems will not result in the changes that we need.  The title alone of the ‘Extinction and Livestock’ conference this week is testament to the fact that our ‘food and farming policies need a total rethink’.

Despite efforts to change things, our soils only have an estimated 60 years of harvests left if we continue as we are now. More than a hundred wildlife species are currently facing extinction in the UK due to farming practices. The number of people living in food poverty is growing and obesity and diabetes are on the rise.  We literally cannot continue in this direction and thrive as a human species.

Yet many efforts to make food production more ecologically sustainable tend to exacerbate, or at least reproduce, social inequalities. Organic certification is a prime example – while the number of organic farms is growing, the organic market still only represents 1.4% of the food market in the UK, and the people buying organic food tend to be middle classes – the educated and the relatively wealthy. Organic is, in effect, food for the 1%.  Similarly unhelpful dynamics exist for local food.

This is not to say that organic food is bad or that we shouldn’t try to eat local. Despite calculations to the contrary, recent research on small farms in the UK found that small-scale agroecological farms can produce equivalent yields of vegetables compared to national averages for non-ecological horticulture. They also generate 100 times more employment per acre than the average farm – quite a stunning statistic that must be considered if ‘job creation’ is of any interest. Further, agroecological farms tend to rebuild – rather than deplete – soils (pdf). They manage watersheds in ways that reduce flooding. So we’re talking about regeneration, not sustainability.  Which is not just preferable, it’s indispensable.

So when we see ecological and local farming as niche and inaccessible, the answer is not to throw up our hands and revert to industrially produced food at the expense of our health, our communities and our biosphere.  Rather, it is to look at the contradictions and what underlies them. This is exactly what the Transitions to Agroecological Food Systems project – based at the Institute of Development Studies, has been doing for the last two years with farmers in the UK, Senegal and Nicaragua.

Ecological and local food movements – and the farmers supporting them – are not trying to be elitist. They are trying to survive. In our current socioeconomic system, which ‘externalises’ the social and ecological costs of production, farmers tend to have two main choices – quality or quantity.  They either produce for luxury niche markets (e.g. organic salad leaves, fancy preserves and veg boxes) or produce as much as possible through increasing their farm size (a strategy largely influenced by land area-based subsidies) and using industrial practices that destroy the soil, wildlife and water.

In fact, with an average income of less than the minimum wage (given they tend to be self-employed), small-scale and agroecological farmers themselves tend to rely on low cost non-organic food from supermarkets, despite the fact that industrially produced food goes against their values and ethics.

While agroecological farmers want more people to access local, ecologically produced and healthy food, the thought of another organic vegetable producer setting up shop next door is not particularly settling. These farmers are concerned about losing their precarious livelihoods which they have built up through big investments in their knowledge base, soils, infrastructure and their connections to consumers. So how can we spread agroecological farming without compromising the viability of these committed farmers?

Considering the ‘value’ of food

Feeling rather underpaid and marginalised, the farmers inquired into the ‘value’ of food and farming, including, ‘who determines value’? And, ‘how do we know when something is valued?’

Farmers concluded that while we do need to measures some things in financial terms, not everything can be commodified.  Food and land in particular are quite special exceptions.  Which is where issues of the public goods fit in.

Currently, the economic system supposedly ‘externalises’ the social and ecological costs of food.  While we do not pay for them at the checkout till – unless we are buying organic – we still pay for them. One way we pay is through our taxes, in order to clean up or respond to the problems of the industrial food system. To name a few of these costs, this includes nitrogen-related damage from fertilisers (which is estimated to range from £440 to £1,320 per person per year across the EU), the costs of obesity (which have a global economic impact of $2 trillion per year (based on the Sustainable Food Trust’s True Cost estimates), the costs of unsustainable soil management (e.g. through maize cultivation) which causes flooding – estimated to be at least £5 billion in the 2015 UK floods alone. Conservative estimates of just those three ‘externality costs’ alone amount to an extra £2,000 per person per year in the UK.

Given the average food budget is estimated at £1,300 per person per year, surely ‘cheap food’ does not pay off.

We also pay with our health – and the health of our children.  The Expert Committee on Pesticide Residues in Food (PRiF) found that residues of 123 different pesticides were found in the Department of Health’s School Fruit and Vegetable Scheme (SFVS).  Feeding your children organic whilst the remaining 99% of farming uses chemicals won’t cut it either.  Residues of the glyphosate have been found in 75% of air and rain samples in the US.

It is clear that the existing food and farming system is not serving the public interest. It is also clear that efforts to change our food system through existing socioeconomic models have not worked.  The problem isn’t organic. It’s capitalism.

While we started very broadly in the spirit of participatory research, our inquiry into how to transition towards regenerative food systems has led to a focus on increasing access to land, developing alternative markets, and reshaping financial systems to support a transition of our food and farming.

While proposed changes in these areas represent alternatives to core aspects of capitalism, the potential strategies themselves are not radical, rebellious or pie in the sky dreams. Suggested strategies have been practical and draw on existing examples – both within the UK and in countries such as France – of people and institutions are already doing things differently. 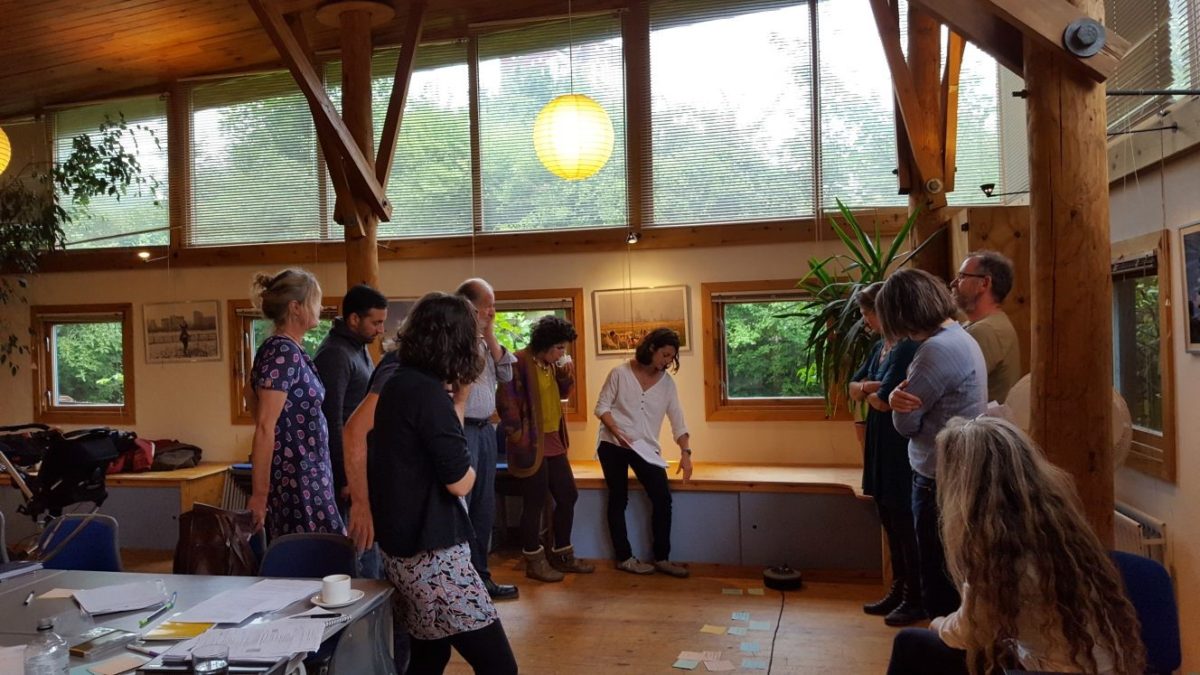 This week, our panel of farmers will be sharing their findings to a group of individuals and organisations interested in breaking down this status quo. The objective will be not to scream and shout about the need for change, but to develop alliances and co-design strategies to help usher in a transition. We know it is possible because we have already undertaken this process in Senegal, with overwhelming success.

This is the first in a series of blog posts that will share evolving strategies for transforming our food systems, focusing on markets, land and finance. All the blog posts will be shared on Transitions to Agroecological Food Systems