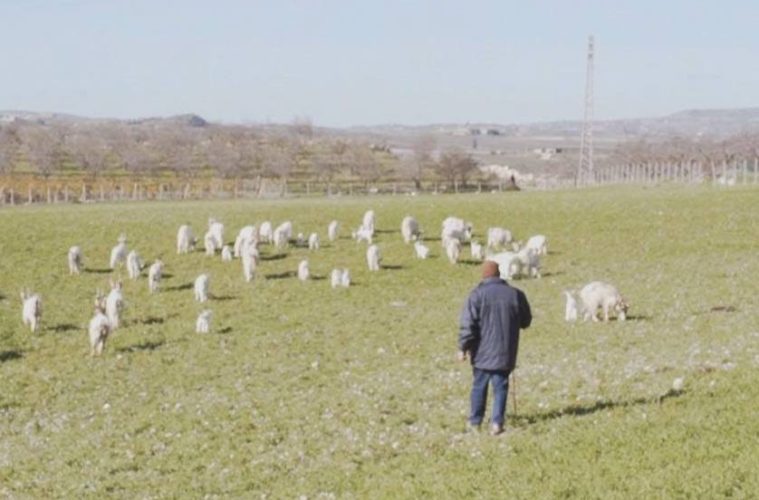 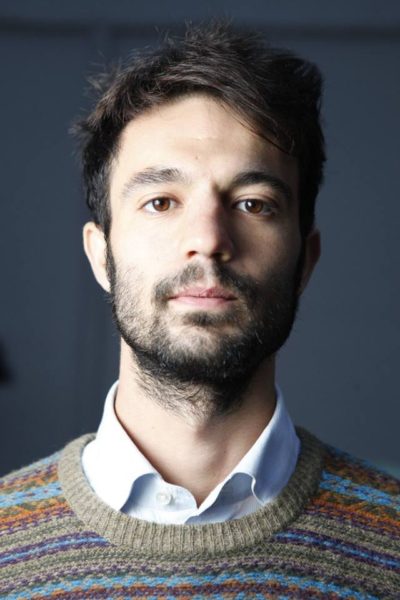 We loved the heart warming tale of The Girgentana Goat and recently caught up with the indie Filmmaker Carlo Bolzoni to find out more..

Indie Farmer: We really enjoyed your first documentary  – can you tell us a bit more about the inspiration behind making it and how you found Giacomo?
Carlo Bolzoni: My interest in sustainable food and agriculture was born while living abroad so the inspiration for this mini-documentary series, even if it won’t focus exclusively on Sicily, comes straight from my land. A “paradox land” with a huge natural resources potential which has been usurped and contaminated through the years by inappropriate policies, organised crimes and, more recently, by a new dominant economic paradigm which imposes market globalism. Moreover, I believe we are living in an era where is becoming more and more difficult even to watch something. We are too prone to distractions and disinterest, so the idea is to keep these stories short and catchy in order to share these beautiful realities with as many people as possible.  I found Giacomo through a very small NGO called “Siciliare”which contributes to the protection of Sicilian breeds and varieties.

IF: It’s exciting to see a lot of traditional artisan foods and farming methods staging a come back – what do you think are the main driving forces in Italy behind therenaissance of these old forgotten foods and breeds such as the Girgentana goat?

CB: Personally, I think that there is a growing awareness regarding food and food related practices in Italy. There is more and more concern about how food production can impact both environment and health and how local agriculture can create new work opportunities. If I had to list the driving forces leading to this “new trend” I would say: 1) Desire to rediscover our history through food 2) Necessity to find alternative ways of living in order to gain independence 3)  Lack of trust in the government.

IF: It’s great to hear that the shepherds are getting double what they would normally earn with goats milk – did you hear how that is impacting on their livelihoods and are the younger generation more likely to go into farming?

CB: I had the opportunity to speak with some of the shepherds and cheese makers involved in Giacomo’s project. During my visit, I  noticed that there is actually a growing participation in pastoralism in Campobello di Licata.

One of the herders I met has recently moved from the manufacturing sector to the agricultural one, he said that it is more profitable and less stressful to work in this context, while another one has just moved back to Campobello di Licata after his studies and he believes it is a good chance to undertake this kind of career. Both of them were under 40( sorry, I can’t remember their names ). Moreover, there were other shepherds on the fields and couple of them I guess were under 30. I believe that there is a growing involvement in this specific reality for young people and that their livelihoods are impacted rather positively. That’s a good win not only for pastoralism but also for the town, that as many other Sicilian towns is facing a process of depopulation and consequently ageing.

IF: It’s fascinating to hear about how experimental Giacomo has been with the process of making cheese – he talks about using different vegetable rennets and even making cheese curdled without rennets. Did you get to try the different cheeses? What were they like / did you have a favourite?

CB: Giacomo’s cheeses are “first class” cheeses, they are well known in the southern part of Sicily. I had the chance to try several of them and, despite I am not a cheese taster, I could clearly perceive the difference between them and the ones supplied by the big distribution chain. The tastes were strong and flavoured. If I had to pick one up, I would definitely choose the one made with pumpkin rennet. Super! 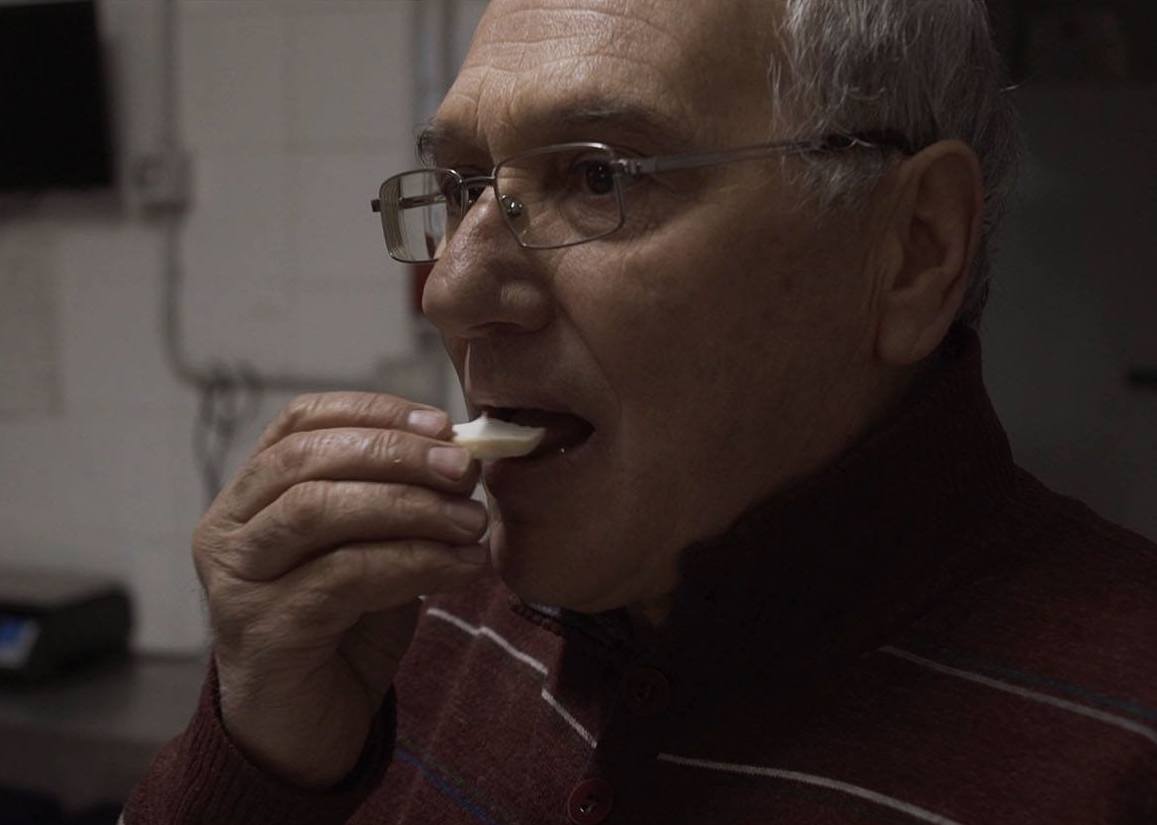 IF: Giacomo talks about creating a niche market – where can you find his cheeses – are they mainly available in Sicilia or is he selling them further afield?

CB: His market is mainly local, Giacomo is providing cheese and milk to different restaurants around Sicily and in his own town.However, the cheeses are also available to buy on different online platforms. 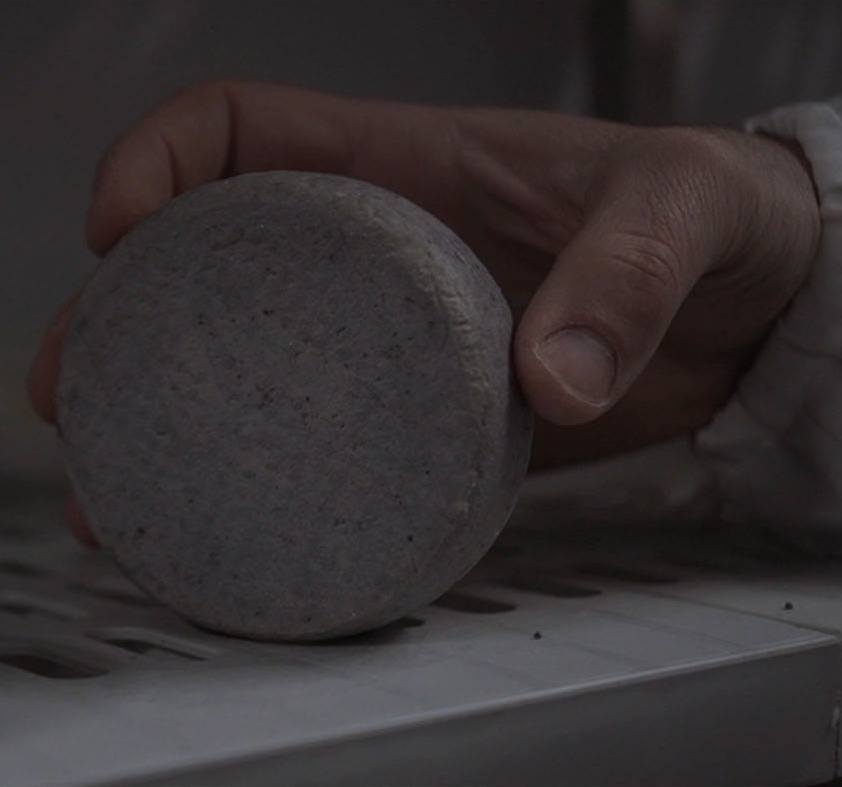 IF: We can’t wait to see the next film in the series – can you give us any teasers – what can we expect next? Is there anything else we should know?

CB: I will focus on other interesting and beautiful realities around Sicily and elsewhere. The idea is to keep it as variegated as possible and to cover different facets of sustainable agriculture. Currently,  I am working on another Sicilian reality that has stood out thanks to the usage of ancient traditional seeds. Unfortunately, I do not have any teaser yet, but I will provide.

IF: And finally – other than finding a great character (and story) – do you have any tips for other budding farming and food film makers out there?

CB: I think every farming reality has its own particularity. All of them are noteworthy. Do not overlook simple stories and characters, often they are the ones who give you the best narration.