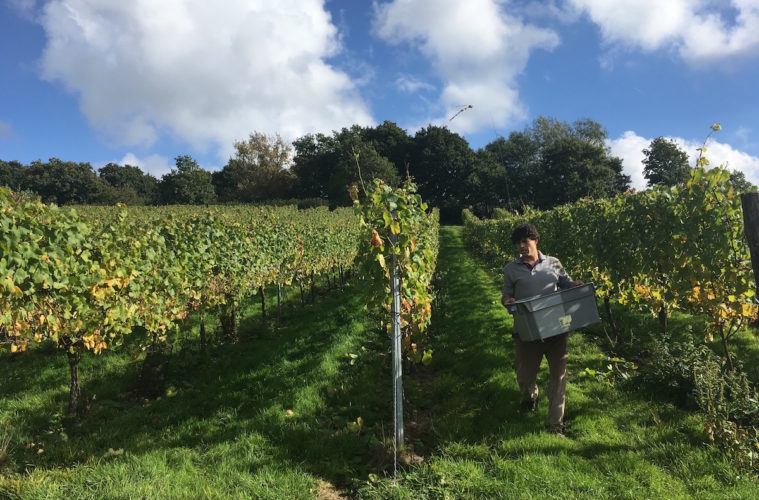 What makes a good wine – secrets from the English countryside

This week 80 English wines were awarded medals for their world-class quality in the 2016 International Wine Awards, judged against wines from over 90 countries. One of the best English still wines was the Davenport 2014 Horsmonden Dry White crafted by homegrown vintner Will Davenport. 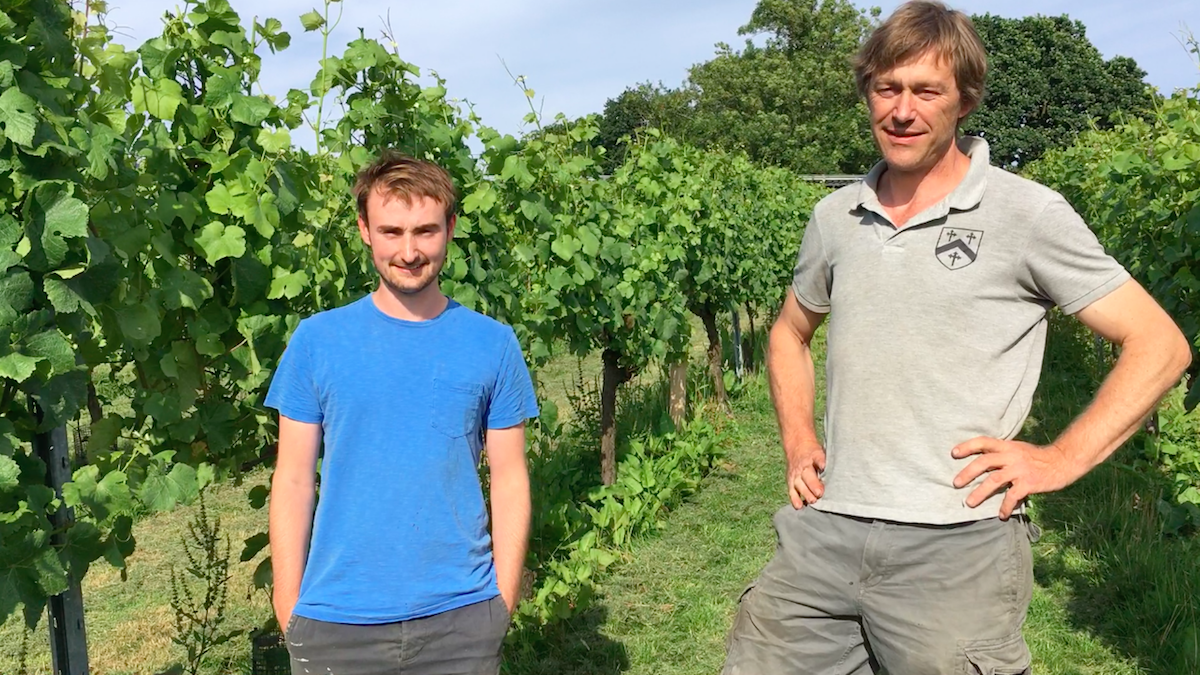 Will and his assistant vineyard manager Ben

A pioneering approach to wine making

Will Davenport was a pioneer on the UK wine scene when he planted his first vines in Kent in 1991. He started with a mixture of German grape varieties on a south facing field of clay soils, these grapes flourished in their new home and now make up his award winning Horsmonden dry white. There were a few other vineyards being planted at the time, like internationally acclaimed vineyard Camel Valley in Cornwall, but most people thought they were mad. Will’s approach was all the more radical as he was organic – one of the first certified Organic vineyards in the UK. It is often overlooked that vineyards have relied heavily on pesticides and fertilisers over the last half century to keep vines ‘healthy’. With the UK’s mild and damp climates it was thought almost impossible to grow grapes without extensive chemical applications, but that didn’t stop Will, “It was a real hard slog in the early years, not only did people laugh at the idea of English Wine, but growing grapes organically is extremely risky in this climate. I was determined that we could do it. We just needed to be very diligent with our vines and spend a lot of time in the vineyard constantly observing, catching problems early.”

“Like many winemakers in France we don’t really feel like we make the wine. Nature and the weather make wine.”

A growing market for English wine

Will’s leap of faith back in 1991 wasn’t such a bad idea after all. The many awards are just one sign that the rest of the world are getting very excited about English wines (as is everyone back at home). There are now over 400 vineyards in the UK producing many delicious wines – the area of planted vines has more than doubled on this little island over the last 10 years and is set to grow by a further 50% by 2020.

More vineyards doesn’t necessarily mean more award-winning wine. So it’s important to ask what makes a good wine? The best winemakers all seem to point to the same source – Sam Lindo, vintner at family run Camel Valley is a world-renowned winemaker. When asked about his international winemaker nomination in 2014, Sam humbly answered, “Like many winemakers in France we don’t really feel like we make the wine. Nature and the weather make wine.” This sentiment is echoed from winemakers all over the world and is even more important when making wines using natural methods, as Will Davenport does. Nicolas Joly from La Coulée de Serrant said it beautifully in an interview with Decanter magazine ‘to achieve zero technology in the cellar, you need to be an artist in the vineyard’. In Will’s words,”Good wines are made from good grapes. Good grapes are the product of a finely balanced ecosystem at the will of the ever-changing climate. Winemakers and vineyard managers are along for the ride, helping the ecosystem to flourish and harvesting at the right time.” If you are a farmer (or winemaker), this may sound familiar. 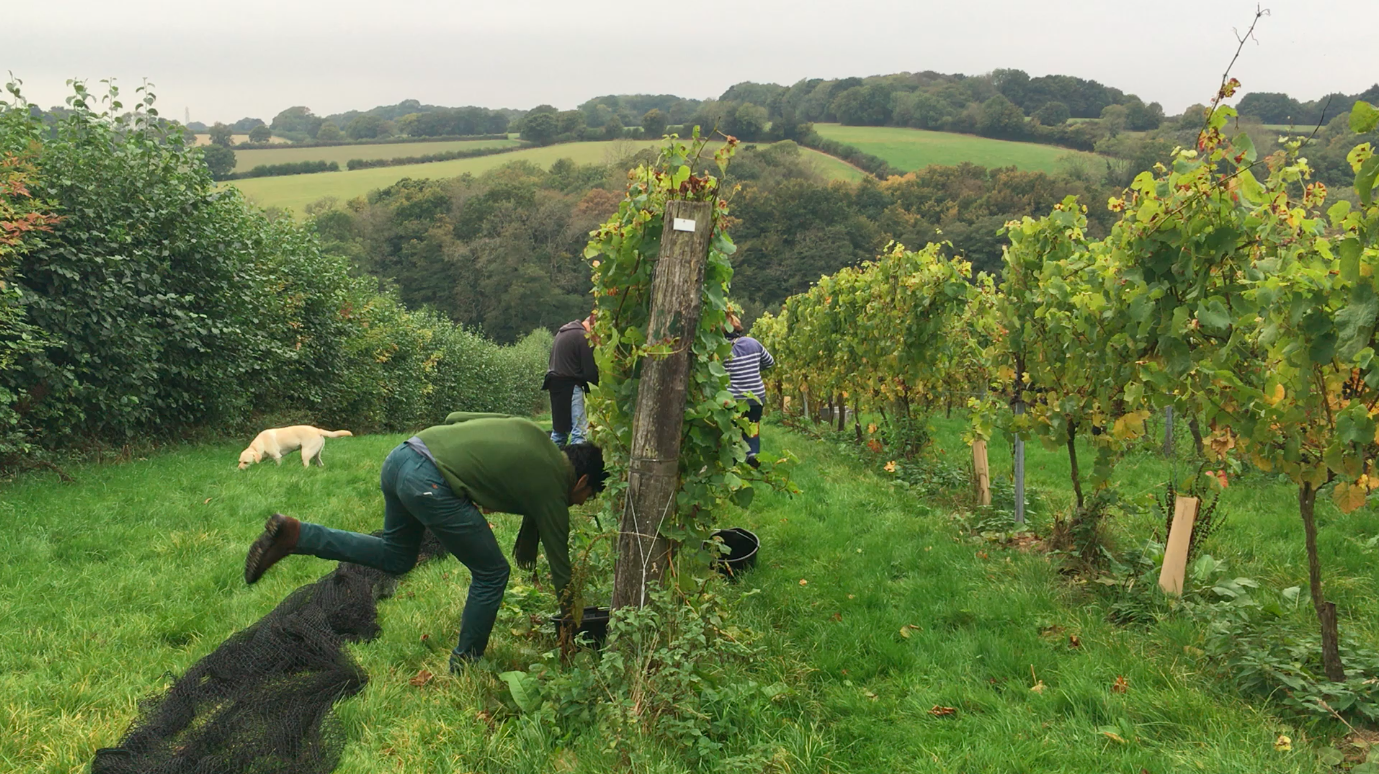 Art and science in the vineyard

Will and his vineyard manager Philip Harris definitely treat their vineyard management as a fine art. A perfect mixture of intuition, information and careful observation all year round. About 9 years ago Phil started recording some basic information about particular vines. “We were having problems with trunk disease so we started monitoring and recording information about the vines. I was hoping that some pattern would emerge in spotting trunk disease – I wanted some predictive ability.” Over time they began to realise this data was valuable in other ways. If they recorded budding rates, flowering numbers and then number of bunches at sample sites they could learn much more about the productivity and health of their vines. They also began to track pruning weights, to judge if the plant was producing too much or too little new growth and hence understand the nitrogen levels in the soil. 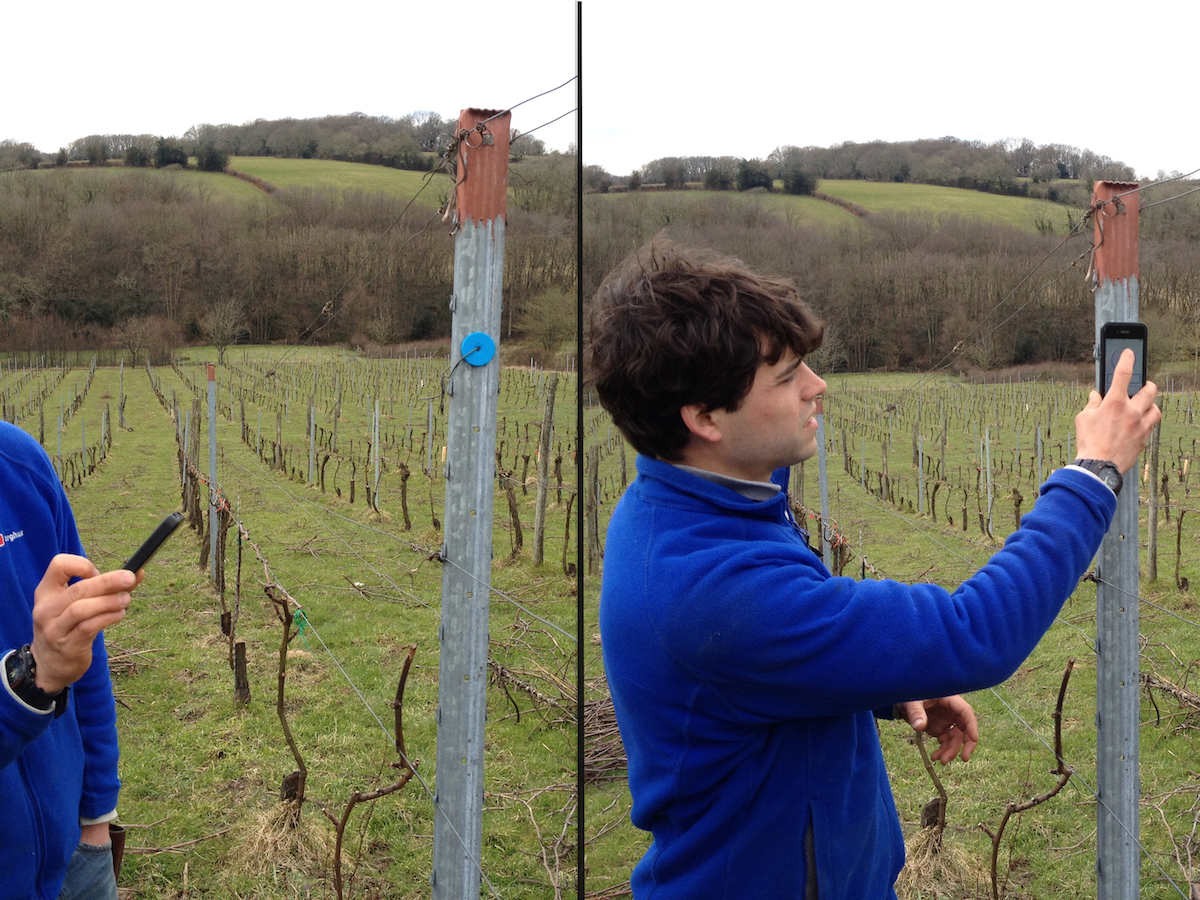 Their ability to keep track of what’s going on in the vineyard has just reached a new level thanks to a simple smartphone app, Sectormentor, developed by a fellow winemaker. Will told us there had been a few issues with collecting data previously, “the main issue we had with recording data was that the many hours of careful observation were scrawled across multiple notebooks and only entered into a computer many months later, too late to add more compost or change pruning techniques”. Luckily, in March this year that all changed – Will read an article about a system Abby Rose had developed for her family’s small organic farm, vidacycle, in Chile. Her family were using electronic tags to quickly and easily input data about their olive trees and vines. Will did have a few reservations initially about using a new technology, “I’m not a techy person, my kids would laugh if I said I was” but he decided to go for it because this system was extremely simple and perfect for a smaller-scale operation like his. 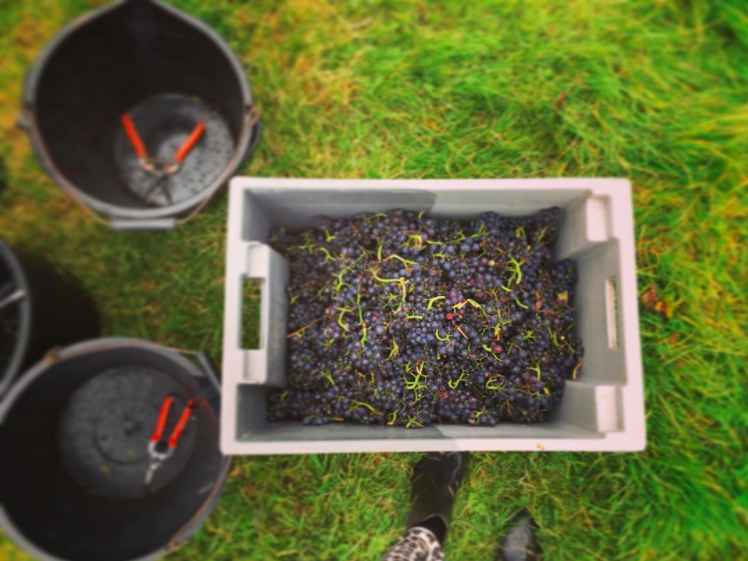 Will, once again a pioneer in the agricultural world was one of the first vineyards to use this new technology – he set up the system for their 50 sample sites and 20 different varieties across 7 different fields. He bought second-hand iPhones online and used his old PC to set everything up and look at all the data as it came in. “It is magic! Any one of us can stand in the the vineyard and enter things directly into the phone, we don’t have to have the right notepad! Then, at the end of the day we sync, and a few minutes later I know how many bunches of grapes we have on each vine. Last year it would have been almost impossible to decipher that.” 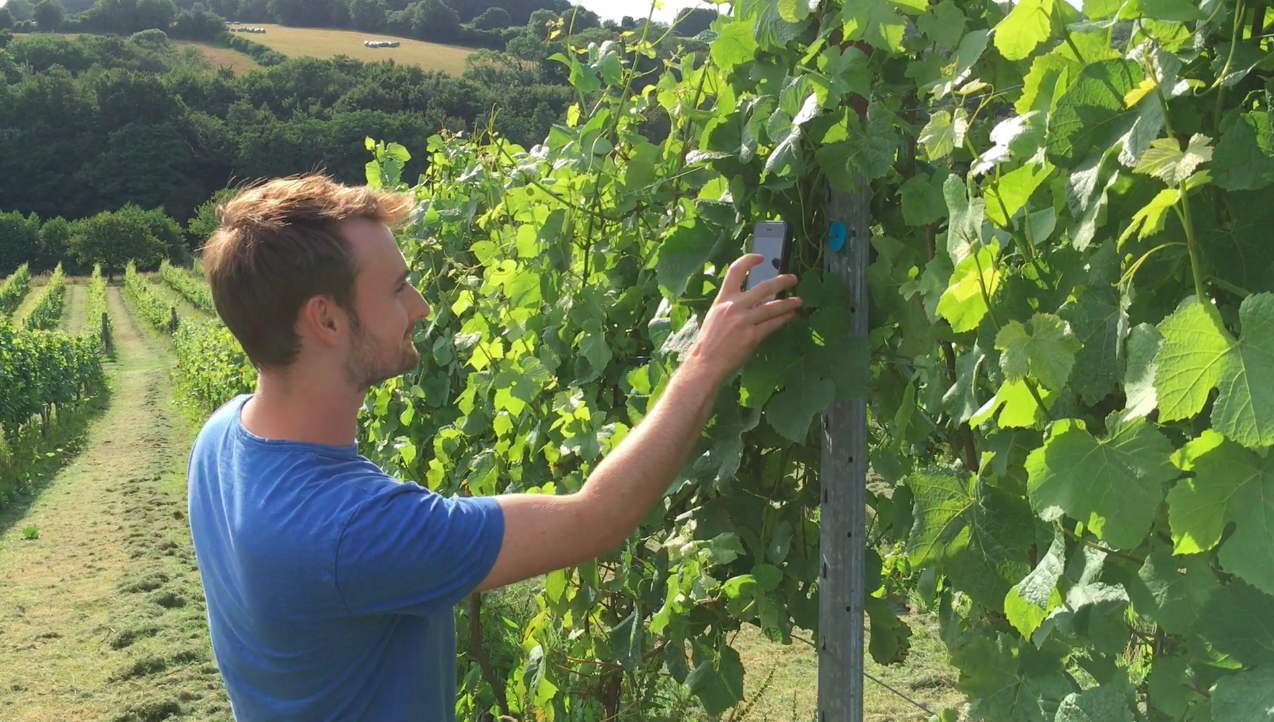 Will is certainly excited by the benefits Sectormentor is bringing to his farm, “Tools like this are invaluable to a vineyard like ours. In June we were able to predict yields for each variety 5 months away from harvest. We can see year on year the performance of each field and learn more about what works and what doesn’t. The more data I have about what’s going on in the vineyard, the better I can do my job.” Of course a great wine is a beautiful fruition of the land and people tending it – at Davenport Vineyards they are making the most of a simple smartphone app to ensure that relationship gets better year on year.

You can find out more about using Sectormentor for your own farm or how it’s helping smaller-scale fruit growers/olive farmers here. You can order some award-winning Horsmonden Dry White directly from Davenport Vineyards here (their Pinot Noir is also amazing).