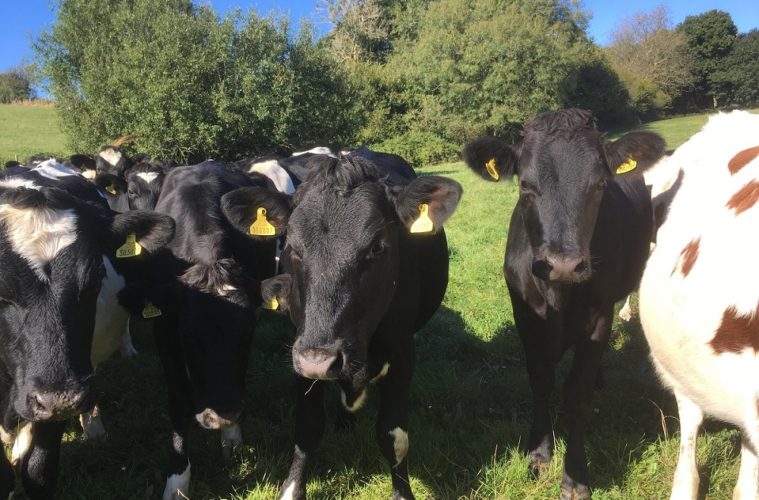 As we head into October the workload on the farm is once again beginning to ease off just enough to allow some time to reflect on the season so far.

I feel that it’s always really important to spend time looking at the good, the bad and the ugly when the memories are fresh in the mind.  I have to say that this year it is heavily weighted to the former and rather less to the latter, but it is often those parts that need some forensic review.

Firstly the good.  We have surpassed all previous calving records this year in terms of cows calved by October (230), number of heifer calves (101) and milk being picked up.  The warm and dry weather has undoubtedly been a huge bonus for us, with calves thriving and cows being very settled and generally well behaved.  But a big hand has to go out to the whole team here who have carried out their work with a smile on their face and got stuck in whenever necessary.

The only issue we’ve really had is that of milk fever.  As mentioned in my previous post, this is something that we were working hard to get on top of and by and large we have, but it still rumbles on and can be very frustrating when plans work for one cow but not another. 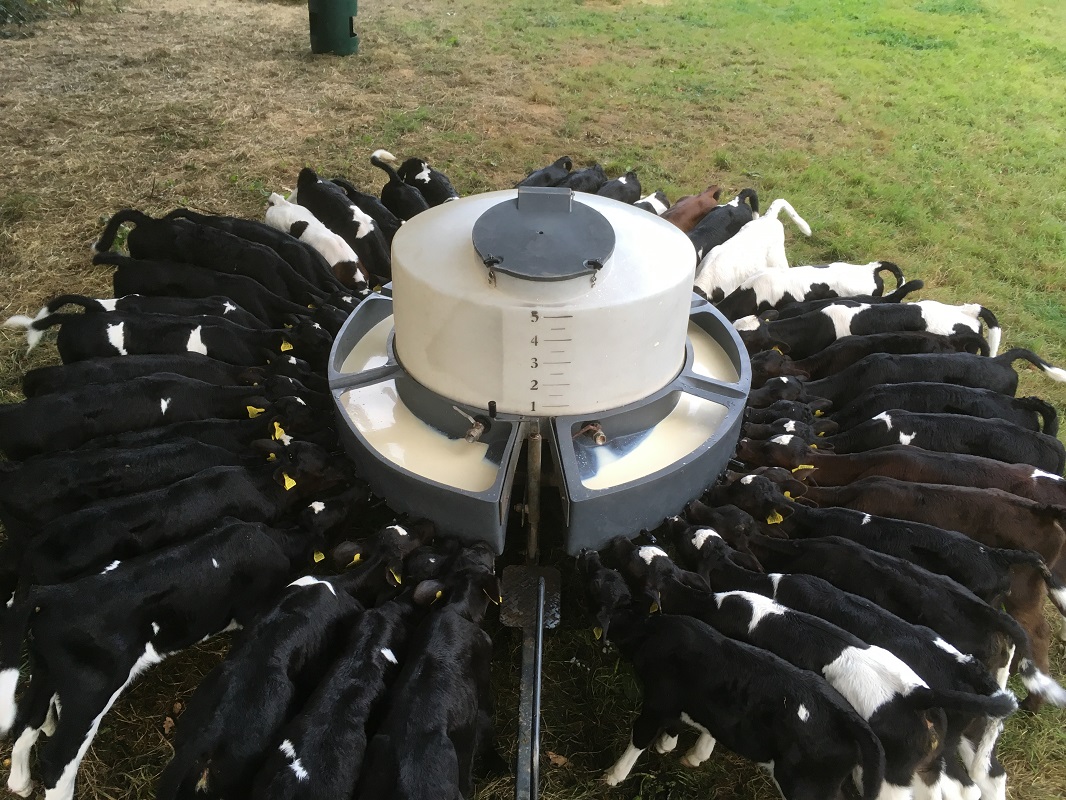 Our oldest calves enjoying some fresh milk for tea

The calves are all looking in fine fettle, with the oldest group now weaned off milk in the afternoon.  This can mean a lot of noise for a few days whilst they get used to the adjustment in their diet, but usually within a week they quietly watch as the milk trolley rolls past their field each afternoon.  They will be fully weaned at around 12 weeks old, which is around 4-6 weeks later than a non-organic calf would be.  By this time they are so big that they barely fit around the trailer.

I forget just how emotional it can be rearing calves.  Our middle group of 40 have just had a bad week after being dehorned. Many of them were certainly suffering some longer lasting pain afterwards and went off their milk, with others having an upset stomach, meaning that feeding time became a stressful period as I watched them struggle.  Thankfully we have managed to get them through this and they are now back up to speed. 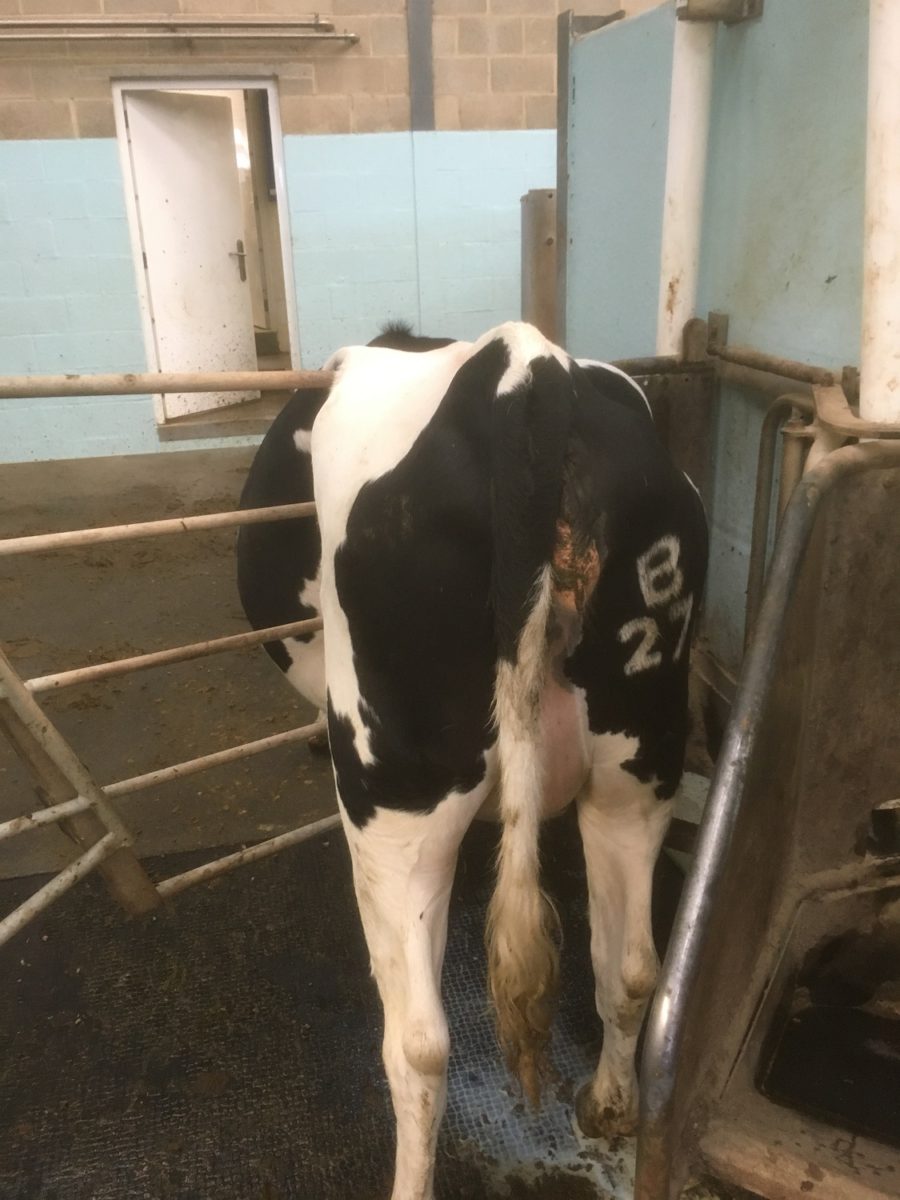 You only try this stunt once!

I’m sure you’ll be glad to hear that the wandering cow issue we had seemed to cure itself with some beefed up electric fencing, but we’ve still had our fair share of cows losing the plot.  One heifer in particular fancied herself as an olympic high jumper, trying to clear the front gate in the parlour but abjectly failing, resulting in a rapid deconstruction of the gate!  Both lived to tell the tale thankfully!

After some fairly noisy nights for the first few weeks of calving, the herd have really settled down well and look in great shape for another successful lactation.  We have to try and strike a balance between keeping them well fed and making sure they carry on eating the grass well, as it’s still producing us some very cheap milk and we don’t want old grass carried over the winter. 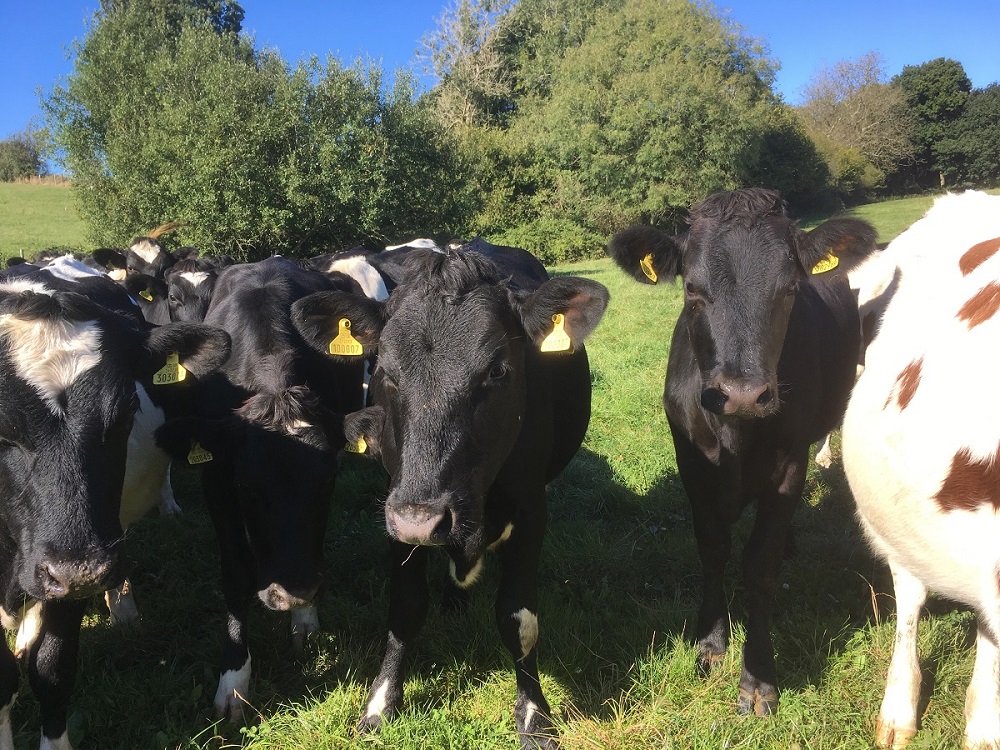 The return of the yearlings

Today we also brought back our yearling heifers, who have been so well looked after by Amanda and the team over in Bolney.  The challenge of looking after, feeding and getting in calf 96 of them hasn’t really dawned on me yet, but I’m sure they’ll provide us all with plenty of entertainment in the coming months!

Having got through this period, my mind can now start to focus on the future direction of farm policy and where we would like to be headed in the coming years.  With this in mind I’ve signed up to go to a fantastic seminar next month all about soil biology.  This is an area that we must and will improve on, especially if we want to raise productivity on the farm.  It is my feeling that farmers must be in control of their own destiny, with large multi-national corporations needing to be shown that it is not they who must be obeyed.

It hugely frustrates me when I read in the farming press that if I’m anti-GM then I must be a Luddite, stuck in the past, holding back the future prosperity of the planet.  It was therefore with great delight that I saw a snippet, albeit a very small one, with the results of a study showing that the use of GM soya in the USA has actually increased the use of glyphosate, the worlds leading herbicide. This is due to the weeds in those fields becoming resistant to the spray due to its overuse.  Funnily enough, the seed and the spray are made by the same company, therefore giving the farmer very little choice in how they spend their dollar.

To me, GM has so far only proved to be a tool to grow multinational business to the detriment of smaller seed producers around the world.  We are told that it will help to feed the world but have yet to see any evidence that it will have any lasting benefit to mankind.  In fact, due to the pressure exerted on small farmers in countries such as India to purchase their seeds and sprays year on year, farmer suicide levels are ever increasing.

GM will not provide the lasting legacy the pundits all hope and dream of, it is merely papering over the cracks, addressing the symptom rather than the root cause.  Instead, the future of farming will be lead by those who understand the soil beneath our feet and the many ways in which the life there can be enhanced to the great benefit of all.  And best of all this needn’t come out of a bag but will be a message carried across the globe, from farm to farm, hopefully using as much modern technology as is required to enhance our understanding.