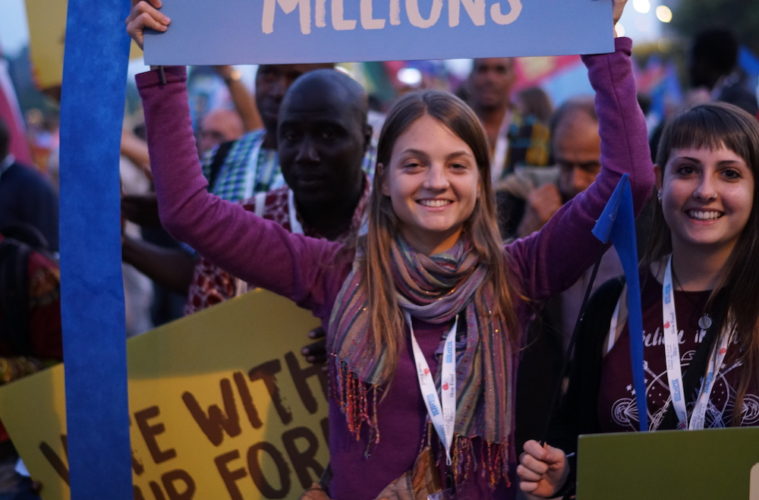 Last month I attended the world famous Slow Food Terra Madre 2016 – Salone Del Gusto held in Turin, Italy as a delegate (and a reporter) from the 22-26th of September. It was my second Slow Food experience in Italy having attended the SFYN (Slow Food Youth Network) We Feed the Planet event in Milan last year – aimed at bringing together young farmers, food producers and change makers (for more info check out our photo story here).

What is Slow Food?

In case you don’t know – here’s a quick overview. Slow Food is a global, grassroots organisation with supporters in over 150 countries around the world that links the pleasure of food with a commitment to the community and the environment. It was founded in Italy by Carlo Petrini in 1986 and is promoted as an alternative to fast food –  the slow food philosophy can be summarised simply as good, clean and food for everyone. It’s a philosophy that underpins many of the inspiring stories of independent farmers and food producers doing things differently here on Indie Farmer. 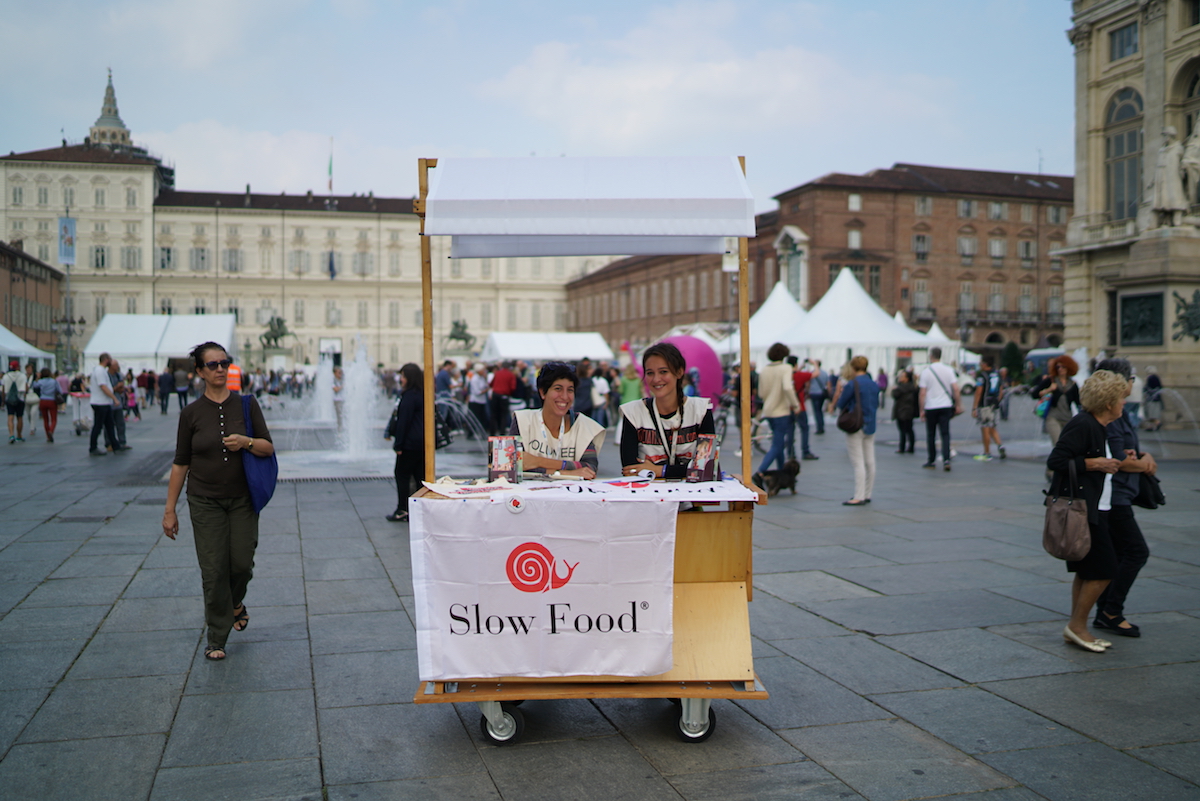 At Piazza Carignano – one of the main outdoor exhibition areas

It was a BIG event…

I was one of over 7000 Slow Food delegates – fellow farmers, food producers, chefs, activists and advocates – who had travelled from all over the world to come together in Turin to share food and knowledge.

To give you an idea of the scale of the event – there were over 1200 foods exhibitors from over 100 countries. It was my first Terra Madre Salone Del Gusto and unlike previous years the organisers had decided to host the event in the city itself – spreading the exhibitors and events across Valentino park and some of the beautiful squares. Whilst it made logistics of getting from place to place a bit trickier it opened up the event to the whole city and made it accessible to everyone. Needless to say it was a huge success – drawing over 1 million people over the course of the 4-days – which was over triple the 300,000 people who attended the previous Terra Madre held in 2014. 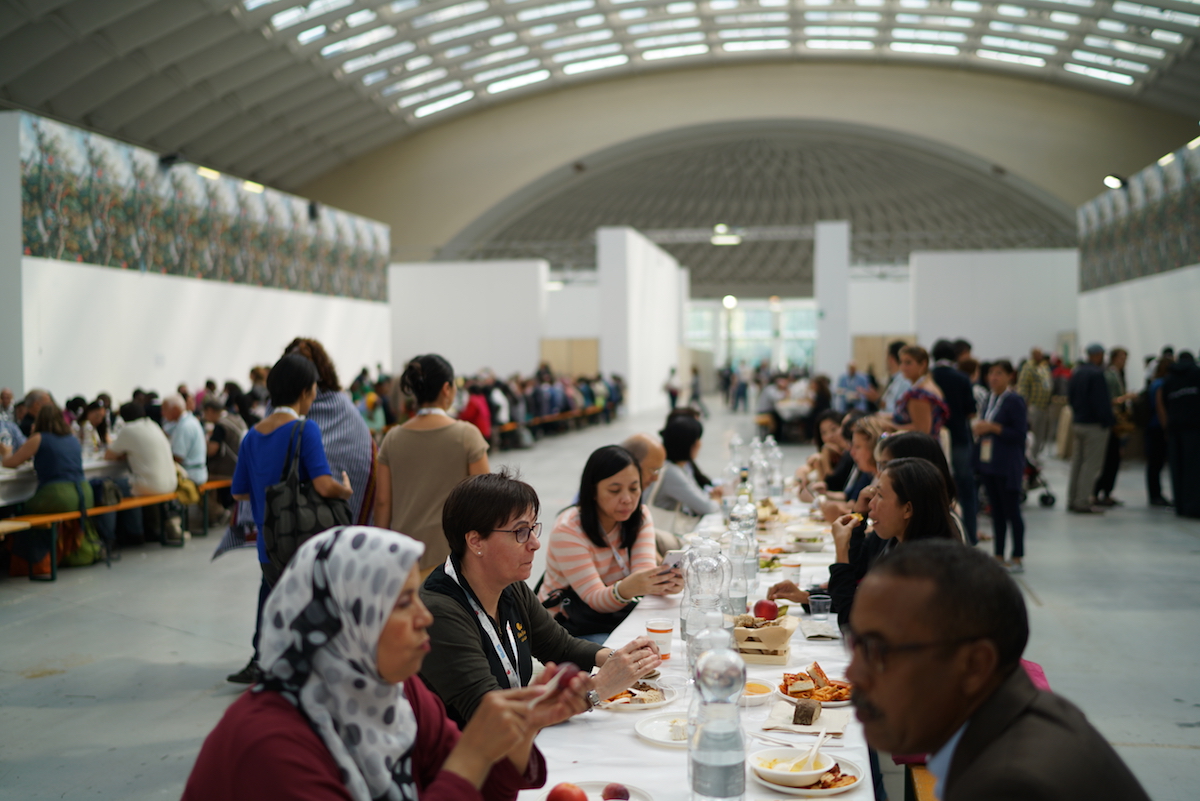 Inside the huge catering hall for Slow Food delegates

Some highlights from the Slow Food stalls..

The first couple of days I spent a lot of time chatting to my fellow delegates and wandering around the 1200 stalls – sampling and buying incredible foods from all over the world. With so much to see and do it was nearly impossible making decisions on where to be at any given time – I was especially torn over which conferences and forums to attend – more of which below..

There were fascinating conferences, forums, themed spaces and interactive tours..

The central theme of the program was loving the earth. To give you a flavour of a few of the topics – they included – Can Agroecology Feed the World, When Chefs side with Farmers. They are Giants, But We are Millions. One of my favourite interactive tours was Slow Meat – highlighting the effects of both industrial and more environmentally sustainable forms of animal agriculture and how we can all do more to eat less, better quality meat..

Terra Madre Parade – sharing our love for the Earth..

In the early evening of Friday the 23rd I joined over 7000 delegates from over 100 countries in a huge celebration of Slow Food as we made our way with drums and flags and banners through the heart of the city along the riverside avenue of Corso Cairoli, up to Piazza Vittorio, Via Po and Piazza Carlo Alberto – marching, smiling and shouting the message of good, clean and fair food for all. It was an unforgettable experience and I somehow managed to juggle taking photos, shooting video and recording some short interviews for Farmerama Radio.

On the Saturday the Slow Food Youth Network organised a free, full day social-design workshop on 9 food issues for 99 young people engaged in grassroots food work and creativity. I was invited to be an issues coach for the ‘Democratising Food Communications‘ group and over the course of the day we spent most of our time brain storming. With less than 45 minutes to go until our 5-min ‘solution’ pitch – we decided to focus our efforts on an idea to create a platform and campaign to highlight the international issues around food labelling (and standards). It was great to see everyone working together as a team and Gilliane Jennifer delivered a fantastic pitch – receiving great feedback from the panel of ‘judges’. Other groups tackled subjects such as Repurposing Abandoned Spaces for Food Production, Food Education Tools, Bridging the urban rural gap and Improving access to slaughterhouses for livestock Farmers to name a few. To find out more check out the SFYN TANK site here. 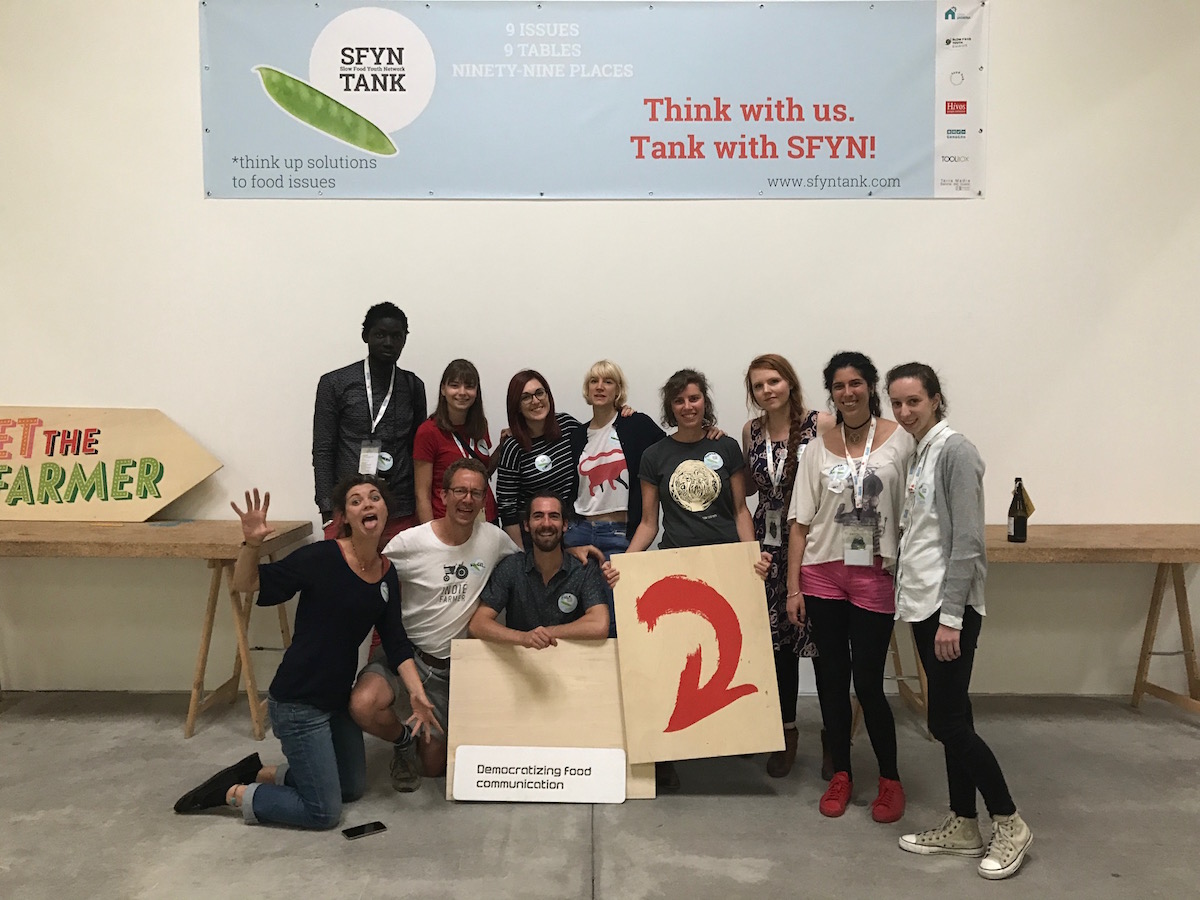 I was lucky to be joined by my Farmerama Radio c0-presenters Abby and Jo in Turin, where we recorded our first ever live overseas edition on the Sunday – featuring some highlights from the event alongside some other interesting farming stories from around the world. You can listen to the episode here or subscribe via iTunes here. 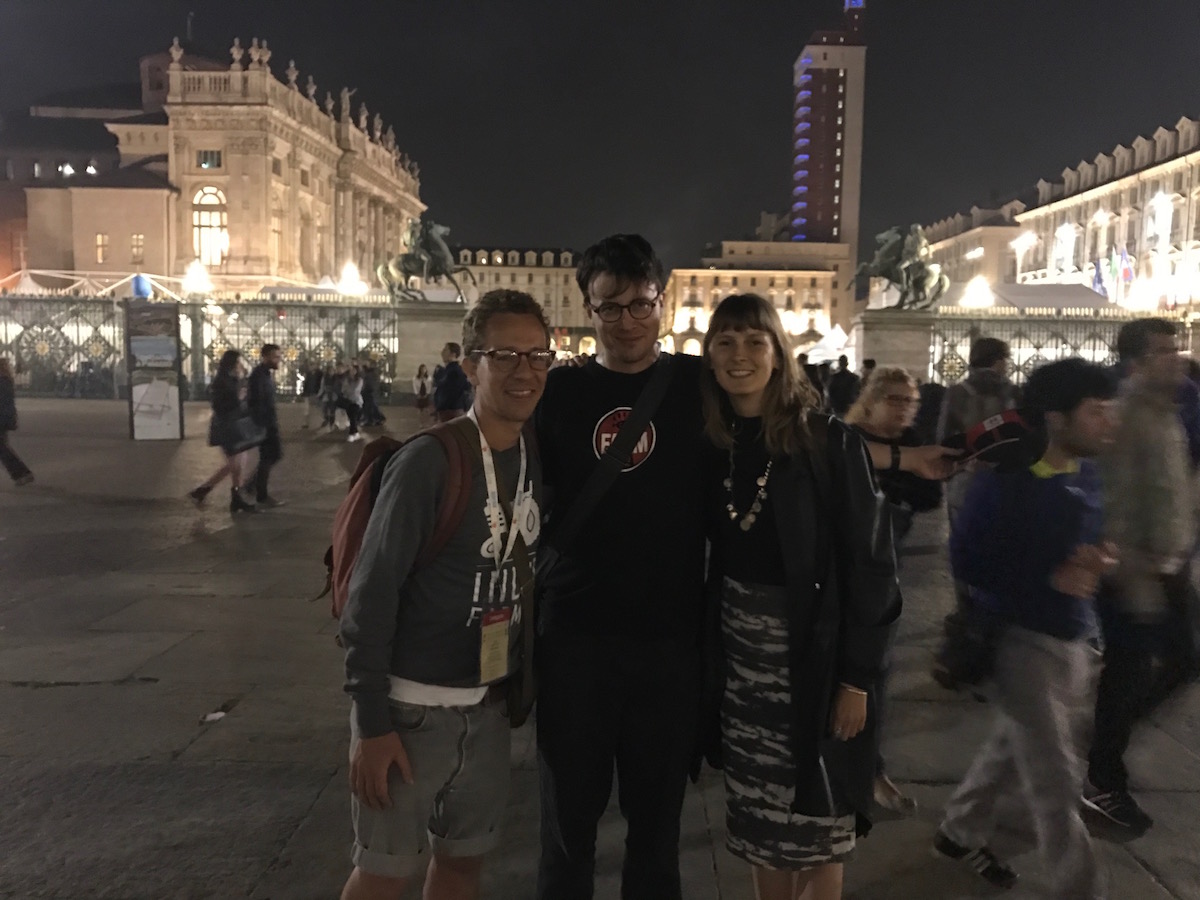 Turin at night – weirdly it looks as if we’re on a school trip!

I spent my final morning in Turin at the incredible food market in Piazza della Republica and managed to pick up some delicious snacks for my plane journey home.

Dan Saladino was there from the BBC Food Programme – you can listen to his report Terra Madre Part 1: A Global Gathering via the BBC’s Radio iplayer here