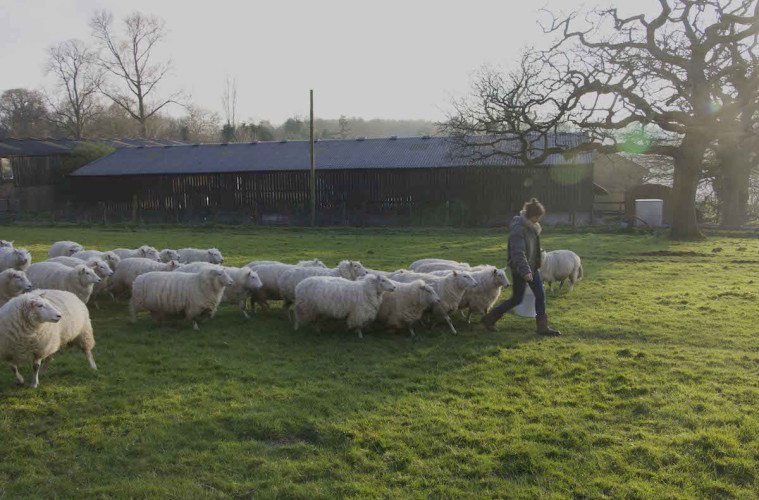 This month at Plaw Hatch, first generation farmer Gala Bailey-Barker is busy getting other jobs out of the way ready to start lambing..

I’m all set for lambing. The ewes are in their lambing field, and I’m stocked up on lambing essentials. From mid March I find it hard to give my full attention to anything until I’m prepared for lambing. With the day’s getting longer we have the opportunity of working longer. I am inclined to over do it and to be honest I’m already feeling pretty knackered, not how I want to feel with the strong possibility of being up all hours of the night feeding lambs in the next few weeks.

During previous years the sheep have had the run of the whole of the main farm during the winter. This year we decided to take advice that we’ve had not to graze the grass from January until the dairy cows go out. The cow grazing on the main farm is the priority as the sheep can go anywhere on any of the several parcels of land that we rent but the dairy cows need to stay with the milking parlour. Although this is, I’m sure, a good idea it was a bit of a shock. After grazing some fairly poor grass down the road, most of which had already been heavily grazed by the many marauding deer of the Ashdown Forest, I found myself at a loss where to put the sheep. I wanted them on fairly good grazing especially my 7 triplet bearing ewes. Luckily the gardeners had some of their rotation in a nice grass/chicory/clover ley which the sheep grazed down beautifully much to the satisfaction of all concerned. I start feeding the ewes a little of the oats and field beans mix that we mill from about 4 weeks prior to lambing. It takes them a while to realise every time I come and see them or walk passed them that they are not going to be fed and I am greeted with a deafening chorus. Whilst the sheep were in the garden Nir commented that it “was nice to have something that responded when you went near it” since plants are not so reactive.

It’s lambing in 2 weeks so the gardeners have allowed me to move the sheep in next to the polytunnels. The grass is a lot better than where they just were so they are thrilled!

With lambing coming I’ve been trying  to get other jobs out of the way. Rupert the boar and our two sows April and May are out until October. The piglets were confused by the electric fence for a few days and I was a little worried they were spending all their time on wrong side of the fence but figured they would eventually learn to stick with their mums on the correct side of the fence.

The sows and their piglets are out on a field edge!

I still think it would be nice to have pigs in the arable rotation but we need to make a hand moveable system that includes a pig arc, a whey tank, shade and a water tank. Tamworths are grazing pigs and if you move them quickly they don’t cause too much damage to the land. When pigs spend six month turning over a bit of land or at least with their houses in the same place even if you give them more grazing lower down they can destroy much of the precious organic matter that you have spent the last 4 years building with your grass clover ley. If any one has any genius ideas on the matter please let me know!

Julia had just given birth to this beautiful girl calf when I got to the barn for milking this morning.

We very sadly lost one of our milking cows in March. Her name was Ophelia she was one of the matriarchs, a very beautiful Meuse-Rhine-Issel cross Montbeliard. She had had previous calving and milk fever complications and milk fever took her despite the very best efforts of many of the farm team and our vets. With such a small herd it is hard not to get attached to them. It is something I have thought about a lot. I get very attached to my sheep. For now I have decided that although I find it very difficult to let go of ewes and lambs when it’s time for them to go that the delight that the relationships I have with them give me, collectively and individually, are worth that. I’m sure you will hear more about this in the autumn when the lambs start going off, for now I have the joy of lambing to look forward to with all the life (and death) that brings.

My next ramblings will no doubt be filled with lambing and this week we have 200 day old chicks arriving. If you would like to know anything in particular about life at Plaw Hatch or how we do things or have any questions please send me an email or message me on one of the social medias (See below)!