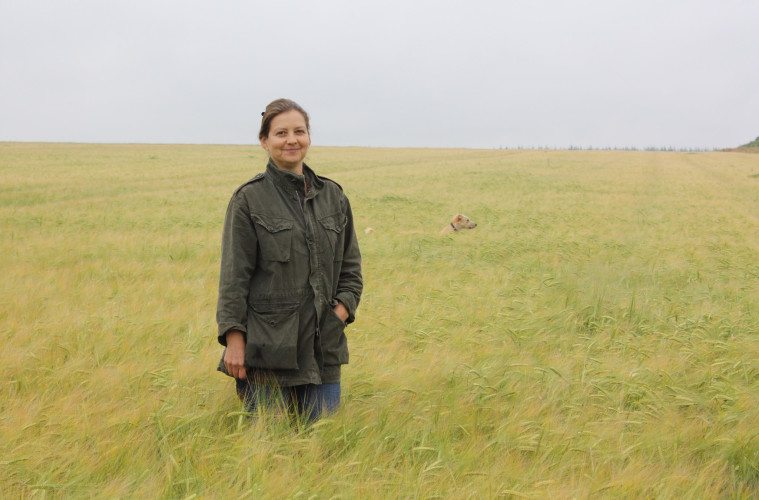 Compost tea has traditionally been the stuff of hobby gardeners, ‘brewing’ up a murky brown liquid which they can distribute across their veg plots via a watering can. But recently in the UK more large scale farmers are turning to this natural technique as an alternative to chemical fertilisers – either because they want to reduce their inputs, they’ve heard about its effect on soil life and microbiology, or because they farm organically and want to find out more about new farming techniques. Emily McCoy reports.

One farmer in Dorset has such a fascination with compost tea and followed her nose finding out more, discovering the Innovative Farmers network and a group of likeminded farmers on the way.

Innovative Farmers is a not-for-profit network – funded by the Prince of Wales’s Charitable Foundation and backed by Waitrose – that gives farmers support and funding on their own terms to run robust practical trials. It is the result of three years piloting ‘field labs’, on farm trials run by farmers, for farmers. The network links farmers with researchers or advisors to find solutions to improve their farming techniques. Compost tea was voiced as one solution to improve soil health, and subsequently yield. It needed to be put to the test.

The compost tea field lab began in March 2014, linking a group of farmers including organic and non-organic arable farmers from across England and one apple grower, with researchers from the Organic Research Centre.

Compost tea was sprayed on 45 hectares of test areas at three farms, three times during the field lab, from April to June. Each farm was in a different location and soils ranged from peat soil to calcium dominated soil. A full soil biology and soil chemistry test was run before the trial began to gain accurate results of changes to soil life. The group were also taught by Martin Lishman Ltd (manufacturers of agricultural size compost tea brewers) about the precise requirements for making and applying compost teas effectively.

Sophie Alexander, of Hemsworth Farm in Dorset explained how she found the Innovative Farmers group;

“I first read about the compost tea brewer a few years ago and was intrigued. Although this technique has been used on football pitches and golf courses for years it’s never really caught on within agriculture. Through the Soil Association I found out about the Innovative Farmers group, and discovered that I wasn’t alone in my fascination. I joined the group and ran trials across 40 ha of spring barley at Hemsworth – I had initially thought of trialling compost teas off the back of a quad bike with a back-pack sprayer!” 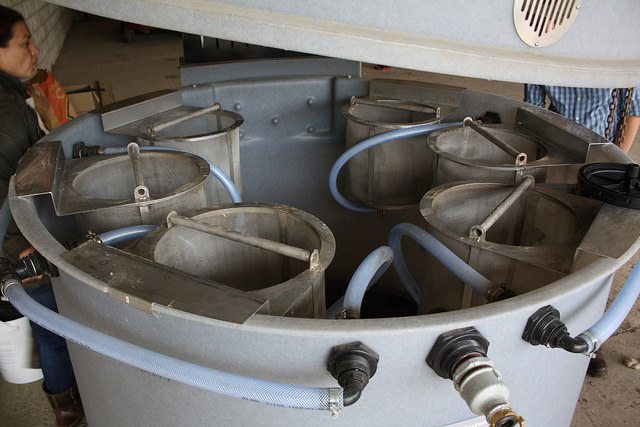 The first year results have just been released and have some interesting findings. Out of the three farms involved in the field lab, one farmer has seen yields increase 35-50% on the fields tested in the first year of application, and all farms have seen increases in soil fungi.

Fungi in the soil are essential for effective nitrogen and phosphorous absorption in crops – crucial to their growth and development. Fungi are one type of micro-organism in soil that forms symbiotic relationships with plants roots, breaking down complex carbon compounds and returning nitrogen to the soil, which subsequently allows the crop to absorb more nitrogen and phosphorous, essential as fertiliser. The observed increases in soil fungi could therefore have significant impacts on crop yields. The full report is available to Innovative Farmers members here.

Liz Bowles, head of farming at the Soil Association, is co-ordinating the group. She said;

“The results of the compost tea field lab are very positive at one of the farms but we now need to repeat and extend the trials. Innovative Farmers helps farmers carry out more reliable trials at scale – in this field lab we have 3 farms and 45 hectares involved in the trial. By testing compost teas on different farms, with different soils, we can find out more about the effects that compost teas can have on soil microbiology.” 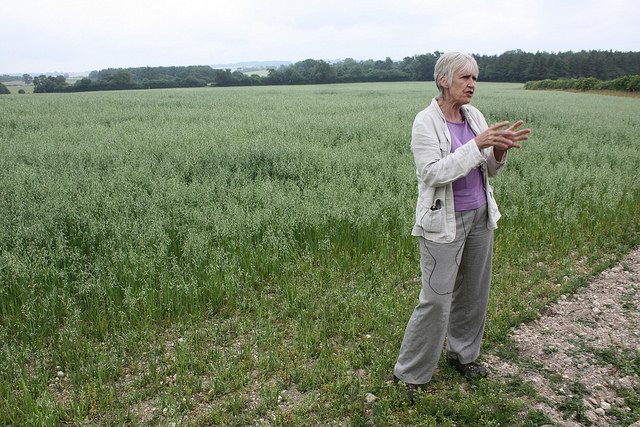 An estimate of the cost benefit of using compost teas suggests that for the first 10% increase in yield on an organic farm, the financial benefit from use of compost teas after costs was around £18/ha.  For every further increase of 10% in yield, the additional benefit was estimated to be around £70/ha. Increases in yield at the three trial sites ranged from 10% to around 50%.

The initial trials were not replicated within fields, so more trials will be needed to gain a better picture of the effect of compost tea. Sophie Alexander said that while these initial results are promising, more research is definitely needed. The team at Hemsworth are committed to using and testing compost teas again this year to find out more about their effect.

“I will be continuing with the Innovative Farmers group as although we have had amazing results this year I am unsure how accurate they are – it’s only our first year using compost teas.

“By spraying the same 40 ha we will be able to determine if there is a cumulative effect of the compost teas on the soil and our crops. Last year we sprayed in April, May and June and I plan to do the same again this year. I am also going to continue the experiment into our spring wheats elsewhere on the farm. That seems to be the logical progression for our farm. We’ve had such good results it would be stupid not to repeat.”

To find out more about other field labs and the Innovative Farmers network: www.innovativefarmers.org