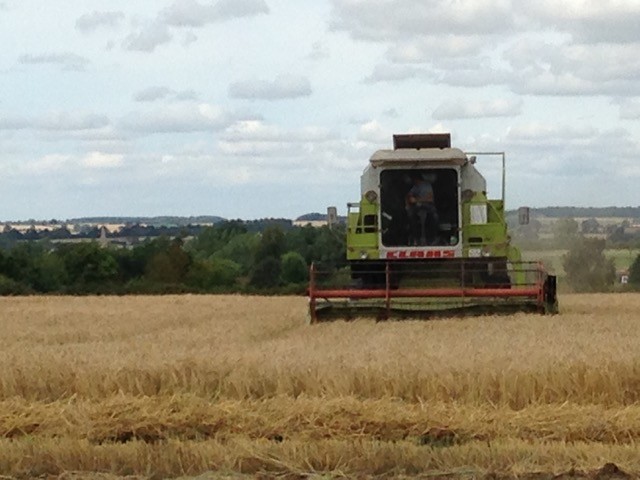 Life on a Small Arable Farm

We welcome Northampton based small-scale arable farmer Tristan Smith to the Indie Farmer fold. In his first ‘Life on a Small Arable Farm’ blog post we learn about his background and unconventional approach to arable farming.. 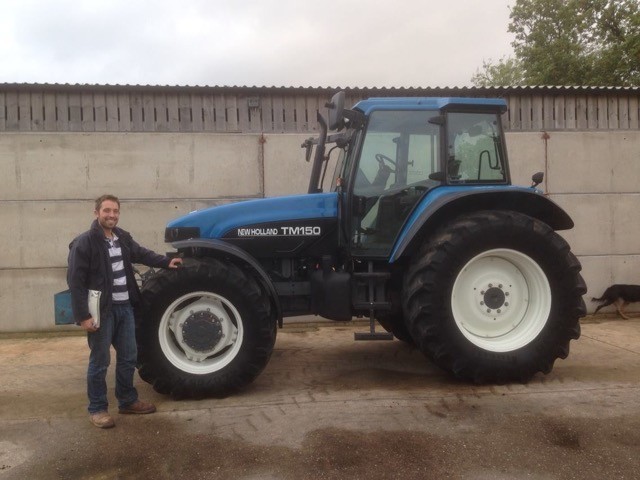 Tristan next to his Ford tractor

I was thrilled to be asked to write this blog for the site and hope to use it to highlight some of the struggles new farmers face entering in the arable side of the profession and also some success stories.

When I was 9 my father (who farmed 1000 suffolk sheep) died from Asbestos related cancer which meant my mother was forced to take over the management of our small farm on her own. One thing she did which was brilliant was to never push me into farming, she never once took for granted that I would follow in my fathers footsteps. Instead I went off to uni and studied History & Politics, I got a job for a charity based in London and Oakham (Rutland) so worked there for a couple of years.

After relenting to a long standing itch I had for farming I eventually found myself with a Extended Diploma in Agriculture and an insatiable desire to work in the industry. I worked for a couple of years with local farmers, I learnt a lot but after seeing how the arable sector in general was going, I knew I wanted something different for our farm. 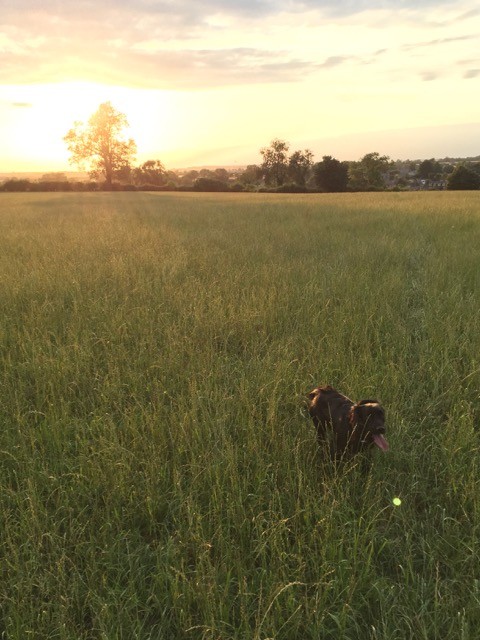 Starting out in farming is not easy. It is in some respects a rather closed profession, seemingly open to only those who have passed the initiations of Young Farmers Club parties, tweed wearing, port swigging, pro hunt gatherings etc. I wasn’t any of these things really. I had been a bit of a city boy I suppose, as my father had passed away at such a young age I wasn’t given his instruction on ‘how to farm’ nor was I inducted into a particularly ‘rural’ minded group of friends. I went to a normal urban secondary school, certainly nobody I knew was invited to Pheasant shoots or hunt balls. Yet throughout I always felt like something was missing. I couldn’t settle very easily into an office job, in fact I was bloody awful at it, the best bit of my city job was gazing out of the train window at the passing countryside on the way to London.

Going to agricultural college was a revelation. I loved it, I loved the work and the people on my course. These were the people I would never have socialised with when I was younger but found that suddenly I fitted in. After many extensive discussions with my family we came up with a business plan.

Until I took the farm on it was contracted to some local farmers, I knew I couldn’t farm it like them. They had huge kit, some of which was brand new. Tractors ranging from 200-300hp and massively expensive minimum tillage kit, all in all, the staples of what we all associate with the tools of an arable farmer. With 220 acres none of those things were viable. We couldn’t buy all new kit, I knew we needed a more sustainable business practice both in terms of the environment (something I am passionate about) and financially.

My idea came from (rather randomly) New Zealand dairy farmers, they had taken the methods of dairy production we know and stripped that back, assessing the necessity and cost of each task on the unit. They then identified those tasks most important to the health and productivity of the cow and the equipment necessary for those tasks, at every stage of the production the New Zealand farmer is looking at where he can save money during this process. This makes total sense when the commodity price is so low. I thought to myself, why is no-one doing this with arable farming?! 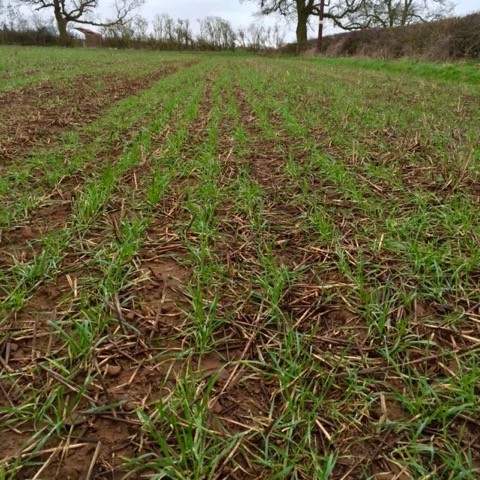 Winter wheat established with our direct drill on a neighbours farm

When we look at arable businesses of any size the expenses are massive. You have the cost of equipment, fuel, land, chemicals, fertilisers, grain handling and storage and thats without factoring in the myriad of other costs you run into, when wheat is near £100/t, you have to wonder why we are not looking harder at what we do and why we do it.

I think the benefit of my rather unconventional route into farming has been the reluctance to do things the way they have always been done. I recall I was advised by a neighbour to buy a cheap combination drill and a plough, do away with min-till and start moving the soil around more if I wanted decent yields. This ironically is nearly the opposite of the production method I chose. When we came to buy a drill, I chose to buy new. I was lucky enough to have a setup budget of £55,000, this may sound a lot to the average man on the street but in farm speak, it isn’t, as I discovered.

I chose to do everything myself on the farm, nothing would be contracted out, this was so I could react quickly to the needs of the farm or the weather without relying on expensive contractors. As we were doing everything in house, I factored that we would need a tractor of at least 150hp, a telehandler to load grain etc, sprayer, fertiliser spreader, set of rolls, small combine, grain trailer and a drill. When it came to drilling I discovered a nerd like fetish for the principal of direct drilling, I really liked the idea of doing away with the plough and the time and fuel consuming work that goes with it. When you understand the principles of soil science it becomes clear that to keep moving the soil around is folly and certainly when I compare my cost of production with my neighbours it is a stark difference, my yields started off a little short of theirs, they have now caught up and in some crops (spring beans) considerably overtaken. 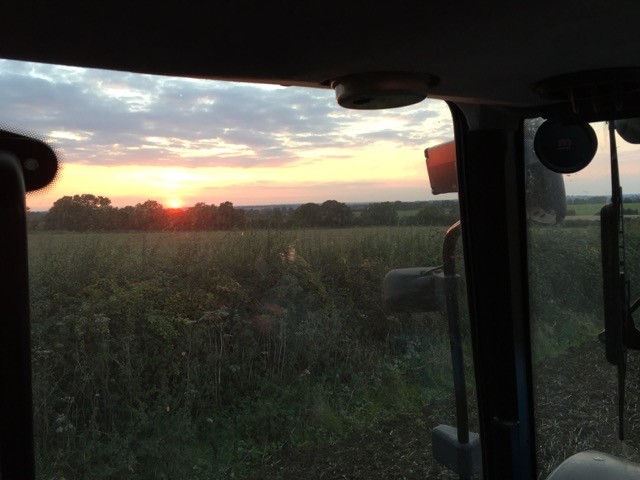 Sunset from the combine cab

Over the next few blog entries I hope to focus on the various aspects of the farm business and discuss some of the trials and tribulations encountered when trying to grow a successful farming on a restrictive budget. I will be covering kit, methods of establishment, environmental stewardship, diversification and a myriad of other topics that I hope may inspire discussion and prove useful and/or even interesting!

Please leave comments below as discussion is the best path to innovation!