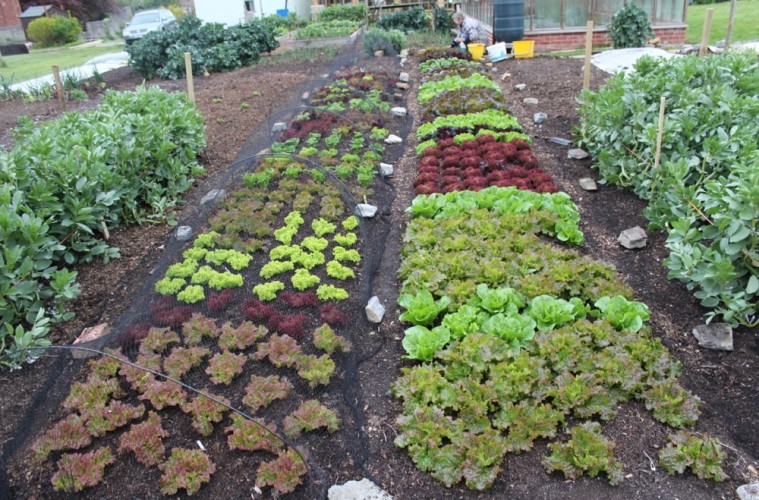 Gardening Myths and rules are more interchangeable than you think! And some ‘rules’ cause problems writes Charles Dowding…

Do you wonder sometimes if gardening methods handed down from our forebears, are actually a good idea?  My mother showed me how to put crocks in the bottom of pots, “to improve drainage”. It must be a good practice, or rule, because most gardeners do it.

Nonetheless a trial by Which? Gardening in 2013 discovered that plants in pots without crocks grew as well or slightly better than ones in pots with crocks. Probably because they had compost instead of crocks at the bottom, supplying more food and moisture. Also some plants showed signs of waterlogging, in the crocked pots.

This waterlogging is caused by a “perched water table”, a capillary surface of water across and between materials of two different consistencies. Water does not flow freely between fine compost and lumpy crocks.

Now this has ramifications because it suggests that digging (and double digging, as deep as you like) causes a perched water table in soil, where water accumulates in the crumbly dug soil, without being able to freely pass into the firm soil below, whose consistency is completely different. Not compact, just different.

Look at these reports I had from an allotment in Sussex, January 2016 when there was much flooding:

“I have always worked my plot using your no dig principles but this year my neighbour, also a ‘no dig’ woman & myself were discussing the flooding on the allotment. I then realised that the flooded plots are those worked by Mr Rotovator & the extremely active diggers – mainly in their 80s who are envious of my straight carrots.

We have a solid clay soil so ‘no dig’ us the only way for a woman approaching 70 & who doesn’t like wading!” 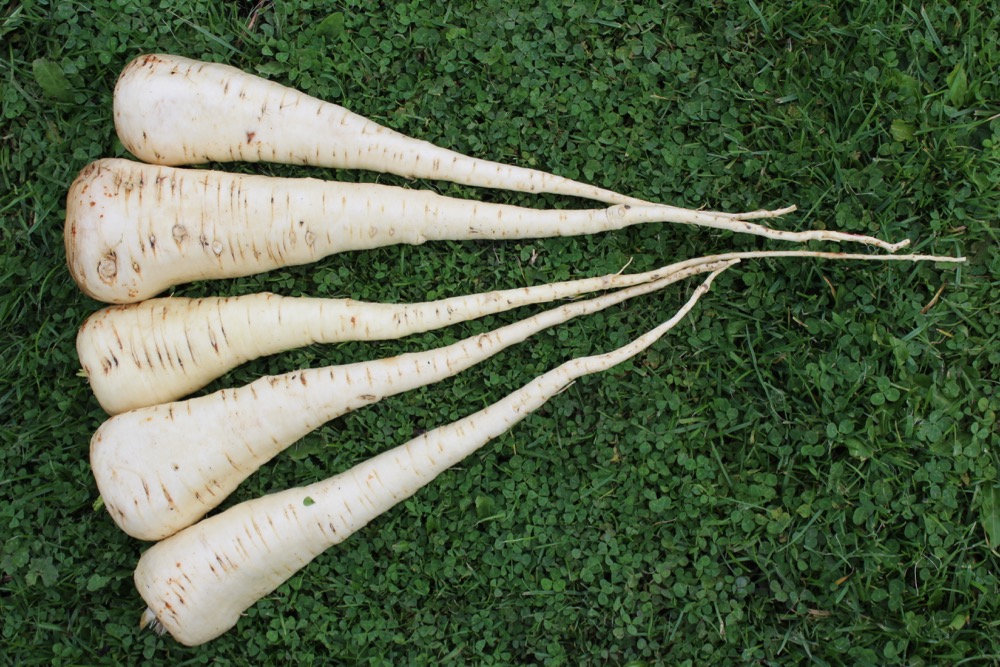 Parsnips grown in undug soil with clay below 8 inches

This suggests the diggers and rotovators are creating a “barrier line” to the passage of water. Same story for ploughed fields, another contribution to flooded watercourses, perhaps as much as soil compacted by late harvests of maize, as highlighted by George Monbiot.

So many myths, and they waste your time

Pot crocks and digging are two of the myths in my book, Gardening Myths and Misconceptions, which I wrote to help gardeners save time, our most precious commodity. For example I could never achieve fine crops with so few weeds, if I followed all the rules about digging and composting, nor about picking salad.

Some of the myths I cover may at first be hard to believe, such as that you can put blighted tomato and potato leaves on a compost heap. It helps to know why, that blight spores can survive only on living plant tissue, and there is none of that left by winter, let alone by spring or summer when you might use the compost. I have practised this for thirty years with no ill effect. 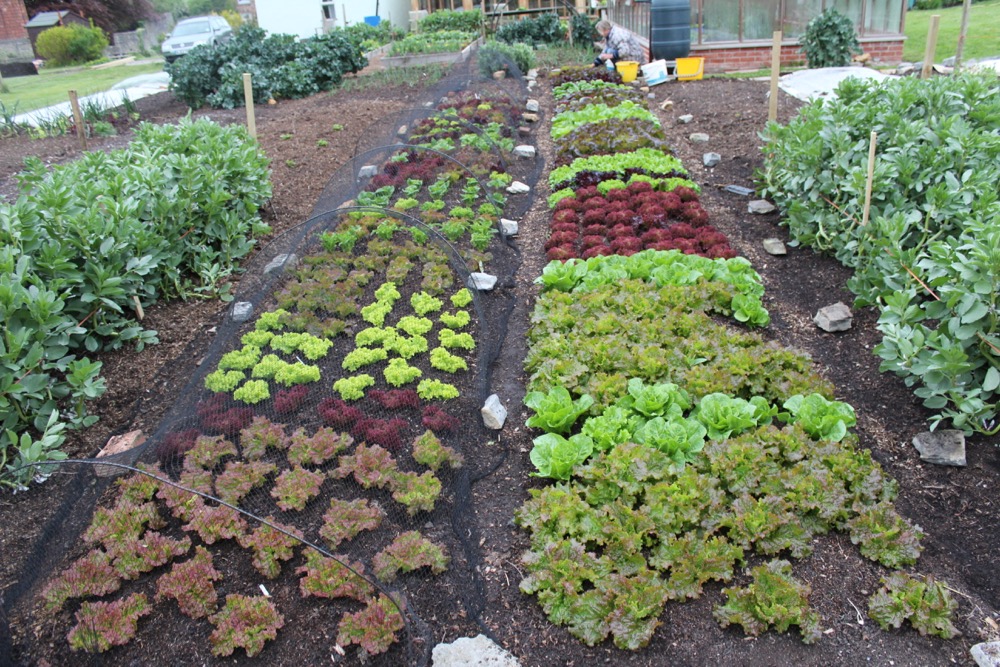 May – lettuce grown for picking outer leaves even though some are hearting varieties e.g. Grenoble Red, Little Gem

So often it is repeated, that blighted foliage must be burnt. Although a waste of time and resources, it is rarely questioned. I believe you should question things, especially statements which feel wrong and have no obvious reason for existing. Often they masquerade as free advice. 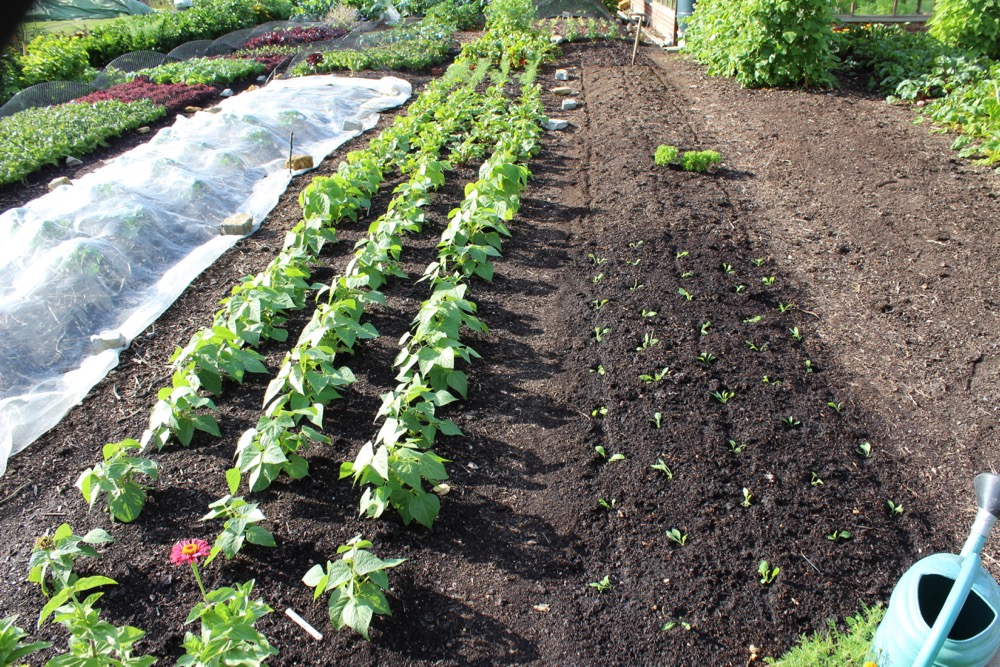 The same beds as the lettuce grew in, 3 months later in August, no weeds and easy to keep weed free thanks to no dig

I am the kind of gardener who does ask questions and I am trying new methods all the time, particularly when they save time and resources. I stopped washing my pots and trays thirty years ago, after doing it once and wondering, then seeing, that it made no difference.

Similarly I water plants in bright sunlight, should they look in need of moisture, and have never noticed any ill effects. Same story with April showers: if the scorching statement were true, many plants and crops would be damaged.

A study at the University of Budapest in 2009 confirmed that water evaporates before scorching can occur on leaves. Dr Gabor Horvath, leader of the research at Eötvös University in Budapest, Hungary, said: “This problem has been dealt with only by amateurs, gardeners and laymen, who could only speculate about this subject. The consequence is that myths rule.

“We believe that completely unrelated types of leaf damage might be partly responsible for the widespread belief about sunburn caused by water drops.

“For example, drops of acid rain, salty sea or tap water, chlorinated water and concentrated solutions of fertiliser or other chemicals can all cause sunburn-like brown patches.”

Advice against watering plants in direct sunlight is widespread. The Royal Horticultural Society states: “Water on leaves can act as a lens that concentrates the light leading to burnt patches,”.

Do water plants in bright sunlight when you see they need it. Wetting cucumber leaves, for example, during periods of intense and hot sunlight, helps them to maintain the necessary amounts of moisture, to wilt less and grow more.

Still on watering, where does the advice come from, “to water in the evening to save moisture”? Presumably a dry climate, where it makes sense. Not in Britain where slugs come out and eat when it is moist after watering in the evening, also mildew can build up on damp leaves. So water in the morning.

Another watering tip I give is to have the rose pointing downwards. It strengthens plants and is more accurate, so saves water.

The Myths in my book have been well checked by my own experience, and some by the work of others. Nothing is pulled out of thin air, nor is it based on just one trial or experience. Some are more misunderstandings than Myths but its good to air them for clarity.

For example the rotation of vegetables, often taught as though it is obligatory and that you are in trouble if less than four years lapse before growing vegetables of the same family in one place. Rotation is a sound principle for farmers (or we believe so…), but there is no reason it has to be four years, and how you garden in other ways can effect the supposed build-up of disease or decline of fertility. A tv programme by Monty Don featured a Frenchman growing onions in the same place for decades, with wonderful results. I am not advocating that you do the same, just saying that rotation is a principle to play with rather than a rule to be governed by. 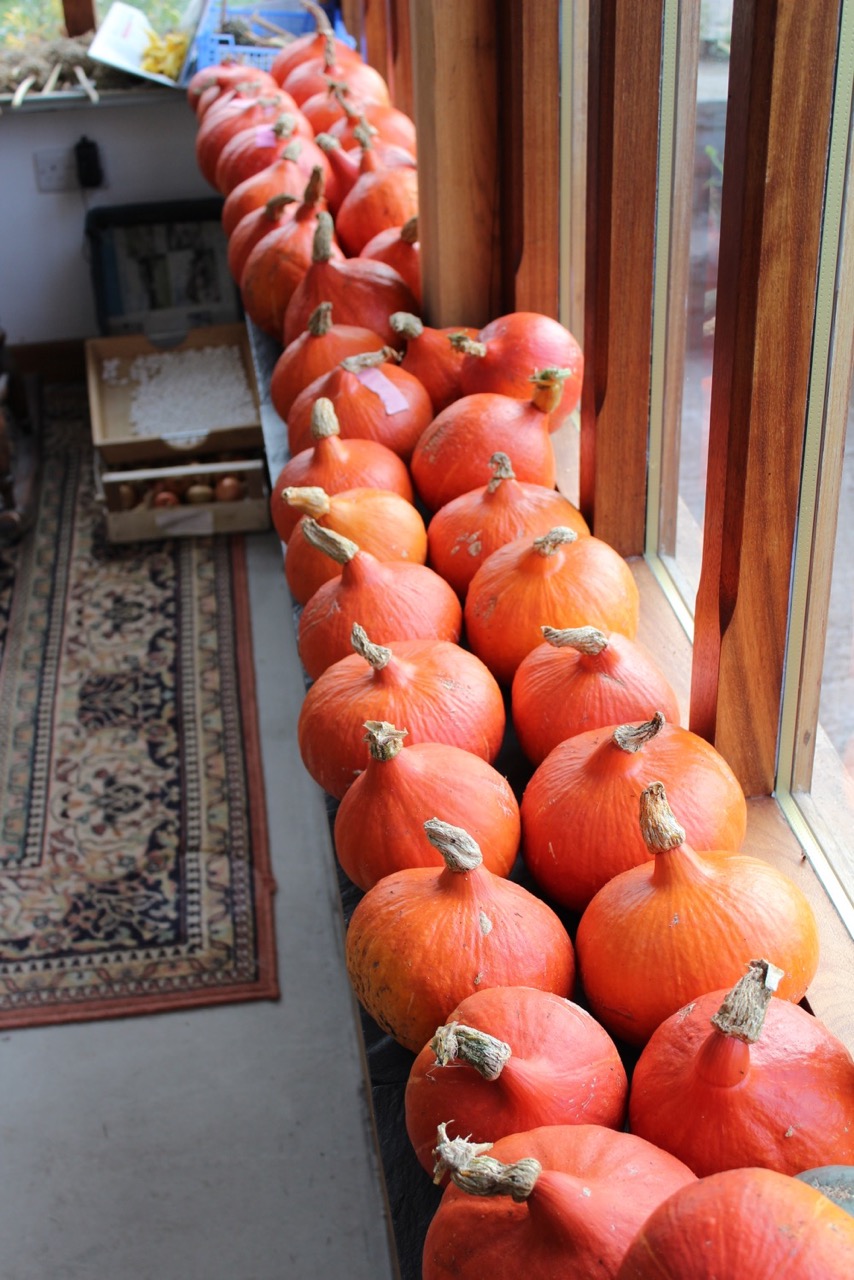 Squash Uchiki Kuri off only 6 plants, grown in same soil for the third year

Gardening is full of great principles and sound ideas, about the joy of working with and understanding nature. Let’s find more of that, and worry less about supposed rules.

See www.charlesdowding.co.uk for more details, also his books and videos, check out his courses at Homeacres and an online course too.

The Beginners Guide to No Dig Gardening