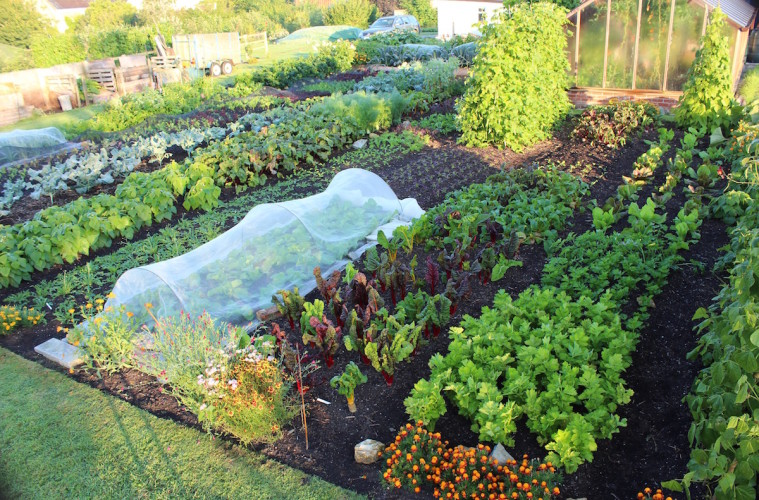 A Beginners Guide to No Dig Gardening

In this beginners guide to No Dig, award-winning expert and writer Charles Dowding explains the basics of growing using a non-cultivation method that is gaining popularity in sustainable gardening and farming communities around the world.

Its often said that heavy soil needs aerating, but soil life can do this, and build structure at the same time. Feed the soil at surface level, keeping the structure intact: its a simple approach, working with natural processes. 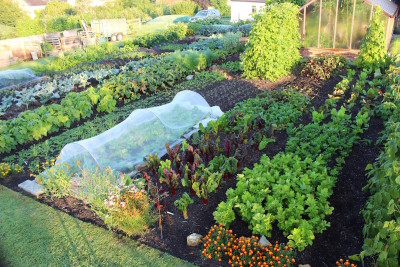 I am often asked the questions below, and here are my replies based on 35 years of surface mulching, no dig market gardening in south west England. During the 1980s I cropped 7 acres of Cotswold Brash, then farmed a white clay in SW France, now crop an intensive quarter acre in Somerset, on clay with loam on top.

At Lower Farm, Somerset in 1999/2000, I took over a third acre of clay soil which had been compacted in wet weather by heavy machinery. There were putrefying lumps of grey-orange, airless soil, whose surface was sticky in winter and rock-hard in summer. Gradually it became brown, healthy clay as soil life multiplied and brought in air, without any cultivations.

I cleared the weeds by hand and surface mulched with 1-2 inches of compost (18-month-old horse manure in this case) and in the first year, crops were below average as the soil was recovering. But in the second year there was good growth; for example parsnips grew deep and long into the still dense but more aerated clay. 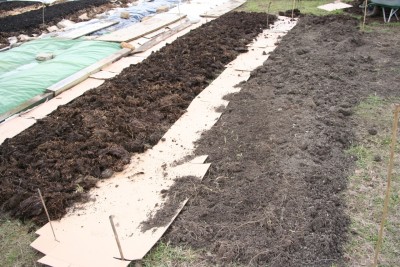 Making new beds on untilled pasture with a lot of couch grass, March 2013

Every autumn I spread another 1-2 inches of compost, and from year three onwards my vegetables were abundant. Furthermore, weeds were few and easy to pull or hoe, on the surface which stayed soft in dry weather and was not sticky in winter.

My conclusion is that feeding earthworms and other soil organisms from above allows the soil to recover damaged structure, over time.

A rare exception is soils where a true pan has developed, such that growth and drainage are awful. In this case, a broad forking or subsoiling are worth doing.

Incidentally, what is sometimes referred to as “compaction” is just soil’s natural firmness, which is a good thing. 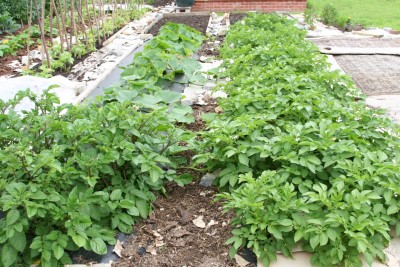 The same beds on June 30th

People ask how you can incorporate manures “to rooting level”, but the question should be why incorporate them at all? A reason sometimes given is to place food “in the rooting zone” but this is contrary to how plants grow – they feed mainly at the surface where there is most life and most food. Hence the successful and super-healthy growth of plants in undisturbed, mulched soil – its nature’s way. There are also a variety of products you can use alongside the mulching process, companies like agron stock a variety of options, just follow this link to see if anything takes your fancy – learn more about our brands.

How do you eradicate serious perennial weeds?

As I often hear from gardeners on my courses, its also difficult to eradicate serious perennial weed problems with digging! I have demonstrated so many times that you can mulch to eradicate couch grass, creeping buttercups, dandelions, ground elder et al, that its beyond doubt: mulching is a highly effective way to clear most perennial weeds, and to weaken the few persistent ones. Also its requires less time and less effort, what’s not to like? You could also use a weed eater to remove any weeds. It might be that you’re starting on a new patch and there are a lot of weeds, meaning it would take quite a while to get rid of them. Using a weed eater or any other apparatus can speed us your gardening process so that you can use that area to grow your desired plants.

At Homeacres three years ago, there was a hundred square metres of soil with plentiful couch grass, just where I put the new greenhouse. Thorough mulching in February meant I had only a handful of new shoots to remove all season long, with my crops growing while the weeds died underneath.

The most persistent perennial weeds such as convolvulus and equisetum take longer to eradicate but again, mulching/feeding soil is effective, with some follow-up removal of shoots with a trowel. 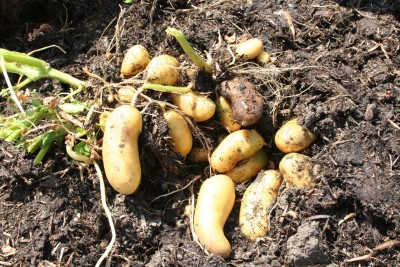 Aren’t mulched soils slower to warm up in spring?

The opposite is true unless you spread light-coloured mulches such as straw and paper. Dark mulches of compost soak up the sun’s early rays and actually warm more quickly than dug soil.

Every spring I notice slower growth on the dug bed of my experiment, partly from its dark compost being incorporated, partly from the 8-10in layer of dug soil having a broken connection with the soil below, which is then slower to transmit the earth’s warmth upwards. No till / no dig preserves the capillary contacts between surface and subsoil, for better temperature and moisture transmission, both upwards and downwards.

Do mulches provide cover for overwintering pests and slugs?

This may or may not be true, depending on the mulch. If slugs are an issue, then mulch with compost which does not provide cover for them. For other soil pests such as leatherjackets, yes this can be a problem but I am unsure that it justifies tillage. Over nine years of comparing plant growth in dug and undug soil, I have noticed only a few instances of extra damage on mulched soil, and usually in a first year of mulching to eradicate masses of weeds, which were harbouring slugs and other pests.

Is no dig most suited to light soils?

My no dig garden in France 1992-7 was on white clay (boulbene), and growth was fantastic. The produce was always admired at market, including by farmers who knew the soil. Also at first they had been sceptical of a “bio” (organic) approach but many switched to it soon after.

Southern France has a warmer, drier climate than Somerset and I could mulch with hay as well as compost, but the principle is the same: feed the soil to increase the number and health of its active organisms, then they do the aerating and create a durable, healthy structure at all levels.

Are no till farming and no dig gardening the same?

Often different because machinery is used to break up living mulches and weeds, so there is a little surface cultivation in no till farming. Slugs are easier to deal with in gardens because surface debris can be cleared to the compost heap.

See www.charlesdowding.co.uk for more details, also his books and videos, check out his courses at Homeacres and an online course too.