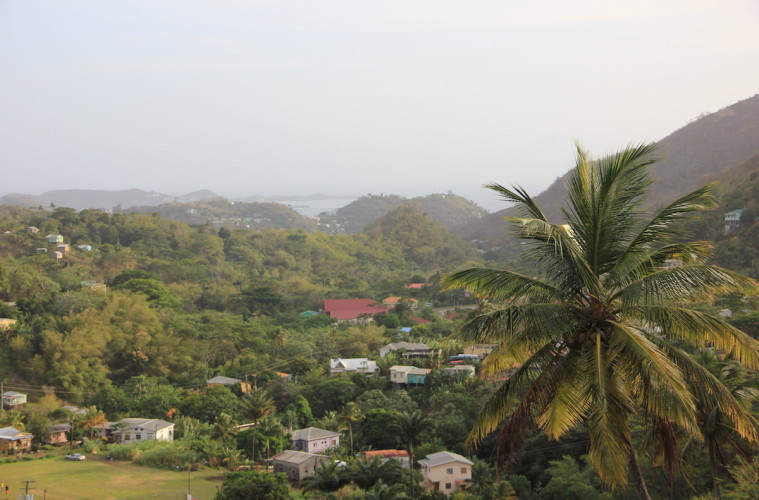 Grenada and the Goats is an indie social issue documentary being produced by Scottish film maker Aidan Nicol in association with Caribbean production company Brainstorm Productions. Aidan visited Grenada in 2011 where she has been volunteering with a charity Goat Dairy on the island for the past two years between working as a freelance production co-ordinator at home.  The trailer for the film which is currently in production, can be seen at the bottom of this post.

The Grenada Goat Dairy at Belmont Estate is a not for profit project producing artisan cheese on the island of Grenada in the West Indies. It supports a network of small scale farmers and is pushing for change from the ground up. Established 6 years ago the dairy is perhaps the first in the world to get agriculture and food back on the curriculum by building a goat dairy on site at a local school. 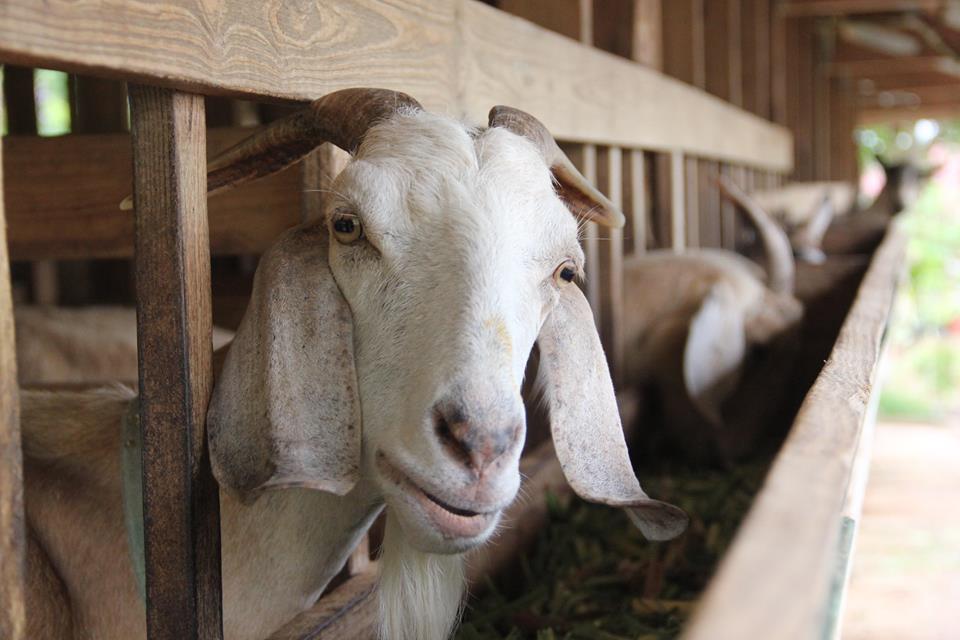 In the past year it has been striving to achieve sustainability despite climate change related challenges, which have caused their production levels to drop dramatically.

The dairy has faced further changes this year, as the project has been absorbed into the larger farming initiative at Belmont Estate to enable it to continue its efforts in teaching, supporting, producing and modelling Grenada’s agricultural potential.

“My hope is that this film will highlight the work of The Goat Dairy, as one of the fantastic, innovative local producers and initiatives already established in Grenada. In addition to encouraging agriculture on this scale as an option for communities to achieve food security.”

Getting involved in The Goat Dairy’s journey and ideals three years ago captured my imagination. Since visiting Grenada in 2011 I’ve fallen in love with the place, the people and the food. The Goat Dairy’s simple aspirations as a local initiative producing a quality product on island from the resources available has been the inspiration behind the film and will be the focus for the documentary. 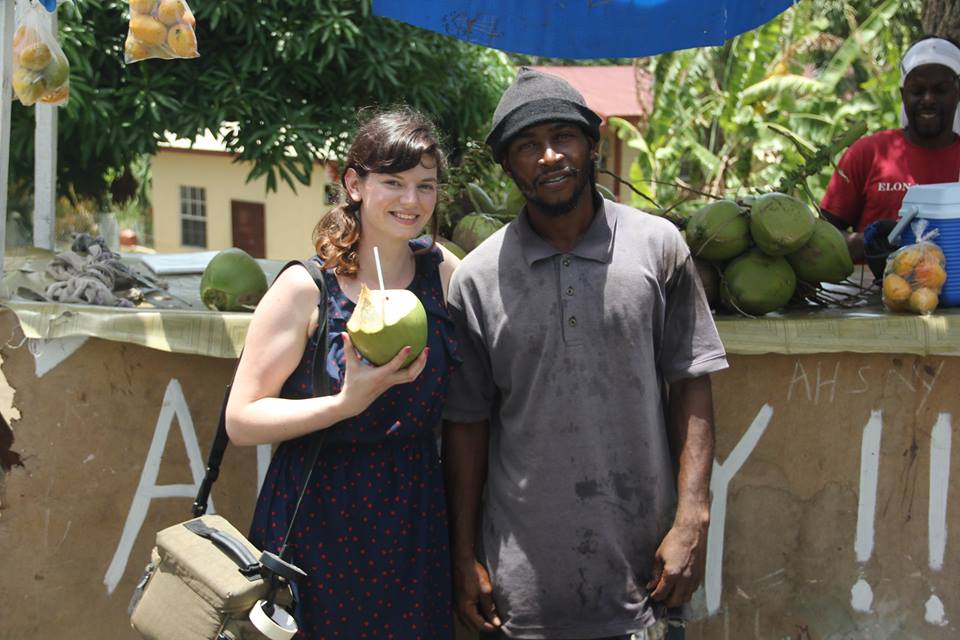 As an islander myself, I’m drawn to the stories of people living on islands and have grown to love Grenada as one of those rare places that feels like a home from home.

I decided to take my documenting of the project to a new level having made several short films for the non-profit previously.  I set about planning a feature film that would celebrate this Caribbean island’s food culture, encapsulating the dairy’s mission and the importance of these small scale agriculture projects for the future of island food systems. All this in a country where nearly 50% of food consumed is imported and a US import bill is costing the region over 4 billion dollars a year.

Over the past 12 months I’ve embarked on making the film, living in Grenada to observationally record the goings-on at the dairy and its farmers around the island. In addition to capturing opinions from climate change experts, local farmers, agricultural historians and the goat dairy’s team on Grenada’s changing food climate.

The film will invite us to think about the global issues of food security and the impact of the industrialised food system on small islands. Taking into account Grenada’s location in one of the most at risk regions in terms of climate change implications.

Capturing this small agriculture story has been inspiring, educational and challenging for me as a film maker.

Living in St Georges, the capital of Grenada, I became ever more aware of the import issue first hand. Inflated prices in supermarkets made the cost of living much higher comparable to the country parishes where there is easier access to more affordable local farmer’s produce. This experience went someway to hammer home the disparities in food culture even on an island 132 square miles in size. 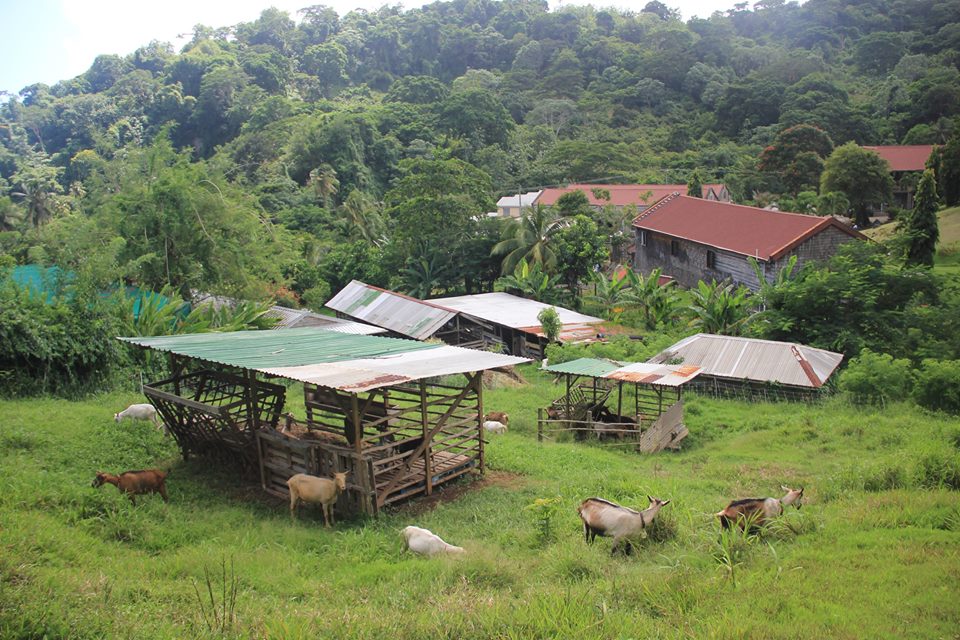 Volunteering with the Goat Dairy made me realise there was a bigger picture that needed to be explored both at home and across the world.

Food security and accountability are some of the biggest issues for the 21st century. The Goat Dairy is making its mark to influence this on a micro level within it’s community. Supporting small scale farmers to deliver the best animal care, enabling them to draw high quality, saleable milk from their goats. Using this milk, and their own, The Goat Dairy has been able to produce a quality added value product from their farm as a marketable commodity on the island. Providing jobs, training and the inspiration to make the most from a small herd and available resources. For example, by using local available wood and pallets to build their goat house structures. They have made this an achievable production initiative for Grenadian farmers to replicate.

The best part of this project has been meeting Grenadian farmers and producers. From catching an impromptu interview with a hot pepper farmer tending their field to videoing a local dancing butcher at his road side stall or watching the Belmont Estate staff churning their own nutmeg ice-cream for an after work party. I’ve been able to learn local recipes, taste unknown local fruits and vegetables and hear people’s stories about farming, growing and living in Grenada. 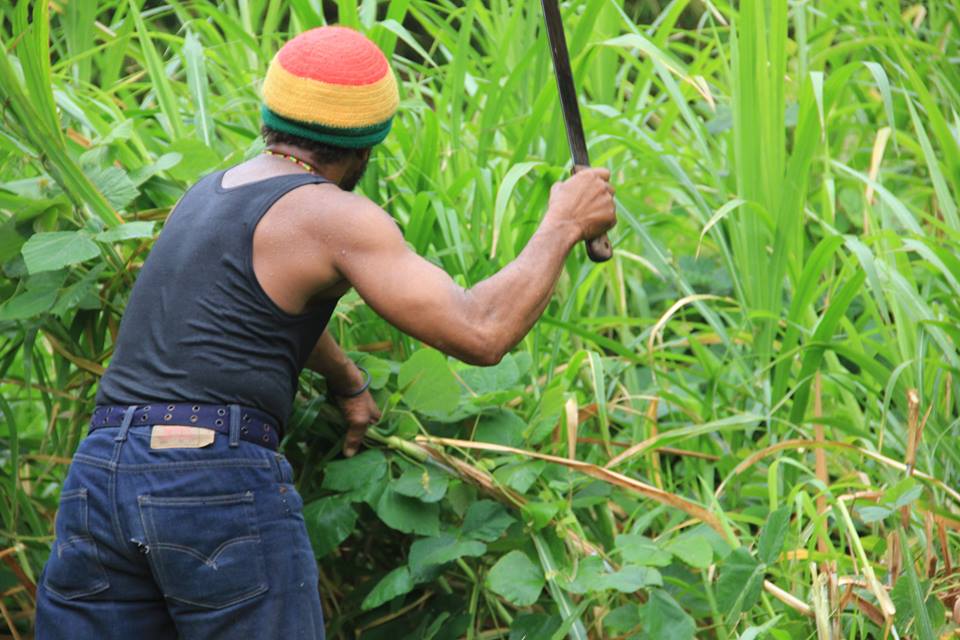 Looking to the future there is plenty to be excited about in terms of Grenada taking hold of it’s food culture once more.  Beyond The Goat Dairy, new initiatives are popping up and awareness is growing.

For example, there is a move to promote locally produced cassava flour- a home grown substitute to imported wheat flour. Quality honey, and beeswax products, are on the rise, with a Grenadian apiary winning a Best Honey in the World gold award this year.  The island’s established cocoa trade and flourishing small scale bean to bar chocolate production is now gaining more momentum locally and globally with the Grenada Chocolate Festival drawing visitors from around the world.

My hope is that this film will highlight the work of The Goat Dairy, as one of the fantastic, innovative local producers and initiatives already established in Grenada. In addition to encouraging agriculture on this scale as an option for communities to achieve food security.

It’s not all sunshine in paradise though, the film will similarly highlight the challenges that make this agricultural method a difficult path to tread, but certainly one that can bring a multitude of benefits for the community.

In my opinion Grenada should have the opportunity to take hold of its people’s health, the local economy and its agricultural production potential by embracing and innovating its resources to make consuming healthy, local and sustainable foods the mainstay.

The film is intended for broadcast on regional TV stations in the Caribbean as well as the international and UK film festival circuit by the end of 2016. And I hope it will inspire and raise awareness about the possibilities for small scale farming in Grenada and the Caribbean region, whilst bringing some stardom to the goats in question.

Find out more about Grenada and the Goats on the film’s blog www.grenadandthegoats.wordpress.com

And read more about The Goat Dairy project at thegoatdairy.org