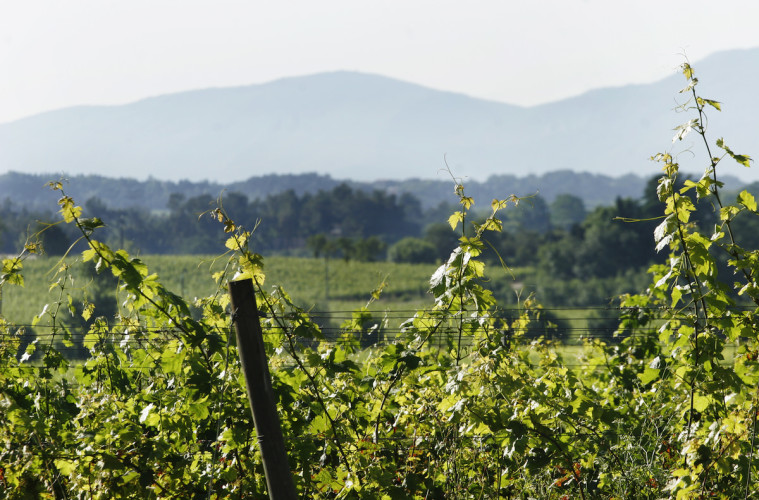 Wenny Tari knows a thing or two about wine. She and her husband, Gabriel, have been making it since 1982 when they inherited a vineyard in France’s picturesque Languedoc region, in the south of the country, from Gabriel’s father.

Their 40 hectare Chateau de Brau vineyard is home to more than 170,000 individual vines, including some of the world’s best known grape varieties – Merlot, Cabernet Sauvignon, Syrah, Viognier, Chardonnay – producing around 150,000 bottles of wine a year, sold both in France and abroad. 20,000 of them find their way to the UK.

Blessed with plentiful sunshine and quality soils, two key ingredients for producing decent grapes, their medium sized operation – in French terms – is something of a success story, particularly as, since 1989, they’ve been certified organic, which strictly regulates the manner in which the wine can be produced, in particular limiting the chemical inputs that can be used. 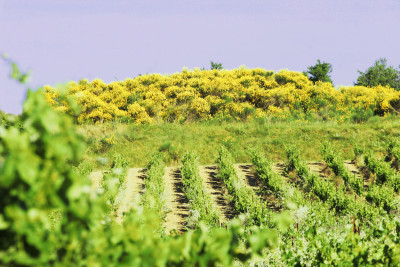 We tried from the beginning [to] could grow vines in a clean and proper way,” says Wenny, who believes there’s two key elements to successfully producing organic wines – the mindset and the technical approach. “The main difference [between organic and conventional production] is the mind, how do you think, what do you think you have to do to make wine on the living soil… soil is very important… you try to create some type of balance.”

On the technical side, she’s very clear: “We do not use synthetic chemicals, only natural ones”. And it’s this that makes Chateau de Brau different to most French wine growing estates – grapes are notoriously prone to disease and pests and in conventional cultivation system pesticides are used in sizeable quantities – mainly via crop spraying – in a bid to combat the problem. A pesticide is far cheaper than pest control services, like termite control los angeles, therefore most farmers choose to use pesticide for their farms, which isn’t necessarily the best for people’s health!

France as a whole is Europe’s most prolific user of pesticides, deploying around 60,000 tonnes each year, of which at least a fifth is estimated to be sprayed on vineyards producing grapes for wine, one of the country’s most valuable – and iconic – sectors.

But the French wine industry’s love affair with pesticides is increasingly coming under scrutiny over concerns about its health and social impacts. Earlier this year, a landmark legal action was launched by lawyers acting for the daughter of a vine grower, James Bernard-Murat, who died from cancer linked to his usage of pesticides over a 40 year period.

Numerous studies have suggested links between pesticide use and a range of health impacts, including cancers, Parkinson’s disease and other chronic conditions: Murat’s illness was officially recognised as being linked to his profession in 2011 – one of around 40 cases where agricultural workers have had medical problems directly attributed to their work.

Valerie Murat launched the legal action – spurring on France’s first ever criminal investigation of its kind into the “involuntary homicide” of a vineyard worker – in order to establish responsibility for her father’s death and “break the law of silence” around the effects of pesticide use.

And the case is just the tip of the iceberg, according to Francois Lafforge – Valerie Murat’s lawyer, a specialist in health and environmental cases. He said that although the Murat case is the only one currently in the criminal courts, his office alone has now begun 45 legal proceedings relating to farmers, agribusiness workers and researchers, with around ten directly concerned with vineyard workers. He estimates that there could be up to 100 similar cases relating to agricultural workers in the pipeline across France.

He said: “This legal action can lead to prison term or fine if the violation is recognised. It is a long procedure. It has to determine the persons responsible: pesticides manufacturers or persons who would have let those products in the market place. “It is an exemplary case, we hope that procedure will come to a successful conclusion and that will be used for reference to farmers exposed to similar products. This was possible thanks to the willpower of the family. This affair has a symbolic dimension. We hope now that prosecutor opens legal information.”

The French authorities and the wine industry will be watching closely, as the Murat case could open the way for claims against pesticide producers, vineyard owners and even the French state. It follows a recent case in which another vineyard worker sued her employer over illnesses linked to pesticide use at the estate in which she worked.

Julien Durand-Réville, from the Union des Industries pour la Protection des Plantes, an agricultural trade body, said that “There is a real concern [over the professional illnesses] but there is no clear causal link with pesticides. Professional illnesses have a lot of origins/factors. It is due essentially […..], combined with other factors, medical history, sun, tobacco, alcohol, diet, exposure to fumes from gas and oil….”

At the European and National level, we have the most strict control in comparison with legislations in US or Asia. We have a robust framework that evolves/progresses along the years. Products are valid during 10 years and then they are controlled again. We are working with farmers to improve good practices and try to reduce exposure to these products. Our philosophy is to adopt good practices.”

In response to concerns around the impacts of pesticide spraying in France’s rural vine growing regions, moves to enable local authorities to restrict the timing and nature of spray operations were last year backed by the French Parliament’s upper house. The debate intensified after an incident in May 2014 where school children became ill – with several hospitalised – in Bordeaux after being affected by fungicides sprayed by a nearby vineyard.

In 2008 the French government pledged to half the country’s pesticide use by 2018.

Across the channel, recent years have seen the once-tiny UK wine industry boom in both production and popularity. This rapid expansion now sees 470 vineyards across England and Wales produce around 3.15 million bottles of wine a year, according to trade bodies, something that is expected to increase in coming years. But have environmental impacts – including issues around vineyard pesticides – been factored into the sector’s growth strategy?

Jo Cowderoy, from the UK Vineyard Association, says she believes they have, pointing to the recent development of sustainability guidelines – covering a range of issues including crop and soil management, dealing with pests, spraying and energy efficiency – designed to form the basis of a dedicated UK wine sustainability certification scheme:

“Environmental issues are very much a hot topic at the moment, and the growers are very interested in trying to develop a [certification] scheme, but we’re a small industry, quite a young industry, even though we are booming and it just takes a bit of time to get something that works well,” she says.

In addition, a group of UK growers have recently got together to set up a sustainability working group. “People are very aware, they know that in the future [this issue] going to be very important and they are preparing,” she says.

Chris Foss, Chair of the South East Vineyards Association and head of Wine at Plumpton College, says that whilst the UK wine industry “still needs to do a lot of work” around pesticide use overall, he believes the UK’s stringent regulations around crop spraying and pesticide application itself will prevent problems arising over the potential impact on vineyard workers health.

Back in the Languedoc, Wenny Tari says lessons must be learnt from the more industrial wine production methods now being scrutinised in France: “We should learn and try to do less intensive production, because globally it is real concern… all these pesticides are killing, literally, the soil… and with a dead soil you cannot produce.”