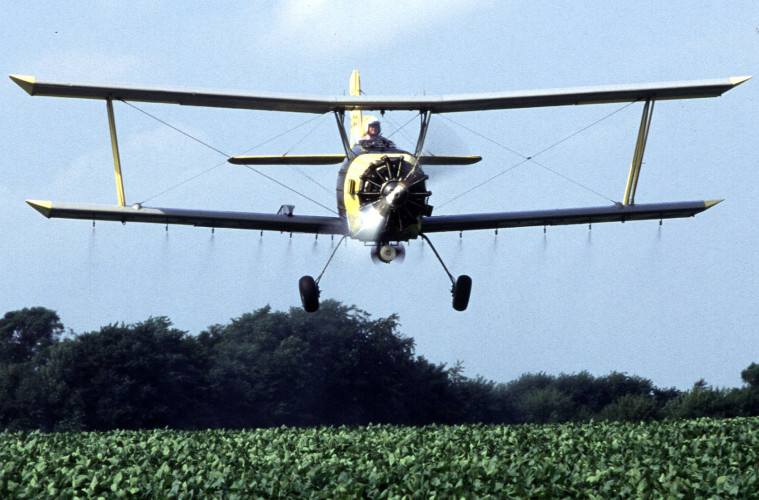 Silent Spring[1] is one of those books that many people may have heard of, even if they have not read it. Until about one month ago, this was true of me. It is an immensely powerful book, one that forms part of your personal experience in a way only a few books do.

Its author, Rachel Carson, was born in 1907. She loved nature as a child and chose to major in science and marine biology at university. There were financial pressures, but she graduated with high marks and taught biology to undergraduates while she obtained a masters in Zoology. In 1932 she began to study at the United States Bureau of Fisheries, and also wrote material to publicise their work. 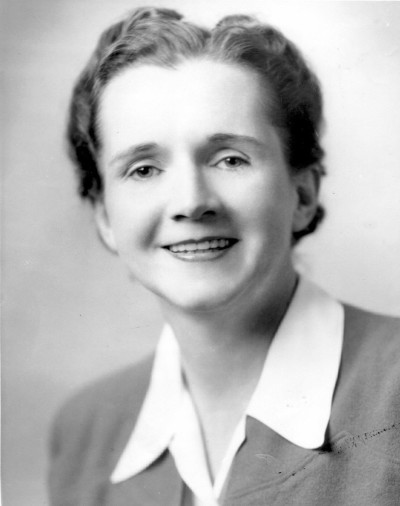 At home, she suffered challenges which led her to take full-time employment (analysing marine data with the Fisheries Bureau) so that she could support her widowed mother and her sister’s two orphaned daughters. She also wrote free-lance wildlife articles. In 1948 she gave up nearly all of her government work to concentrate on writing and independent research, proceeding to begin a three part ‘biography of the sea’ the first part of which was published by Oxford University Press[2]. Around the mid 1950s her main focus moved from the sea to conservation issues, especially the increasing use of manufactured pesticides. At home her responsibilities increased: in 1957 when her niece died prematurely, she adopted her five-year-old son, supporting him alongside her 88-year-old mother.

Rachel Carson was a rigorous scientist, and Silent Spring, though readable for the layperson, is packed full with verifiable research and data. In one chapter alone, she credits 42 sources for her information. This is significant, because she was well aware that her main conclusions were about as welcome to the chemical industry as a climate change campaigner at a Hummer show. Before publication she took the precaution of consulting other experienced scientists and medical researchers, fearing potential legal challenge unless she had her facts completely straight. This scientific rigour as well as widespread favourable public opinion[3] meant that attempts by representatives of the American chemical industry to gag and discredit her soon fizzled out.

Indeed, the book was almost immediately hugely influential. Despite having to cope with treatment for breast cancer and failing health, Carson did get to testify to President Kennedy’s Scientific Advisory Committee in 1963, and see some of her advice implemented through bans and restrictions on pesticide use (especially DDT).

What then, does Silent Spring tell us? Carson chose to introduce her book with an imagined scenario: the American countryside in a spring devoid of birds and other wildlife-hence silent. In the remaining sixteen chapters she explains how this possibility, in her view, was a distinct probability, unless action was taken to reduce the use of recent manufactured chemical pesticides and herbicides. To begin with, she explains the invention of the two main groups of industrial chemicals, chlorinated hydrocarbons (eg DDT) and those based on organic phosphorus (eg parathion). She argues that these products, largely invented for military purposes, got deployed after the end of the Second World War in a different war: against insect pests.

Carson provides us with details of this chemical war waged in the environment around her. Pests such as the fire ant and the spruce budworm were targeted (seemingly even when their threat was minor) and she catalogues the unintended consequences-polluted ground water; contaminated soil; death and disease in migrating salmon, water fowl, and songbirds (robins, in particular); and hedgerows decimated by herbicides.

Over increasingly large areas of the United States, spring now comes unheralded by the  return of  the birds and the early mornings are strangely silent where once they were filled with the beauty of bird song. The sudden silencing of the song of birds, this obliteration of the colour and beauty and interest they lend to our world have come about swiftly, insidiously and unnoticed by those whose communities are as yet unaffected. (95)

She includes too, an analysis of the toll taken on human health. She details cases of accidental exposure of workers to DDT as well as the known and/or suspected harm (including cancer) as a result of handling or eating plants or animals affected by chemical use. Primarily she questions the wisdom of introducing factory-made chemicals so fast and in such large quantities to the natural environment without testing their long-term effects. Specifically, she describes how the concentration of harmful chemical residues intensifies with each stage in the food chain. She also explains what biological resistance means and how an intended target pest could become resistant ( in the previous example of fire ants, a pesticide called haptachlor ended up virtually eradicating its predator, the corn borer):

Along the way Carson gives us insight into her philosophy of living things, and especially the idea of balance in nature:

…a complex, precise and highly integrated system of relationships between living things which cannot safely be ignored any more than the law of gravity can be defied with impunity by a man perched on the edge of a cliff (226).

But above all she sets out to win both our minds and our hearts. I believe that she respected and felt committed, deep down, to the balance of nature, a commitment that developed out of her love of nature and her experience as a biologist. Continually she reminds us that to ignore nature and act as if humanity’s special role is to conquer it, can lead to very nasty surprises. So her ecological commitment was both moral and pragmatic; we should accept and honour the fact that we are part of the web of life, whilst to disregard that truth is irrational, as it may cause us serious harm.

Carson argues then that science and ethics go together. Those of us involved in sustainable farming or who adopt an ethical approach to the food, beauty care and other products they buy, or who work in animal welfare, human health, biodiversity and much more, all owe her a debt. No wonder Silent Spring had such a huge impact.

We can celebrate that Carson’s work led to the near-universal banning of DDT[4] and restraint in the use of other industrial chemicals. She reminded those of us that are farmers that there are benefits from abandoning the unnatural ‘monoculture’ model of agriculture for an approach that encompasses biodiversity. But two other questions she raised still hang uncomfortably over our ways of doing things.

First is the question of independent scientific research. In her own time Carson lamented the disparity between the huge budgets lavished on chemical -cide research and the modest sums allocated to biologists. She reminds us that most scientific research is dictated by commercial interests. And, in large part, bodies fund research that they consider will lead to financial gain; other potential research areas that could have led to huge benefit to human life, or the environment, go overlooked. Now, just as then, it is crucial to ask: is there a commercial objective that could be compromising research we read or hear about? Could there be a deliberate attempt to drown out any conflicting results?

Second is the question of public health. Her account of investigations to establish how human beings are affected by “chemical and physical agents that are not part of the biological experience of man” (171) gives the layperson an idea of what a complex area cause and effect is, in relation to health. And I’m not convinced that even our experts understand the full impact, at a genetic and cell level, of chemical pollution in our water, our air and maybe our food, through industrial and agri-business practices, food additives, medication…

But I’d like to end on a positive note. Carson’s efforts led to bans on chemical products known to injure human health and she put the issue of environmental pollution on the political agenda in democratic societies.[5] Her arguments in favour of biological control as a viable alternative to chemical spraying have led to widespread, safe and effective use of biological predators. (I really wish she was still around to tell us what she thought of GM.) Her guiding principles – a belief in ecology and ethical independent science- are her abiding legacy, and remain our best guides still in ongoing debates about the environment.

Rachel Carson portrait from her official US Fish and Wildlife Service employee photo taken in 1940.

[2] The Sea Around Us Oxford University Press 1951

[3] The book was serialised before being published in September 1962, principally in the popular New Yorker paper; it was chosen as book of the month just after publication, CBS Radio dramatised it, and reviewers praised it.

[4] DDT was banned in agricultural use in the US in 1972. Other countries followed suit (not until 1984 in the UK however!) It is still used against malaria, and there are vociferous supporters of its use for this purpose. However, research shows that mosquitoes build up resistance to DDT very quickly, and that community led approaches involving more than just DDT are most effective. In 2014 a UK study found higher levels of DDT residues in those suffering with Alzheimers.

[5] It is interesting also to note how many key issues she identified back when she wrote the book over fifty years ago. She raised the question of health and safety for consumers of garden chemicals (sold alongside foods in the supermarket), and the related question of misleading marketing (she felt that what were essentially poisons had a cosy, domesticated image in adverts and packaging). She set a benchmark for good research. She showed how politicians may invent crusades -at the end of the second world war the war on insects gave a plausible reason for putting decommissioned military planes back into service. She also touched on the issue of grass roots democracy when she described an environmental campaign by inhabitants of Maine.