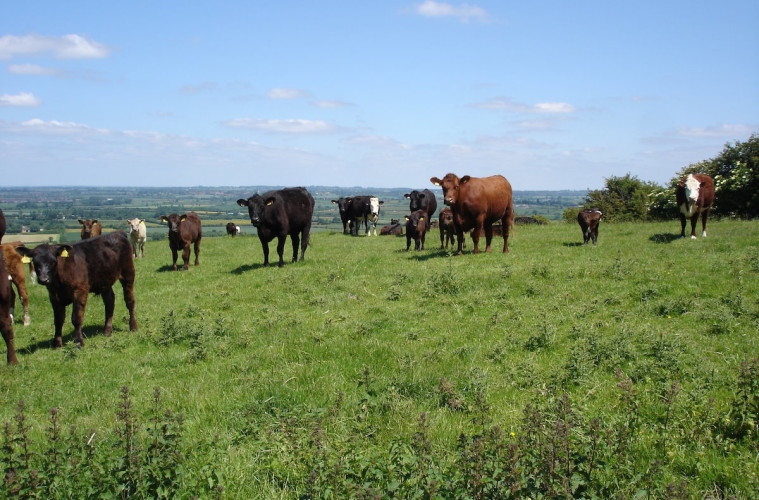 Butcher Ricky Jeffrey, who owns and runs the Egg House Butchery in Haddenham in Buckinghamshire, knows when he has good piece of beef in front of him. It will be a deep, pleasing dark red, have bright, healthy bones and his knife will glide through the carcass with ease. It even smells like roast beef, before you cook it, he says. 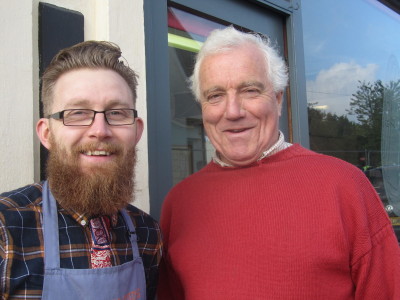 Ricky (left) and farmer Tom (on the right)

And beef that always arrives like this at his shop comes from local cattle farmer Tom Morrison from Hogshaw Hill Farm, near Buckingham.

His Pasture for Life Aberdeen Angus cattle only ever eat grass their entire lives, and drink natural spring water that pops up across the hilltop fields they live in all year round. Pure and simple. No cereals or additional winter supplements, apart from some home-grown hay are fed – which in this country is very unusual.

“Our beef production is as natural as it could be,” says Tom. “The herd of between 30 and 40 cows each have one calf a year, mainly in the spring. The male beef calves stay with their mums and are allowed to mature naturally to an age of up to 30 months. As the bull runs with the herd all of the time, we move the young heifers out after six months to avoid any unwanted pregnancies!

“The cows are of medium size so they can stay outside all winter, as they don’t make the land too muddy. They are fantastic mothers, producing a lot of milk for their calves – in essence, converting poorish quality forage into tasty meat.

“In everything we do, and that is a fraction of what conventional beef farmers do who house their cattle and feed them grain, we are totally committed to producing the highest quality, 100% grass-fed beef.” 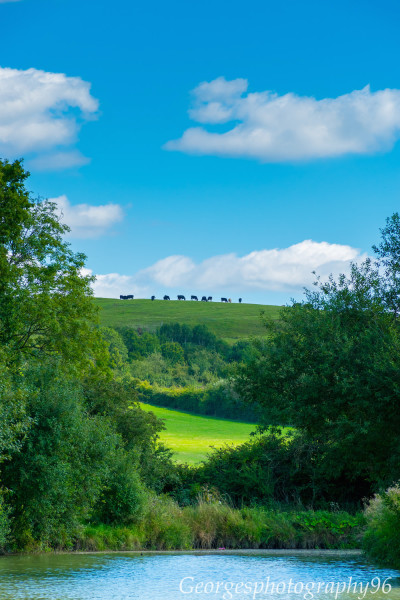 Hogshaw cows on the top of the hill

But how did Ricky come to be selling Tom and Fiona’s prime beef?

Well, Tom – a self-confessed ‘terminal career’ farmer in his late 60s, had initially tried selling his beef via a box scheme from the farm. This had gone well for a couple of years and was profitable. Costs of Pasture for Life management are very low, which means farmers can afford to keep their animals for longer, as they are not desperately seeking artificially high growth rates. So the animals are finished later and grow at their natural pace.

However, retailing was a lot of hard work for Tom and Fiona. If you are the sort of person who likes adrenalin rushes and living on the edge, then at least try it, suggests Tom.

“I had also approached several butchers and delivered brilliant lectures on the benefits of pasture-fed beef, until their eyes glazed over and there were long queues of shoppers building up behind me! All to no effect,” says Tom.

“Then, last January I attended the Oxford Real Farming Conference, where I was urged on by the guys at the Pasture-Fed Livestock Association to listen to Alison Teare, a beef farmer and marketer from the Isle of Mann.

“She said that if you have a product you truly believe is special, and if you know a good butcher who should be selling it but isn’t, go to his shop and give him a forequarter – free of charge. Because if he can sell the forequarter, the rest won’t be a problem.”

So that is he what he did at the Egg House Butchery. A few days after the forequarter was delivered, Ricky rang Tom up and ordered a whole carcass.

“We broke the forequarter down and promoted it in the shop and on our website,” says Ricky. “It proved to be very good beef indeed – good for taste and good for the purse. Our customers loved it. Once they have eaten Pasture for Life meat they don’t want to go back to any old meat. They expect better.

“We don’t deal with meat wholesalers, we like working with farmers and Tom is very proactive. He found us through our website,” says Ricky. “He is so passionate, enthusiastic and knowledgeable about producing top class beef cattle, which means my customers can buy the very best meat.” 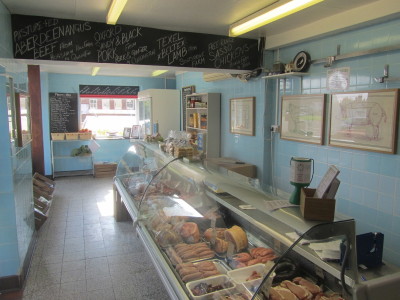 Tom takes his animals to be slaughtered at Long Compton abattoir in South Warwickshire, and now delivers a carcass to Ricky once a fortnight as demand has increased significantly.

It is hung at the shop for three to four weeks as a carcass, then broken down and left for another week – so some parts have five weeks maturing.

“We only need to sell good meat once,” says Ricky. “People know that I only sell great products but at sensible prices – although I don’t really sell on price, rather quality and provenance.

“With nearly 5,000 people, fashionable Haddenham is the largest village in England, with half the people commuting to London every day,” explains Ricky. “This means we have a lot of mums and dads living here who are keen to give their children the best food possible, and we are more than happy to cater for them.”

The increased demand for the meat has caused a slight problem for Tom, as he now doesn’t have enough animals to supply two a month until spring next year.

“It is fantastic that Ricky wants more carcasses and I am keen to give him and his customers consistent supply. So I have joined forces with Catherine Vint, an Aberdeen Angus cattle producer who farms near Banbury,” says Tom. 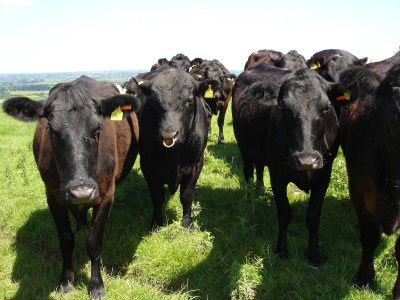 Tom’s herd – close up with the bull

“She is also a certified member of the Pasture-Fed Livestock Association, so the meat has been produced only off grass, just like ours. They use the same abattoir – so when I go there, I pick up their carcass as well as mine and bring it back to Haddenham.”

So now the shop is getting ready for Christmas and there is a seamless supply of Aberdeen Angus grass-fed beef arriving every two weeks.

“We are very happy to be selling Tom’s meat because we recognise its value,” says Ricky. “He used to sell it to a top-end supermarket, which had no appreciation for how special it is. He was losing out because it changed from being something very good to being just beef. I can sell ‘Pasture for Life’ beef with confidence and know my customers are going to go home and really enjoy it.”

To find a local retailer of 100% grass-fed beef in your area, take a look at pastureforlife.org.uk, and become a member while you are there!