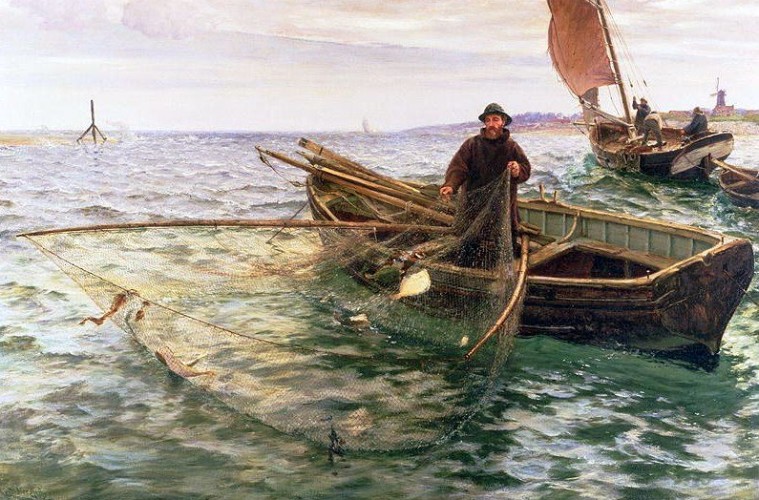 Unless unfair and inflexible fishing quotas are revised, small-scale, inshore fishermen will become a thing of the past, says Callum Roberts

Inshore fishing from small boats is not by mere definition sustainable and offshore fishing by industrial-scale boats unsustainable. Sustainability is only attained when fishing does not deplete stocks or inflict excessive collateral damage on other species or habitats. By this metric small-scale inshore fishing has caused considerable impact over a span of centuries.

Written accounts, old photographs and illustrations from the first half of the 19th century show that fish were much more abundant and larger nearshore than they are today. In one scene, for example, hake and ling caught from tiny boats are spread over the beach at St. Ives in the 1880s, many of them well in excess of a metre long.

Oysters were once abundant in bays and estuaries, but are now virtually extinct. The differences are apparent more recently too. Archive film of small-scale fishing in the 1930s and 40s show much larger catches taken compared to today.

This does not mean that today’s fisheries are necessarily unsustainable. The animals we catch now are on the whole more resilient than the huge skates, halibut and conger eel we once fished. They are typically small and fast growing, like dabs, plaice, gurnard, crabs and lobster.

What is certainly true is that by virtue of its smaller scale, the nearshore fleet comes closer to getting the sustainability balance right than the offshore one. Small-scale fishermen tend to use less destructive methods, like hook and line, set nets and traps, rather than heavy trawls and dredges of enormous size. They have other advantages too, promoting localism, reducing food miles and providing greater freshness for consumers.

Modern fisheries management has not been kind to this way of life. In the past, small-scale fishing like farming was highly seasonal. Fish came and went in annual cycles, and fishermen took them while they could. The environment fluctuates, so some stocks boomed while others struggled.

Fishermen prospered by adapting their methods according to fish availability, making a living through the ups and downs. But by applying rigid quotas, managers have robbed them of much of this flexibility. Of course it is important to avoid overfishing, but with such an unyielding system there won’t be any fishing at all before long as it will be impossible to earn a living wage. Legislation and quotas need to reflect the very different pressures this fleet faces compared to long-distance industrial fishing.