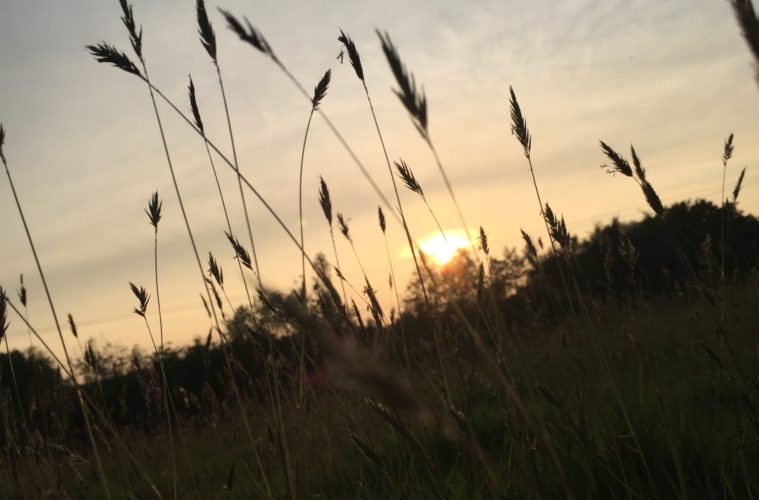 The Country Chronicles – May

Can you believe that we are reaching the halfway point in the year already?? Seems an impossible concept really.

A few things happened in the lovely month of May, the sheep have all had their heavy woollen coats taken off, the lambs are growing before my eyes and Bess has started her training!

After having all the sheep shorn, they were all a lot happier in this very intense heat we’ve had through the month. 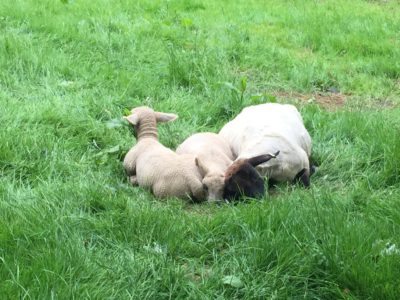 Sleeping on the job

I don’t know whether anyone remembers the ewe who I said was empty, but it turns out she wasn’t!  She had a lovely, big, spritely ewe lamb a week after being shorn and about three weeks later than the others. 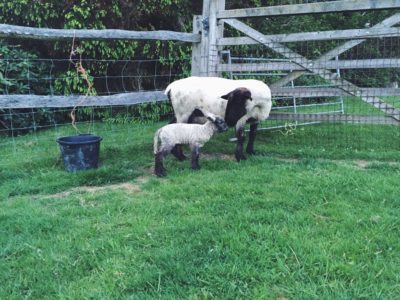 Poppins and her miraculous daughter

I had all the ewes shorn a little earlier than I should, it tends to affect the quality and quantity of milk the ewe produces, but as it has been so hot, I was really conscious of flystrike (maggots). They had been sprayed, but I have found that if the weather if right and the flies are determined, it can still cause problems. 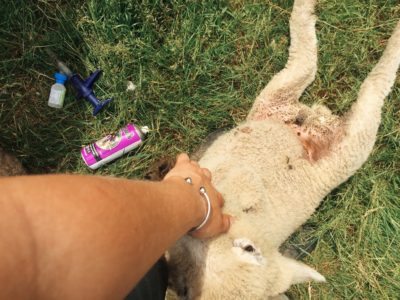 All of the lambs had their second dose of vaccine and were wormed. Most of the eldest ones are bordering on being the same height as their dams! The heaviest is 21.3kgs at 8 weeks old! 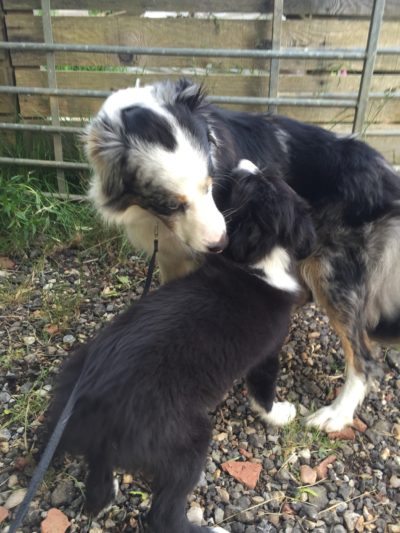 Bess was not impressed with Jen 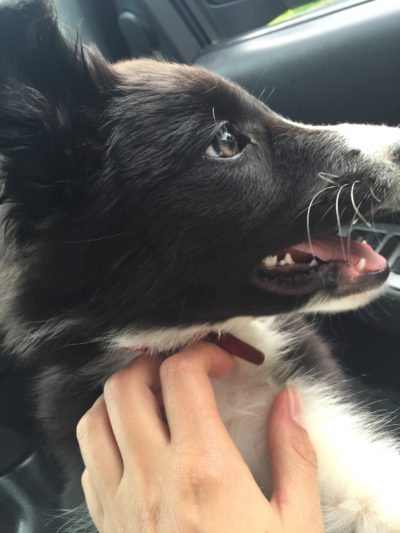 We were also fortunate to meet my shearers new collie pup, Jen! Bess was in no way amused at this tiny little bundle cannoning into her and biting her ears, in fact, her eyes looked like they were going to pop out of her head she was that unimpressed.

This little pup is truly amazing, she rounded up the sheep, stopping and laying down periodically and basically behaving like she was fully trained, she is definitely going to do Neil proud. 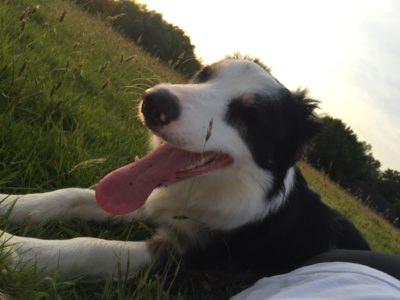 Speaking of Bess dog, she has finally started her training. She has taken to it like a duck to water, I believe waiting until she is this age was definitely the right thing to do with her as she was always a bucket of energy. Wait, what am I saying? She’s STILL a bucket of energy, maybe even two buckets, but she is now showing that she is able to channel it into the job in hand and not just run about like she has sat on a bee. 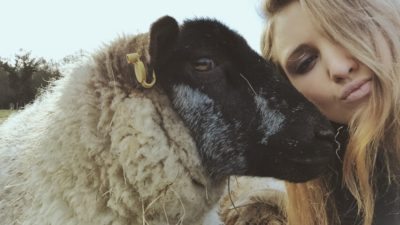 During May I had my interview for the Readers Digest, along with the oh-so awkward photoshoot. I cannot describe to you how uncomfortable I get when it comes to having my photo taken. I become much like Chandler from Friends. Natural until I have to look at the camera, then my mouth seems to completely detach itself from my face and brain. You become so self-aware, you start to think “Oh my gosh, what do I usually do with my hands? How do I stand? What is my face doing??” The photographer was very reassuring that what I was doing was great, but everyone says that right? He was hardly going to tell me I look awful! Aside from that I had dark circles under my eyes AND I had bitten my lip the day before, all fantastic elements for a world renown magazine shoot!

For those interested, it will be in the August issue, and I would like to apologise now for the crazy looking girl in the photos. Bess was a perfect model though!

Pasture management jobs will take over priority now the lambs are older, this will include topping and rolling plus some overseeding.

Also the pigs will all be going off to the abattoir along with some of the older wethers I have kept back. The pig’s enclosures will all be pulled out, reseeded and left to rest.

The ewes I lambed this year will be being sold on as starter flocks for smallholders as they would not suit commercial flocks, they are all very tame and well behaved and would be better for a smallholder just starting out and learning as they go.

Even though the weather is very much anyone’s guess at the moment, you should be able to sow all your seeds outside now. Bearing in mind that once the seedlings begin to grow they may need to be protected from the elements such as heavy rain, unless of course, you use a polytunnel type set up.

Mushrooms and radishes which are still left indoors, can be planted out. These two staples are easy enough to grow all year round if kept in the right conditions to being them in.