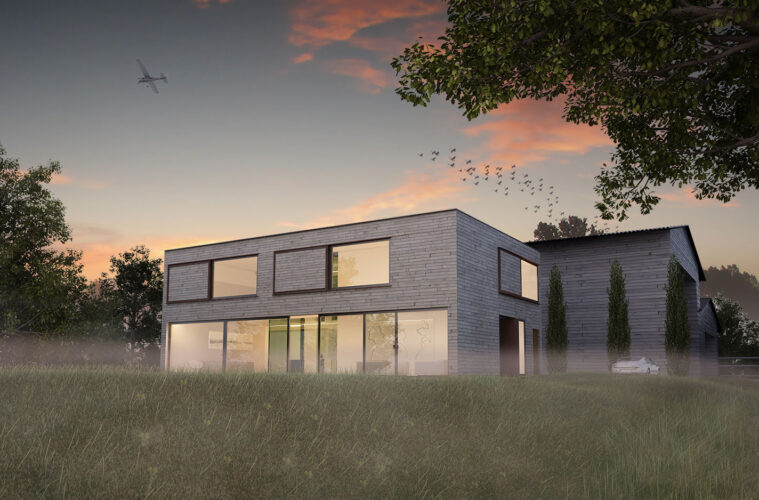 How to Build a Modern Farmhouse

It’s surprising therefore to learn that self build projects account for such a small percentage of new housing in the UK.  Around 7-10 percent each year (around 12,000 homes).

With the drive for more housing in the countryside, the last few years has seen a rise in farmers and landowners taking advantage of a simplified planning system to convert redundant agricultural buildings to residential. Where previously only older traditional barns and cowsheds would be considered suitable for conversion, now more modern steel and concrete framed barns are being converted. 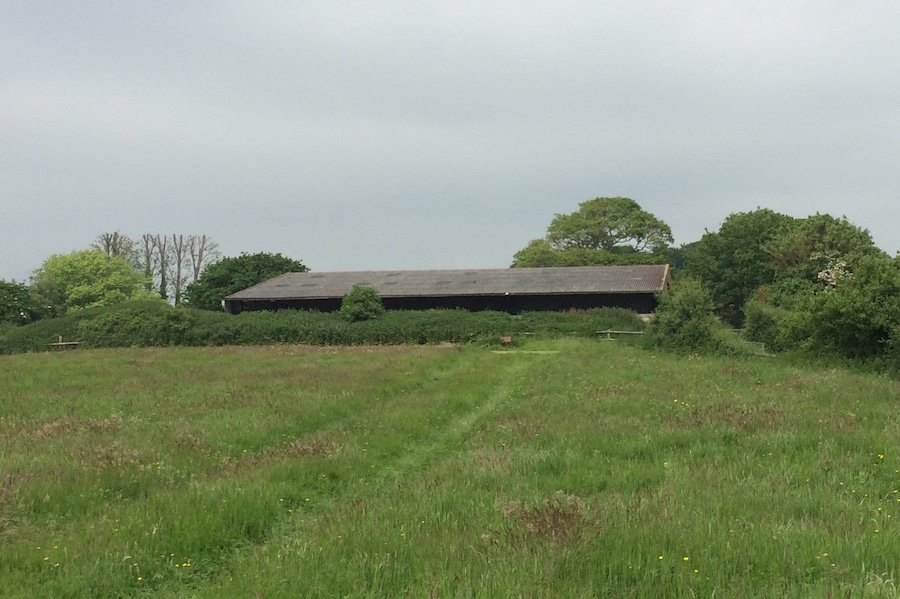 It was this easing of planning rules that provided me with the opportunity to get planning permission to build my own modern farmhouse. In the autumn of 2017 I got approval to knock down a steel frame cowshed on part of my family’s farm and re-build a new house on the footprint.

With the house nearly complete (we’re still decorating the interior and have yet to finish landscaping the garden) I want to share more about our house building journey on Indie Farmer. It’s only now looking back that you realise how consuming the build process is, especially as total beginners. So for all those considering building a modern farmhouse I hope this series will be helpful. For anyone on instagram – you can also follow our house building and farm adventures on @modernbarnfarm. 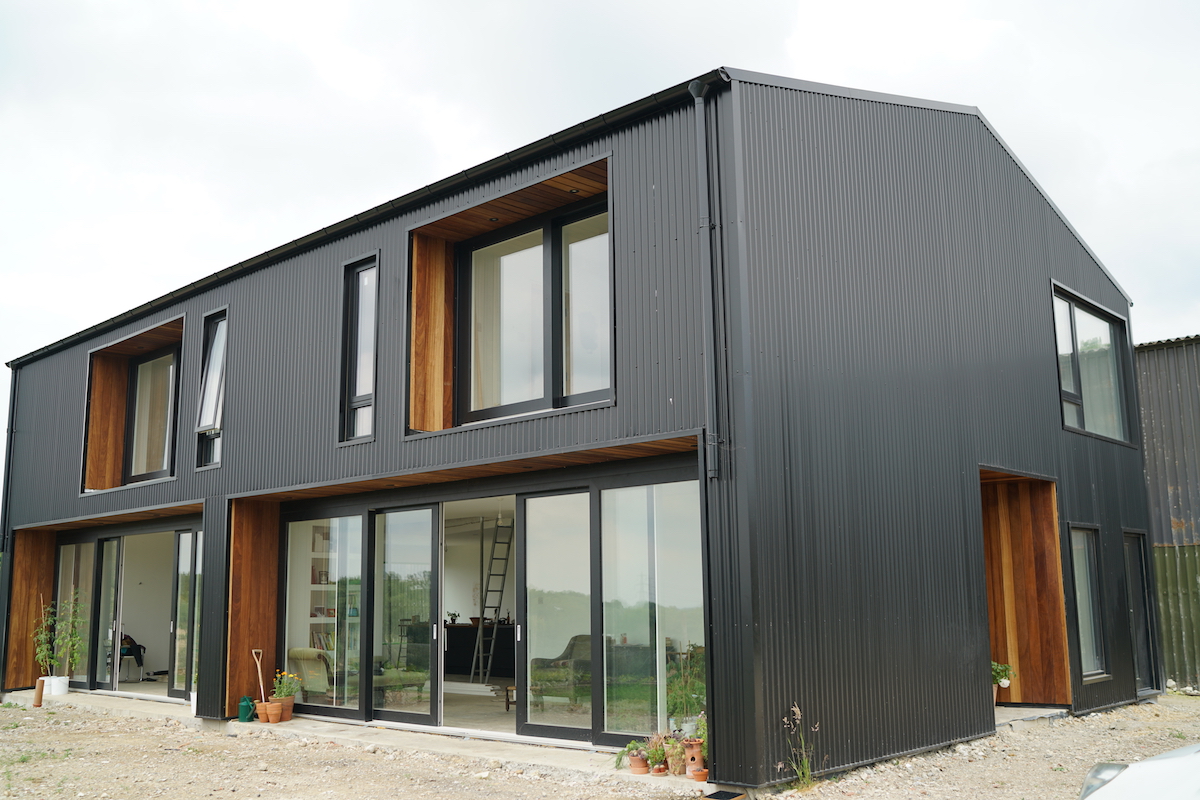 Having never designed or built a house before I spoke to a few local friends and gathered in some ballpark prices for architects. I spoke to locally based architects and a few in London too. Costs vary a lot from a few thousand pounds for a set of drawings to 10% of the overall build cost.

Thankfully an architect friend agreed to do a simple modern design based on my modest budget. I put together a short brief of what I wanted in a house; energy efficient, two storeys, big windows, four bedrooms etc – along with links to houses I liked from design magazines like Dezeen, Dwell etc

Building a two storey house meant we were able to reduce the footprint of the replacement dwelling by over half and still have a good sized house. Plus maximise the views across the farm and towards Eastbourne and the South Downs in the distance. 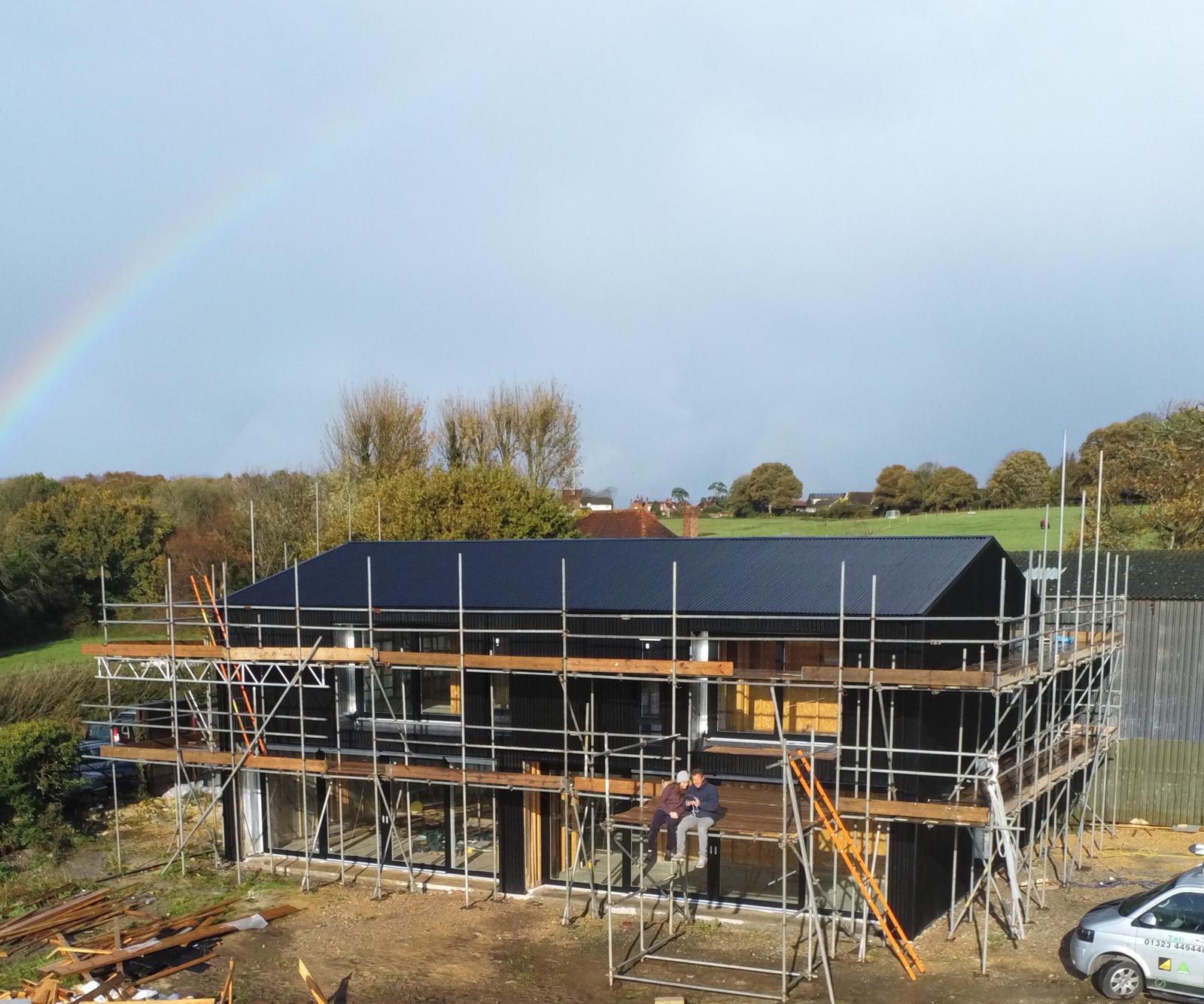 Hannah and I celebrating the completion of the shell

Working with your local planners to gain approval

Initially we went with a flat roof design as per the featured CAD image. However our planning case officer felt this looked out of place against the backdrop of other pitched roofed agricultural buildings. We revised the design to mirror the barn behind and also recessed the windows on the main south east elevation, which ultimately helped us win approval.

Figuring out how much it will cost to build?

There are lots of different ways to go about calculating the cost of the build but one of the simplest ways is to pick up a self-build magazine like homebuilding and renovating. They publish updated build cost guides which give you a useful ballpark figure. This is based on where you are in the country, the type of build route you choose and the level of specification. With a fairly modest budget and a relatively large footprint, our options were limited.

The cheapest way to build your house is by building it yourself – however if you’re not a builder or great at DIY then you’ll probably end up hiring people like we did. You can do this by either hiring a building company (called a main contractor in the trade) who will oversee and carry out all the elements of the build on your behalf. This route is one of the most expensive and involves a contract with an agreed specification and a completion date.

The cost per meter squared of floorspace  starts from around £2,000 and quickly rises as you increase the specification of the house. With a budget of closer to £1,000 per meter squared my only option was to project the house build myself, hire sub contractors and carry out as much of the work as I could.

In my next post I will discuss how we chose the  specification of our house for the three biggest ticket items. The foundation system, timber frame and windows . You can read this post here.