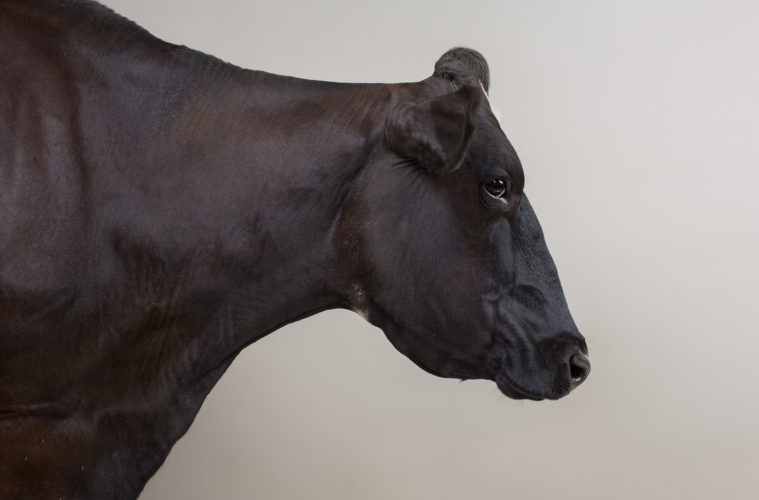 We recently caught up with London based Animal Portrait Photographer Gerrard Gethings to talk about the methods behind his incredible animal portraits, including some useful tips and tricks we can’t wait to employ ourselves…

Indie Farmer : Can you give us a bit of background on how you got into photography and what inspired you start photographing animals?

Gerrard Gethings: I’m a photographer from the North of England, working in London with my assistant Baxter, a nine year old Border terrier. I studied Fine Art at Sheffield University and moved to London to become a painter in 1997. I stumbled upon a small studio in Mayfair (which was still something you could do in 1997) and set up shop in the room next door to Terry O’Neill. I started working for him shortly afterwards. I assisted him for ten years and in that time I suppose I picked up a few tips, though It wasn’t until I started photographing animals that the penny really dropped.

I’ve always loved animals. If I see one I have to touch it. When I was a kid I would try and catch every creature I encountered. I was forever coming home with young birds and hedgehogs. I had snakes in my bedroom and a plastic hamster crate full of crayfish in the yard.  There was a toad in the slate pile, a quality Street jar filled with stick insects next to my bed, and I secretly raised a magpie in my friends shed. I could tickle trout and name every British bird by the time I was at primary school. It was probably a no brainer that I would eventually work with animals, but it took years to work out how to do it.

IF : How did your latest exhibition Ordinary Creatures come about and who are you trying to reach?

GG: It was simply a reaction to my own pointless search for increasingly exotic creatures to photograph. I’d been looking at shooting a Zebra and a Wolf because I knew they would be popular subjects in terms of prints (I sell prints). Somewhere along the line it dawned on me that I haven’t even photographed all the amazing animals that are on my own doorstep. I’ve been for a ride on an elephant but never even touched a cow. It just sort of became important. It was an opportunity to give them center stage.

It’s always bewildered me just how undervalued our farm animals are. A chicken costs about the same as a bag of potatoes in my local shop. Milk is the same price as water? I just don’t get it. My exhibition wasn’t a crusade, I’m not a vegetarian, but I do think that as a society we have lost sight of the real value of our farm animals.  They shouldn’t be seen simply as ingredients. I hope that my exhibition, if nothing else, made a couple of people think twice the next time they buy a sausage. 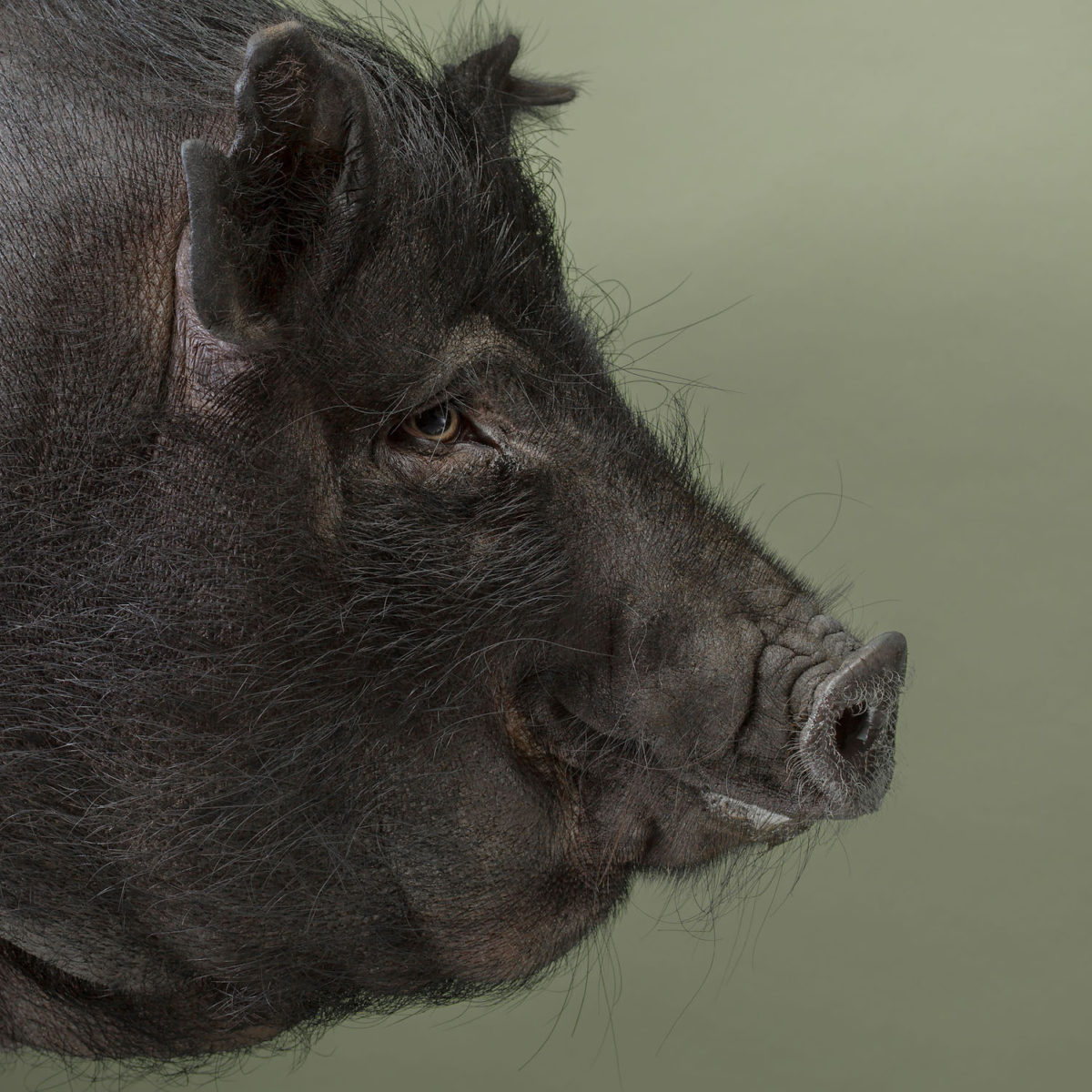 IF: We’re intrigued to learn more about the work that goes on behind the scenes to achieve the incredible results – how to get your larger animals to stand still and not crush all your expensive lighting and photography kit? How big is your team – do you have a animal whisperer, make up artist, lighting assistant and stylist etc?

GG: The lighting equipment that I use is quite specialist. It needs to be powerful and have a very short flash duration. It is quite cumbersome and heavy, so I do have a lighting assistant. As for the rest of the squad it is generally just me and the owner/farmer/handler and lighting guy. If there is a whisperer, it’s me. Sometimes on editorial jobs there do tend to be a lot of unnecessary people on set, because everyone uses it as an excuse to get out of the office.  My preference is the less people the better. It’s very distracting for the animals to have people wandering around, chatting on phones etc. For large farm animals we may need to get a few extra hands in order to herd the subject into the studio area. I typically set up the lighting and backdrop in a barn or outbuilding. Somewhere there’s a fence we can use to build a pen. Dairy farms are good because they have those metal fences that can be moved around and rearranged quite easily. I build a pen that’s about twice the length of the animal and then boom the lighting over the top. You can’t have a cow in the same area as the lights just in case they get spooked and knock it all over.

Once the animal is lit, we need to work out what it is most interested in, in order to get the head in the right position. 90% of the time this is food but in some cases we may bring in another animal to get some eye contact. The process is really organic and whatever works is employed. Very young animals will always want to be near their parent so we may bring in a mother goat for example in order to get a kid’s attention. Or if it’s a piglet we could bring two together so that the subject doesn’t feel  isolated, and of course they will look at each other so we can hold one just out of shot and get the subjects attention. 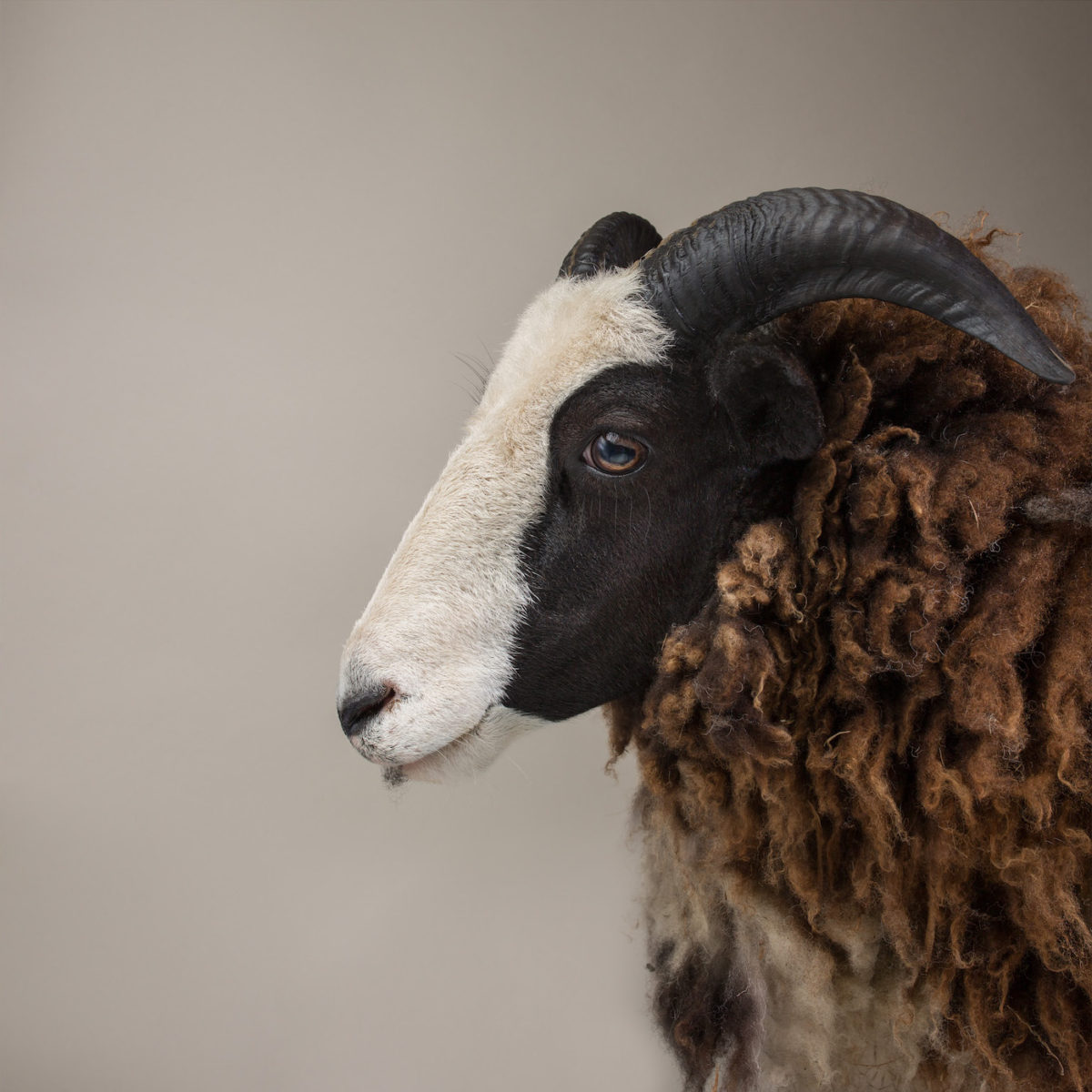 IF: Do you have a favourite animal you like photographing most?

GG: Ah not especially. I find all of them pretty interesting to work with, though I have to admit that I don’t get quite as excited about shooting dogs any more. I have photographed thousands of them over the years. My current obsession is bumblebees. I bought a hive and set up lights and a backdrop by the entrance. It is very satisfying trying to photograph them as they fly in and out. It’s also quite tricky which adds to the uncertainty and excitement. 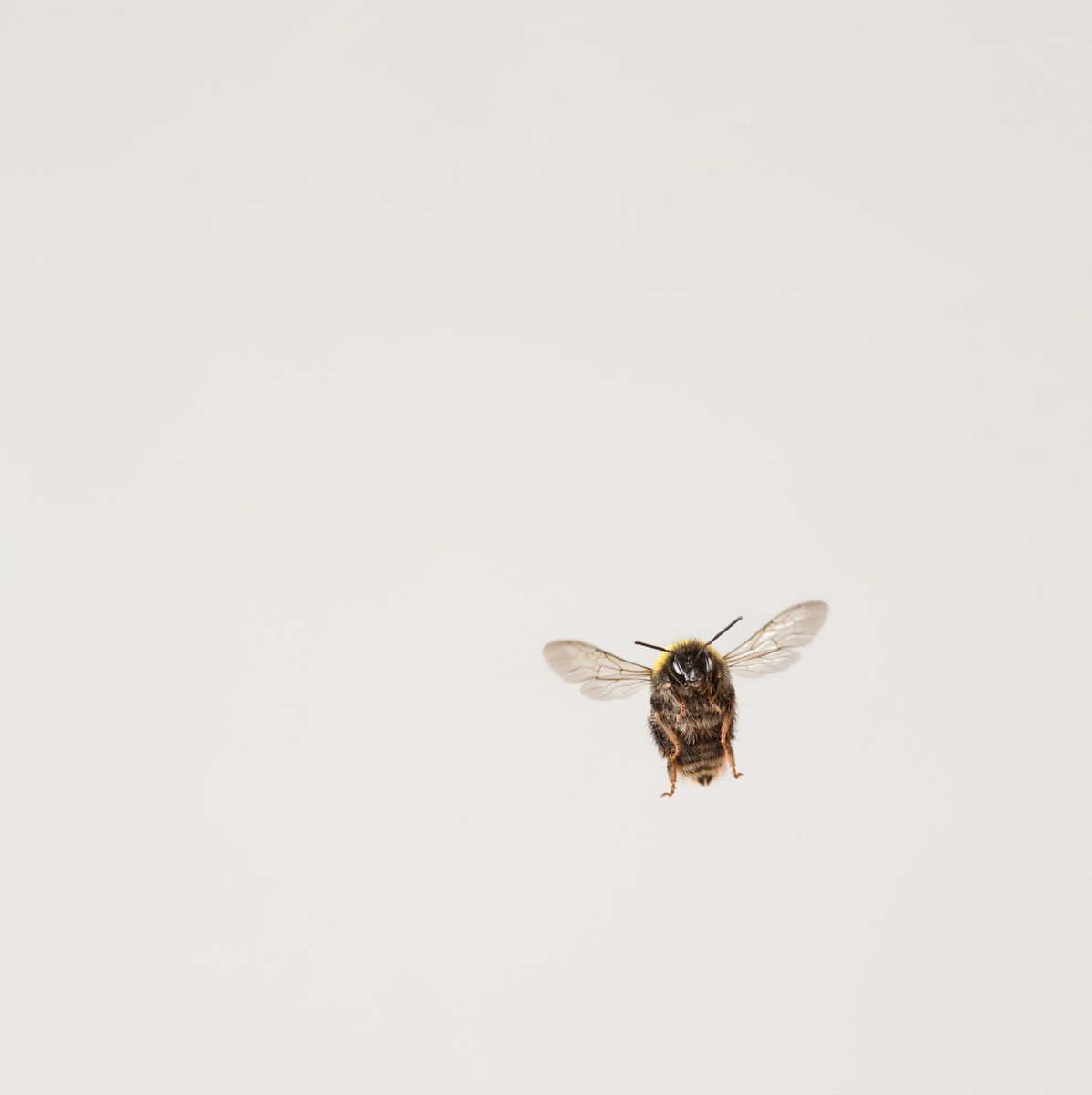 IF: Who are you photography heroes and how have they influenced your style of images?

GG: I am a big fan of photography in general. I collect photography books and look at images all the time. The two real big heroes of mine are Don McCullin and Tim Flach. Don McCullin has to be the bravest of all the photojournalists. His war images, all shot under incredibly stressful circumstances, leave me speechless every time I see them. He is the person I’d most like to photograph. Tim Flach is the other, and perhaps more relevant inspiration. It was his work that made me realize it was an option to take animals into a studio. It had never occurred to me. His work is incredible and as a technician he is second to none. I would recommend giving him a google.

IF: We loved your Company of Dogs Portrait exhibition showcasing celebrities with their dogs pals – who was your favourite celebrity / celebrity dog you enjoyed working with most? Any amusing stories as we can imagine it’s being quite a challenge to capture the joint personalities?

GG: That was a fun project. We shot 30 celebrities and their dogs. We then put on an exhibition of the dog images and auctioned them to raise funds for Dogs Trust. Everyone we worked with was incredibly accommodating. Brix Smith was probably the funniest as she is completely bonkers, and her two pugs were incredibly well trained. Yasmin Le bon was super charming and again, was really good with the dogs. I shot Peaches Geldof , who was goofy and funny. She tragically passed away the following week. Alex James and his whippet, Sox were good value. Alex said that Sox would take a bullet for him. It’s actually quite easy shooting people with their dogs. Everyone is so much more relaxed and the dogs almost always do something funny or unpredictable. No matter how famous their owner they all bounce, bark and fart.

IF: As you might imagine we are huge fans of selfies and the power of social media to help create more awareness of farming and the people who produce our food – do you have any tips for farmers looking to capture better images of themselves and their animals – is a felfie stick a good idea?

GG: Well the best thing to do would be to hire me. Failing this, stick a bit of food to your face. Something smelly, so that the animals can’t help but get involved. I took a picture of Dan Gillespie with his handsome Kerry Blue Terrier using this technique and I’ve employed it ever since. The subjects appear to be looking into each others eyes, but really I had slapped half a cheese slice onto his cheek and shot him in profile. You’d never know if was there but it worked a treat. Oh yes, selfie sticks are probably quite good if it’s a huge animal you’re wanting to squeeze into frame.

IF: Where can we see your work? Do you have any other upcoming exhibitions or projects we should know about?

GG: Currently the only place to see examples of my work is my on line store at Gerrardgethings.com or on Instagram at gezgethings. I post regular updates via social media about what I’m shooting and where my work is being shown. I have an exhibition in Shoreditch opening later in the year which will mainly be British game birds, though there may be some hawks and owls in there too. Oh and a turkey. I am currently obsessed wit turkeys. It may be that some of your subscribers and involved in the breeding of some of these birds and if so I would love to hear from them. As you can imagine, it’s pretty difficult to find a red grouse in North London

All photos supplied by Gerrard Gethings from his ‘Ordinary Creatures’ exhibition.