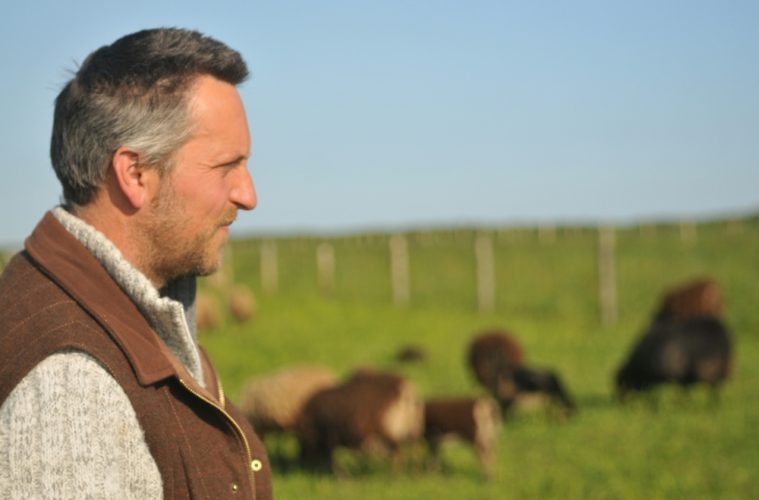 We pay tribute to agro-ecological farming pioneer and film maker, Tim Green, who was tragically killed in a tractor accident on Village Farm in Devon

Sadly I never had the privilege of meeting Tim but having seen the tragic news on Village Farm’s facebook page a few days ago I felt compelled to post a tribute to him and share his partner Rebecca Hosking’s moving tribute far and wide. Tim’s life was tragically cut short but his work lives on and we were reminded of this only yesterday evening whilst watching a Channel 4 News report on ‘Farming after Brexit’ by Tom Clarke. Tim was featured speaking passionately about mob grazing at Village Farm and his mission to prove that a good farm should be good for ecology with or without government support (you can watch the feature here). The interview took place just two days before his tragic accident in the same field on the 10th of February. 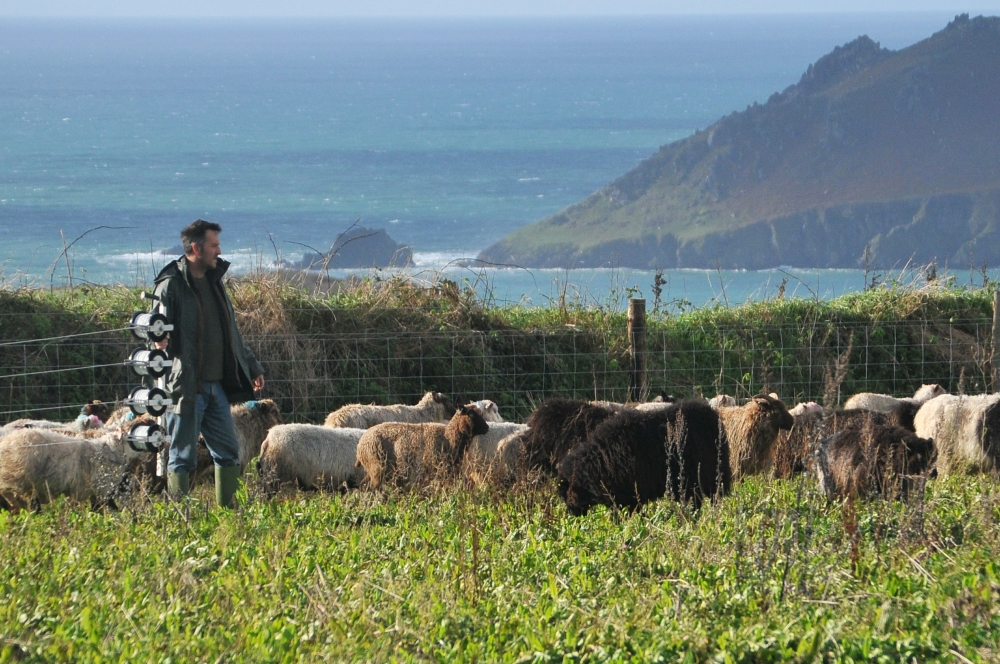 Tim’s tragic accident is a reminder to us all how dangerous farming can be but as Rebecca Hosking says in her moving tribute below “we must carry on and celebrate his death with life”.

The 10th of February is from now on always going to be an incredibly sad day for the rest of our lives. The 10th of February is when my bestest friend and co-director of Village Farm, Tim died in a horrific tractor accident. We’re all still trying to adjust to his loss and get used to talking about him in a past tense.

Tim was many things. He had a devilish wit, a super smart, problem-solving mind and was amazingly creative. He was kind and trusting to a fault and never thought bad of anyone. He was a walking encyclopaedia – he loved hoovering up facts and was a stickler for grammar – he was forever correcting me. He was so blooming stubborn at times but when he was, he always had a twinkle in his eye. He rarely did the washing up, his desk was so messy it could easily be considered a fire hazard and he would wear the same pair of socks for so long that they could happily stand up by themselves once he took them off. He was humble and self-deprecating, yet everything he did in life was researched, judged, weighed and measured. He was in large part our genius.

The biggest driver in Tim’s life was ‘other life’, of nature and wildlife in all its forms. He and I shared that same goal: To make our little corner of the world a better place by increasing the amount of wildlife we cohabit the land with.

We both knew conventional farming is the biggest destroyer of wildlife, and so to challenge that and find a new route, we had to become farmers and change the practices used on the land we worked.

Since his death, I’ve heard folks call Tim principled for acting like this, but to him it wasn’t principled, it wasn’t noble, it just made common sense. It was his daily drive to turn this farm into something more wild, to create more diverse habitats, and make it a home for more native species.

He hated with a passion the industrialisation of farming. He was a stickler for us not using heavy machinery on the land and so it’s with some dark irony that he was killed by one of the lightweight tractors we did actually use.

Reflecting on his death, it’s so utterly needless when you think of all the wrongs of the world. Here was a humble, intelligent lovely man trying to make things better and for that he was taken.

With all of this you could easily get into the mindset of “What a waste of a life”, but Tim wouldn’t want us thinking like that. He was staunch atheist and proud biologist and firmly understood that from death comes life.

He would hate cut flowers on his grave, particularly ones grown in winter shipped in from aboard. I can hear him in my head kicking off about their air miles and how the land they were grown on has been doused in pesticides. So on his crash site in the mud that first the tractor carved and then the paramedics made worse whilst trying to save his life, we have patted in wild flower seed.

Yet the biggest legacy for Tim is that we at Village Farm carry on and celebrate his death with life. To this end, he left us a massive clue.  Tim was just about to inherit a small amount of money and with this he planned to buy trees for the farm.

It was incredibly sad to open up his desktop after the crash to find the PDF he’d finished just before he went outside to get on the tractor. There on the screen was the list of tree species he’d intended to buy.

Tim would be the first to point out, “We don’t just need more trees on this land, we need more cover, more shrubs, more wild flowers, more ponds and water ways. We need to keep creating habitat.”

So with this in mind, we’ve started a page on our site in memory of Tim. It’s called “How you can help wildlife”.

Tim was my dearest friend, we’ve been by each other’s sides for almost 20 years and this past week is the first time I’ve experienced the 21st century without him. The pain of him leaving is unbearable, the sorrow of knowing we’ll never get him back is heart breaking, but what we can do is carry on… carry on his work of bringing more life into the world. He would like that.

To read more about “How you can help wildlife” click here