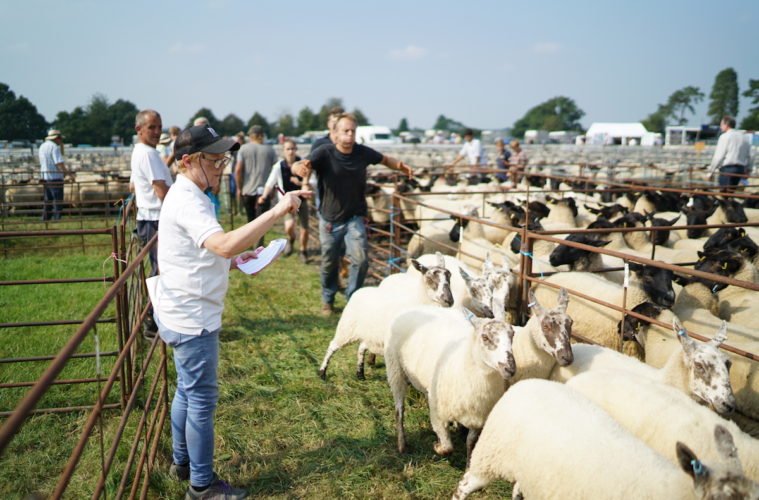 Farmers must tell their story

Do you sometimes get the feeling that farmers are a convenient punch bag? Here are some recent media headlines. ‘Time to cut our greedy farmers down to size’. ‘Rural life better? No it’s Sexist, Cruel and Lonely.’ ‘Farmers in firing line over species losses.’

These articles make sad reading especially as there’s so much good being done in the countryside. Farmers need to get their side of the story out there and tell it how it really is. Giving the general public an accurate perspective and a better balanced view on country ways and what makes it tick is important. If we can build up a greater understanding with the urban population it would benefit us all.

My daughter tells me ‘The Grocer’ headlines are ‘The Co-op to list only British own label bacon and lamb’. Making them the only major UK retailer to stock 100% own brand, fresh, British beef, chicken, pork, lamb, bacon and turkey. Sounds good to me, let’s hope that more retailers follow Co-ops lead. I personally believe that eating more locally produced food helps the environment, the community and your health, quite possibly saving the NHS money as well.

This heat reminds me of the summer 1976 when I was in Southampton. Their football team won the F.A cup, and then toured around in an open top bus; they were noisy exciting times. I’m not sure whether lambing experience helped or hindered my obstetric training in the labour ward. But the mother of the first baby that I delivered, a healthy 9 lb boy, was slightly bemused by my enthusiasm. No denying it was hot work for all concerned as neither water births or air conditioning were available. When the baby was placed in the mother’s arms, it was a magical moment.

Many years ago I learnt a valuable lesson. I was checking cattle and found a Simmental cross cow lying flat out with the calf’s head out and one front foot showing. The cow was exhausted, she laid awkwardly on the hillside, so that she was working against gravity. My phone had no signal and I knew that I didn’t have time to get help. I managed to roll her into a better position and found the second front leg of the calf. I was concerned about its size, but I deemed the calf past the point of no return. I used my shirt to get a better grip, and with my feet jammed against the cow’s buttocks, I pulled with all my might. Whilst thinking ‘men are never around when you need them!’ Luckily the cow pushed, resulting in an indescribable heap of me, slime and freshly delivered bull calf. The good news was, we were all breathing and cow was so delighted she licked us both, her tongue was a wide awakening. When we had all recovered I was ecstatic about the magnificence of the calf.

The moment my other half returned home from contracting, tired and hungry. I dragged him along to see the calf. But when we arrived at the scene of drama, all was quiet, there wasn’t an animal in sight. We went to the bottom of the hill crossing the bridge and could just see the herd grazing at the furthest end of the brook. Then I spied the calf snoozing in the rushes close by, so I roused it from its slumber. How stupid was I ? Before either of us could move a muscle the calf leapt up and ran full tilt, not towards its mother but to my horror headed for the river some 30 metres away. It plunged through some brambles and fell 10 foot down, landing with a resounding splash. Unpopular is an understatement! I can assure you it’s not easy standing in water pushing a large calf up a slippery sheer clay bank. The commotion attracted the calf’s mother, who wandered over bellowing, peering down on us with a look that questioned ‘what you playing at now?’

It’s amusing that Google maps have taken cow confidentiality to a whole new level by blurring out their faces! Slightly ironic in view of the stringent laws in place to ensure that cattle movements are monitored.

When it’s hot, spraying water around cleaning out the livestock trailer is a much pleasanter task than in winter. Luckily the sun shone for Dolphin Sheep fair, where my sheep counting skills were tested. We bought some Shearling Mules to keep my hunky new Rams happy. Beltex/Charolais and Beltex/Texel rams were bought from a breeder in Cheshire. We were definitely spoilt for choice. Picking just four Rams from amongst four hundred, is like wandering around in a sweetie shop. The Rams sparked some amusing comments when we had a break at the motorway services on our homeward journey. I’m almost looking forward to lambing now! Rightly or wrongly we’re not vaccinating against blue tongue but we are trying foot vaccine.

There’s an abundance of wild hops growing in our hedgerows, and they smell good. This Autumn our house is all hopped up. There’s an old saying ‘If you have hops in your home you will never want for anything.’ I wouldn’t put money on it, but it’s a nice idea. Hops are also reputed to cure insomnia. I enjoyed and definitely recommend going on a tour around Harvey’s Brewery in Lewes, A historical building and inspiring business, our farm women’s group had a fascinating visit and tasting the beer wasn’t bad either!

I recently ‘had a go’ with a 20 bore shotgun attempting to hit some clays whilst at a 80th birthday party! It was great fun and easier to handle than I expected. But for now I’ll stick with my pen.

A version of this story first appeared in the South East Farmer magazine.