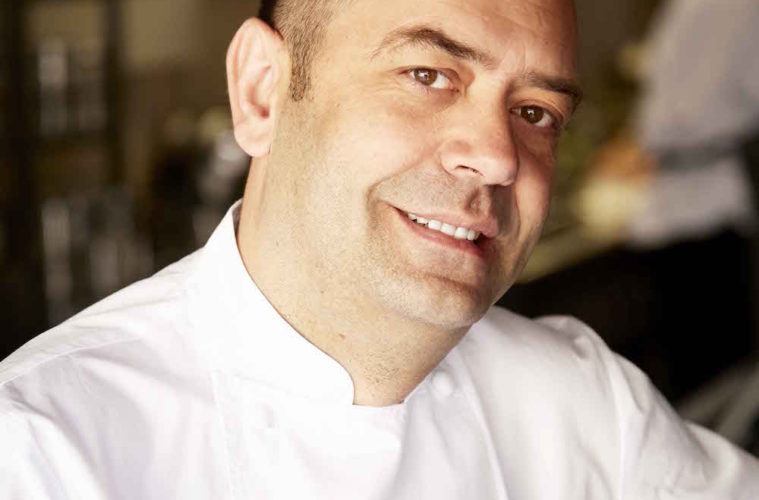 José Pizarro: “British asparagus is best in the world”

‘I’m very disappointed,’ says the multi-eponymous-restaurant-owning José Pizarro. Referring, rather lugubriously, to the results of the EU referendum.

And who can blame him – restaurants are having to prepare for not only an exodus from their dining rooms (people spend less in an uncertain economy), but their kitchens too. ‘Almost half my staff are Spanish,’ he says. ‘So if there is a block on immigration in place, it’s going to be a challenge for me to retain my authenticity.’

And, inevitably, it may well get a lot worse. ‘Given that some of my meat, cheese, wine and beer come from Spain, I’m nervous about this,’ says José. ‘It’s not a cost hike I am keen to pass onto the customer, so we’ve got some major planning to do.’

Despite the portentousness of the whole thing, what if I told you Britain isn’t a complete and utter embarrassment. Alright, the country’s split in half due to political unrest. Alright, we prematurely dropped out of the Euros. Alright, over half our food is imported. But guess what? That other slightly under half ain’t so bad.

That goes for our veg, meat and drink, which top chefs – Pizarro included – think is among the best in the world. Why, when our culinary highlights include tinned baked beans, laverbread, and mushy peas? Who knows. But it does feel like a nice pat on the back when our little island gets noticed for the stuff it churns out, doesn’t it?

So then. What’s good? ‘There is such a wide variety of things that it is almost impossible to say,’ says José. ‘I go to the four corners of the UK to find the best cheeses, seafood, asparagus, beef and lamb and strawberries. I also think the British make incredible bread and, randomly, vinegars.’

Vinegars? Not sure where that came from, especially when José has a thing for Spanish sherry vinegar. As to the other fruits of the earth, he often finds from ‘a brilliant little grocer near my house in Bermondsey Street’ when not slightly further afield. And when it doesn’t involve certain pig parts. ‘Most the meat I source is British, apart from the jamones and various pork cuts I source from Spain. It’s all sourced from as close to home as possible.’

As to what makes our home country’s food so special, José puts it down to the ‘amazing soil and weather’ we get (first time I’ve heard our climate referred to as ‘amazing’), and, perhaps more importantly, the wealth of creativity among food producers. ‘Britain seems to really nurture new food talent. The array of new food businesses that are making seriously good, award-winning products blows me away.’

While we’re on the topic of blowing away, we’ve got plenty of products that don’t do that. ‘Britain makes incredible spirits and beers and some wines, but I think it’s a massive shame we’re not more on the map when it comes to sparkling wines and light drinking whites and rosés. I just don’t think we have the climate for it here.’

It’s a polite way of saying we have crap weather, and not a moment after he said it was good. Anyway, and all things considered, you’d think we’d be looking auspiciously into the future of our food. But then you remember your assertive pessimism, and think, in a couple of years, it could be half as good as it is now. So what about José? Is he seeing the effects of us quitting the EU already? ‘Not yet, but we are bracing ourselves.’