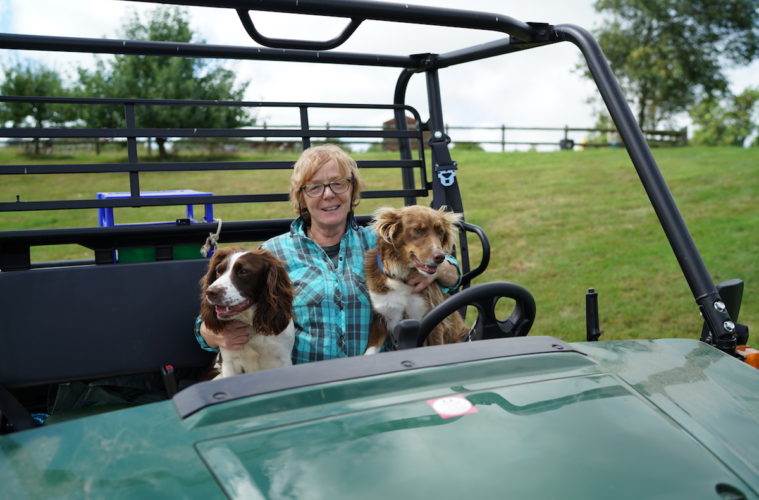 Have you ever felt like throwing your phone on the floor and stamping on it? Tempting and probably immensely satisfying, but as phones are invaluable bits of kit, it’s unlikely.

Achieving  Communication with another human on the receiving end can be a rare treat these days. My mission began because the corn merchants Assurance Inspector had ticked them off for not recording EU Hygiene numbers for their primary producers. We needed a number.

Day 1: I phoned Trading Standards and listened ‘In order to deal with your call more efficiently, please choose from the following options.’ I tried 5 different combinations, and finally got an answerphone. Grrr… I left a surprisingly polite message and took out my frustration by weeding the garden, hoping that I’d get a call back.

Day 2: Second time lucky, I explained. ‘we’re livestock and arable farmers, I’ve been told that you could issue us with an EU hygiene number?’ They replied ‘You need to fill out a form, and choose a code I’ll send it over by email.’ No email arrived.

Day 3: I repeated the process, spoke with someone and stayed on the phone until I’d received the email. Filled in the Registration form immediately and emailed it back.

Day 14, Nothing! Another pressing buttons session and message left. A call back; apparently I ‘slipped through the net!’ I did point out that the combine was rolling, and was reassured that my request was being passed to the relevant officer.

Day 16 Emailed completed form back and received auto email, ‘officer not back in office for 4 days’.

Much of our corn is fed to our own stock, with the surplus sold to merchants. The irony is, that if we sold corn for malting or milling NO EU Hygiene number would be required! Bizarrely, if loads are rejected from being sold into the human food chain guess where they go? Into animal feed. But this magical number is necessary if you sell corn for animal feed. What a waste of everyone’s time.

My other half is happily ensconced in his air conditioned glass cab, supervising his mean machine gobbling up the crops. Whilst me, ‘The Boy’ and dogs are running ragged keeping pace with all the other fun and games that occur on farm. Our winter oats yield was down despite my tractor driving skills in helping to get a seed bed. Apparently a combination of the weather and black grass is to blame. The grain looks noticeably skinny! The fields that were sown later have cropped better. I’m going to remind him of that, later this year when he starts pestering that we’re getting late for corn sowing.

Before harvest, on a day when I’m usually in market, we decided to break with tradition. Feeling adventurous, we headed for the High Courts of Justice in London, to sample a day in the life of our ‘never before mentioned’ legal beagle daughter. It was fascinating. Attired in smart casual we walked into the impressive modern building and met our daughter who ushered us through the security and guided us into court. On entering we bowed to the Judge and took our seats at the back as unobtrusively as possible. Witnessing the mechanism of Law in action and the use of modern technology is impressive. As the barrister spoke a transcript appeared on my daughters  computer. We were issued with iPads and any relevant documents they referred to, popped up on our screen. At the current level of Basic Farm payment, the sums of money mentioned in court, would pay all the uk farm subsides for over 20 years, mind boggling!

It’s always good to get back to the familiar surroundings of our home and change back into comfortable working clothes. A recent study into the Future of Small Family Farms across the UK,  reports statistics showing decline and offers advice. Could the new UK agricultural policy reverse this worrying trend? It was heartening that it also reported  ‘top performing small farms can be as efficient as larger ones’. Right now it seems we’re at risk of becoming a Rare Breed ourselves.  I’m not claiming that family farming is an easy business but we’re not planning on swapping it anytime  soon.

I’m currently reading ‘Like A Virgin: Secrets They Won’t Teach You at Business School.’ Richard Branson gives sound advice. It’s interesting to note that he left school with no qualifications which proves that it’s possible to succeed without them. Talking of success, Team GB in Rio have done us proud! I’m liking that the Brownlee brothers prefer cake to cocktails. The Olympic’s have provided much needed good news. 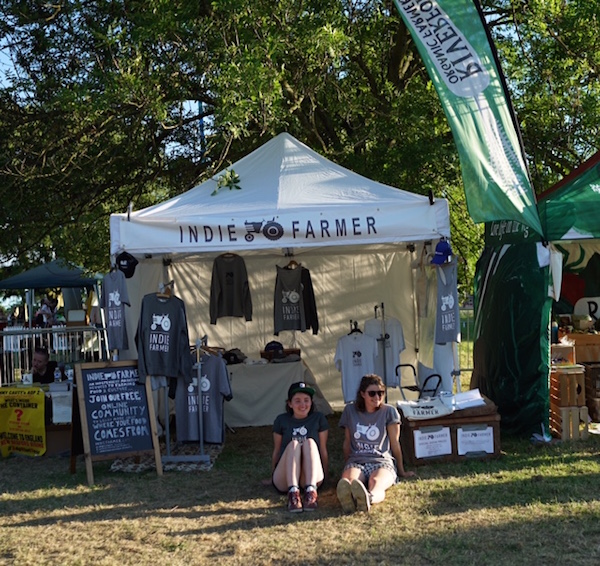 ‘The Boy’ has had a stand at some shows promoting his Indie Farmer brand, which encourages the urban population to take a greater interest in how their food is produced. Quality rather than quantity. Anyway I tagged along to ‘help’ ably assisted by Tilley my trusty companion, she was magnificent at public relations. We were allowed the occasional time off stall. I thought I’d enter Tilley into the ‘fun’ dog show. The working Dog class, and as instructed happily trotted this way and that. When it came to the Judge examination, Tilley was horrified, promptly sat down and looked pleadingly at me as if to say ‘this stranger is invading my personal space!’ Tilley came Second. As we left the ring the Judge said to me, ‘you’ve got a lovely dog, but it’s you that needs training in how to show her off.’ Tilley has accepted my apology and by mutual agreement no more ‘FUN’ dog shows for us.