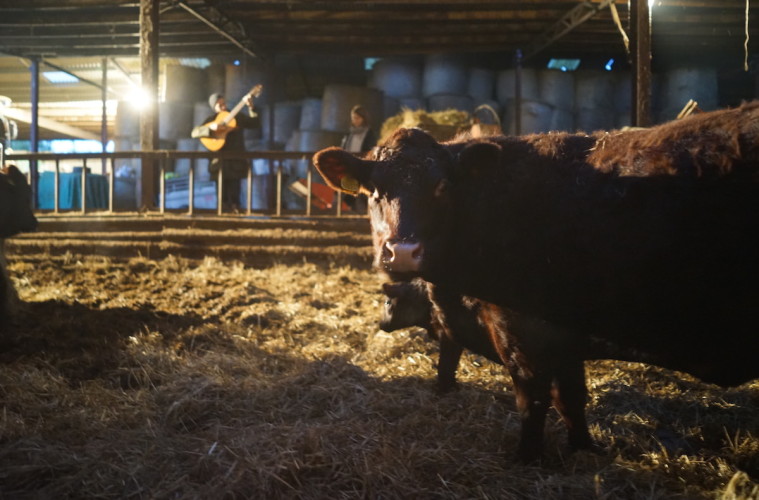 Indie Farmer recently caught up with Jo Barratt from Farmerama Radio to find out more about how the farming podcast came about, a few of the highlights to date and plans for 2016.. 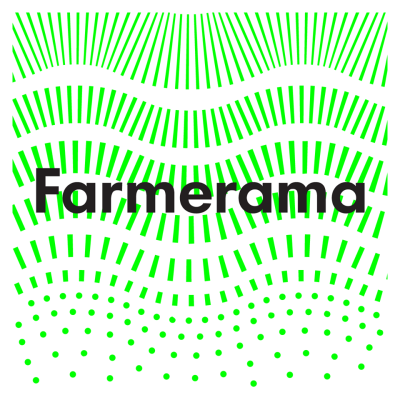 Can you introduce yourself and tell us a bit more about Farmerama Radio?

Hi – I’m Jo and I’m one third of Farmerama Radio, along with Nigel and Abby. We started this podcast to share the voices of the smaller-scale farming movement in the UK and beyond…to connect up ideas and share different things farmers and growers are experimenting with, or simple tricks and techniques they’ve developed.

How did you come up with the concept for Farmerama and what’s the best way to tune in?

It all started when Abby met Nigel at Farm Hack in the UK back in the spring of 2015. It seemed that it wasn’t that easy for farmers to connect and discuss the nitty gritty of work in smaller scale farming other than at events like that. Farm Hack was really great, but how could that excitement and sharing continue throughout the year? There seemed a need for something more regular, that people can engage with while they are occupied with the day to day business of growing food or running a farm.

Abby introduced me to Nigel at a dinner in the first part of 2015, the three of us got talking and the result was the pilot episode of the Farmerama Podcast which came out later that summer. 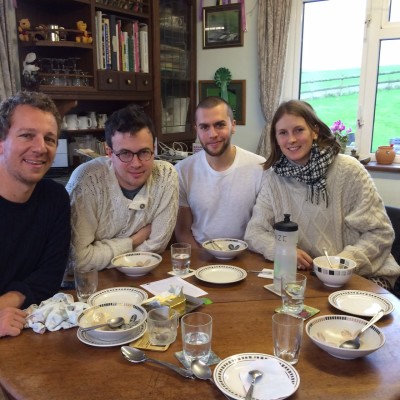 The Farmerama Team around the Kitchen Table at Hockham Farm

Has the podcast been well received and how many episodes have you made so far?

In podcast terms it has been a big hit – iTunes featured our first episode which got us off to a flyer. Since then we’ve had a steady increase in our audience. But what we’re really excited about is the feedback we get from people at farming events and from listeners who email in with feedback and their own stories.

Any favourites moments or behind the scenes stories we should know about?

I don’t know where to start – there’s been so many great moments. Like when Nigel confused being in Milan with Madrid whilst recording a piece about Slow Food Youth Network’s ‘We Feed the Planet’ (it had been a long day and he might have had a few drinks). Luckily such things are fairly easily corrected in the edit. Going to the CSA UK network AGM was pretty incredible when we met Robert Simpson and learnt a lot about goat tunnels and so much more. We also recently recorded episode 4 on Nigel’s family’s farm in East Sussex – two of his Sussex heifers were overdue [..to calve] and so we tried inducing them with some live guitar playing..

We’re all going to be at the Oxford Real Farming Conference on the 6th and 7th of January so we’re hoping to meet lots of interesting independent farmers and record some great material. After that Abby’s off to her family’s farm in Chile for a few weeks so we’re hoping to include some South American features in the February edition… 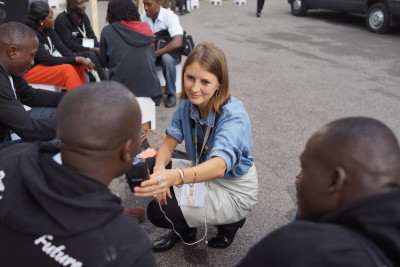 Abby at the SFYN Terra Madre Giovani in Milan

What’s the best way for people to contribute or get involved?

We’re really excited about user generated content i.e farmers and anyone who’s interested in the smaller-scale farming movement making short recordings (we call these field reports!) on their smart phones and sending them in to us. It might seem daunting but it’s so simple to do and helps us broaden the mix of content we can include in our 30 minutes each month. If you are interested at all or maybe just want to give us some feedback then please get in touch!

How else can we stay in touch with the Farmerama team?