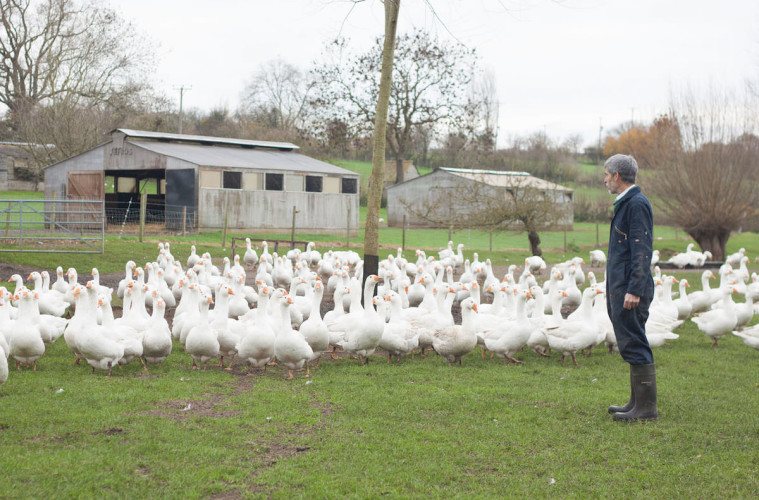 Steph Wetherell sets out on a Locavore Christmas adventure to find out where her festive food comes from..

My childhood memories of Christmas generally feature crowded tables and overflowing plates of food. For many people, Christmas food shopping means running the slalom of supermarket aisles, fighting over turkeys and boxes of mince pies. This year was my first Christmas back with my family after living abroad for a few years, and I decided to do thing a little differently. Wanting to share my passion for local food with them, this year I offered to source and cook our Christmas dinner.

My journey began with the centre point to our meal, the bird. I eat meat, but am increasingly choosy about where I buy it from and how it was raised. My nearest local and organic food shop, the Better Food Company (http://www.betterfood.co.uk/) were sourcing ducks and geese from a farm down in Somerset, so I decided to pay the farm a visit and see for myself. 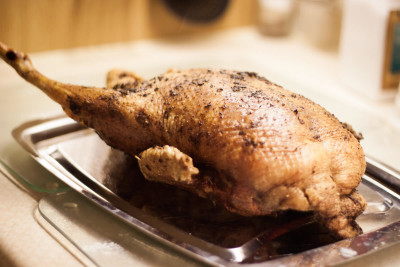 Cracknell’s Farm (cracknellsfarm.com) is hiding down the end of a country lane in the depths of Somerset. As soon as I arrive Jeff offers to give me a tour of the 45 acre farm, showing me the huge pastures where gaggles of noisy and inquisitive geese roam, the large barns housing the chickens and ducks with free access to the fields, and the spacious brooder sheds where the young chicks mature. This is why I’m here; this is what I wanted to see. Seeing something sold as ‘free-range’ can mean different things to people. When I think of free-range, I want the animals to have free access to land, and plenty of it, and that’s exactly what these birds have. They’re healthy, happy and clearly very well cared for. “If you know where your meat comes from, you’re not relying on a label; you can see!” Jeff points out. 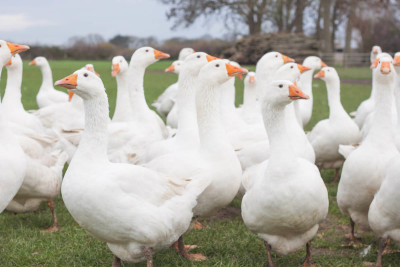 After walking round the fields, Jeff shows me the slaughter facility he has on the farm, a mix of modern high tech and old fashioned machinery that you can’t get any longer. For me, eating meat isn’t just about an animal being treated well through its life, but also in its death. Being slaughtered on farm means the animals don’t have to be transported or moved to an unfamiliar place, and are treated with care and dignity to the end. “It’d be a lot easier to take the chickens to a slaughterhouse somewhere else,” Jeff explains. “I wouldn’t be employing people to do the job for me, I wouldn’t have to manage them or the machinery. But the product would suffer, and therefore I can’t do it.”

With my Christmas duck taken care of, I set out to look for some local vegetables. The Community Farm (www.thecommunityfarm.co.uk) is located about 6 miles south of Bristol in the beautiful Chew Valley. It’s community owned, with over 500 people contributing to the £126,000 that was raised in a share offer in 2011. This alone makes it different to other farms, but the strong commitment to community involvement and education takes it to a different level. Their volunteer manager Ian gives me a tour on a damp Friday morning, and reflects on the dozen or so regular volunteers who come out every week; “t’s heartwarming every day because there’s people who are right into it, and come out and give their time on the farm.” As well as these regular volunteers, they run community farming days, and host regular school and adult groups on the land. 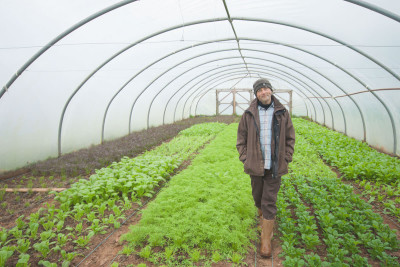 They operate an organic box scheme that supplies around 400 local households, and alongside their own vegetables, source produce from other local farms. “There’s a loose cooperative; people who don’t want to necessarily get involved with a box scheme themselves, so they bring it to us and we work with them to plan and fix a price that is above the market price,” Ian explains. “It’s really good for them as they can plan with confidence at the beginning of the year and know what they’re going to get. And in return we get some really wonderful produce and security in the supply.”

As the final part of my present to my parents, I decide to put together a local food hamper featuring several of the producers I’ve visited over the last few months. Alongside Wiper and True beer (wiperandtrue.com), Bath Harvest Rapeseed oil (http://www.bathharvestoils.co.uk/) and Shipton Mill flour (shipton-mill.com), is some cheese from the Bath Soft Cheese Company (http://parkfarm.co.uk/). I mean, who doesn’t love a cheese board at Christmas? 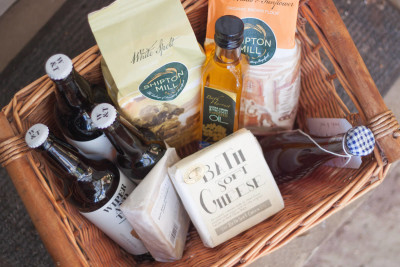 It was Hugh’s father who got into cheese making in the early 90s. Having decided he didn’t want to just replicate other cheeses, he found reference to a Bath cheese that had been popular in the late 18th, early 19th century. “Instead of signing up for an artisan cheese course, my father decided that if he was going to make the Bath cheese, he needed to learn from the books written in the 18th and 19th century,” Hugh tells me, laughing. “So we can really say that our cheeses aren’t just a copy of a brie or a camembert!” Their soft cheese is still made to this original recipe (apart from the bit where the salt is supposed to be spread with the aid of a feather). In 2000, they started making a hard cheese inspired by the farmers cheeses his great grandmother would have made, rounded in shape to echo the cloths that those cheeses would have been hung in. 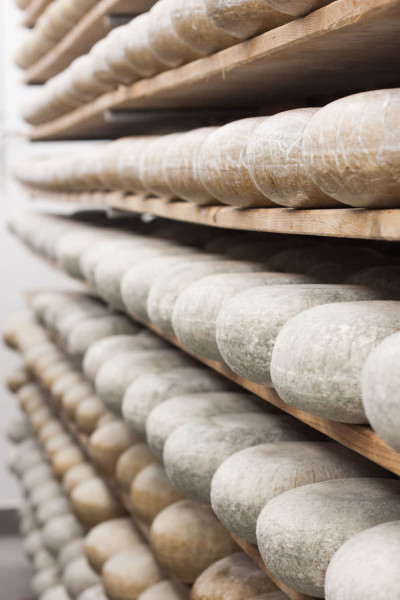 Hugh always helped out with the cheese making, but moved back to the farm 5 or 6 years ago, coinciding with his father’s experimentation with blue cheese. “It was a rocky journey,” he states with a good humoured smile. Clearly it was worth the journey, as their Bath Blue was voted best cheese in the world at the 2014 World Cheese Awards. For them, the cheese operation has given them an enterprise that will sustain the farm in the future, and they employ 15 people as well as using over half their milk (2300 litres a day) in the cheese making. As well as a tour of the cheese making and storage rooms, I get a chance to sample the cheeses before popping to the barn to meet some of the newborn calves and mothers.

On Christmas day, I cooked up a seasonal feast based around the vegetables that arrived in my farm box. Along with my slow roasted duck are potatoes and parsnips roasted in the duck fat, red cabbage with apple, roast sprouts, glazed carrots and port gravy. We tuck into the cheese and beers later on, along with a good nip of my homemade sloe gin. It was incredible to look around the table and know where all the food came from, and then be able to share the stories with my family as we ate; the failed attempt to get close enough to the ducks for a photo, the buttery sweet smell in the cheese making room, and the horribly rainy day I picked to tramp round fields photographing rows of kale.

For me, it became so much more than just a meal. Somehow, I doubt a trip to the supermarket would have left such a lasting impression.

You can read the full farm features and keep up with my local food adventures over at The Locavore (http://www.thelocavore.co.uk/).