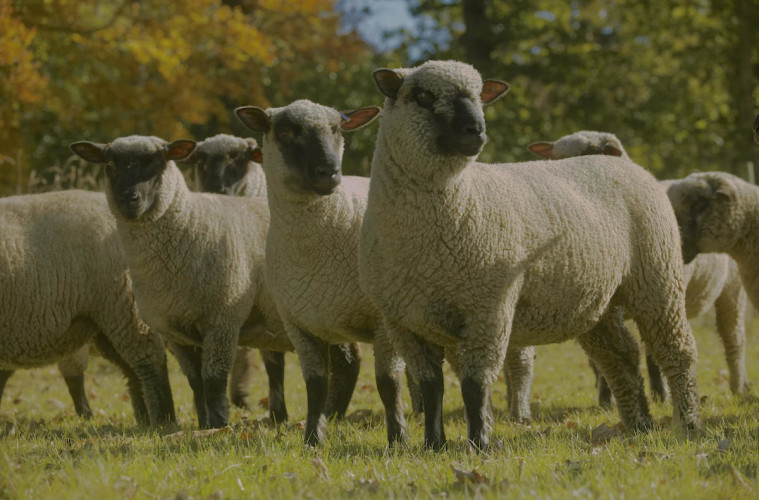 Innovative Farmer goes against the grain

Sheep and trees may not be the most obvious combination but a group of farmers in Herefordshire is seeing the benefits of combining the two. Across the country a network of farmers meet to research low-input techniques through on farm field labs. The network, Innovative Farmers, is part of the Duchy Future Farming Programme, supported by Waitrose and The Prince of Wales’s Charitable Trust, as well as partners LEAF and Innovation in Agriculture.

At Broome Farm in Peterstow, Herefordshire, Mike and his nephew Toby have linked up with other local farmers to investigate the effect of grazing Shropshire sheep in apple orchards. Shropshires are recognised as the safest breed for grazing in conifer plantations. Sheep are excellent natural lawnmowers, keeping weeds down and manuring at the same time. Often sheep will nibble fruit trees, but if these Shropshire’s don’t develop such a taste for the apple trees in the field lab, there could be a fantastic opportunity to change the way orchards are managed more widely and raise the profile of this rare breed sheep. 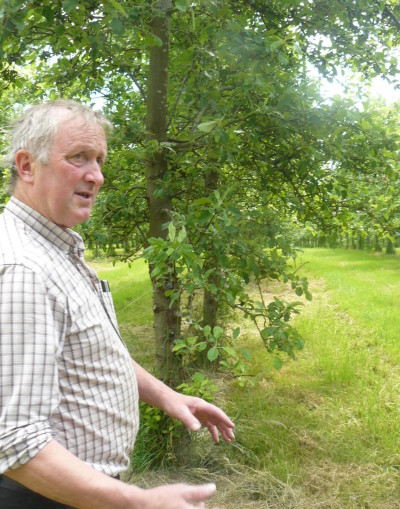 Mike is a third generation farmer at Broome Farm, with his grandfather taking over the farm in the 1930’s. Mike can remember grazing Guernsey dairy cattle in standard apple orchards with only minor damage to the mature trees but this technique has been all but lost in more recent years. He hopes that through the Innovative Farmers field lab he will find some more tangible results to support his theory that sheep can be beneficial in apple orchards.

He said; “I want to see what sheep can do to keep lower branches pruned without causing major damage the trees. I’m hoping this will maintain a good air flow through the trees and help with scab control, our biggest problem at Broome Farm. We’ve already noticed some positive behaviours – the sheep clear up leaves over the autumn, reducing the source of scab infection in the apples. Also, we struggle to prune the suckers growing at the base of trees (and it’s expensive!), the sheep tend to nibble these shoots down. I’m looking forward to working in a more scientific way to prove the benefits of having the sheep in the orchards.”

The orchards are now very different bush types to when Mike’s grandfather ran his cows through the orchards, with trees planted at 18’ by 8’. Mike feels this may be rather too close for good air flow through the trees and his original planting of 21’ by 8’ may be a sensible compromise to reduce the need for fungicide sprays. The orchard is not organic but Mike avoids sprays when possible, using nothing for the last three years. His approach to controlling ermine moth and blossom weevil is to put up bird boxes in the winter to encourage blue tits and great tits for biological control rather than using insecticide.

The orchards cover 50 acres with 38 acres in production for a Bulmer’s contract leaving 12 acres of apples for Mike to produce his own cider which is augmented with fruit from small local orchards. He produces 100 different ciders and perrys in small batches often only 300-500 bottles each, this is to avoid competing with the larger producers has he cannot compete on their economies of scale. Mike’s production is 40 000 litres per year and hence has to pay duty that smaller producers of under 7 000 litres avoid. Sales are through a shop and pub, the Yew tree Inn at Peterstow.

In addition to Mike’s own cider production there is an opportunity for double cropping and Toby will benefit from selling the lamb grazed between trees without the need for additional land.