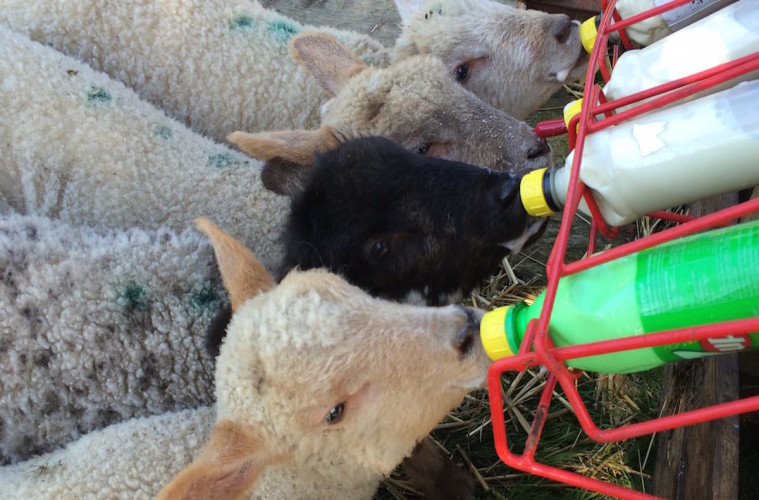 For us Lambing finished on May 29th, a good sized single, up and sucking, the young ewe appeared to have it all under control. I observed that the lamb was male and decided that I should get to ringing him before he could outrun me. I hunted around for rings, but then it started to rain so I left it. Next day, the mother was happily grazing but no lamb, completely vanished, all others present and correct! I do think that the mother could have acted slightly distressed, thereby alerting us, I was not impressed. So we completed lambing on a similar vein to the start, not good. Right now, the finished price of lamb is dire and I’m questioning my rationale for keeping a flock of sheep. Is it worth it?

Eblex have all the answers. Their name has changed to AHDB beef & lamb, (Agricultural & Horticultural Development board) June 10th they launched a new logo. I do wonder how much that cost? and how beneficial will that be to the grass root producers of lamb? Living the shepherding dream is different to preaching it! Anyway earlier in the year I accompanied our son (who is fresh from city life) on an Eblex course entitled ‘Sheep lameness and lamb losses’. We were shown pictures, identifying different types of lesions on the feet, for which we discussed effective treatments and preventative methods. I know that recent research insists that we should not trim feet. However on this issue I am slightly rebellious. I personally feel that in some cases it is still beneficial to trim, for example if the hoof has a flap which rubs causing soreness, or if the hoof is misshapen and traps dirt. I confess to using foot shears, but I do try to be less severe with them! In cases of infection in the foot we have used antibiotic injection as instructed. But I find it intriguing and controversial that when the medical world is being discouraged from using antibiotics, shepherds are being encouraged to use them more. During the day we also spent time looking at lamb loss data and had an interesting discussion re contributing disease factors affecting low lambing percentages, abortion, neonatal losses and losses after turnout, up to finishing. The course was thought provoking and it is always good to chat with fellow producers.

Update on Eeyore. On day 2 after joining the flock I was dismayed to find Eeyore looking lost. No sign of his mother. Later, I spotted her on totally the opposite end of the field, carefree and frolicking with her mates in the sunshine. I was exasperated, but resolved to leave it in the laps of the gods. Next day it was tipping it down with rain and I was impressed to find Eeyore snuggled up beside his mum, she looked to be a paragon of virtue, how could I ever have doubted her.

The lambs in the main flock have had a second worming dose. We also gave their first dose of Ovivac-p immunisation, we have found using this a worthwhile exercise reducing later losses. We are hoping to get the ewes shorn early July which will be when their fly cover runs out. 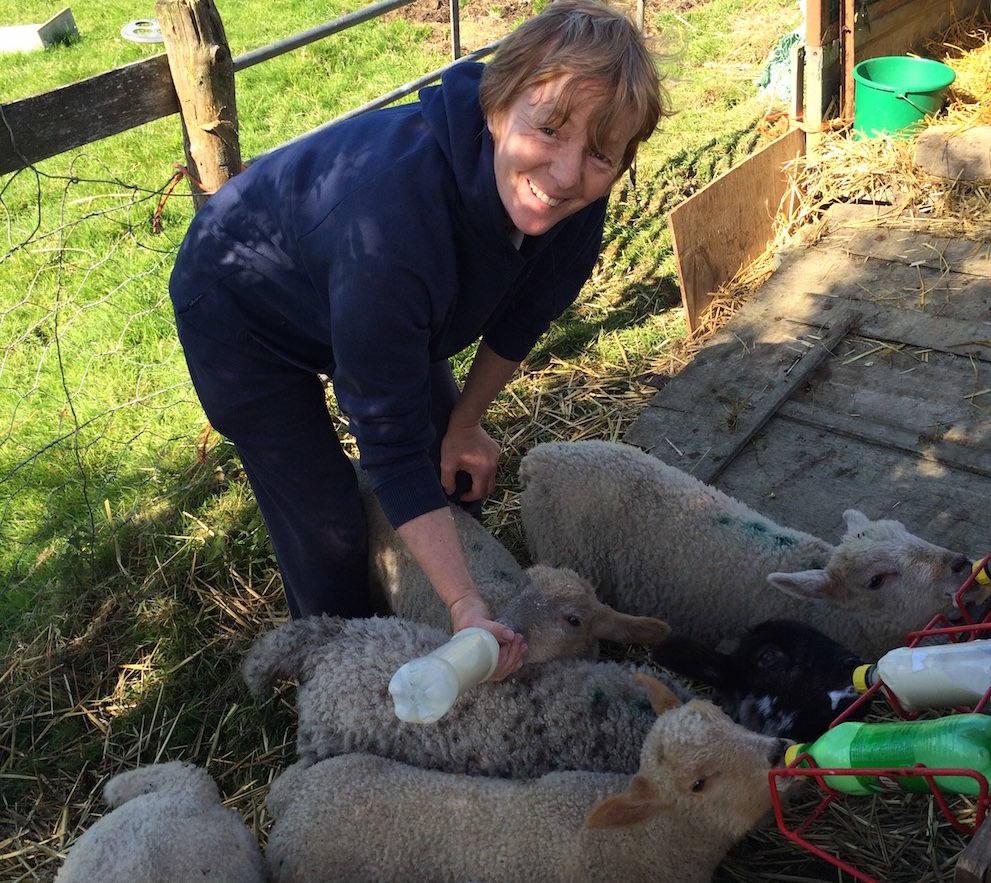 In the home paddock we have an assortment of very vocal bottle lambs. All visitors to the farm are serenaded in the hope that they have come to feed them. Many children have indeed come and enjoyed the experience of giving them milk. However for us it is a daily chore and I’m looking forward to finishing this last bag of milk powder. These guys are a motley crew. ‘Where there is life, there is hope’ has always been my motto. Extreme optimism! Weaning time can often be a turning point, and some of our sock lambs are ‘special.’ I don’t think Piglets mother rejected him on account of his looks, the ugliest lamb I have ever seen! He has a bald head and ears, these got sunburnt, sunblock cream was ineffective, they are now peeling, this adds to his appeal. Timothy tilt, has coordination problems, he has an unusual gait. Limping lula is unconventional, plus others, all struggling to succeed in life. I like to give them a chance. Given time, it is amazing what progress can be made. Often the best lambs that fatten quickest make less money than those that have overcome problems and are ready at a later date. P.S. We do have some normal lambs 🙂