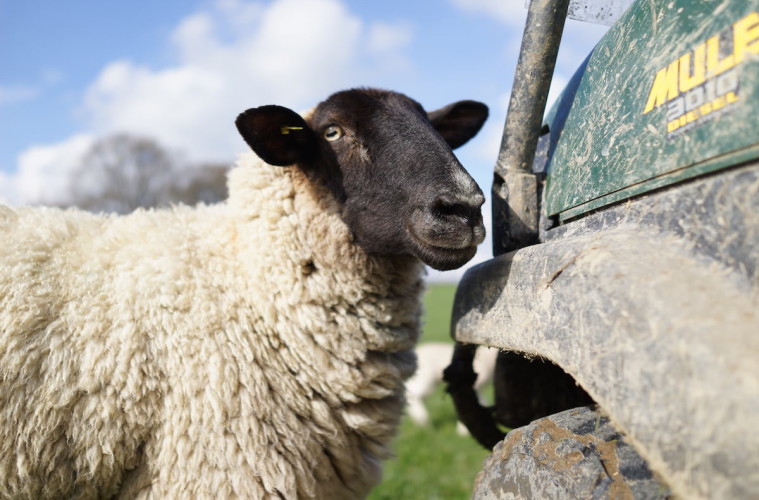 A Shepherd’s Diary: May

‘Hang onto your ears’ is the advice given to lambs that are sleeping overnight in our sheds. We now know that it is Mr Fox who has cultivated a taste for the delicacy of live lambs ears. This torture takes place indiscriminately, sometimes resulting in death but not necessarily. We have glimpsed the canny culprit on camera and in the flesh. we’ve witnessed his monkey-like climbing abilities, scaling 3 large round bales high, sheep hurdles prove no problem. He is way too clever to enter the cage trap. We are pitching our wits against him, War has been declared. I find his destruction of defenceless lambs inexcusable, it is not like he is utilising the meat. 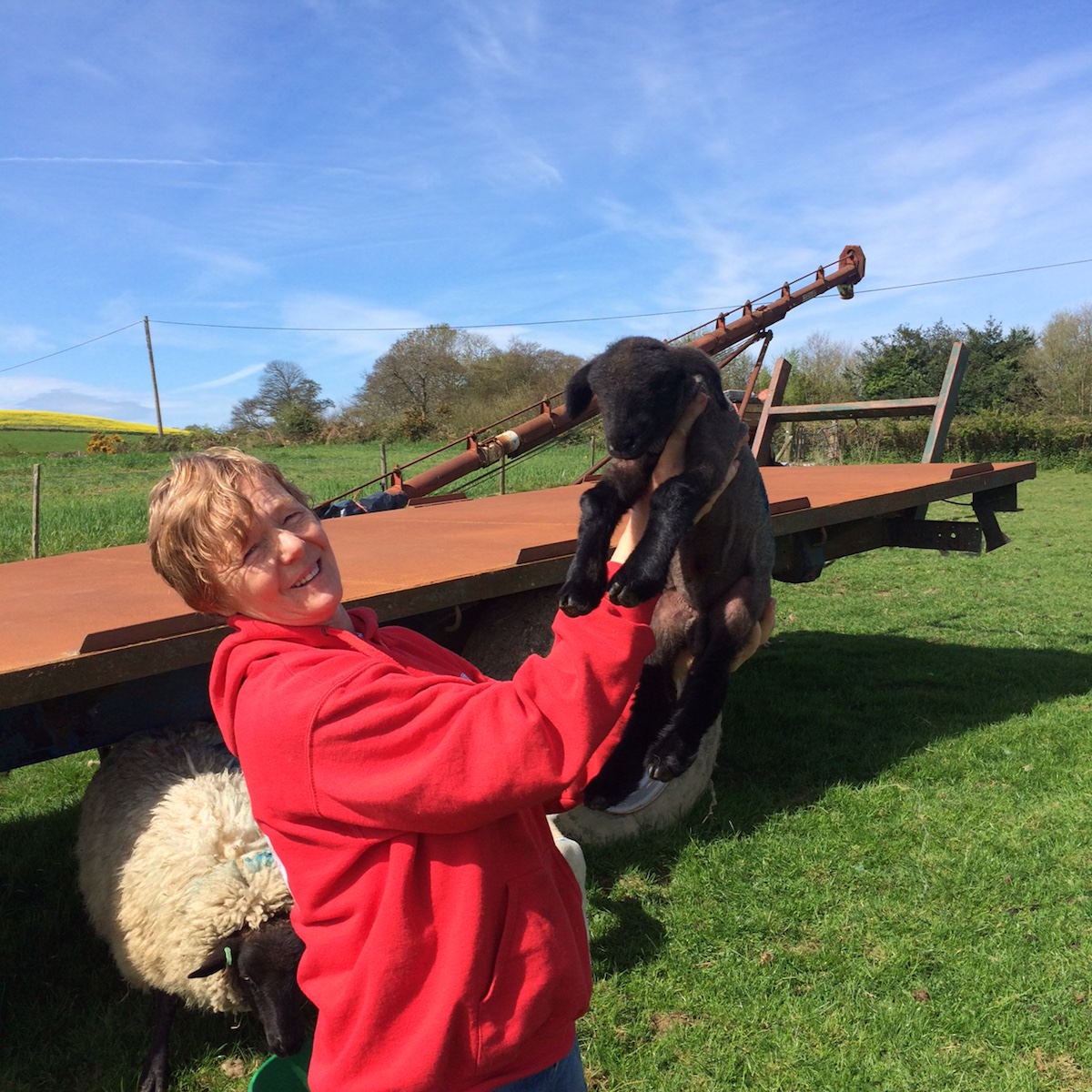 Every year we vow that next year we will remove the rams from the flock sooner. But as we only took them out 6 weeks prior to lambing we are suffering the consequences. The ewe lambs, are lambing at a rate of approx one a day. Some take to the challenges of motherhood instinctively like ‘duck to water’ and others act like drama queens. Fred said we should not put Suffolk on Suffolk, and I reluctantly have to admit that Eeyore has proven his case. 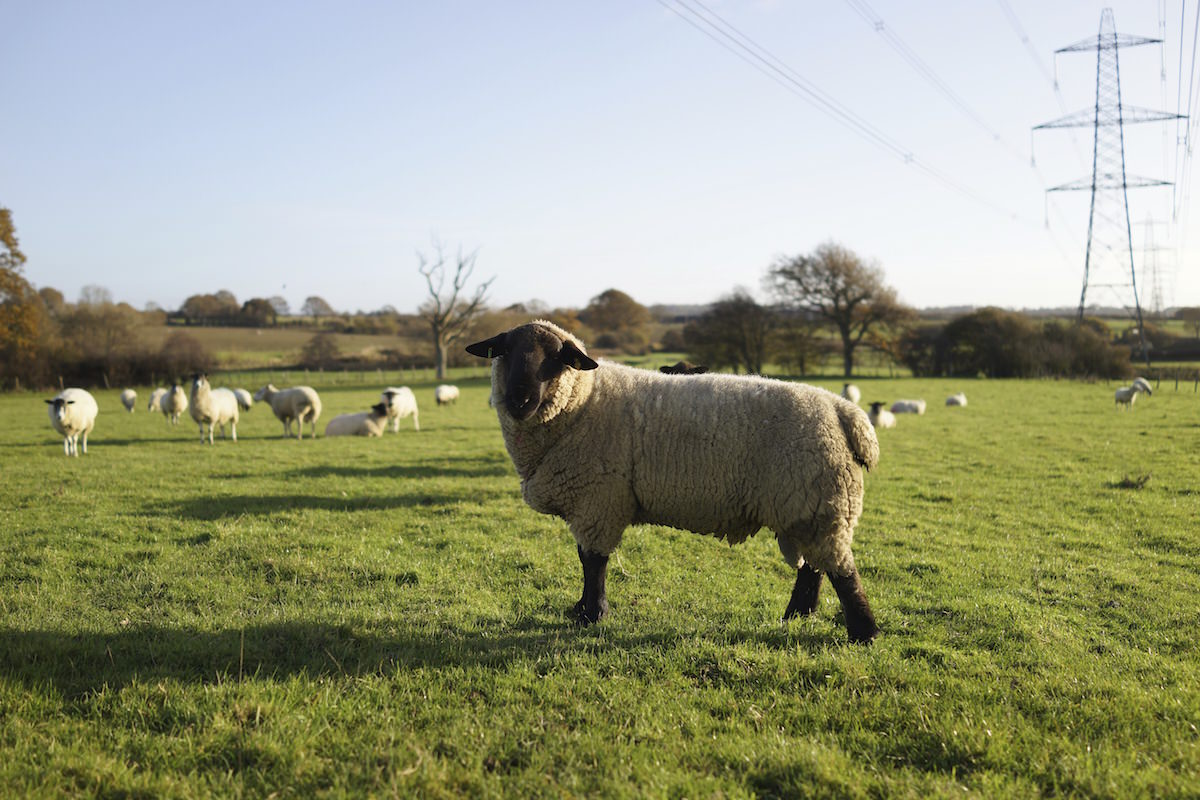 Eeyore’s mother, a Suffolk mule, seemed normal when we picked her out as a suitable breeder. Overnight she converted to the raving looney party. I think Eeyore’s arrival had something to do with it. I suppose she could blame her ‘hormones’ if she wanted an excuse for her abominable behaviour. There is no denying that Eeyore is the progeny of the Suffolk ram. He has long black droopy ears with a gloomy expression, a picture of dejection. After his birth, from a safe distance his mother surveyed him in horror. Achieving getting these two into a pen together was nothing short of a miracle, requiring patience, along with a combination of cunning, brute force and strong language. When we suggested that Eeyore required a drink from her milk bar, she freaked out big time. we also had to convince Eeyore that legs are designed to stand upon. It makes reaching minuscule milk dispensers easier to hang onto, especially when they are leaping up and down. This skill now mastered, a mother bursting with pride, and Eeyore attempting to skip, equals job satisfaction. How boring easycare sheep must be, and what would I do with all that extra time in my day?

Previously we have wormed the ewes individually whilst in the lambing pens when we mark up. We delayed this task to reduce the work load at lambing time. Penning and handling for the first time after lambing can be challenging. The weather was kind, sunny with a slight breeze, blowing the petals from the blackthorn hedge, resembling a snow shower. Penning to worm worked better than expected, with the exception of one red tagged mule, who never fails to give us a good run around, attempting to hide up her lambs. She is very sneaky which leaves me wondering why I don’t find her another home, but luckily for her she does her lambs well. 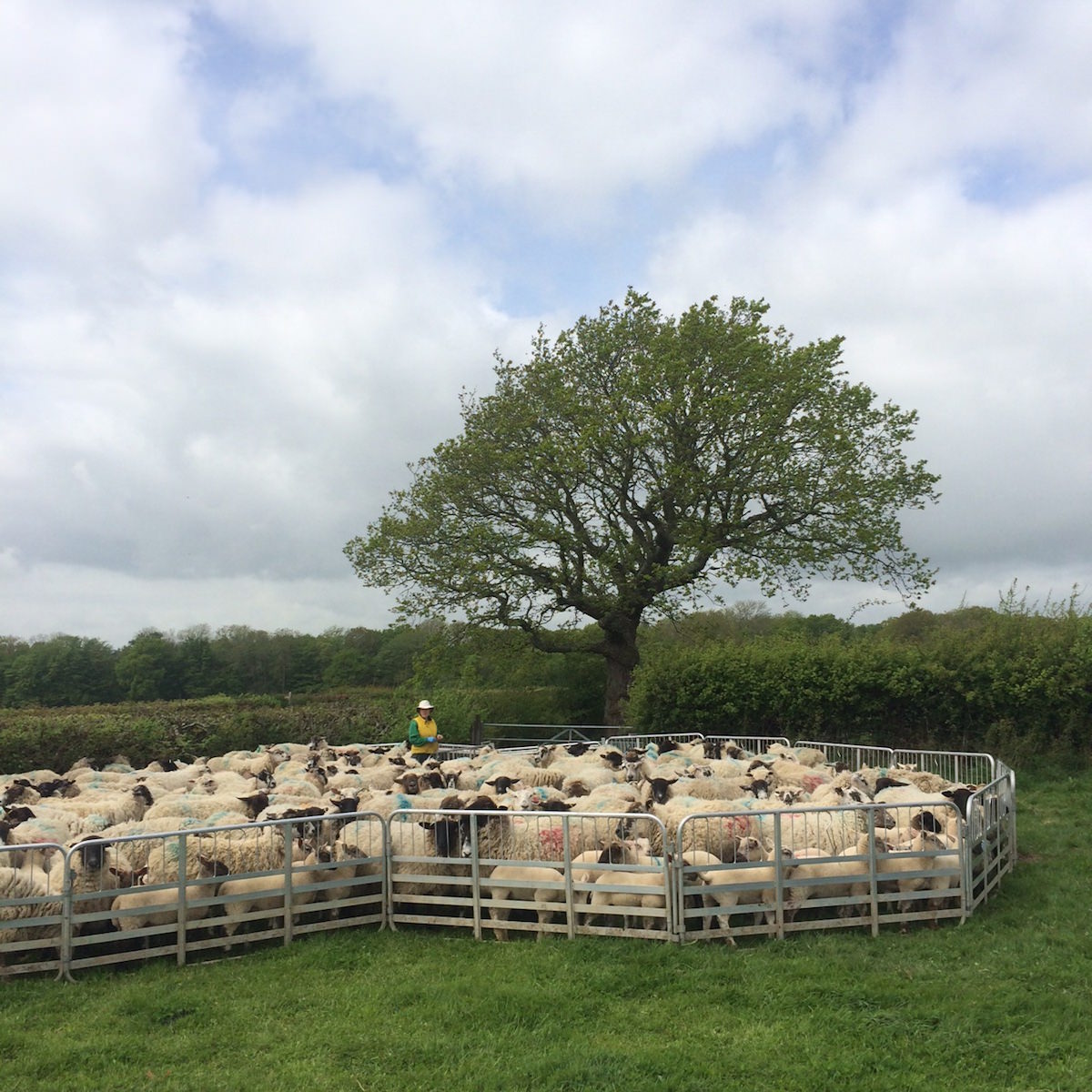 Eeyore inadvertently had a lie in yesterday, and it wasn’t Sunday. Due to his demeanour he has been allowed ‘hardening off time,’ in nights and out days along with his mum and the ante natal ewes. With thoughts of nothing but filling her belly with green grass Eeyore’s mum rushed out with not a backward glance for her offspring. Usually a ewe will remember their responsibilities and make amends by returning to collect their lambs. Alas this did not happen. Eeyore was quite chilled out, happy to slumber alone in the straw. Eventually we took Eeyore down the field to be reunited with his errant mum, her forgetfulness even shocking herself. They both seem much more clued up now, ready to move on.

The main flock has moved onto fresh pasture, as the grass is growing well. We put out some hi magnesium buckets hoping to avoid any cases of staggers. I was surprised to find that an early lamber who had not been dagged out, had uninvited guests in the form of maggots. Although warm days I had thought the nights too cold for this to be a problem. So fly repellant has been applied, ewes with crovect, and lambs with clik. We will aim to shear the ewes in eight weeks time.