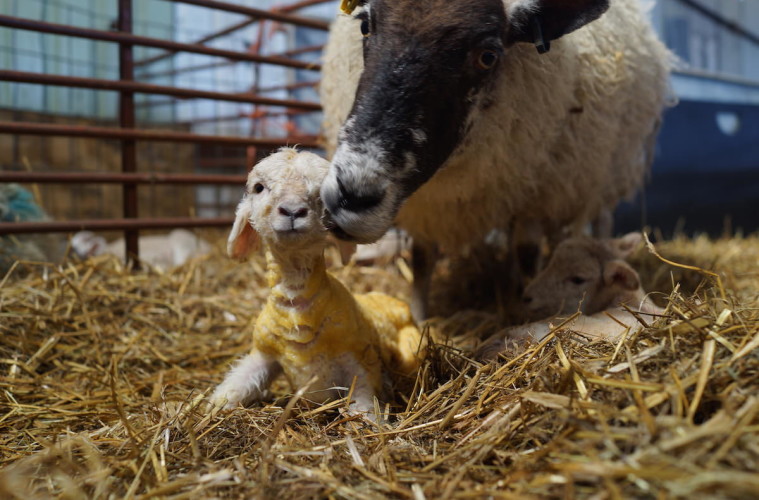 There was commotion in the middle of the field: one solitary newborn was receiving enthusiastic attention from 5 exuberant ewes. They had water bags swinging from their respective behinds, and all desperately wanted the lamb to take a drink from their own personal milk supply. So ardent were their licks and nudges that each time the lamb attempted to wobble to his feet, he was sent flying. I was amused but felt sorry for this lamb who was finding the situation confusing.  I decided to help him solve his dilemma. I took the mule and trailer out into the field.  Frequently ewes play hard to get, refusing to load into the trailer even with the enticement of their own lamb or cake. (Sheep concentrate variety, not chocolate or coffee) But today was memorable.  I put the lamb aboard and immediately five ewes piled in, all claiming to be Mum. I helped the little fella figure out which was mum and informed the ‘Auntie’s’ that stealing is a punishable offence.

Window shopping is simply not good enough. I advised the Aunties to just get on with their own delivery. No gain without pain. Some did just that, and one needed reorganising as she had two lambs coming together, jammed, so required help. No wonder she had thought an ‘off the peg’ lamb would be so much easier!  Another had a breach presentation, a large lamb delivered with the aid of plenty of lubricant and then awhile being suspended upside down to clear his airway. Eventually order was restored and all families happily settled into their respective pens. I’ve often wondered about ‘easy care’.  I’m sceptical, but I do cull hard and don’t keep trouble makers.

The night sortie to the lambing sheds was a different story. One tiny scrap of a lamb was gambolling around aimlessly, approaching each ewe in turn, questioning ‘Are you my mother ?’  Not one of the ewes showed the slightest interest. They looked positively horrified, at the very thought that they could be responsible for such a scrawny creature. Not that they are ‘sizest’ we all know that ‘amazing things come in little packages’.  I doubted that aliens had dropped this prize winner into our shed, so I set out in quest of the culprit. I found her tucked up in the corner, looking very smug, with two sizeable lambs beside her. When I suggested to her she might have mislaid her first born, she was having none of it. 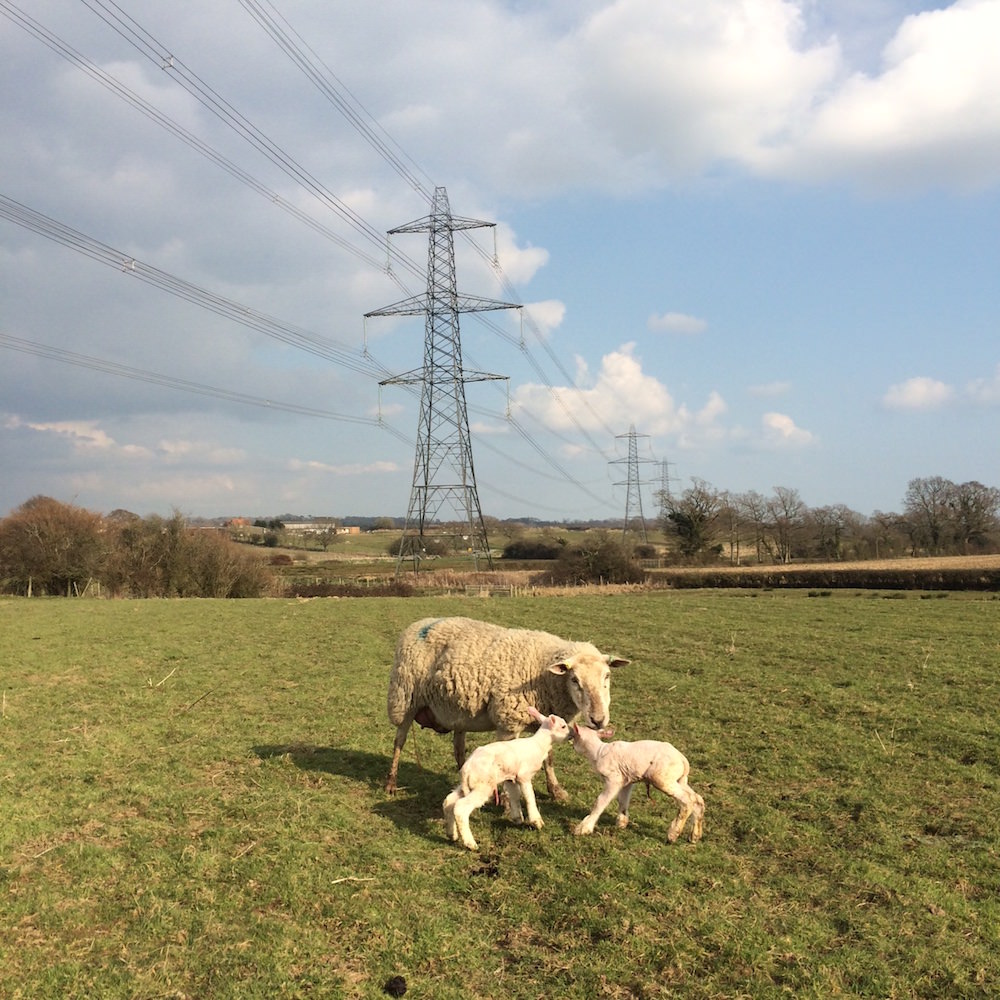 Fostering has been a problem as we simply haven’t had enough suitable candidates to add lambs to and therefore have collected more sock lambs than I would like.  Number 6 being one, her mum having disowned her.  The lamb posse were playing ‘king of the castle’ on the bank and No 6 managed to get herself hung up in the fence. She sustained two sizeable gashes, my wound-care and bandaging techniques coming in handy. She is now leader of the sock gang. I have resolutely declined all texts and phone calls asking me to work in A&E, in favour of the lambs.

We are down to the last 30 + stragglers.  Fred has escaped, tractor driving, using corn sowing as a justifiable excuse. The vet students have gone. Two very different girls, one from the country and one from London. I was exasperated when the latter, using the mule to bring the pregnant ewes in for the night, raced them up the field as if they were participating in the Grand National. The ewes arrived at the trough gasping for breath, one physically collapsed. The student was oblivious.  I would not want to pay vets fees for her services.

We have had several lambs develop lameness a few days after turn out, which is disappointing as the weather has been good and we have been extra vigilant about dipping navels with iodine and cleaning out pens etc. Every year seems to throw up a different challenge. To add to the mix, we had 5 days without electricity which was interesting!  UK Network employees, strong chaps all dressed in fluorescent jackets and hard hats, thoroughly enjoyed watching lambs being born and were very helpful holding torches, organising generators etc. It’s a different work world; they don’t half have a lot of tea breaks.