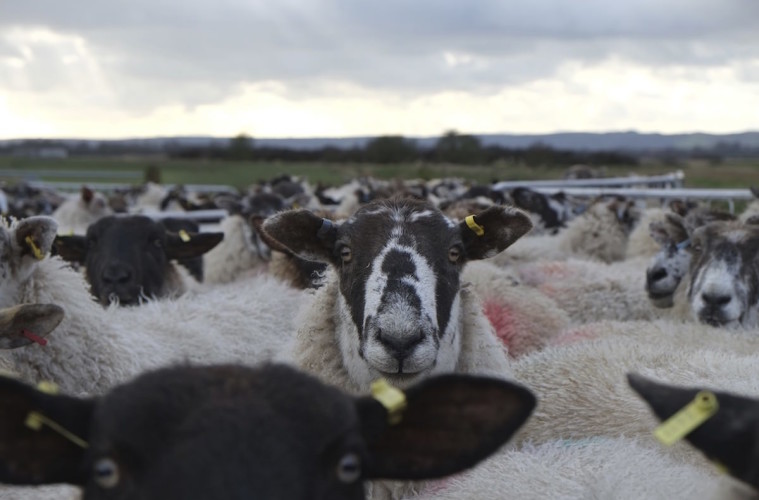 Over the years we’ve had some memorable ewes in our flock. When we first started to farm we used to run a ‘flying flock. Not that they took to the skies, but in other words, were not permanent. In the Autumn we bought in old ewes; tupped them; lambed them; then sold them with lambs at foot. This system did have its advantages: It made money. There was no shearing and no fly problems during the Summer – bliss! However lambing did provide challenges, but we were younger in those days. Invariably we ended up with some misfits, or sock lambs, requiring hand rearing. We did usually manage to place them. There was one lamb who couldn’t make up her mind whether to live or die, so I opted to make the decision for her. I marked her down as dead on the paperwork. Such was her character that she defied me, theoretically she didn’t exist. We had sold the others, so she was reared with the suckler herd, earning the name Cow-Sheep.

It so happened we skipped a couple of years ‘sheep wise,’ proving t we were more sensible in those days.   Cow-Sheep grew into a larger than life regal character and the cattle certainly developed a healthy respect for her. She had a lot of attitude, strutted around head held high, and, if a cow dared to cross her, she simply butted them out of the way. She definitely thought of herself as a cow. So when we next bought in sheep and placed her with them she was horrified, suffering an identity crisis. Eventually we persuaded her to accept they were her species!. Quickly she asserted her superiority and became a useful leader. She had an impressive maternal instinct, producing good lambs and doing them well. She lived to a ripe old age and It was a sad day when she died.

Whilst working diligently in the office, I was interrupted by the Wurzels’” I’ve got a brand new combine harvester,” ( I wish!) – the ringtone on my mobile. A fellow sheep keeper questioned, ‘Have you got an extra ewe on the Marsh? We’re missing one and can’t find a body. I wondered if it has swum the river?’

‘I Didn’t notice any foreigners, but didn’t get an accurate count.’ I replied. As we both run similar breeds I asked if this ewe had any distinguishing marks.

‘It’ll be the biggest and the best mule,’ was the answer!

‘ ‘I’ll look out for it and have a count when we pen them to give them their Heptavac P immunisation’. That has been done now and guess what, he is in luck. I’m going to enjoy choosing a special sheep to return. Perhaps he’d like the one that managed to drown itself last week? In actual fact we did put a mark on ours, well most of them. Had we achieved it there would be no dispute. But we discovered as we unloaded one deck that in our hurry to be efficient, we had forgotten to mark them. Just can’t get the staff these days.

We check our sheep, 24/7 and nine times out of ten all is well but have you ever noticed how on that one occasion when you have been delayed, that’s the very time that one gets caste. As I walk across the field with sinking heart as I see four legs pointing skywards an inflated woolley body and a mountain of pooh. I reprimand myself for not arriving sooner and look for a twitch of the ear or shake of the leg. Some you win and some you loose. I reckon they do it just to wind me up.. . .? 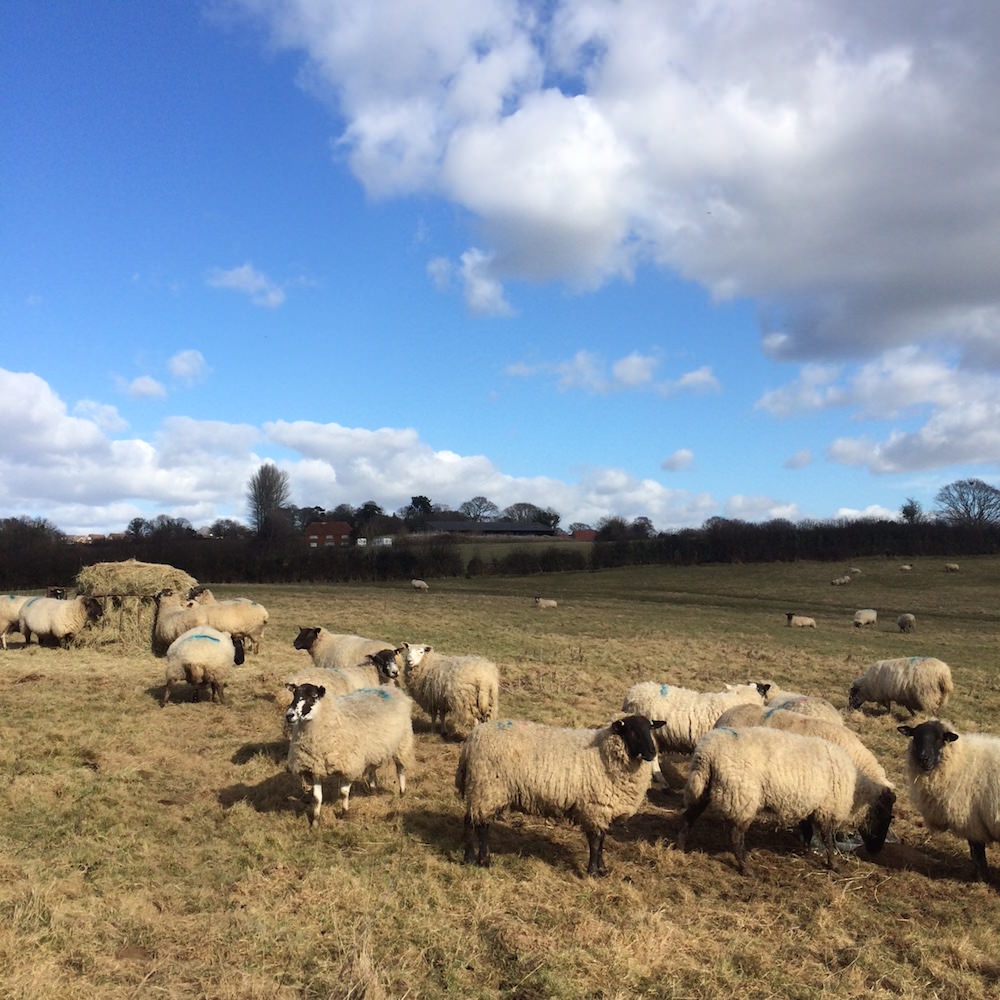 Arriving in Hailsham with my hoggets recently I was informed ‘ price is down,’ for two reasons. Firstly the Greek anti austerity party had won their election, thereby weakening the Euro. Secondly, it was raining and wet fleeces weigh more. Allegedly this combination equals price drop to the producer. Silly me. Why did I not know this. If I had known when I put the tups in, but I didn’t. farming is so unpredictable. The weekly variations of prices in market are a complete mystery to me and I admit to struggling to figure it out. However, I’m of the opinion that when a sheep is finished it needs to be sold. On the plus side, cull ewes are certainly making good money, as are the store lambs. 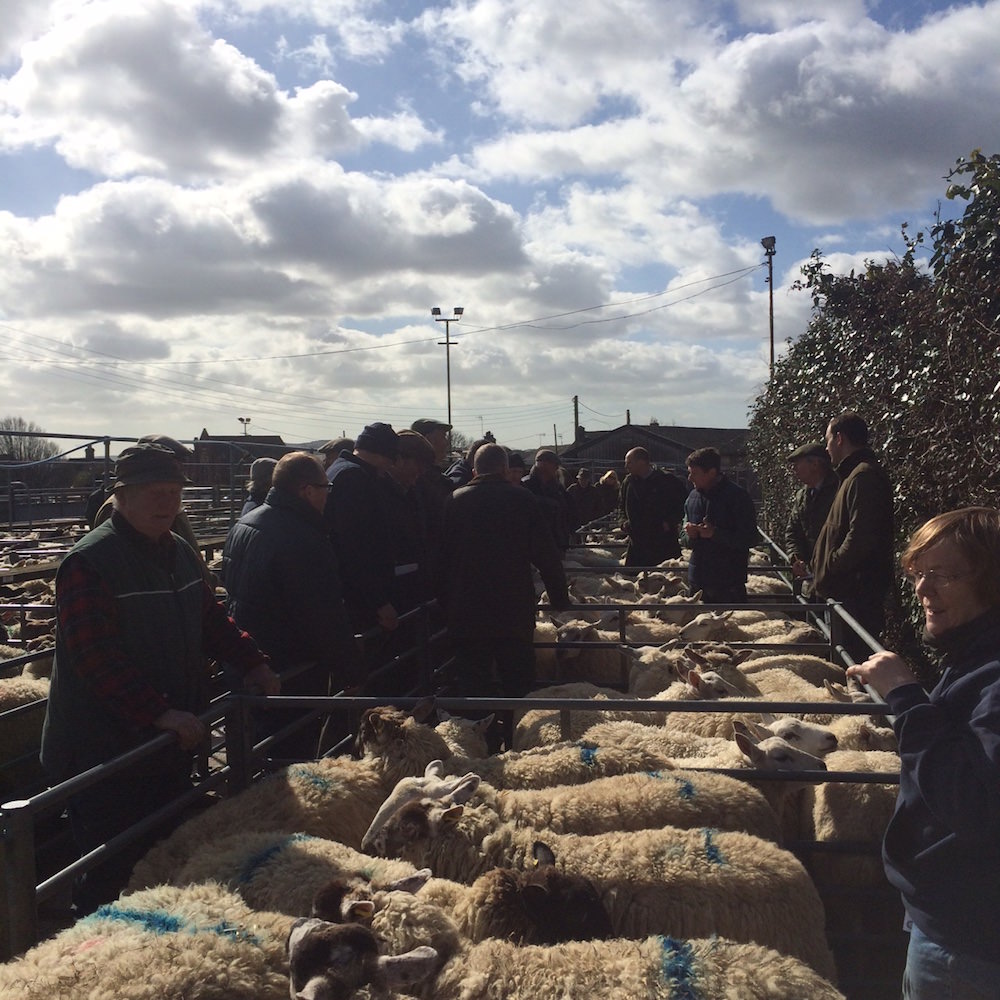 Lambing is looming ever closer, and there is much work to be done in preparation. We are putting feed blocks out for the ewes now. Counting the days to the arrival of the new generation with a mixture of hope and trepidation.