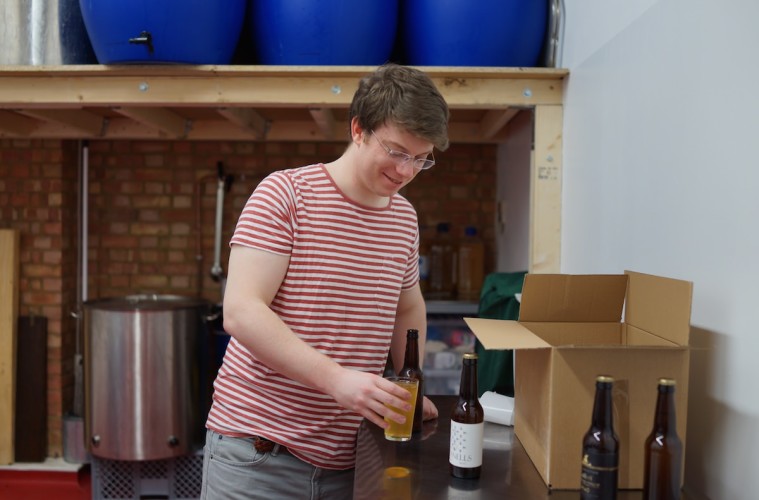 Read Interview
Can you give us a bit of background on what inspired you to start making Mead and how Gosnells came about?

On a few of my trips to the US (my girlfriend is American), we’d take trips up the East Coast and would always make a point of stopping at a few of the breweries, like Ithaca or Smuttynose. It was inspiring to see these craft breweries making great, small batch beers. I then came across mead, which, despite being one of the world’s oldest drinks, was fairly unknown a few years ago. Since then, craft mead production has really taken off in the US and, after a few visits to meaderies and experimenting in the kitchen, I decided to take the jump and produce mead full-time, in our Peckham meadery.

Mead is an old drink; it has a lot of history. Do your methods of production vary greatly from what they would have been, say, a hundred years ago?

It’s hard to say – as so many cultures brewed mead, the recipes and vary from country to country. Frequently, hops, spices or fruit were added to the original honey-water base before fermentation, which created a whole new range of mead drinks. But, we’ve gone back to the traditional base and, instead of masking the flavours of the honey with additives; we’re making a product that celebrates the simplicity of the drink and the sweet, floral notes of the honey. Recipes aside, we produce our mead using traditional methods, but we’ve added a modern twist with Gosnells, as it’s both sparkling and only 5.5% ABV.

In a beverage which is essentially composed of two ingredients, is there a lot of space for playing around with flavour short of adding extras?

We experimented with different mixes of honey, like citrus and lavender, until we found the perfect balance for our mead. It’s amazing how much flavour variance there is with different honeys, and there’s so many different varieties of honeys available there’s huge scope to experiment.

This kind of leads on from the previous: do you currently produce any flavoured meads – fruit meads, spiced meads – and if not, are you looking to head into this area in the future? If so, what is your favourite combination of fruits/spices?

We’ve toyed with the idea of doing a stronger spiced mead for winter, but for now we’re focused on our bottled product. On a visit to the US a couple years back, we visited the guys at Maine Mead Works and tasted some of their hopped mead and an ‘iced tea’ mead, both of which were fantastic and are great examples of mead done well.

This one’s a two-parter. In Norse mythology there was a drink called the ‘Mead of Poetry' crafted from the blood of the wise being Kvasir. It turned whoever drank it into a poet or a scholar. How do you even begin to compete with that?

No promises Gosnells will turn its consumer into the pre-eminent scholar of the 21st century, but I’ve heard that it always helps in the pub quiz.

What excites you most about the future of mead production?

It’s exciting to see more and more real mead production. Not the mead you’ll find in castle gift shop, but mead that’s produced with original ingredients and traditional methods. It’s always great to have more producers – we all share and can learn from each other.

It seems important to take a minute to appreciate the incredible vocabulary associated with mead and its variants. Brief research uncovers a few stunners: cinnamon cyser, apple metheglin, melomel, grape pyment. What is your favourite mead-related word?

You’re right there are some great words associated with mead (mostly differentiating between the extra ingredients added to the honey to ferment. My favourite word has to be Bochet – a type of mead made with honey that has been caramelised before being fermented – definitely something we’d like to try!

As people who have probably had to be quite inventive in finding new ways to drink mead, (I’m guessing all those experimental batches didn’t drink themselves!) what is your favourite mead cocktail?

We often replace champagne or sparkling water with mead in cocktails. One of our favourite combinations is to top off a glass of mead with a splash of passion fruit and a squeeze of lime.