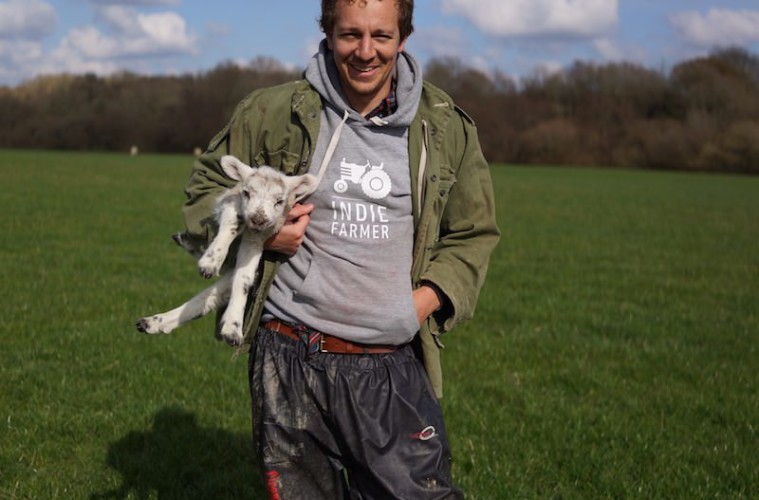 What is Indie Farmer?

It is an online lifestyle magazine celebrating independent farming and artisan food culture.

Our aim is to tell inspirational  stories about sustainable small-scale food and drinks producers. Being  based in Hackney, London – we’ll be focusing mainly on local food stories from urban beekeepers to rooftop gardeners and sour dough bread makers with the occasional visit to farms in the countryside and overseas.

How did you come up with the concept for Indie Farmer?

It has been a recurring concept I have returned to over the years. For me a landmark moment was the success of the the Yeo Valley Rap YouTube video which became a viral hit and was aired during X-Factor commercial breaks.

It did wonders for Yeo Valley and more importantly helped change the face of farming in the eyes of mainstream consumers. Since then farming has become increasingly vogue with a number of farming celebrities such Jimmy the farmer, Alex James and Adam Henson all increasingly in the media spotlight.

It wasn’t until the summer of 2012, when I took up an opportunity to work ‘client side’ within the farming and food industry, that I began to think seriously about my own startup venture within farming.

During this time I started helping out more at weekends on the family farm and photographing my experiences of farm life. Noticing a growing trend of professionals like me drawn to a more ‘authentic life’ and the popularity of my pictures on social media I started to think about setting up a hobby farmer blog.

Cue the horse meat scandal in early 2013 and I decided this was too big an opportunity to ignore. I came up with the brand name Indie Farmer and set about to turning my concept into reality.

When are you planning to launch?

We currently have a holding page up here and the full website is due for completion towards the end of March. So, all being well the plan is to launch the full website at the beginning of April.

What are your immediate plans for 2014?

Build a bigger team and work on content – we’re a startup and looking for ‘partners’ from brands and organisations connected to food and farming to writers, designers, photographers interested in working or collaborating with Indie Farmer.

Can you tell us about any exciting interviews or events coming up?

First up I am off to Oxford on the 6th of January for the Oxford Real Farming Conference and Oxford Farming Conference. There is a fantastic line up of speakers and topics that will definitely be of interest to the Indie Farmer reader!

Being followers of all things social we’re rather taken with the farming selfie or felfie which went viral in December – we’ll be doing a feature on the new craze with tips from some of the Irish farmers who’s photos have gone global.

And finally we’ll be pulling out the stops to get an Interview with Prince William, who is off to Cambridge University to study Agriculture for 10 weeks as he prepares to take over the Duchy of Cornwall…