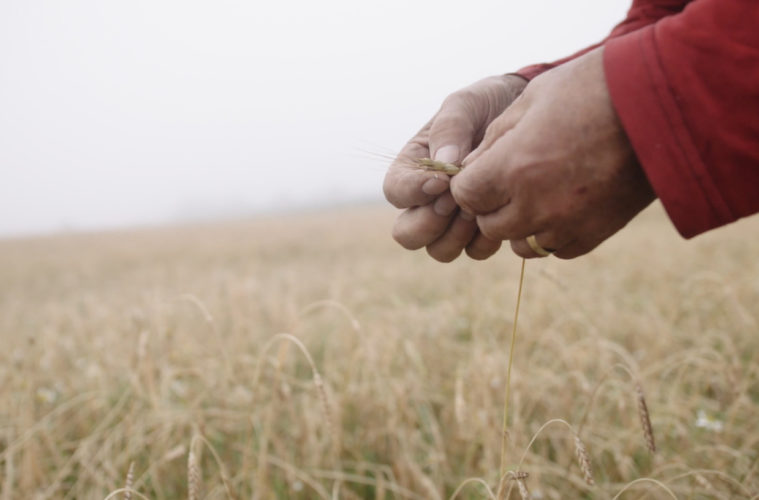 Film Review: In Our Hands

This timely film is a series of beautifully shot and deftly sketched portraits of small-scale agro-ecological producers commissioned by the Landworkers’ Alliance (LWA). 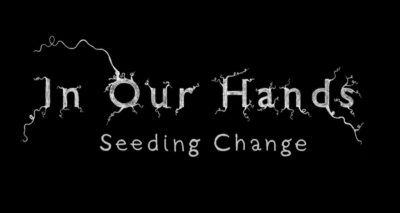 A wide and diverse group, this commissioned film is not some saccharine self-promotion by the LWA saying, “Hey, we’re great!” but rather a story of interweaving narratives that threads the wider idea of the right to farm in a way that is ecological, equitable and human.

In light of Brexit and the effects it will undoubtedly have on farmers across the UK, one of the core themes explored in the film is that of self-determination and how it is wedded to food sovereignty and growing food in an agro-ecological way.

Early on we are introduced to David and Gerald — two small-scale beef farmers — who share stories from the front-lines of how the industrial food model threatens the cultures, livelihoods and well-being of more human sized systems.

Throughout the film we meet those that are saying ‘No!’ to the dominant narrative of a food system where profit is king and all else is ploughed over in the name of progress. The farmers and growers featured are challenging what the film-makers rightly identify as the ‘myth’ of industrial food production and do a good job of illustrating how another way (of food production) is not only possible, but already happening here in the UK.

Between these portraits of producers key members of the LWA are interviewed giving viewers a well paced rhythm between the bigger picture and an insight into the lives of small-scale producers.

One brilliant scene is of the LWA’s creative stunt where a sit-in (and lunch) protest held outside DEFRA sees members handing out their policy paper, ‘Recommendations for Post-Brexit Agricultural Policy’, demanding a place at the table. As pamphlets exchange hands with harried civil servants and suited workers exit and enter the building, the creative protesters are also sat at an impromptu table with a delicious (and no doubts, ecological) looking lunch.

It is widely accepted that we produce more than enough food to feed the world’s population of humans. It is access, distribution and ownership of said food that are contested grounds. An industrial global food model cares little for individuals and the nuance of tradition, culture and people’s own ability to recognise and organise their needs, and seeks to dominate and control these routes to access, distribution and ownership. This is starkly apparent in the pursuit of Genetically Modified crops and the patenting of seeds. The argument peddled by industrial agriculture is that it can protect us against the vagaries of a changing climate and can feed the growing number of humans. Intensifying machinery, chemical inputs and land holdings is key. The convenient story of mass production and the alter of efficiency is not only one of the Great Untruths of our modern age, but looked at a little closer has the markings of an age-old story: that of ownership and control.

But as Jyoti Fernades, of the LWA, reminds us, seventy per cent of the world’s food is produced by small-scale producers. A fact that sheds light on the myth-making of industrial ag and the push to scale-up and produce more and more of fewer and fewer crops. A much more diverse and colourful reality stands in direct opposition to what we’re told, which, in the context of the UK, an industrially developed land, may seem hard to fully appreciate. However as ‘In Our Hands’ so movingly illustrates this active resistance is taking place here in the UK.

From OrganicLea on the outskirts of London, producing local, seasonal veg to Grown in Totnes, who are re-defining what ‘local’ means to the Real Seed Catalogue in West Wales, committed to educating and encouraging home seed saving the film showcases a fertile and creative group of people and organisations who are taking control and ownership in their own hands.

Farmers and producers deserve much more respect and recognition than they currently do which In Our Hands goes a long way to demonstrating.

As Gerald, the affable seventh generation farmer, and active anti-GM organiser, reminds us:

“In one’s lifetime one might need a solicitor once or twice, a doctor possibly once a month, but a farmer you need three times a day.”

Show this film to those that having a passing interest in where their food comes from. Seek to start a conversation about why food and farming is so fundamental to us all. Use this film as a tool for demonstrating that a more colourful, diverse and inclusive world is a reality we can all subscribe to.

To organise a screening get in touch here: http://inourhands.film

To find out more and join the Landworkers’ Alliance: https://landworkersalliance.org.uk

Phil Moore is one half of the ELC communications teams. He tweets at @ecolandcoop

He is also one half of @permapeople — communicators, bloggers and producers of the online film series, ‘Living With The Land’