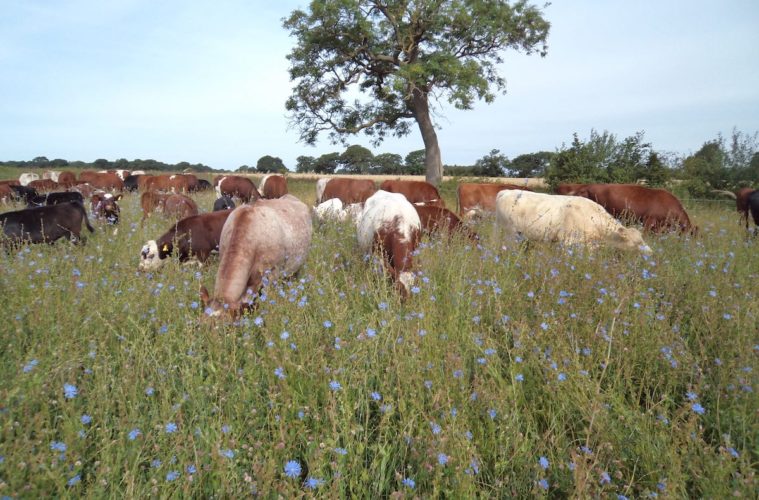 A groundswell of farmers around the world are working out how to farm in a more ecologically friendly way. One the farmers leading the farming revolution in the UK is John Cherry, who has set up a 2-day conference on his farm in Hertfordshire 28th and 29th of June…

A fabulous con-trick has been performed on farmers round the country. It all started after the First World War, when the munitions factories realised that, with hostilities ceasing, they had no market for their nitrates. Luckily for them, sprinkling ammonium nitrate on the soil resulted in exuberant plant growth and farmers needed little persuasion that this was preferable to making compost and spreading it and ‘artificials’ became conventional. A hundred years on ‘conventional’ farming has morphed into a high input/high output system and this is the con: everybody benefits from this except the farmers. And the soil. And the atmosphere. And the consumers. And land and houses in floodplains. And, well you get the picture, this system suits the people who make and sell fertiliser, chemicals and tractors, as bigger and bigger machines are needed to pulverise the soil into seedbeds as the humus has mostly been burnt off and more artificials are needed to supplement the missing fertility and fungicides etc are needed as the plants are weakened by being fed artificially and succumb to all sorts of diseases. 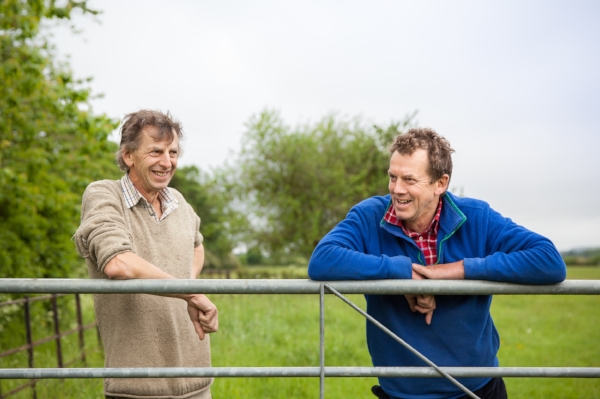 Luckily all is not lost…organic farmers have been ploughing a lonely furrow against the orthodox position, but ploughing, it turns out, isn’t very good for the soil. Living soil is a fantastically complex ecosystem with a dynamic food web, with bacteria and fungi at the bottom, through tiny insects, nematodes and arthropods which feast on each other and the microbes and up to the beetles and earthworms, the dominant soil fauna which we can actually see. All this operates far more effectively if the soil is undisturbed and protected on the surface by a mulch of living or dead plant matter. This is the rationale behind Conservation Agriculture, or No-till farming. A groundswell of farmers around the world are working out how to farm this way, without any help from the usual suppliers of agricultural advice.

This is how the Groundswell Show came about. We were fed up with the standard agricultural shows which promote business as usual. Talk of sustainable systems is no longer interesting, as we now know we can regenerate our soils and run a more profitable farm at the same time. So we are putting on a show that will highlight ideas and techniques that growers are using to improve soil health and save money on unnecessary inputs that damage the soil.

This is a show for farmers, put on by farmers, on a working no-till farm. On the second day, June 29th, we’ve lined up the main no-till drills for working demonstrations, we’ve got speakers talking in three different halls, discoursing on subjects relevant to everyone from experienced no-tillers to those thinking of making a change. They’ll be coming from around the UK and, indeed, the world. We will have a working rainfall simulator which should show the effect of a two inch rain storm on similar soils that have been treated in different ways. We also have a range of other machines, cover crops and products on show, that may help perfect our systems.

No-till is still something of a novelty in the UK, but in other parts of the world, there are farmers who’ve been doing it for thirty years or more. Many of these have found that their soil is now so fertile that they don’t need any fertiliser or fungicides, insecticides etc and only spray on herbicide every now and then to clear the ground for a new crop. These guys use a lot of cover crops and now the most forward thinking ones are re-introducing grazing animals back into the arable rotation. This has been described as a game-changer as it appears to rapidly speed up the accumulation of energy in the soil, continuous living cover sucks CO2 from the air and turns it into sugar, via photosynthesis, a lot of which is then fed into the soil via mycorrhizal fungi and ends up as humus. Animals eating the cover, trample and pee and poo on the ground which all feeds the soil food web, improving fertility and growing healthy plants and animals.

This is the rationale behind the Grass-Fed Day, day one of Groundswell on the 28th June. We again have a range of speakers talking about different ways of getting animals back on arable land and about new ways of grazing cover-crops and pasture to maximise the benefits to the soil and the grazing animals. We are working with the Pasture Fed Livestock Association to promote the qualities of pasture fed animals. If you think about it, it’s not surprising that animals fed what they are designed by millennia of evolutionary improvements (ie grass and herbs) are going to be healthier than those which are forced to grow fast by a high energy diet that they can’t really cope with (eg grains). Hence pasture fed animals taste better and are better for us (with the perfect balance of amino and fatty acids in the meat). So there will some chat about how you can join this revolution as well.

Farming can be a lonely business, especially if you strike off away from the ‘conventional’ ways. One of the joys of last years show was the banter between the early adopters who had all come together in a field in Hertfordshire to share knowledge and ideas. Talking to others who are working out their own ways is as valuable as listening to specialist speakers and so, if you want to join the Growing Revolution, come to the Groundswell Show!