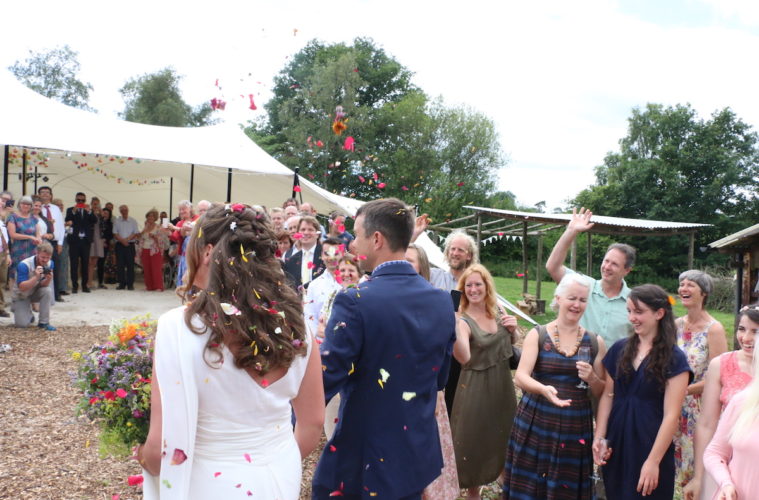 First generation Farmer Gala Bailey Barker is back with a special catch up edition – packed to the Plaw Hatch rafters with news..

It’s been so long since I last wrote this post, summer has nearly passed in its usual blur of dust,  moving sheep, silaging, inching the cows up the track and trying to keep hold of many threads.

We had a very successful summer calving block, leaving us with six more beautiful girl calves who will become milking cows in time. We also had one very dopey little Sussex boy calf who got lost several times on his way to and from the field for milking. Calves have an extraordinary ability to disappear in a patch of long grass. You can walk by them without being any the wiser and a few times we ended up with a small crowd of people hunting round fields and up and down the track for the little fellow.

Johannes (arable farmer) and Anna (farmer and school teacher) were married on the farm in July; a wonderful day involving a comic stunt with a Fendt tractor. Anna in farm overalls dropped Johannes at the cow barn church and drove off at high speed before returning and  demanding who was getting married but shortly returned to peel off her overalls to reveal her beautiful white wedding dress underneath.  The weather was perfect and after the wedding we paraded down the farm track to the chicken field where we had drinks and canapés before sitting down to a meal made almost entirely from Plaw Hatch ingredients. Tali made a beautiful cheese-cake and Anna’s sister made the largest and most delicious chocolate cake I have every seen. 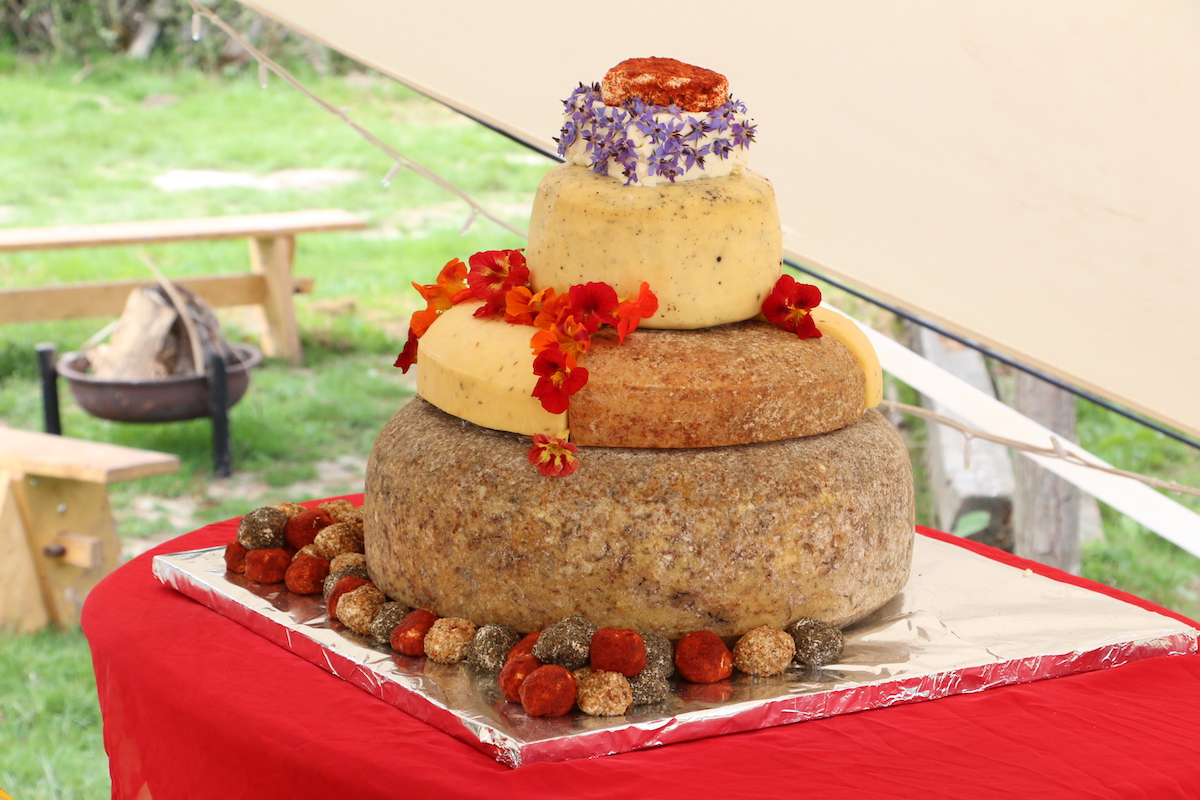 Unfortunately several of us missed most of the speeches as Nir came hurriedly over and whispered that a calf was being attacked by dogs. Nir, George and Daniel set off at a sprint up to the top of the farm I started after them but then remembering I had the truck ran back and revving more than I should have, dashed up the hill. By the time we arrived the marvellous Ioonah (wife to Nir who’s the garden manager) had shouted at the St. Bernard and a Daschund until they had let go of the calf and run off. The calf had some rather nasty wounds to his head, neck and legs but nothing really serious. We were all a little shaken but soon recovered back at the wedding with some very tasty organic wine! The calf has made a  good recovery.

It’s been quite a challenging year with the sheep. There was a very early hatch of the very nasty barber pole worm, an intestinal parasite that cause sheep to die of anaemia. Unfortunately I was on holiday the week that it became a problem and came back to the news that we had lost two of our older ewes. On inspecting the flock I found three ewes with large lumps under their chins, the only visible symptom of the worm. I wormed them immediately and wormed the rest of flock the next day when I could get more help, thankfully that was the end of the losses.

The sheep love resting under trees.

We’ve had some great helpers this summer. Miriam and Barbara helped me through a week in late June when I was milking and also had to vaccinate and treat the sheep for fly strike. Working 16hr days I really couldn’t have done it without them or indeed George my partner, who put up with feeding me and not seeing me much. It was great having a primarily female farm crew for the week. Lilli and Laurens who were previously at the farm for 9months came back for the wedding and ended up helping me wean and separate the male and female lambs. Ruben who is soon to be our new farm apprentice through Plumpton College has been invaluable helping me with sheep and Johannes with land work.

A farmers work is never done

We had a one very long night silaging till 2am. Normally for us the silage process is as follows – mowing, followed by tedding (spreading the grass to dry), a night for the grass to dry and then a team of three – one person rakes, one person bales and the other wraps the bales. If there are not three people the same person can wrap and bale but two tractors are needed. Unfortunately this particular day our Massey 5455 was in being mended. Ruben spent the whole day raking before beginning to bale at about 5 pm. At this point I drove up with the telehandler and started wrapping. In the past I have baled and Johannes has wrapped. I quite enjoyed doing a different job, good practice for me to do more bale handling and we have a very nice McHale silage squeeze.

Our first hurdle was that the remote control for the wrapper was in the cab of the 5455. Luckily Johannes soon delivered this as manually controlling the wrapper is very time consuming. We got on pretty well until about 11.30pm. We were doing a field further from the wrapper so I was taking the trailer over and picking up a load to bring back and wrap. When I went to start unloading the final load, the squeeze stopped working and it transpired a bolt had sheared. Feeling very tired and hungry at this point we decided the only thing to do was make the 40min drive to the farm to get the Merlo grab. You cannot leave silage bales unwrapped, they reach very high temperatures and spoil. Having fetched the grab we proceeded to wrap them. Since I couldn’t pick up the wrapped bales with the grab we had to push them away from the wrapper by hand, all twenty-two of them! We finally got home just before 2am. Unfortunately for me the ewes decided to escape at 7am the next morning, which had me out of bed. Thankfully since they come when I call there was no running involved in getting them back. After all that pushing silage bales I was aching a lot!

It is now the season to start sending off the lambs for meat. Now that we have our own butchery we send 4 every other week. I also need to figure out which ewes will be leaving us this autumn, a decision I always find hard and have to make on purely rational terms. Normally lambing problems and lameness are the deciding factors but making the decision in a rational way doesn’t necessarily make it easier. However the cycle of life continues, next week the scanner will come to scan the spring calving cows and our two sows. On Tuesday I’m going to go and check out a Jacob ram to tup our first time lamber’s. And Izzy our new Saddleback gilt is busy growing up so she can produce some piglets somewhere down the line. We also recently had a new batch of day old chicks delivered and the ones we got around lambing time have just started to lay. Until next month….