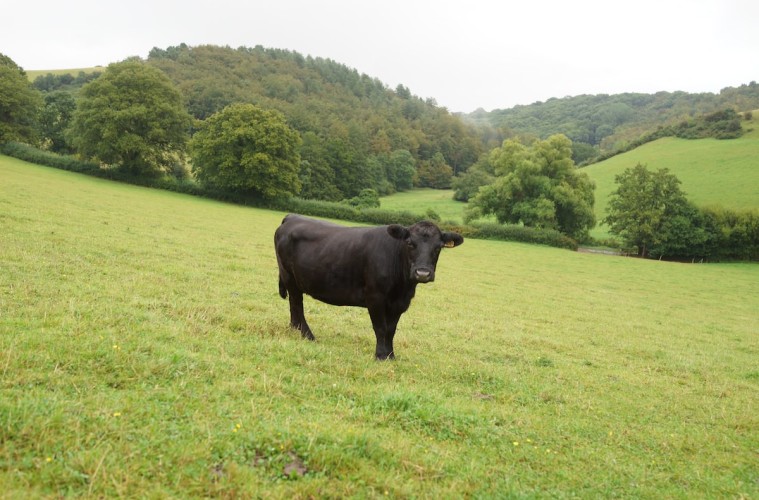 Book Review: Six Steps Back to the Land

Melanie Steele explores the key themes in Colin Tudge’s latest book, Six Steps Back to the Land, and invites readers to join the debate in our comments box – do these ideas ring true with you? Is the agrarian rennaisance already taking place? 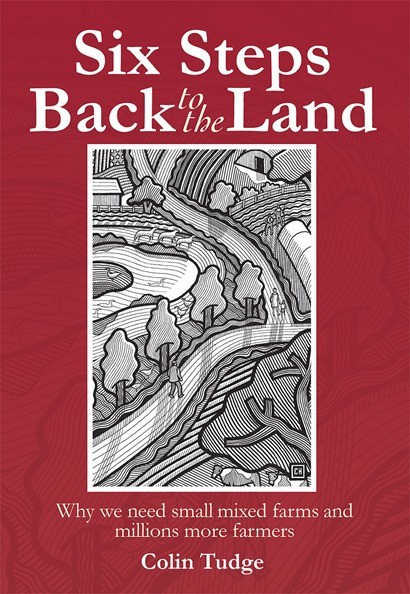 Colin Tudge, together with his wife Ruth, founded the Oxford Real Farming Conference in 2010*, and they also run the Campaign for Real Farming. But he is also a writer and Six Steps Back to the Land, published in January, is his latest book.  It’s a passionate and rousing read which exposes the cynicism of conventional wisdom in food and farming and summons us all to participate in a renaissance in agriculture.

Tudge dives straight in with his critique of how things are in Part 1, ‘The road to enlightened agriculture’. The following extract gives a good idea of his viewpoint:

“Agricultural strategy in the prevailing neo-liberal economy is shaped by the perceived need to make more money, more quickly, than anyone else – for all of us are required to feed our produce and our services into the global market and the market, by stated intentions if not in fact, is supposed to be maximally competitive, and money and market share are its only goals”. (page 26).

His problem with the market is the dominant position held by those with the most money: “in practice the market is dominated by an elite, an oligarchy, of corporates …” (27). He argues that ethics and morality rarely influence big business because the pursuit of wealth “trumps all other considerations” (61); eg environmentalists get called ‘eco-fascists’ 26 . And, above all, he believes that industrial agriculture interests have been responsible for perpetuating a myth about food supply. Their theory goes that the world needs more food fast because of a rising population, so ‘bigger’ farming is necessary. He debunks this argument as a myth, as shown by the conclusions of the IAASTD in 2008.** He argues that what the world actually needs, in terms of food, is a shift away from meat, less waste, more food sovereignty and shorter ‘food chains’ involving smaller businesses.

Tudge wants change, but he doesn’t want a revolution or the overthrow of capitalism – there will be no barricades in his agrarian renaissance! What he imagines is a grass roots transformation filtering upwards and outwards to create “a convivial society within a flourishing biosphere” (67). For Tudge ‘conviviality’ means social values based on co-operation, an economy in which he claims (possibly tongue in cheek!) “petit bourgeois is emerging afresh as the great desideratum” (74). So, rather than globalisation and cut-throat competition he pictures small to medium enterprises trading chiefly in national markets, making a profit but also delivering social benefits. Investment will be ethical, ownership can be private, government or community, but all businesses will respect nature and the environment, which he prefers to call the biosphere.

Tudge studied biology and his second major theme in Part 1 is to question the lack of an ethical perspective in much applied science and technology. He observes that modern business generates scientific ‘wow factor’ at the expense of animals, green space, employees -“gung-ho science of the kind that has brought us the 10,000 litre cow and GMOs is perceived to be ultra-modern but in truth, conceptually, it is seriously old-fashioned” (77). Recounting what he calls “the Enlightenment belief” in the capacity of science to reveal the absolute truths of life and the universe, Tudge counters that “a truly modern philosophy of science should encourage humility” (77). He does not believe that living systems can be explained purely in terms of chemistry, and he questions the fusion of present day industrial farming with powerful corporate interests who made their money out of agrochemicals and who now fund genetic research, sell patented seeds/semen and a range of livestock medications that they advertise to their farming purchasers.

The net result is the industrial farming we know and despair of now: an approach which embraces more technology more of the time  (all on bigger units of land),  beyond the control of merely national interests and carried out despite the huge hidden costs (such as pollution and soil degradation) which accumulate in the biosphere.

In Part 2 (Agroecology) Tudge takes a very different approach. At the end of Part 1 he suggests that “the science that’s needed in the future [in farming] must be far more subtle than the kind we have now. Above all, we need the science of ecology, the most complex science of all, so we can work creatively with nature” (53). Part 2 attempts to show his readers how through the practice of agroecology.

He begins with agriculture’s raw material, soil, and summarises (with none of the science taken out) recent research into the incredible diversity of soil organisms and the unfolding understanding of soil mycorrhizae (chapter 5 on “fertile soil”). Then he shows why he thinks organic agriculture practice is the default position, although, rather refreshingly, he is not afraid to challenge orthodoxy in the organic agricultural world on scientific/pragmatic grounds eg when he suggests that the occasional use of herbicide as opposed to oil-hungry and soil mashing mehanical weeding may be acceptable.

He argues that technology is vital, used appropriately, (eg controlling the gender of bull semen to achieve the right balance of male and female calves). He succinctly and completely convincingly makes the case for livestock welfare. He is also good at reminding us that arable is absolutely crucial if you want to produce food which really is a staple of human life, whilst fields of horticulture are immensely productive per unit of land in terms of variety of crops.

Without criticising vegetarians or vegans he makes a strong case for mixed farming, in which grazing livestock live on fields that are not suitable for growing other crops, or are down to grass in a rotation, or need the manure that livestock brings (all of which apply to quite a lot of rainy Britain). Hence he believes that market gardens are all the better once they include some chickens and pigs to add to the ecosystem and improve the soil, and better still if they can expand and grow some grass/cereals and include grazing livestock.

He reminds us that if we are going to eat to nurture the biosphere then that diet had better include a balance of foods that come from plants and animals in mixed systems of agriculture, with the majority of calories provided by the grains, and the smaller amount coming from a diverse range of fruit and vegetables and all parts of farmed animals. Those of you who have read The Third Plate (reviewed by me in Indie Farmer January) will recall these arguments!

In Part 3 everything gets tied up to explain how we can get to his vision of a million more farmers in Britain participating in an agrarian renaissance. Just to recap, this renaissance will involve farming practice that is “a judicial balance of traditional practice, evolved and honed by many millions of farmers over many centuries, and the insights of modern science” (120), which also respects the biosphere and contributes to a convivial society through its place in food culture and good business practice. Now he gets around to those six steps of the title, and they are in essence his manifesto of how to become a renaissance farmer.

Here is a very brief summary!

Precondition: before you take the first step. Know about how to grow plants (if necessary using a window box and pots). Then from step 1 to step 6 –

1.  Have a market garden

2. Add livestock for a smallholding

3. Add some grazing and grazing animals for a mixed farm

5. Run all of this together as a mixed farm

6. Connect with the community through employing people and getting into food chains locally.

In Parts 2 and 3 Tudge also describes some actual businesses who exemplify his ideals – market gardens, mixed farms, a micro-dairy, community agriculture enterprises, not to forget micro-brewers, small butchers and millers, the community of interests in a vibrant local food culture, all supported by the very important and under-celebrated dedicated home cook.

And last of all, after some further practical tips on how to raise money and buy land, he ends with a typically rousing vision of Britain’s farmland being owned by the British population (though I’m not sure many existing farmers would be so keen!)

What do you think?

We run a mixed organic farm (land owned by extended family) and Tudge’s analysis rings true most of the time. What do other readers think? Could his ideas kick start an ‘agrarian renaissance’? Is there already a renaissance taking place? Leave a comment below and join the the debate.

Further information about Colin Tudge can be found on his website (http://www.colintudge.com/index.php).