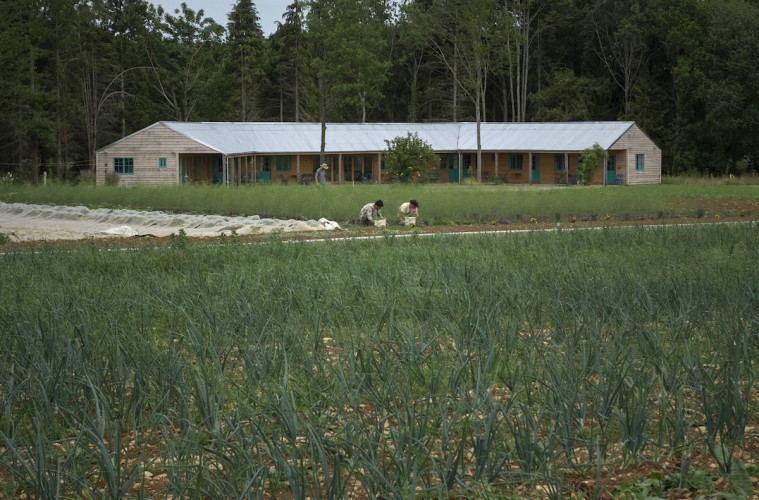 Walter Lewis is an independent photographer who spent the best part of 2015 travelling around England and Wales photographing people operating in the ‘indie farming’ space. The aim was to produce a body of work which would both be an archive and provide a basis for stimulating public discussion of food sovereignty related issues. A web archive, book and exhibition is planned. He gives us some background.

The project was born out of a desire to challenge those – the majority – who make minimal effort towards creating a more sustainable and fair world. I am intrigued as to the processes whereby the majority of people will agree there is an environmental problem in the world, but then few of that same majority make worthwhile effort to change their way of life. It is well documented how we create ‘licences’ for continuing as normal by making token changes to the way we live. It is as if knowledge and belief – mind and heart – have become separated. 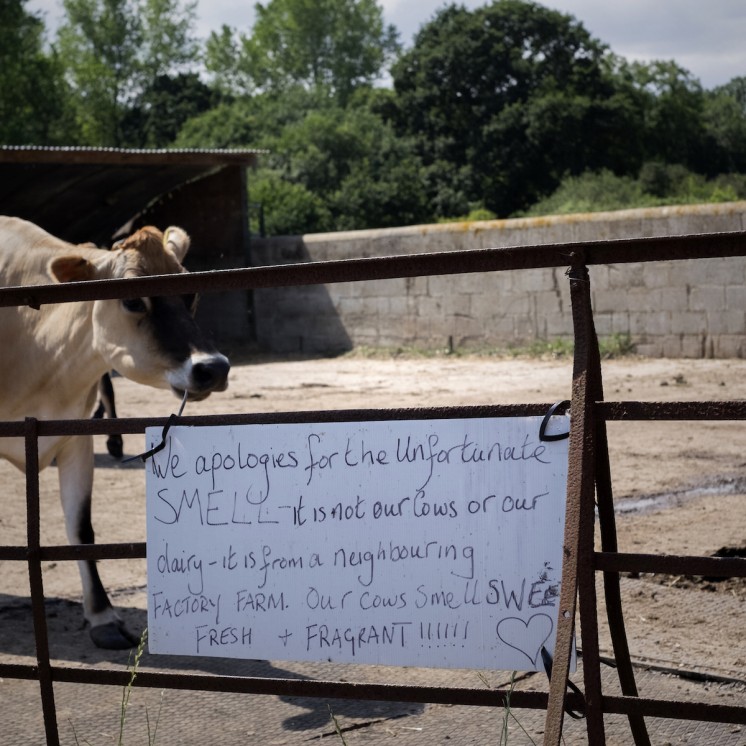 I took up full time photography in 2011 when I ‘retired’ from a career in technology management. After studying for my MA at the University of Sunderland, I began making work which was about my own relationship with world around, hoping that it might challenge others to question their own relationship. It got somewhat esoteric – wandering around Ilkley Moor for example, essentially in Wordworthian contemplation. I sought a more concrete modus operandii!

Eventually I had a eureka moment, realising that every mouthful of food that we take is a fundamental statement of how we feel about the world. Mindless shopping in supermarkets parallels a mindless approach to the impact of our living. So it was I contacted Ash Wheeler as secretary of the Land Workers’ Alliance. He put me in touch with Alexa de Ferranti at Lower Hewood Farm near Chard. Alexa is both organic farmer and artist, and invited me to spend a week in her artist-in-residence pod and just mingle with the LWA activists in the area. 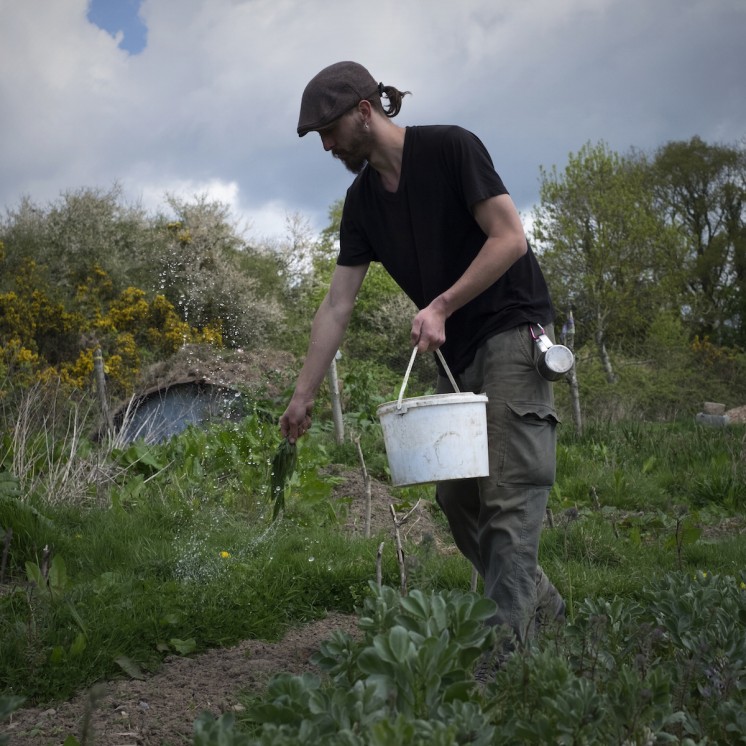 It worked a treat. By the end of the week the details of a project were more than taking shape. The idea was to make contact with say 15 to 12 growers and farmers around the country and to embed myself with them across the seasons. I thought it was important to cover a wide geographical area as it is so easy to write off a story of the odd one or two as just ‘the inevitable freaks’. This was to be about a consolidated view of a movement that was far from freakish, rather, to my mind, heroic. 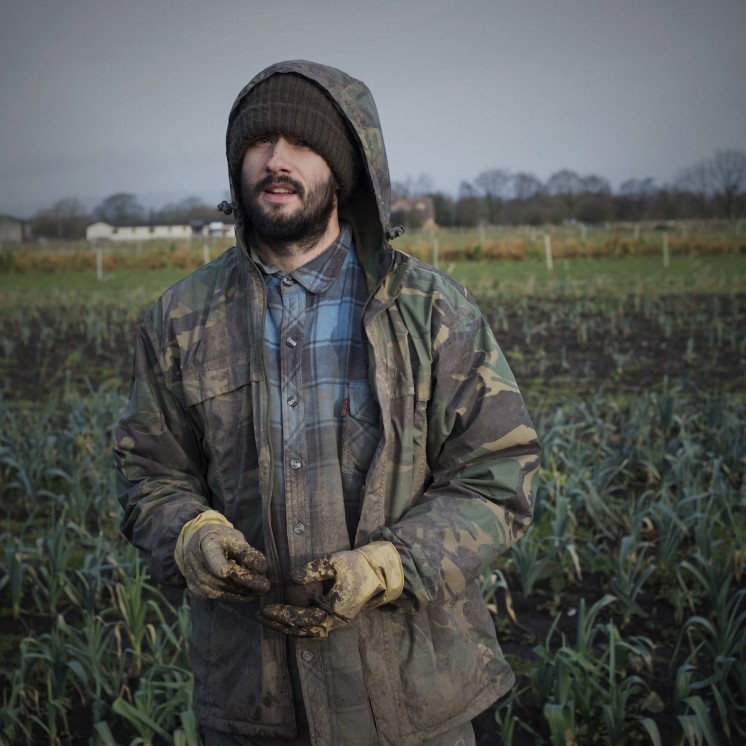 It was during this week that I realised that the implications of challenging the provenance of food went beyond a physical environment issue. Choosing local also means eating seasonally – so restoring the awareness of seasons, something which I think is missing in life today But more than that it was also about our internal, mental well being. Being closer to the land provides something quite indefinable yet real to our inner workings.

What I didn’t realise was how every time I went on a visit I would come away with more names. ‘Have you been to X, Y or Z?’ was a common comment. What started to emerge was an extensive network of indie growing, somewhat below the visible horizon, driven as it was by a passion to grow rather than an interest in running a business and doing ‘marketing’. It wasn’t long before I had to start prioritising, which was mainly by focusing on the West Country, London, the North East and around West Yorkshire where I live. Towards the end I also added Oxford and surrounds. In total I visited over 80 operations and made over 200 visits. I have now got 7,000+ photographs to work into archive, book and exhibitions! I suspect that fewer than a 1000 will really be used!!!! 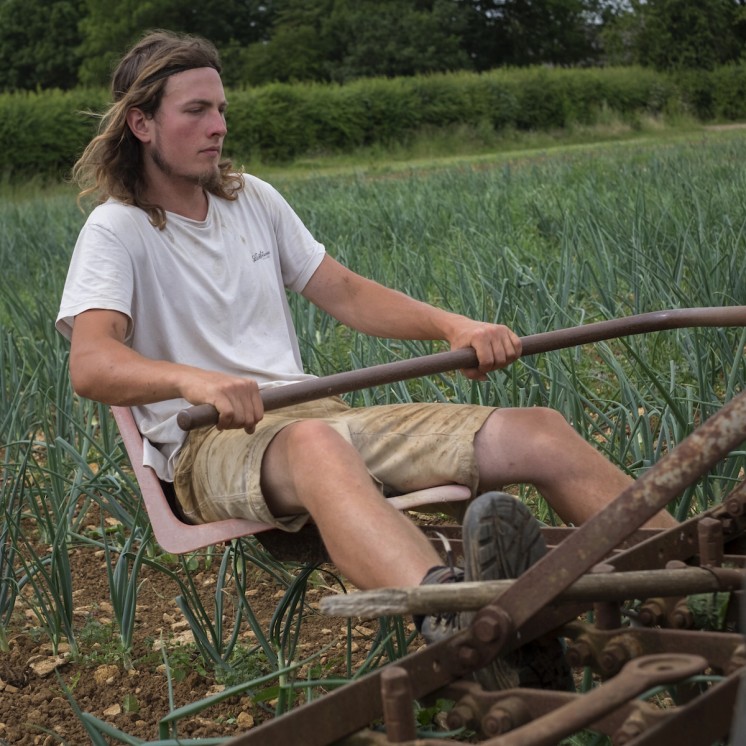 It is difficult to talk in terms of highlights. Virtually nowhere that I visited was quite like I expected and so the excitement of the unexpected permeated every visit. The passion and commitment of everyone involved was also quite awesome. I feel humbled and privileged to have ‘stumbled’ across such people.

If I had to mention a few places, they would be those which are at the periphery of a spectrum and stand out for that reason. So for example, the experience of visiting Yorkley Court in the Forest of Dean – a squatting community who moved to unused farmland 4 years ago with the help of a local business man, Brian Bennett. The same guy has then gone on to buy the land and invited his old friends to leave! Not a chance, they are barricaded in like nobody’s business and have been resisting the bailiffs since February last year. It was quite mind blowing to be with them planting their field, such a statement of hope for the future. 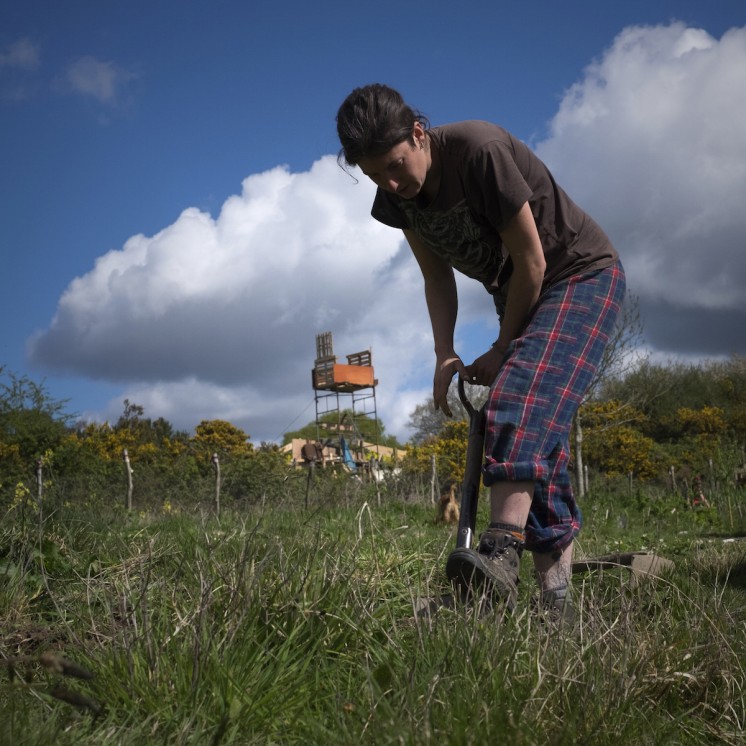 I saw similar hope at Moss Brook Growers in Leigh where Stuart, Rob and Carl lease land owned by Unicorn Co-op. When I visited in January, they had had three seasons there, none of which were financially viable. They were therefore planning to take a year off and research a new businesses model! And, if that wasn’t enough, I was to see them planting 100’s of apple trees to round of immediate operations. Hope and commitment, or what?

Equally there is Abbey Home Farm near Cirencester. This is a real commercial concern, BUT it is done with no compromise to sustainable and ethical principles. An example of really making it work financially. The farm is around 1600 acres and has cows, pigs, chickens, ducks, sheep, an Ian Tolhurst designed market garden, field vegetables, its own bakery, its own butchery, and is selling much of the produce through its farm shop. The afternoon I was there I struggled to find a parking spot on a car park for in excess of 50 cars! 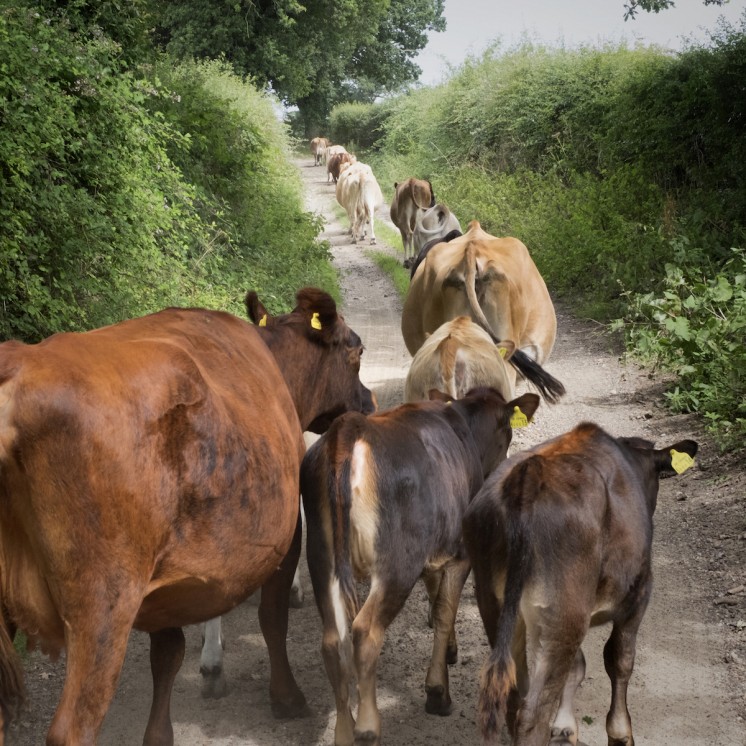 On The Way To Milking Calf at Foot Dairy

I also can’t not mention the unbelievable Fiona Proven at Calf At Foot Diary in Suffolk, where single handed Fiona is developing a commercial micro-dairy where the calves are not forcibly separated from the mothers. Her passion is unbelievable. 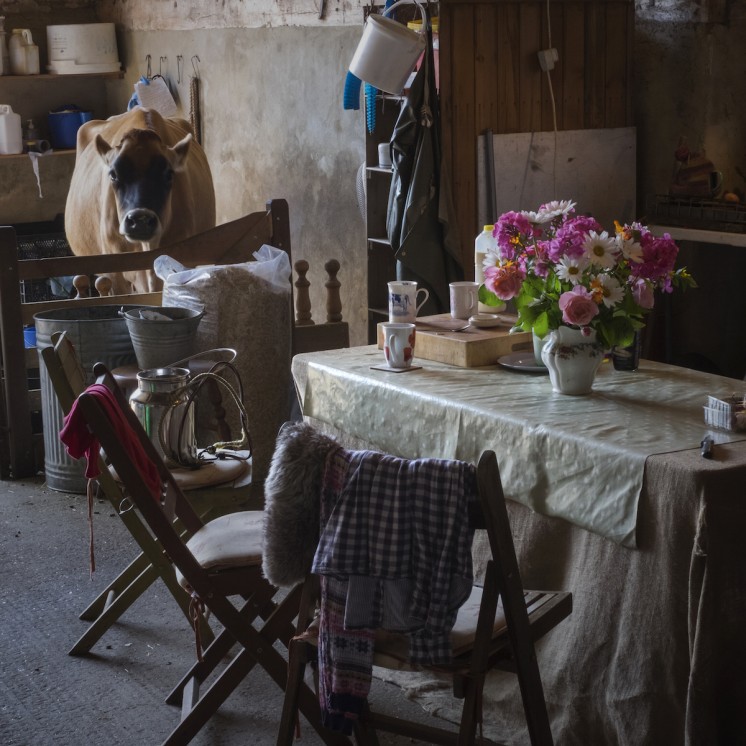 Seriously, I shouldn’t be naming names, everyone has imprinted their own specialness on my mind. Really if you are interested, just follow me through the blog which will form the archive of the project. Its at Feeding Body and Soul and every visit is being allocated individual space with a brief narrative and pictures.