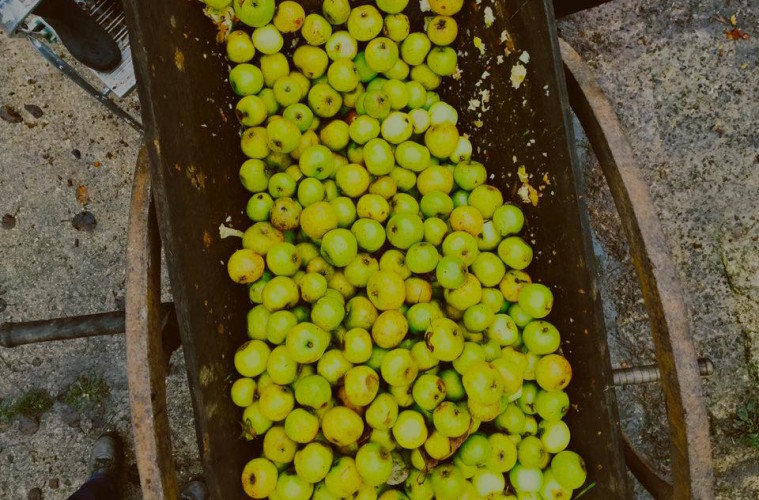 The Wonderful World of Cider

Michael Harding explores the wonderful world of cider, from it’s traditions to some of the lesser known varieties (and the best places to sample them), along with a brief lesson on how easy it is to make and a fitting description by ‘Cider with Rosie’ Novelist Laurie Lee..

What does this litany of fantastic names conjure up when you recite it? Are they rare species of butterflies? Exotic birds? Flowers? Extravagantly named racehorses perhaps? No, this wonderful list represents just a few of Britain’s traditional cider apple varieties. There are thought to be around 360 distinct varieties of cider apple in Britain, although many of these are restricted to just a few trees in individual orchards. Their flamboyant names reflect local people, places, dialects, and the appearance or taste of the apples, and just hearing them read out brings a smile to my face as I think of the apple growers and cider makers who first named them. 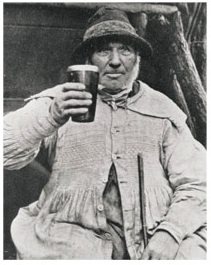 The cider tradition in England goes back centuries; the first mention of cider is in a Royal Charter from 1230 giving the Bishop of Bath the income from a cider press (and there is still a Church connection to cider – the monks of Ampleforth Abbey own the country’s northern-most commercial orchard in Yorkshire and produce a cider there). It was of such importance in certain districts that babies were baptised in cider, and farm labourers were given four pints a day to keep them refreshed and happy! Unfortunately the fortunes of cider waned with the years, and some cider orchards were grubbed up in the agricultural depressions of the early twentieth century, meaning some cider apple varieties were lost forever. Happily, there has been a recent rise in popularity for cider, and many new cider orchards have been planted in recent years. We should all celebrate the resurgence of this great drink!

Cider apple trees are divided into four main types based on their taste characteristics; Sweets, Sharps, Bittersweets, and Bittersharps. Traditionally cider makers blended the juice from a number of different apple varieties to get a cider with the desired strength and taste, a highly skilled job and one only learnt from long years of tasting and blending. Cider is still made with blends of apple juice today, although single variety cider is also available. Some cider connoisseurs, myself included, maintain that cider made from a number of different varieties (when made well) is more complex and rounded than single varietal cider, although others like the way that single varietals allow you to taste the essence of a particular apple. ‘Foxwhelp’ and ‘Red-Streak’ were particularly esteemed single varietal ciders in the seventeenth Century, and although these are not available today (as far as I know), other single varietals certainly are. 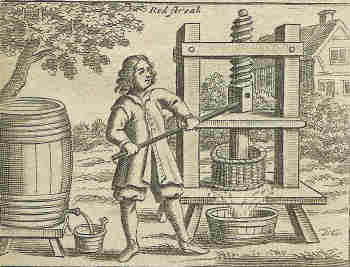 There are two main styles of traditional cider in the UK, the West Country style and the Kent/East Anglia style. The West Country style, the most popular, is made with specific cider apples as described above. The main cider producing counties working in this tradition are Somerset, Devon, Herefordshire, Worcestershire and Gloucestershire, and there are hundreds of producers, big and small, in these areas. The Kent/East Anglia tradition is slightly different, and uses eating and cooking apples (of which there are also hundreds of varieties), giving a cider that is lighter in body and flavour, with cleaner, more vinous notes to it. Biddenden is a good example of this type.

In the past, cider was produced and consumed in other regions as well. In my own county of Sussex, not thought of as a cider county, the Charter Rolls of 1341 listed 80 parishes where cider was made (although the dominance of the West Country was evident even then – 74 of those parishes were in West Sussex, and only 6 in East Sussex!). Beer gradually displaced cider over much of England, however, and by 1841 there were no commercial cider makers left in Sussex. In recent years however, people all over the country have realised the benefits of this traditional drink, and I am happy to report that there are now a number cider producers in East and West Sussex, including the excellent Gospel Green in Haslemere and Hunts of Sedlescombe, who produce very different but equally delicious ciders.

Of course, there is the other main type of cider produced in Britain, the mass-produced, pasteurised and carbonated type, sold in off-licenses across the country. Strongbow and Blackthorn are two well-known ciders of this type. This is made with apple juice concentrate and added sugar and, while it can be a refreshing drink if ice cold, has none of the depth and complexity of a traditional cider. Incidentally, real cider should not be drunk ice cold because many of the apple flavours and aromas are damped down by very low temperatures. To gain the full apple hit from a pint of cider it should be cellar-cool, not ice-cold.

There are about 480 cider makers in Britain, ranging from huge scale factory producers to tiny farm gate enterprises, and each cider they produce is different. But where can you find all these amazing ciders?   Well, most supermarkets have a fairly large range of ciders, but these will still be from the larger cider makers. Many of the really different and exciting ciders are harder to track down. Try farm shops or farmers markets, or look on the website of CAMRA (the Campaign for Real Ale – perhaps an odd place to look, but they support traditional cider makers as well as brewers!).

Another good place to go is Middle Farm shop near Lewes in East Sussex. They have a cider barn with around 100 varieties of cider on tap at any one time, all available to try! All of these are from small producers, the barrels are lined up around the walls, with hand written labels with nothing but a name and a strength if you’re lucky, the only problem is that there are too many to try!

One of the best places to go and drink cider would be one of the four remaining ‘Cider Houses’ in Britain. These are essentially pubs that serve nothing but cider, and used to be common in cider districts, but have now largely disappeared. I must admit that I haven’t actually been to one myself (I definitely will one day though), but by all reports the remaining four all have a suitably apple-enthused atmosphere and are great places to appreciate our proud cider heritage.

The last cider houses are: 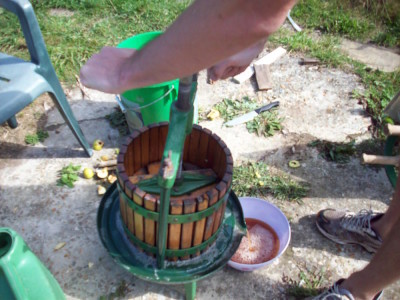 Of course, the other way to get a good pint of cider is to make it! Cider really is the simplest alcoholic drink to make. If you want to make cider I advise you to read up on techniques (there are some excellent books like ‘Real Cider Making on a Small Scale’ by Pooley and Lomax), but the basic instructions can all be reduced to a few sentences; crush some apples, collect the juice, leave it to ferment and then bottle it! There is no need to add anything, the natural yeasts present on the apples converts the juice into cider. When there has been a good apple harvest my mother makes cider using this traditional method using a mixture of eating and cooking apples, with a few perry pears thrown in for good measure. The result is a deceptively strong brew named ‘Badgerbite’ (not available for sale) that is highly sought after by those in the know! What could be more natural, and more delicious!

Perhaps the most eloquent description of cider was given by Laurie Lee in his chronicle of rural Gloucestershire life ‘Cider with Rosie’: ‘Never to be forgotten, that first long secret drink of golden fire, juice of those valleys and of that time, wine of wild orchards, of russet summer, of plump red apples, and Rosie’s burning cheeks…’ If that doesn’t inspire you to drink cider, then nothing will! Next time you have a picnic or go to the pub, see if you can find a local cider, I’m sure you won’t be disappointed.