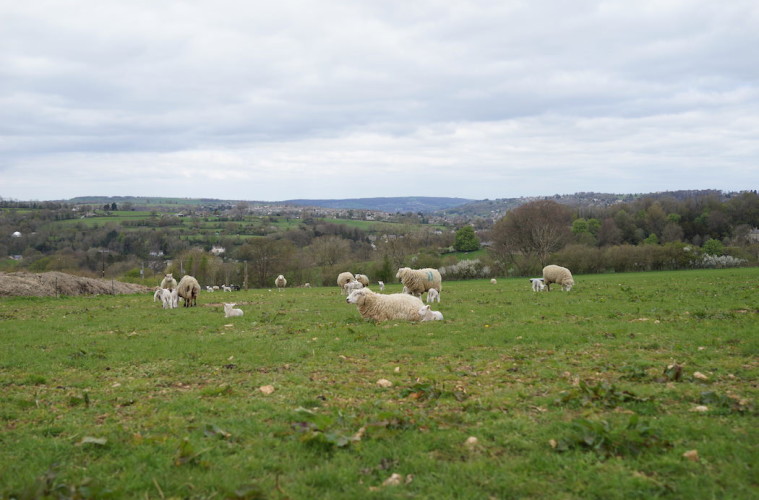 The 2016 annual Oxford Real Farming Conference will be the seventh. Six hundred and fifty people, including a high proportion of farmers, will gather in Oxford’s town hall to present and discuss new ideas in food and farming — the kind of ideas that are truly intended to ensure that everyone in the world has plenty of good food, and has control over their own food supply, and that the biosphere as a whole, our fellow species and their habitats, is kept in good heart.

But why set up the ORFC – when Oxford has already been hosting the “official” Oxford Farming Conference for the past 60 years?

Well, right now, worldwide, there are two rival views of farming. The ORFC follows the path of Enlightened Agriculture (“Real Farming” is shorthand) which acknowledges that the world already produces at least as much food as we will ever need (enough for 14 billion in fact!) – so we should focus now on food quality, mode of production (people-, livestock-, and wildlife-friendly), and on growing food where it’s most needed. This, after all, is what most people assume farming is for. The basic method is that of “agroecology”.

The second view says that “Farming is just a business like any other” and that its task in the modern, global, market economy must be to produce as much profit as possible in the shortest time in competition with all other farmers (and all other businesses) in the world. Emphasis is on productivity and cost – producing more and more in less and less time by whatever means are cheapest at the time. Crops and livestock are seen not primarily as food but as commodities.

This latter approach may be called “neoliberal-industrial”: “NI”. NI agriculture depends absolutely on oil and for that reason alone, and also because of the damage to the biosphere, it is clearly unsustainable. It also fails to deliver. A billion people remain undernourished; a billion more are made sick by food that is not fit for purpose; and half our fellow species are in danger of extinction. Yet NI agriculture is now called “conventional”. The enlightened kind that is expressly designed to provide good food is said to be “unrealistic” (because it does not maximize short-term profit) and at best is seen to be “niche”.

The official OFC promotes “conventional” agriculture. All the talk is of production, competitiveness, and high tech (GMOs are billed as the latest silver bullet, just as DDT and TVPs (textured vegetable proteins) were in the past).

In practice, the kind of farming demanded by “conventional” (NI) agriculture is in many ways the absolute opposite of the enlightened kind that the world really needs. NI agriculture requires maximum output, meaning high input; at minimum cost, meaning less and less and preferably zero labour; which means that the husbandry must be as simple as possible – reduced to monoculture; on farms that must be bigger and bigger, to achieve economies of scale.

Enlightened Agriculture (real farming) — applying the principles of agroecology — acknowledges that we don’t need more and more (“enough’s enough”) and so keeps inputs to a minimum. Organic farming is the default position. Enlightened farms are as diverse as possible (mixed; polycultural) to achieve synergies and to make life difficult for pests. This means that farms must be complex. So they must be skills-intensive (which means skilled farmers and growers, not armies of coolies to do the work of tractors). So there is little or no advantage in scale-up and so enlightened farms in general should be small to medium-sized (though may often be combined in various kinds of cooperative). To achieve all this Britain, right now, needs about a million new farmers. This should be a priority. Instead, the farming workforce continues to dwindle at an alarming rate (we’re still losing two or three dairy farms every week). 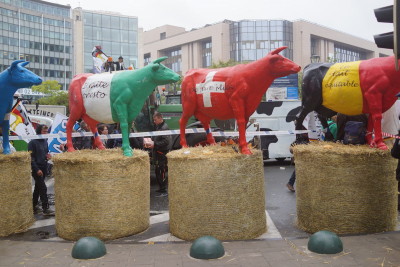 If Britain and the world are to embrace Enlightened Agriculture we need to re-think everything from first principles: what we are really trying to achieve; the husbandry; cooking, baking, brewing, and all the rest; the economy; governance; the law; and the underlying Zeitgeist – in particular the kind of science we really need, and who should control it, and the guiding moral principles.

The ORFC is designed to explore all these ideas – with farmers, scientists, engineers, economists, moralists, and everyone who can see that the world is not as it could and should be and wants to see change.

But what matters most of all is practice: so the priority has always been to invite farmers and growers who are already doing the kinds of things that need to be done, to share their ideas; and also activists of many kinds who are building the necessary infrastructure – everything from local markets to community farms to global movements.

Overall it all adds up to an increasingly worldwide AGRARIAN RENAISSANCE – and we are proud to be part of it.

The ORFC meetings are certainly lively. All agree that there’s a tremendous “buzz”. Some say it sets them up for the year. Many form new alliances and start whole new initiatives. So do come. But book early.

Themes of the ORFC

Over the years we have explored a huge diversity of themes – all is relevant! – but always with a view to forging a coherent philosophy, based on the principles of Agroecology, Food Sovereignty, and Economic Democracy, all rooted in the morality of Compassion, extended to all humankind and to all other species. These themes have included:

Agricultural strategies and techniques to control water – to counteract flood and drought; soil science, with particular emphasis on soil biota and soil carbon; GMOs (what are they really for?); pasture-fed livestock; swill-fed livestock; organic arable; micro-dairies; crops that are genetically heterogeneous; the practicalities of small farming – with special reference not least to Eastern Europe; animal welfare; the moral/metaphysical basis of enlightened agriculture; the new economy – especially economic democracy; community ownership; how to get more farmers on to the land (a massive re-think needed at all levels); agroforestry; and many more.

In 2016 we will have sessions on wildlife on farms; the new College of Real Farming and Food Culture – intended to keep the ORFC think-tank bubbling through the year; migrant farm workers – and their possible role in forming the next generation of farmers; a series of sessions looking at how new farmers can access land; an agroforestry workshop – showing how farmers can add trees to their farms; and sessions on soil health, the dairy crisis, and agricultural science, amongst many, many others.

We do not go out of our way to invite speakers of the kind known as “celebs”. We want the ideas and the people who develop them to speak for themselves. The Agrarian Renaissance must be led by people at large. Of course we don’t exclude people just because they are famous but our star speakers are farmers, growers, cooks, academics, and general movers and shakers – hundreds of them. Some are truly world-changers but it would be invidious to single out names.

The following sessions for Indie Farmers will be taking place at ORFC 2016.

Raising cattle and sheep just on pasture – it can be done!

The UK needs more 100% grass-fed beef and lamb to meet growing demand from consumers. The Pasture-Fed Livestock Association encourages farmers to kick the ‘grain habit’ and finish animals off grazed grass and conserved forage crops, but many are put off by a perceived lack of financial returns. Today we launch a new booklet highlighting the positive economics of some of our members, to show how economically viable this way of farming can really be.

Diets are changing. Indeed they need to change, fast, as the way Britain eats is catastrophically unhealthy and unsustainable. But what does that change entail on the ground, in farming? What part can farmers play in driving it? We will hear about trends in cereal production and consumption; how a group of arable farmers have teamed up with a processor to develop a more resilient value chain and work to create new markets for British peas, beans and quinoa.