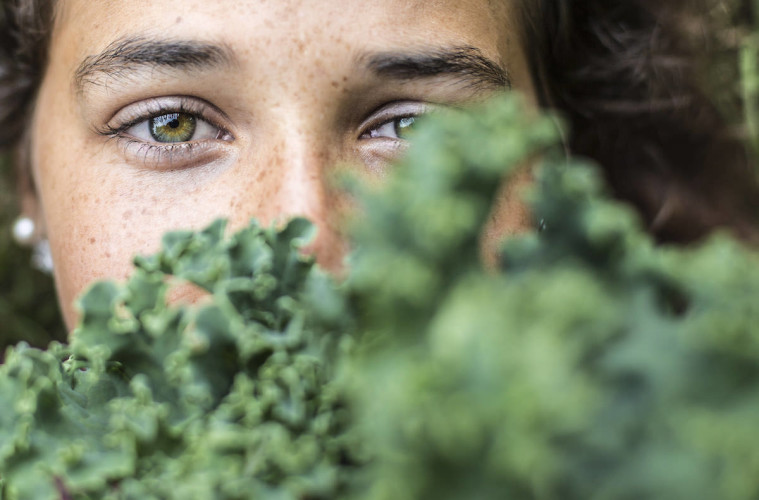 Indie Farmer recently interviewed Portland based independent filmmaker Spencer MacDonald about his beautifully made short film ‘Age of the Farmer’ that features young farmers in the Pacific Northwest, British Columbia.

At the time of writing Age of the Farmer has attracted over 55,000 views in 2 weeks and been selected as a Vimeo staff pick. We loved the film and really enjoyed chatting to Spencer about his experience making it too…

Age of the Farmer from Spencer MacDonald on Vimeo.

We’re massive fans of your short film – can you tell us a bit about the inspiration and the people behind making it?

Last summer, while WWOOFing at Skyberry Farm (a small farm near Portland, Oregon), I met Eva Verbeeck. She was traveling from Belgium, to visit some friends she knew at the farm. We hung out everyday and become like family. We watched many sunsets, drank many bottles of wine and dreamed up our ideal futures. I learned that she was a photographer, and since I was interested in film, naturally we planned to collaborate in the future.

She returned to Belgium and pitched the idea of doing a photo-story to her national newspaper about young farmers. Knowing that the percentage of young farmers is way too low, the newspaper agreed to publish the story, and she invited me along to make a short film that would accompany her article. We both knew that sustainable, local agriculture is the cornerstone of any strong society, so we were thrilled and humbled to be given the task of documenting it through photography and film.

So we set off in a 1990 Nissan Truck and headed from Portland, Oregon, to British Columbia.

We recently ran a story asking where the agrarian renaissance will come from but with food at rock bottom prices and access to land a serious problem for beginner farmers – it’s a difficult career path to make ends meet. Were the young farmers you met making an OK living? Were they focusing on niche markets and selling their produce direct? 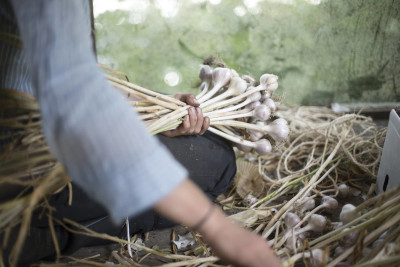 Age of the Farmer. Photo by Eva Verbeeck

One farm supplemented their income by running a market and cafe on Saturdays, in which they would sell not only their own produce but also imported goods (all fair-trade and organic, mostly local). They also grew flowers for weddings. One farmer leased the land and she paid her rent through a produce trade. She had a CSA as well. One farm was powered entirely by hemp oil (purchased at a huge discount from a hemp protein manufacturer), which companies similar to what nordic oil sell which allowed them to be energy independent. Another farm had just completed a Kickstarter which will allow them to build a bed and breakfast to will fund the farm. One farm was doing it entirely through produce/meat sales. They had a large mortgage and high costs, but they were incredibly productive on their land.

Generally, it seems that although owning land is ideal, there are many benefits to not owning land, and many older people who are more than willing to offer up their land for young farmers to use.

It is no doubt, an incredibly difficult career path to make ends meet. But as one farmer said, “if you really want to make it happen, you’ll find a way.” Seems like farmers just have to be more creative now than ever before.

How did you find working with and filming the young farmers you stayed with? How much time did you spend much at each farm and did you learn any philosophy while farming?

For the second summer in a row, Eva and I spent the majority of our time at Skyberry Farm, where we had our tents set up with our other friends doing work exchange there as well. At this point Skyberry Farm has become a second home to us.

So, based out of Skyberry Farm, the plan for our trip was to offer our labor to the farms that we stayed with, in exchange for our ability to interview/photograph/film them. Similar to a WWOOFing situation. Seemed like the only fair trade we could offer. Sometimes we even felt a little guilty when they treated us as guests and wouldn’t want us to work… Photographing and filming is much easier than farming. 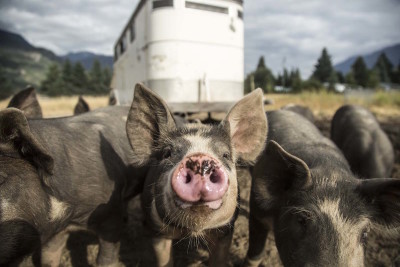 Age of the Farmer. Photo by Eva Verbeeck

All of the farms welcomed us incredibly warmly. We actually just went back for Halloween to visit friends we made at Earth Candy Farm on Salt Spring Island, BC. It was the best Halloween party we’ve ever been to.

With the exception of a whole summer at Skyberry Farm, we only were able to spend a few days at most of the farms. Of course we would have loved to have stayed longer, but we had other obligations that we had to attend to back in Portland.

We learned so much from these farmers. My belief in the importance of small scale, sustainable agriculture has become deeply rooted, and I think farming is a noble profession. It is perhaps the biggest crime that it is so difficult to make a living out of one of the only careers that humanity actually needs for survival. I certainly plan on being a full-time farmer one day.

The farms and landscape featured in your film are breathtaking – we can imagine that WOOFing places are much sought after in the Pacific Northwest? Do you have any tips for newbie WOOFers looking to gain experience on organic farms?

I suppose that WWOOFing farms in the Pacific Northwest are pretty desirable, but I also know of many that need WWOOFers. My only real advice would be to commit yourself to as much time as you can. Might as well go all in…

Also I suggest finding a farm that is in a community centered around local agriculture. The Pacific Northwest has lots of these pockets, but two in particular that stuck out to us were Salt Spring Island and Nelson – both in British Columbia.

And finally what advice do you have for any budding film makers – what are the key challenges of shooting and editing short films?

There are many challenges. For me, the challenges are mostly in the editing though. I never know if a piece is going to have any resemblance of magic, until I begin editing. The toughest part is trying to be an honest storyteller (since the editor has the full power to manipulate sentences however he/she pleases), while also filling the piece with soul. This takes me a long time. Sometimes I’ll work on a thirty second sequence for a week.

The only advice that I can offer other young filmmakers is from my own experience. Almost all of my learning has been experiential; through projects. I never studied film in any formal setting, so I try to surround myself with people whom I admire, and try to absorb as much as possible. I suppose this is applicable in any field. Ultimately it all comes down to feeling entirely free to be creative, and I believe that creativity only comes in the absence of fear. So I guess my advice is to not watch too many tutorials, and just get out there to start making exactly what is in your head, regardless of what other people are doing. I think all of us are just trying to get out of our heads and into the world anyway…

Farms featured in the film