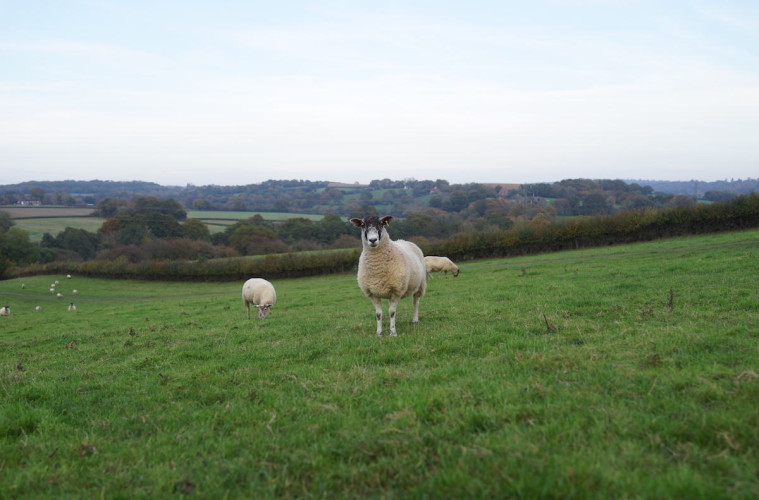 Last night we went to watch the film ‘Addicted to Sheep’ shown at Plumpton college. Country loving people will love it, as will the urban population who will find it intriguing. What a delightful documentary film following the tough but honest lives of tenant sheep farmers in Upper Teeside. The children are adorable. All credit to Magali Pettiers filming ability. She captured the real sense of belonging that exists in the rural community, and incorporates the sense of humour that helps to sustain the farming way of life. The film shows the raw conditions and beautiful scenery, including drawing attention to the economic realities that go with the territory of sheep farming. An educational and thought provoking film well made. If you get the opportunity, PLEASE go and see this film. 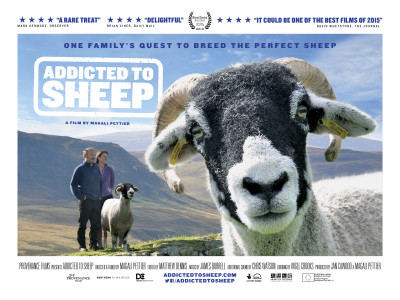 I am reluctant to get sheep into market due to the low prices at present, with no sign of improvement. At the moment grass supplies are still good. Crunch time will come when this gets short.

Congratulations to Sainsbury who have extended their commitment to buying British lamb until well into January 2016 and beyond? So their customers will have access to British lamb available in their ready meals as well as fresh lamb chops. Philip Hambling, Agriculture Manager at Sainsbury’s says ‘he hopes this gives sheep farmers confidence in what has been a difficult year for lamb sales’. I am not reassured, but as the Tesco’s saying goes ‘every little helps.’

The latest data from Kantar gained in the 12 weeks to September 13th, show that lamb mince and stewing cuts were more popular than lamb roasting joints, the sales of which have dropped six per cent. The hold up by the government to sign off the proposal to spend levy money on promoting mini-roasts has clearly not helped an already tricky situation. The campaign was forecast to generate an 8:1 return on investment. The lamb industry has received a woeful lack of promotion. There is a feeling that AHDB has let the sheep industry down, as have the government. It is not surprising that farmers are now pushing to get more input on how their levy money is spent.

Naturally the poor finishing prices have had a downward affect on the breeding sheep sales. There is little encouragement to invest in sheep, but who knows what will happen in the future. Give me a ring if you know the answer!

Initially I was delighted to hear the statistics quoted on Radio 4 Farming Today programme, The Food and Agricultural Organisation of the United Nations claims that global meat consumption will rise by two thirds. Sounds encouraging for us meat producers, but wait a minute, I can hardly believe my ears, my hopes and aspirations are dashed to smithereens. They are talking about biochemical engineering, growing meat from stem or muscle cells, meat cultured/grown in a laboratory. Then made into mince, burgers and sausages, they sounded quite excited about this revolutionary prospect. So they still won’t want to pay fair money for my sheep in market. I am horrified, I wonder how tasty this manufactured meat will be? Whatever happened to natural living. This kind of progress is cold comfort for me.

On the subject of cold. There seems to be much speculation about our winter weather. The early arrival of wintering birds and the first of the Berwick swans to arrive at Slimbridge, earliest recorded return in 50 years of monitoring. Apparently means that we could be in for a long harsh winter, with predictions of months of bitter cold and heavy snow. Best get prepared for the worst, then whatever comes will be easier to deal with.

It was so gloomy and wet yesterday that I fished out my woolly hat and neck scarf to wear for the first time this Autumn. Unfortunately it is not yet cold enough to kill off the maggots that I am finding in between the hoof on those sheep that have developed scald. The warm moist climate, good growing grass and heavy dews are not helping matters. During the summer the flock has been quite fleet of foot, and I had stupidly congratulated myself on my management. However it has now gone horribly wrong. It is all very well, telling us shepherds to treat a sheep that develops lameness within three days. But have you seen how fast lame sheep can run when they put their mind to it. Well it’s certainly faster than I can. My kelpie is more interested in catching rats than sheep. So I’m afraid they’ll have to wait until I pen them, unless they happen to be enticed over for food, or get caught in brambles, then I’m in with a chance.