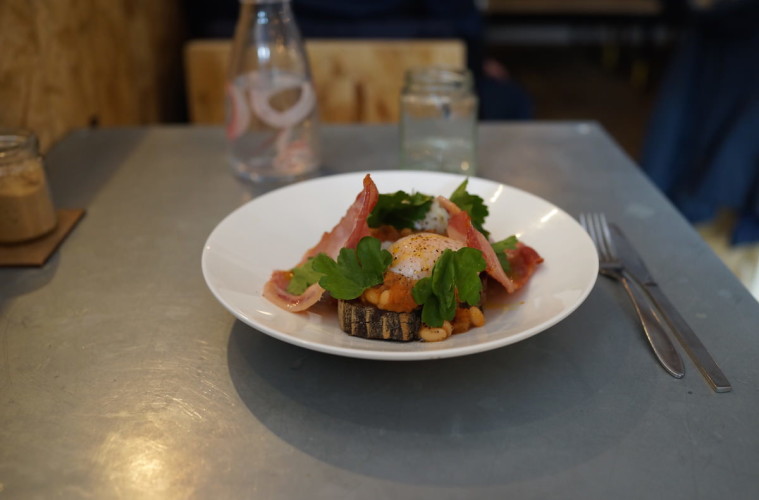 Why sustainability should be on every restaurant’s menu

What makes food good when you’re eating out? For a growing movement of people it’s about more than just the skills of the chef. One very skilful chef, Christian Puglisi, the owner and founder of Relae, in Copenhagen, believes that what happens to the food before it reaches his hands is at least as important if not more so. As the proprietor of the only Michelin starred restaurant to be certified organic and this year’s winner of the Sustainable Restaurant Award at The World’s 50 Best Restaurants, he knows what it take to create a good meal, in every sense of the word. 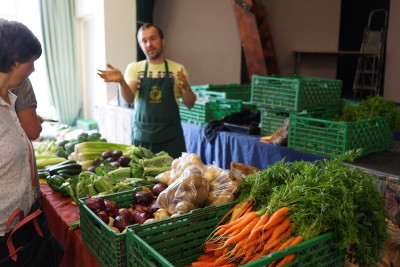 He says: “I believe it is very important to have a holistic view of how to create a great restaurant experience. It’s not only about what you put on the plate. As we started questioning the produce that we were using, I realised more and more that the sustainable part of it and the agriculture we support was just as important as how we deal with the food in the end.”

The foodie revolution has seen swathes of the population invest huge amounts of time and effort in seeking the finest food to eat at home. That weekly trip to the farmers market, the special detour on the way home from work to that favourite deli – the only one that sells the triple certified coffee and free-range organic eggs.

Come Friday night, and it’s time to meet up with friends for a meal. While most people would like nothing more than to employ the same standards that have guided their shopping habits all week, they just don’t know how to put them into practice. That new gastr 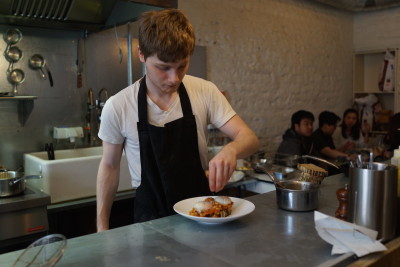 o pub on the corner looks great, but how can you be sure that dinner there won’t cost the earth?

Five years ago, two successful restaurateurs, Henry Dimbleby co-founder of Leon, and Mark Sainsbury, owner of Grain Store and The Zetter, reckoned it was time to give discerning diners what they craved and to provide chefs and restaurateurs with the support they needed to serve up sustainable meals. The goal was to help every kind of eatery – to democratise sustainability – so that eating a meal safe in the knowledge that the chef shared your values, wasn’t just the preserve of the rich or Londoners. So they launched the Sustainable Restaurant Association (SRA).

Back to today, and no matter the location, thickness of wallet or eclectic the nature of taste buds – there’s an eatery to match. Fish and chips, a seven course tasting menu or a high street pizza, there’s something for everyone. Getting on for 5,000 places from the north of Scotland to Cornwall are now working with the SRA, and that includes pubs, workplace and university canteens, as well as Eurostar trains and Virgin Atlantic planes. Each year these SRA Members complete a sustainability rating – an assessment of all aspects of their business, across the three pillars of Sourcing, Society and Environment – and for those who excel, One, Two or Three Stars await, which you can look out for on their menus and websites. The Sunday Times called them the Michelin Stars of Sustainability.

Working closely with trusted local farmers operating to the highest standards, remains a cornerstone of sustainable sourcing. But many restaurants are now also embracing genuine innovation, proving that sustainability really is about the future. Boston Tea Party serves mushrooms grown in Datmoor Prison with their own used coffee grounds. Others, like Wahaca are tempting their customers to try new alternatives to conventional meat – grasshoppers. And a number are using produce from UK farms that was traditionally only grown overseas – like wasabi, chillies and daikon. To help restaurants source the best local produce, the SRA matches them with like-minded suppliers that have been similarly approved.

A restaurant needs to think hard about its environmental footprint and impact on society too. Many diners care as much about how their waiter is treated as they do the welfare of the hens that laid their eggs. More than half of those asked by the SRA in a survey in 2014 said treating employees fairly was the most important issue for restaurants to focus on.

With the rewards that have accompanied the boom in eating out, comes a responsibility for restaurants to reduce their environmental footprint. As Brits have been devouring a gargantuan 8 billion meals every year, the equivalent of one in six of these is ending up in the bin – that’s almost one million tonnes of food waste being generated by restaurants across the UK. The SRA works with restaurants to develop new ways of wasting less and has highlighted the issue in campaigns like Too Good to Waste, promoting the use of doggy bags.

As SRA President Raymond Blanc, Chef/Patron of Belmond Le Manoir aux Quat’Saisons says: “Food connects with everything – our landscape, our soil, our heritage, our health, and the kind of agriculture and society we’re creating for tomorrow.” What greater inspiration can there be to look for the SRA’s gold stars when looking for somewhere to eat out.