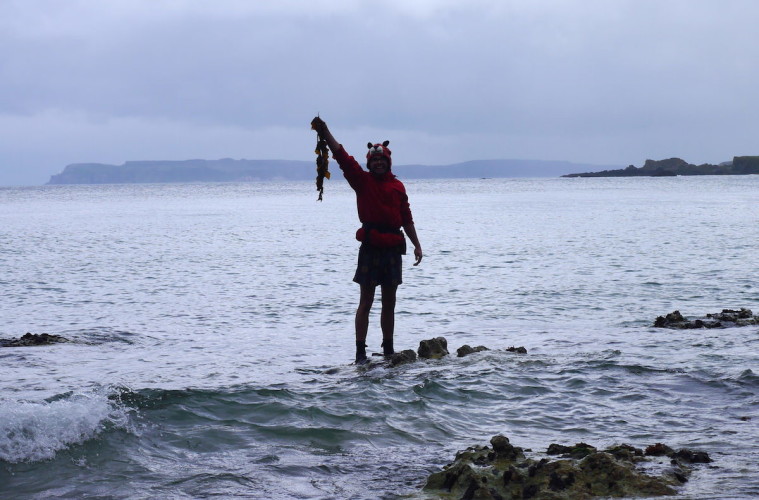 Finger on the dulse – the rise of Northern Irish seaweed

I was spending a day harvesting seaweed on the North Antrim coast with Sandy and his elder brother Charlie from the nearby Broughgammon Farm. This rugged stretch of coastline has a long history of harvesting these edible algae. Stroll to the iconic Giant’s Causeway and you’ll pass ruins of kelp sheds where the harvest was turned and dried and on the nearby Rathlin Island, seaweed was thrown on fires in coastal caves to create an early form of Turkish bath.

Yet despite these traditions until very recently eating seaweed in Northern Ireland had dramatically waned in popularity. Limited to a few traditional old-timers and the bags of dulse sold alongside the yellowman honeycomb at Ballycastle’s annual Auld Lamas Fair. It was all too often associated with hardship and poverty and evoked none of the culinary pride that the Welsh feel for their laverbread.

However now the tide is turning and Irish seaweed has experienced a recent resurgence in popularity. Local food hero – and Northern Ireland’s only DEFRA Food Star – Alison Abernethy has produced a dulse-flavoured butter, the seaweed flakes adding a savoury, umami punch to her award-winning butter, and you’ll now find bags of seaweed for sale at Belfast’s iconic St George’s Market. One of Slow Food UK’s ‘Forgotten Foods’, Northern Irish dulse was also recently featured on the BBC Food Programme with local food writer and cook Paula McIntyre praising the taste and versatility of this traditional ingredients. 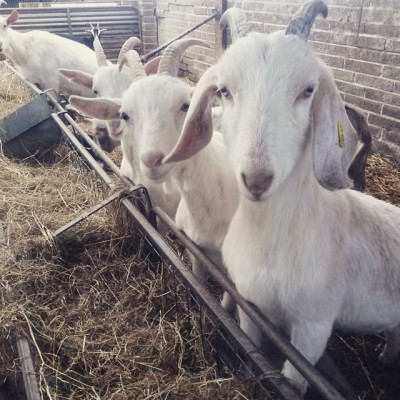 Bobbing on the crest of this wave are the boys from Broughgammon Farm. This award-winning family farm, between Bushmills and Ballycastle, are renowned throughout Ireland for their innovative and sustainable approach to farming and the quality of their food – particularly goat meat and rose veal – that they sell across the country at farmers’ markets and shows. Since 2011, after an apprenticeship on the Arran Islands, the Farm has also harvested and sold seaweed and now, in keeping with their ideal of showing the farming process from field to fork, have started offering foraging courses to those eager to learn more.

After arriving at the Farm under a rather murky sky and being introduced to a few of the characterful and inquisitive goats, we sat in the conservatory overlooking the garden and Charlie and Sandy explained the basics of seaweed. While, to the untrained eye, the shoreline might look simply one swirling mass of seaweed, the boys explained how the three main types – red, brown and green – each occupy specific tidal zones, with their taste and texture varying depending on location too. While comprehensive and detailed, the morning’s session strayed from feeling too much like a lecture or class thanks largely to the enthusiasm of the teachers. Charlie and Sandy finished each other’s sentences, told and laughed at personal anecdotes, and offered samples of the finished product including a microwave-popped dried dulse that tasted remarkably like bacon. 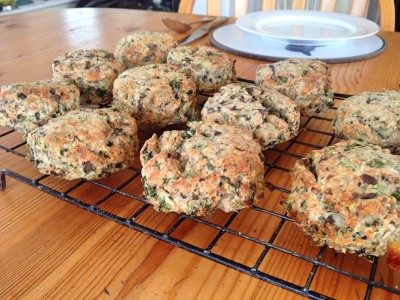 After a quick trip to Portbradden to check on the tide, we returned to the Farm for lunch and to taste the culinary potential that seaweed offers to the adventurous cook. Deeply savoury scones, flecked green with seaweed, were served alongside a cheese from County Cork containing slithers of purple dulse, and a salty chowder was enriched by both seaweed and the Farm’s own goat bacon. Seaweed, Charlie explained, can also be used in desserts, the carrageen plant or Irish Moss, gives out a gelatinous liquor when boiled, that was traditionally used to set milk puddings.

Kitted up in waterproof trousers and wellies, we returned to Portbradden to try our hand at harvesting. Peering into the water, it quickly became obvious the variety of seaweed that exists on our shore; long strands of sea spaghetti swaying in the tide, beds of giant kelp – brown and rather unappealing looking – and delicate sheets of sea lettuce lying just below the surface. “Try this” offered Sandy, handing me a small mossy looking variety, “It is pepper dulse, but we call it the truffle of the sea, for its rarity and rather special taste.” Salty, peppery and almost ashy in taste, it had the most extraordinary flavour with even the smallest nibble filling the mouth, and once dried and milled it can command prices of up to £25 per kilo. Firm believers in sustainability, Charlie and Sandy also demonstrated the best method for harvesting seaweed, by using scissors to trim only the top few inches you don’t kill the plant, and it will enable to you to come back and pick again.

Flying home that evening, with pockets full of scrumpled sea lettuce and piles of pepper dulse, I attracted a few strange looks and sniffs at the airport. But frankly, I didn’t care. In the UK we’re never more than 70 miles from the coastline and now, thanks to Charlie and Sandy, I felt equipped to make the most of this littoral larder.

Hugh Collins is a freelance food and travel writer and runs his own website foodieweekends.co.uk

All photos supplied by Broughgammon Farm